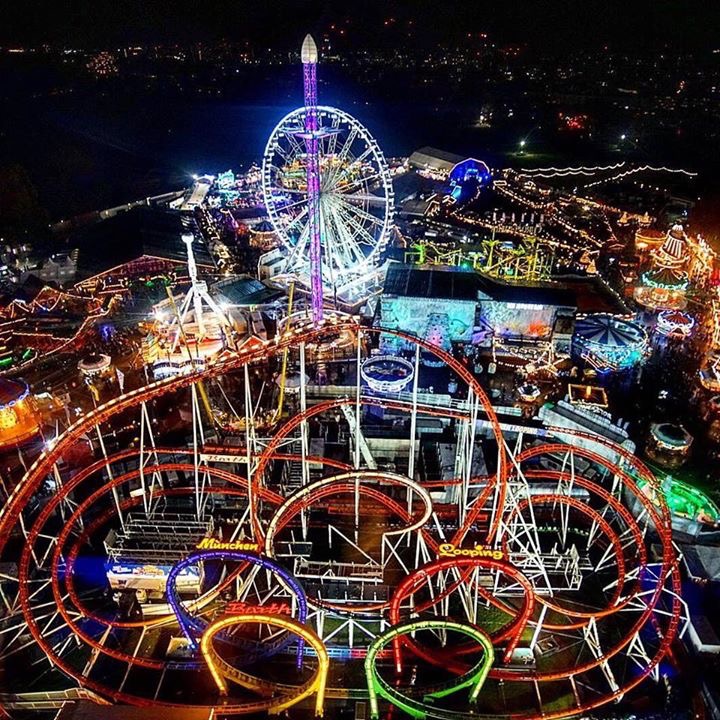 Have you been to Hyde Park Winter Wonderland in London? We were recently invited to revisit and we had a great day out.

We normally steer away from anything that requires any expense and save such visits for a treat but we visited last year and it was a lovely way to grasp onto the festive season. You guys know how frugal we are! And travelling to London during the festive period is also something that we would usually avoid but we took the opportunity to meet up with biggest Ms FD and enjoy a family day out.

Winter Wonderland is neatly snuggled within Hyde Park and is seasonally home to an array of amazing things to do: ice skating, an enormous fun fair, a huge Bavarian Village, plenty of food markets and the fabulous Zippos Circus! What more could you want?

It really is like stepping into another world right in the heart of London. 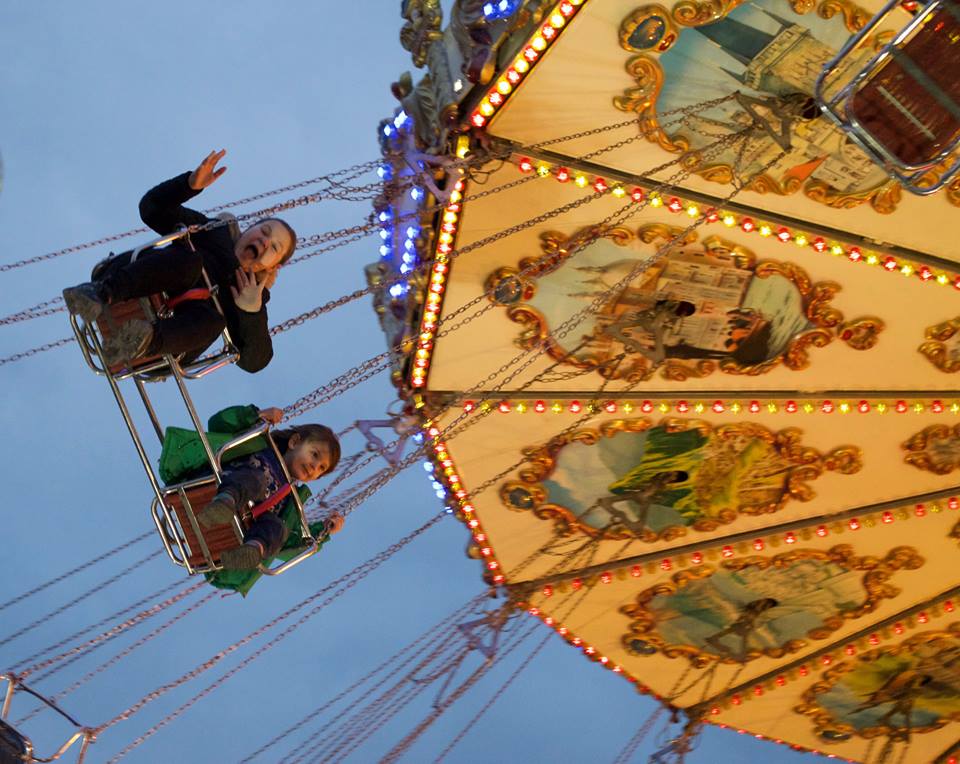 Our first stop was at the big top to see the Sooty Show. Aimed at younger children but enjoyed by all of ours, the show will have you laughing from the start. You’ll also get a bit wet if you sit near the front but no-one complained as we were having so much fun.

The Sooty Christmas Show is on every day at 11am in the Megadome which means you can take younger children when Winter Wonderland is quieter in the mornings. The timing is good for fitting in between school runs and giving the preschoolers a treat.

Alongside the nation’s favourite bear, the show features Sweep, Soo, Butch (I don’t remember him but he fitted in well) and TV’s Richard Cadell. It’s a mix of magic, music and with plenty of audience participation. You really don’t have to be a Sooty fan before as it’s simply great family entertainment.

Visitors to The Sooty Christmas Show are also greeted by either a big Sooty or Sweep mascot every weekday from 10:30am, prior to the sparkling new production.

(Do note, while you can take photos during the circus shows in the Megadome you can’t during The Sooty Show.) 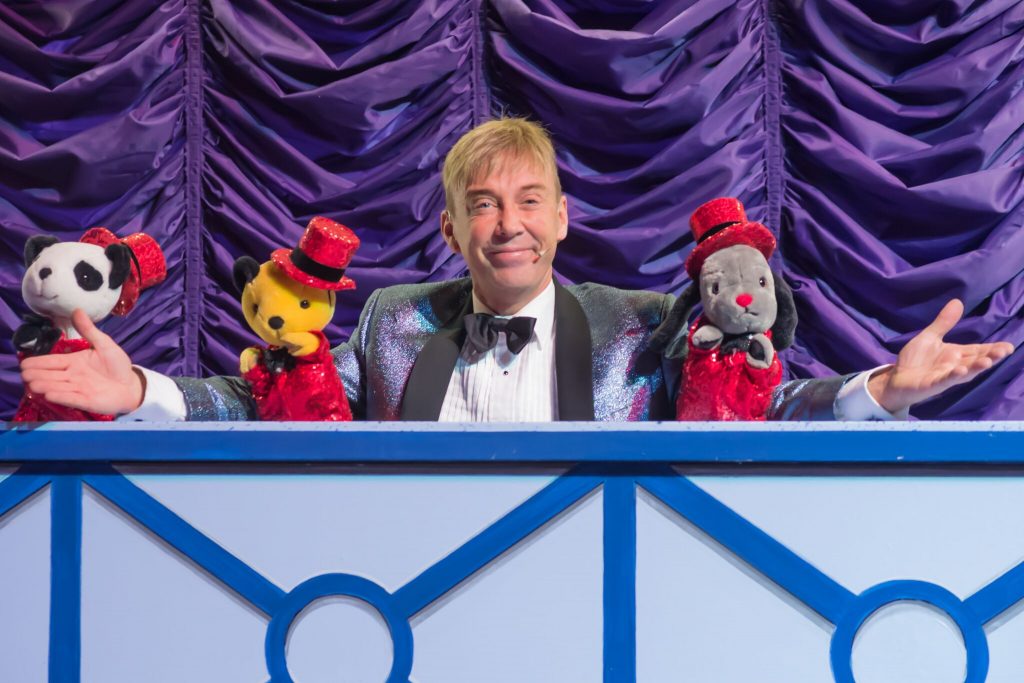 It was like stepping back into my childhood! A real classic that never goes out of fashion and is loved by all generations. The teenagers were starstruck and the smaller children were fully engaged in the show.

The performance was about 45 minutes long so just right as the kids didn’t have the time to get bored.

Did I mention it’s the real Sooty and we met him! 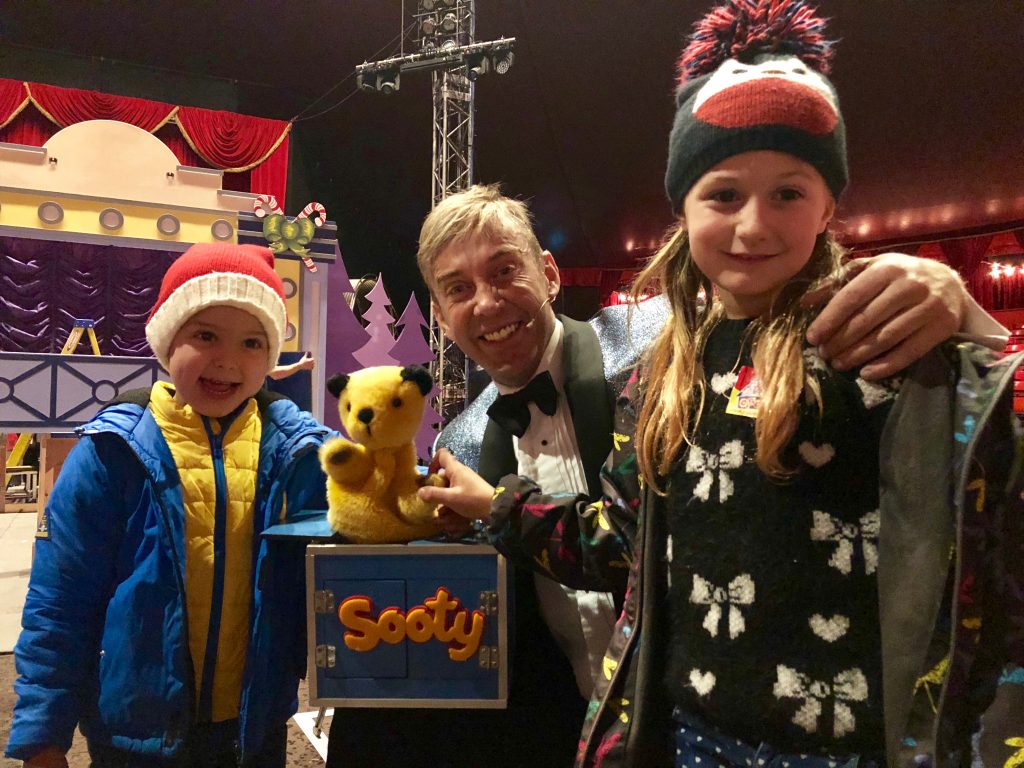 Family favourite Zippos Circus is back at Winter Wonderland with their all-new daytime show. The Zippos Christmas Circus this year is called Lights, Camera, Action! 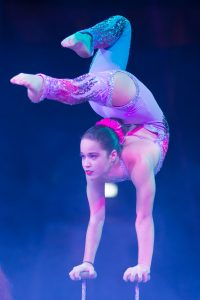 Just like The Sooty Christmas Show, the circus is only about 45 minutes long which means you get to warm up in the Megadome (it’s a huge heated circus tent you can see from all across the Winter Wonderland site). And it’s not so long that the kids have time to get bored. We found it a welcome break from the cries to go on rides and a chance to sit down and embrace family time without having to keep doing head counts as we knew where everyone was.

There’s a story running throughout the  Zippos Christmas Circus with a funny man who wants to direct a film but keeps getting things wrong. And the ringmaster looks just as you want him to with a red tailcoat, white gloves and a shiny black top hat.

The show includes acrobats, amazing lasso skills, an illusion act from Richard Cadell (yes, the one in the Sooty Show!), an incredible spinning wheel act where the performer worried the grown-ups and impressed the kids by going round blindfolded and dancing polar bears! It’s the act that was on Britain’s Got Talent last year and we all loved it. 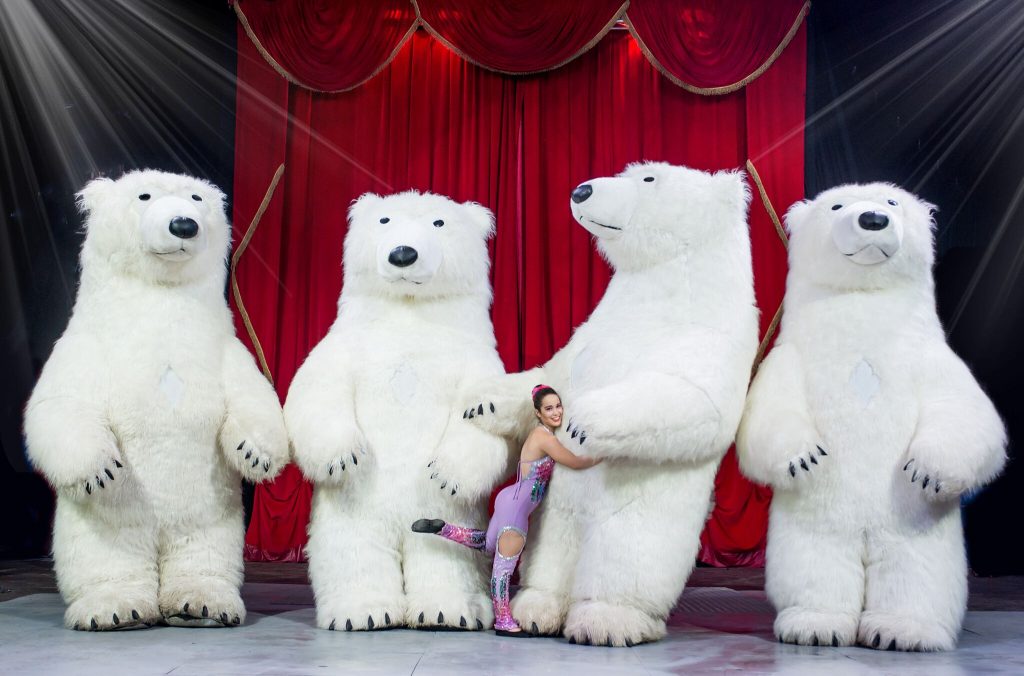 After enjoying all the fun of the circus we took the rest of the day to watch Winter Wonderland come alive with bright lights as the daylight faded. We had a good few hours of light left to find somewhere to eat first. 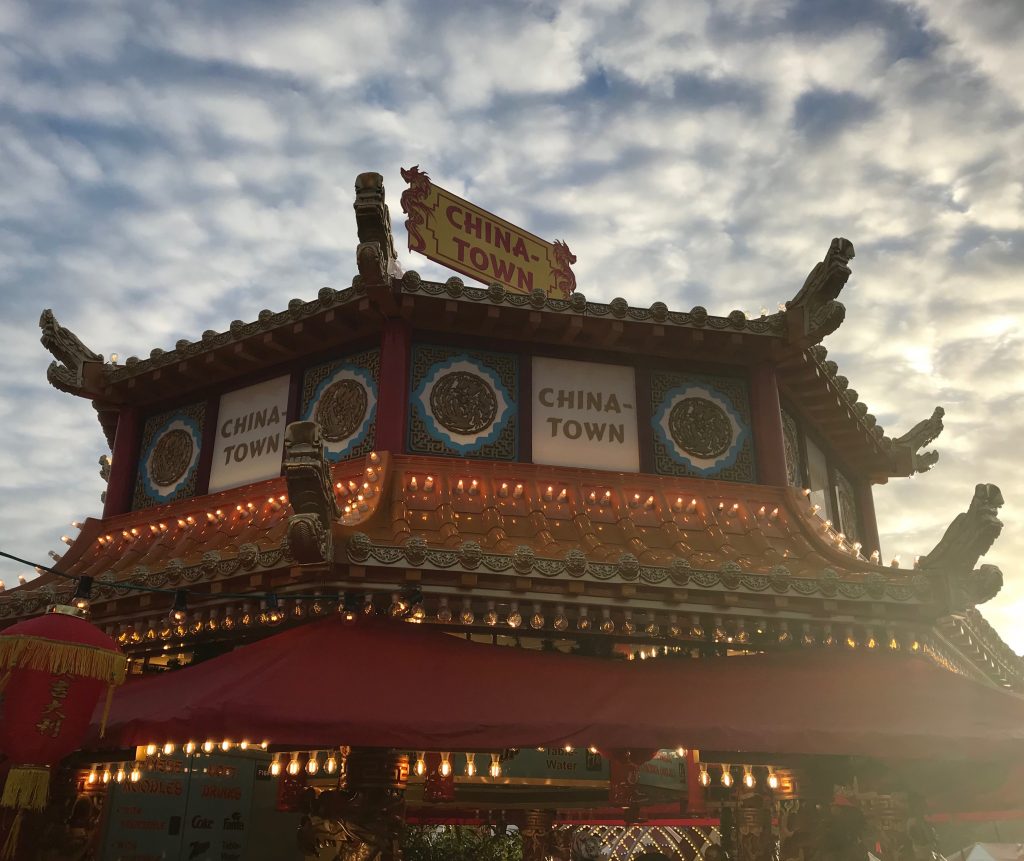 And there’s a HUGE choice of foods: sweet, savoury and festive. 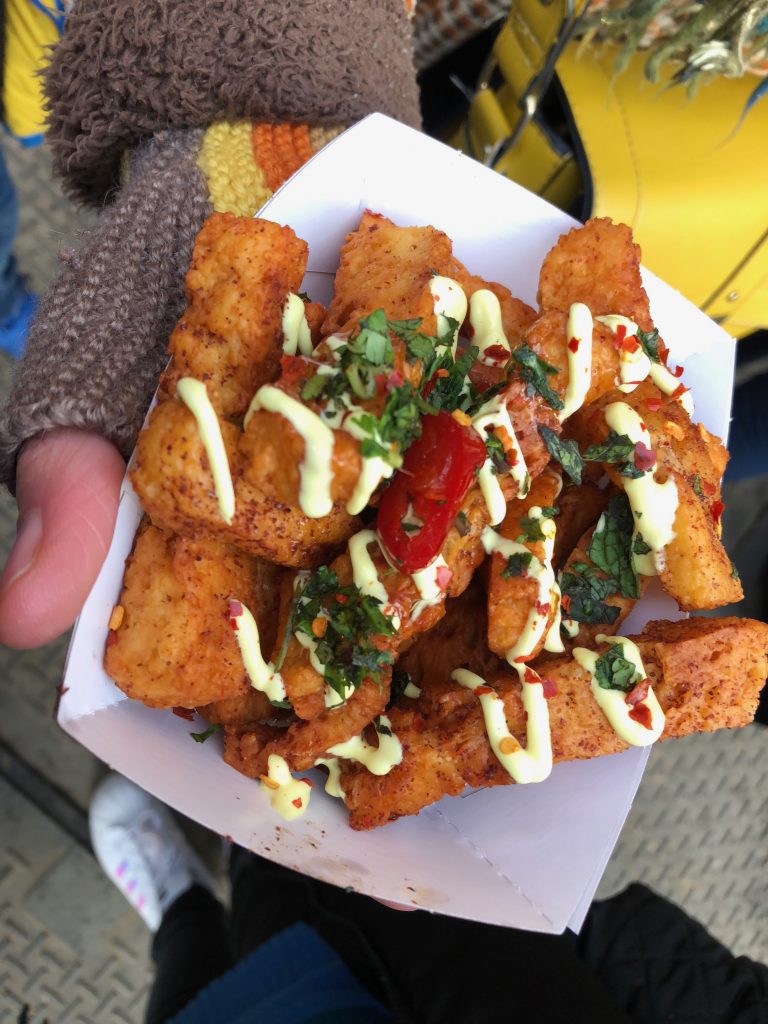 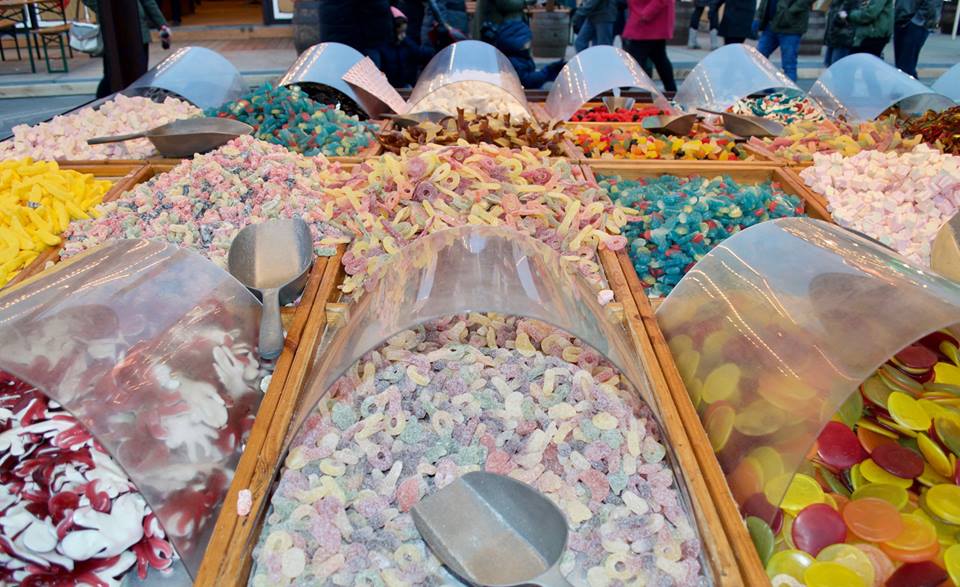 Then onto some rides. Make sure you take your purse because I’m not going to lie, you could spend a small fortune on them. But they were fabulous. 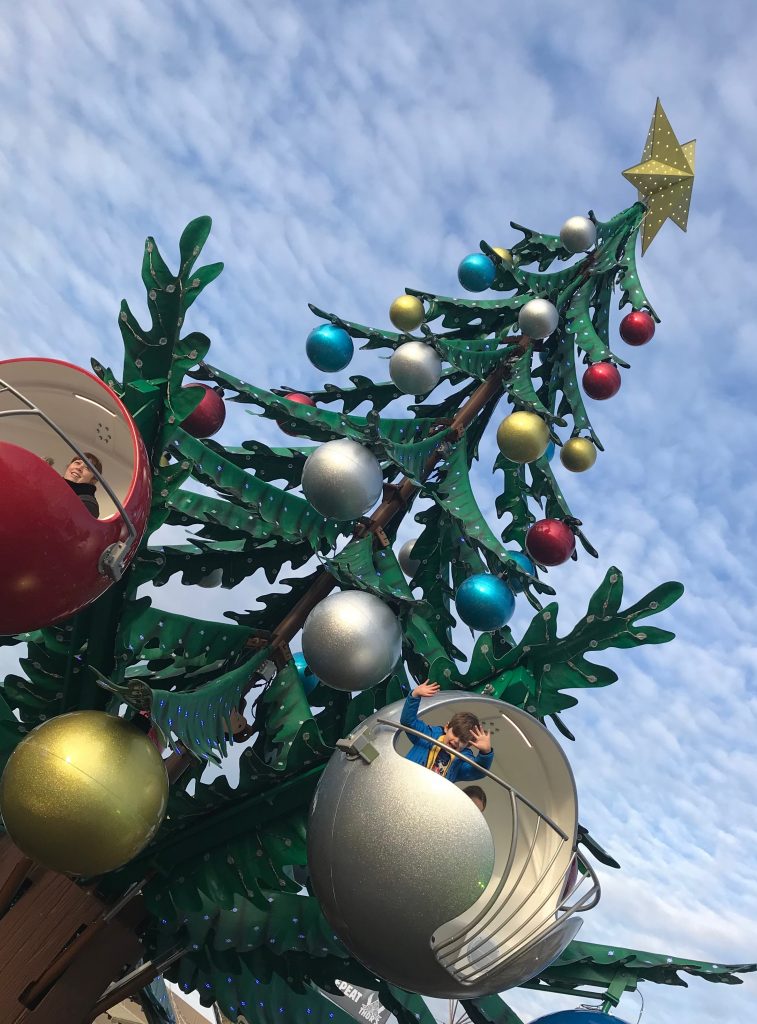 And there was something for all ages of thrillseekers, just look… 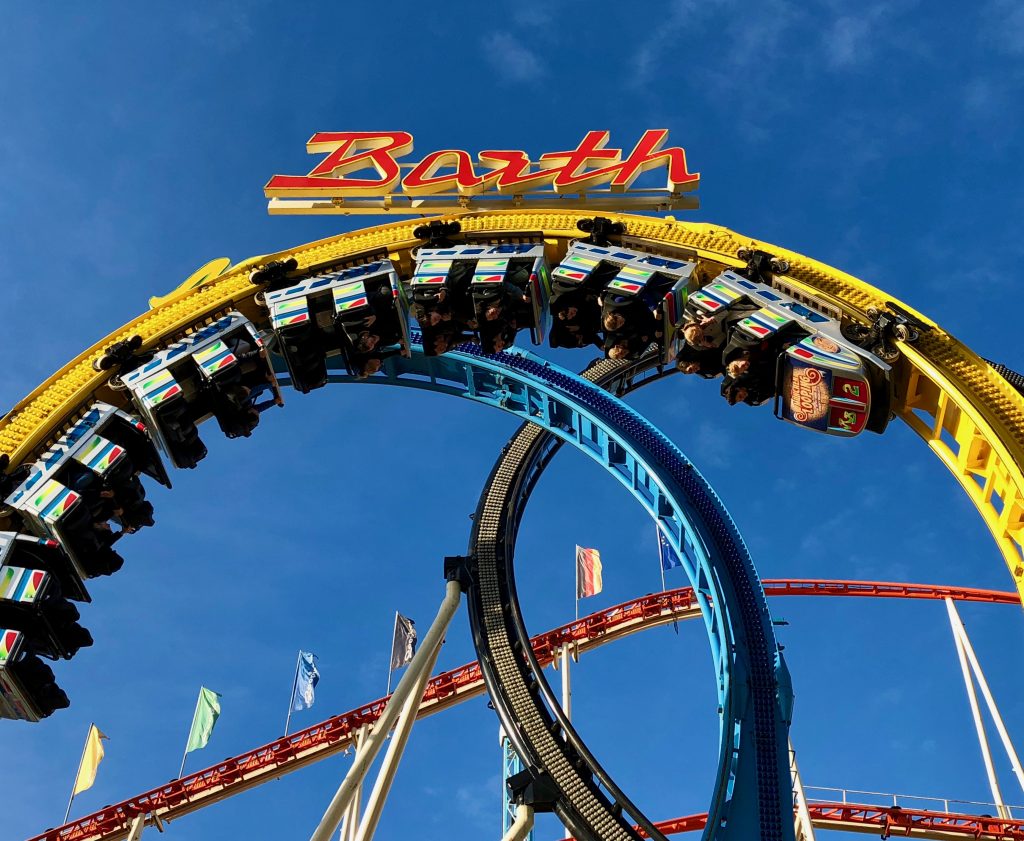 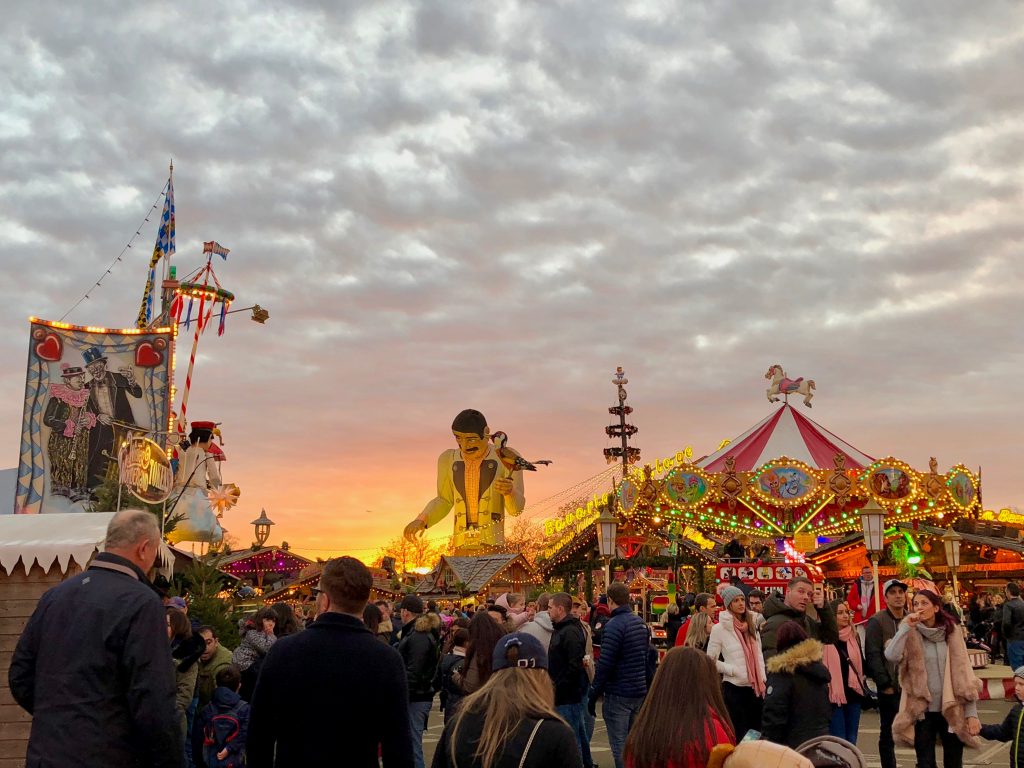 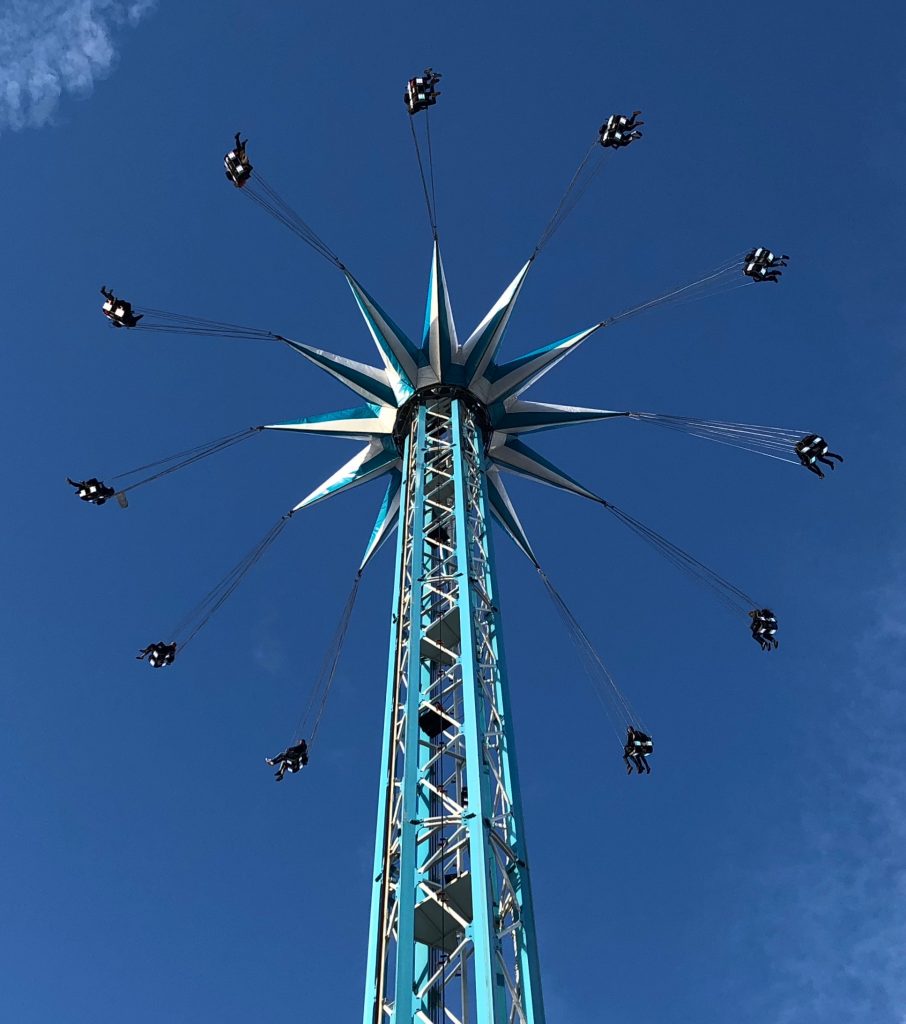 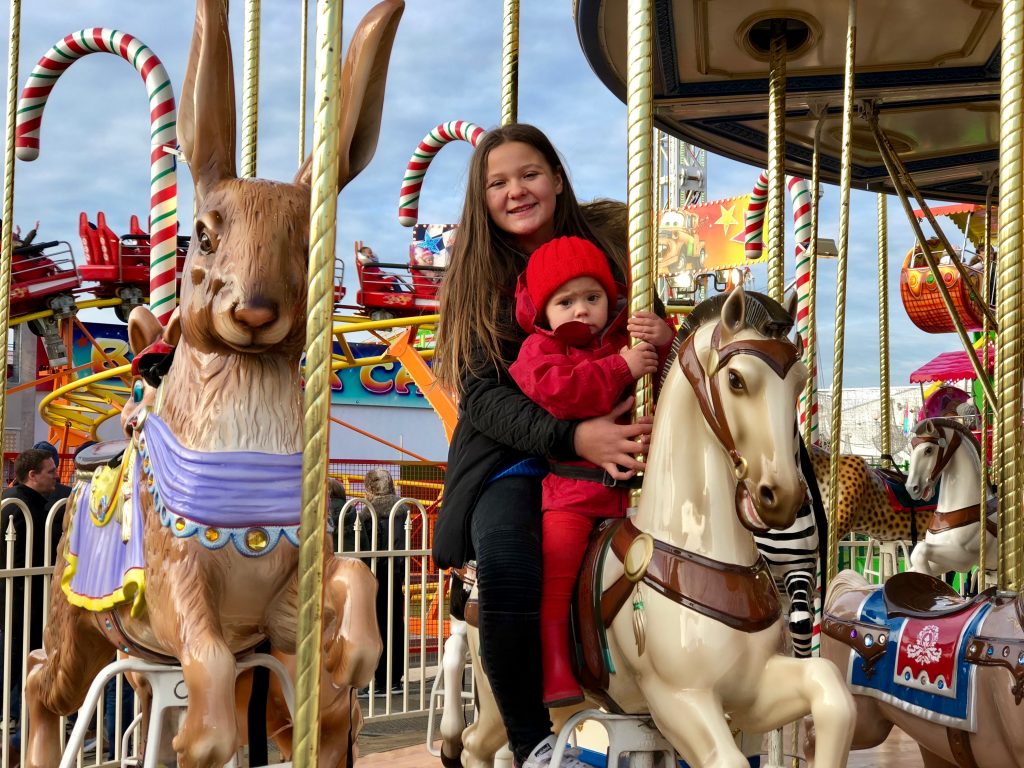 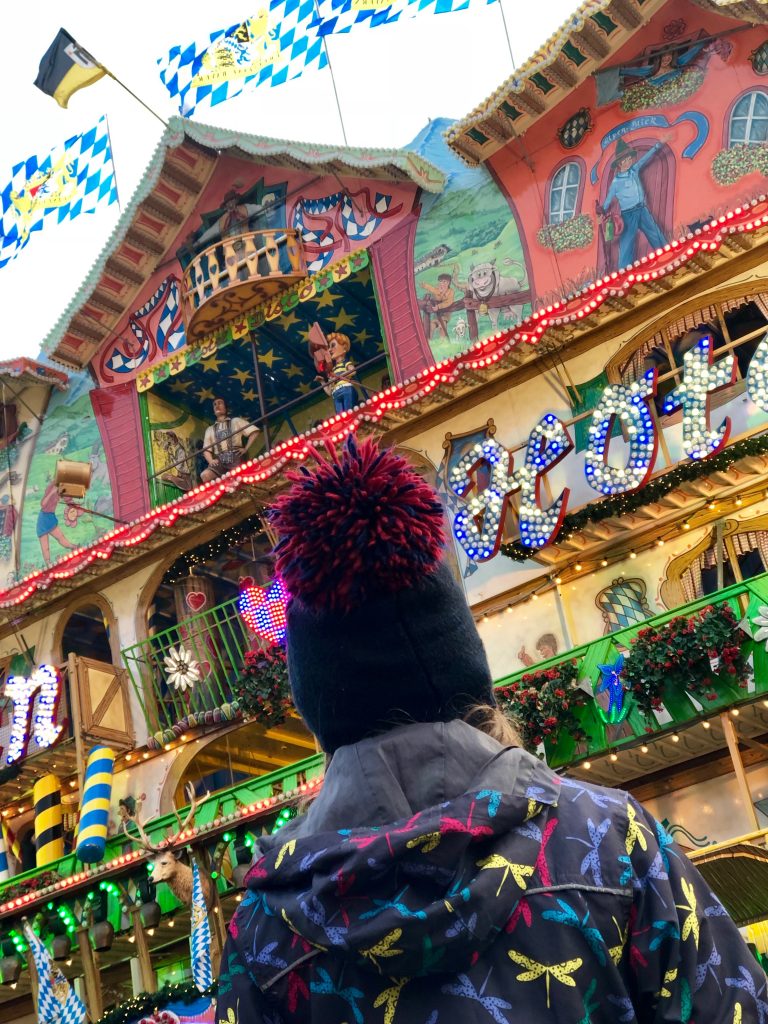 I’d definitely recommend taking a stroller for small children as it gets incredibly busy and the Winter Wonderland site is really big so there’s lots of walking. 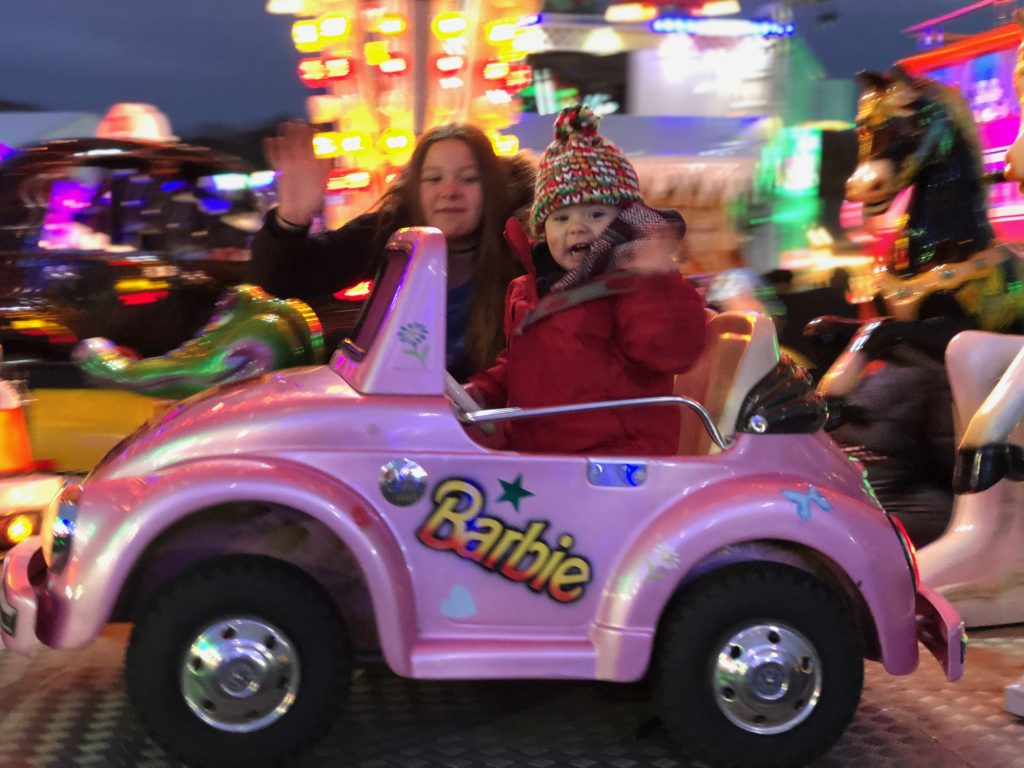 And when darkness descends the whole place looks awesome. 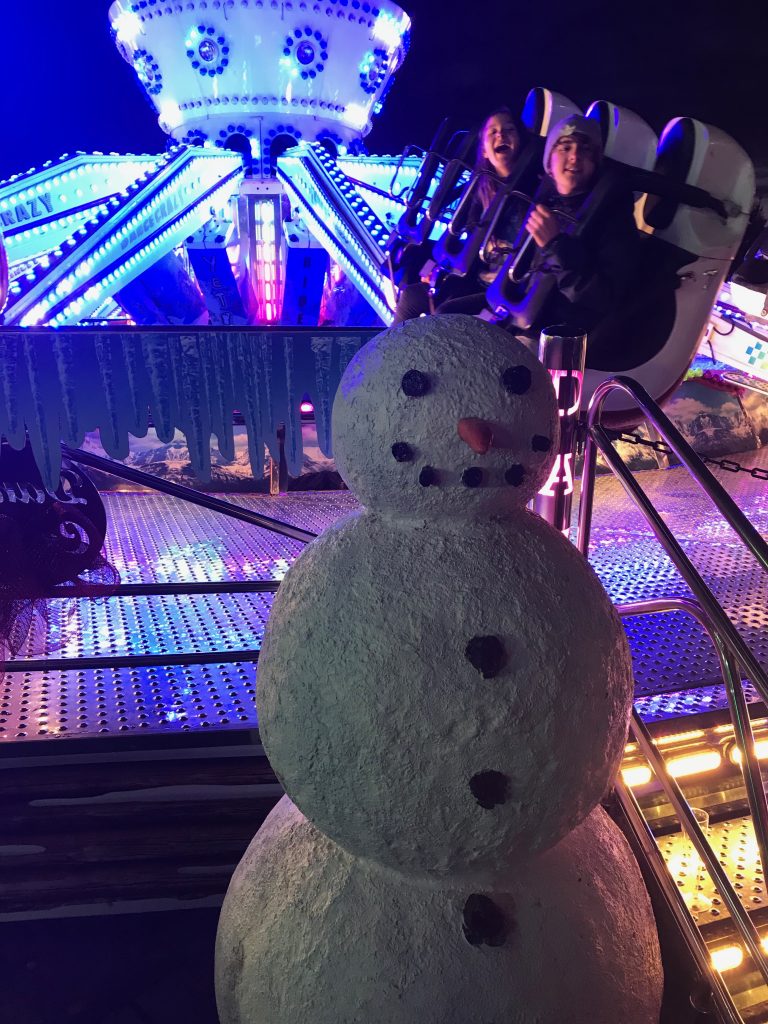 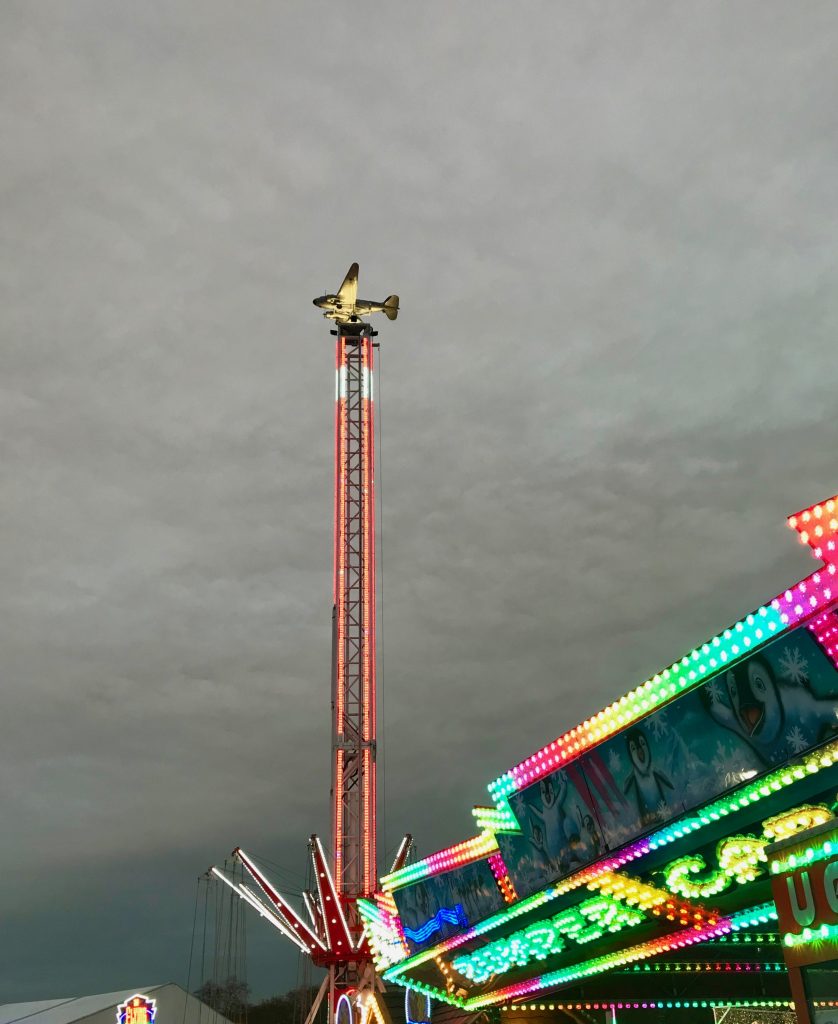 Visiting an attraction like this is usually something we would consider carefully but I have to say that, as a family, our day out in London fully deserves a thumbs up and I can definitely see it becoming an annual treat to kick off our Christmas fun.

Yes, it can be expensive as you could easily spend oodles of money but as a treat day out it was most definitely worth it. And it is free entry so you don’t have to spend a fortune and could just visit to absorb the Christmas atmosphere. 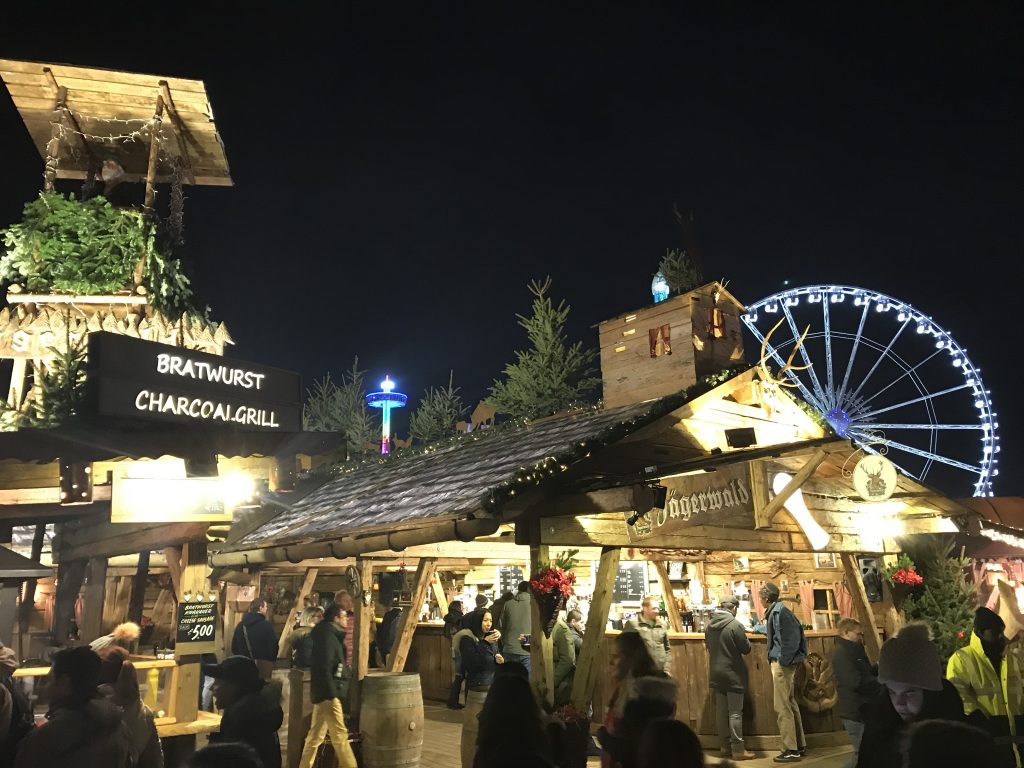 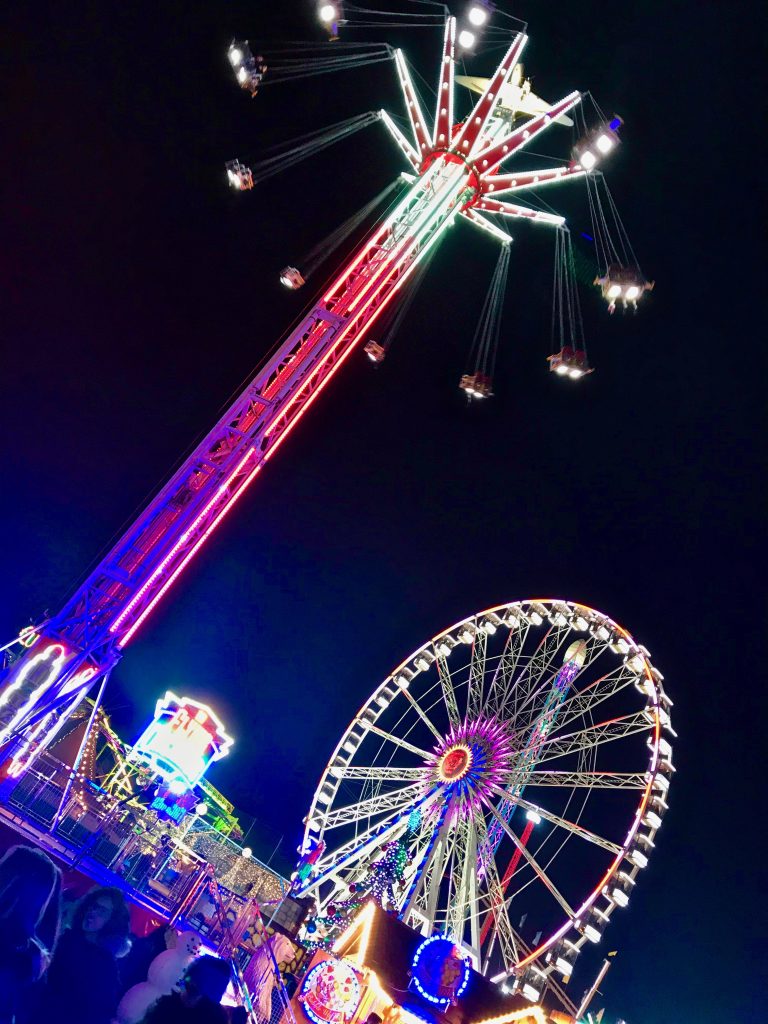 There are other attractions at Winter Wonderland that we’d love to see next time. Cinderella on Ice is new this year and looked wonderful. The teenagers want to see the evening Cirque Berserk show and we all want to go ice skating at the largest open-air ice rink in the UK. 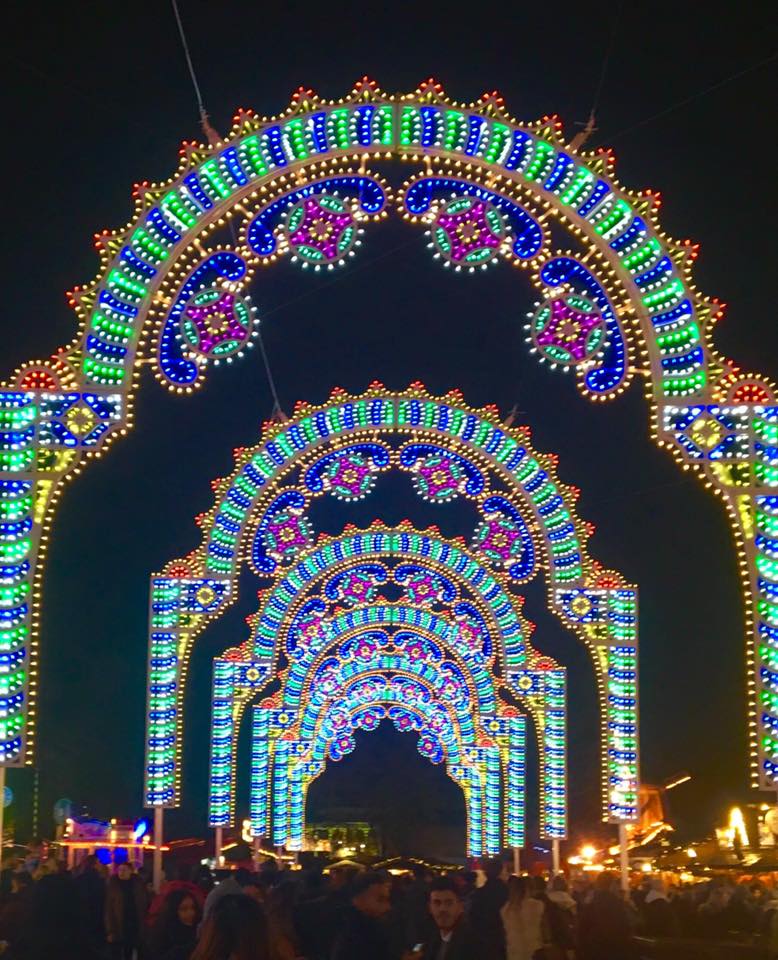 You can follow Winter Wonderland on all social platforms for up to the minute info (Twitter is particularly useful on the weekend for advice if there are queues at particular entrances).

Disclosure: As a real treat, Winter Wonderland invited us as guests for a second year running but this is an honest review and we’re planning to go back again before it ends. As a family, we couldn’t recommend somewhere we wouldn’t go ourselves and next time we’ll be paying as the kids want to go back soon! It’s highly recommended as a treat.

All The Fun of The Fair at Winter Wonderland