You are here: Home / Mummy Musings / A Week At The Kitchen Table 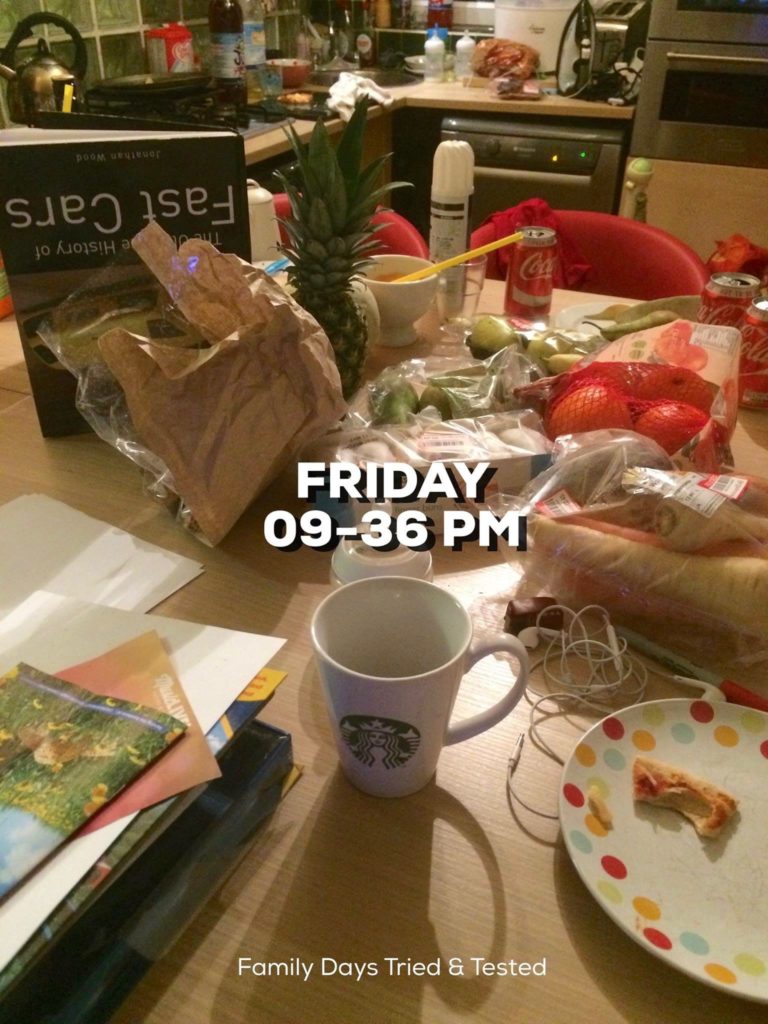 ‘I DID TIDY UP’… that’s what I find myself saying ALL THE TIME.

And it’s true, my days seems to be on a loop of putting the house back together only for it to descend back into complete chaos again in the blink of an eye and then the process starts all over again.

I spend my days with mixed emotions ranging from an elation that it’s tidy all the way through to an unwelcome realisation that I’ve suddenly gone back to square one again and am left having to muster up the enthusiasm to start all over.

I hear you cry ‘Ignore the mess! Play with kids! They won’t remember the mess in years to come! Make memories while you can!’ but seriously, it doesn’t work like that. That’s a statement thrown around in an idealistic world without a grasp onto everyday reality.

Yes I do play with the kids, we make fabulous memories, yes I do ignore the mess, I close cupboard doors, I turn a blind eye to bedrooms, I let the laundry build up until we have no pants and socks but I DO TIDY UP, sometimes not so well and sometimes excessively, sometimes in speed cleaning spurts half an hour before my partner returns from work and sometimes solidly from dawn to dusk…it varies. I’m good at rallying the kiddy troops and excel in household delegation BUT I DO TIDY UP because if I didn’t we would all get lost under a pile of ‘stuff’, we’d spend more time looking for ‘stuff’….good ‘stuff’ wouldn’t get done.

The reality is ‘stuff’ needs to be done.
It may seem like a wasted process but it’s a necessity.
It’s repetitive and familiar.

I’m not organised enough to have set days for set chores, I’m not a tidy upper straight after dinner… I just wing it.

It was with this thought in mind that I decided to do little experiment over a week to see if I really do. My plan was to take a snap of the kitchen table (which is the hub of the household) at different times during the day…no specific times, my only intention was to just take a snap as and when I remembered.

And I’m pleased to say that it does indeed show that we’d be lost under a pile of ‘stuff’ eventually but that is prevented consistently because, as the evidence shows, I DO TIDY UP.

And for the times I don’t tidy up then bless this mess ????

*The laundry cupboard is a whole different story ???? 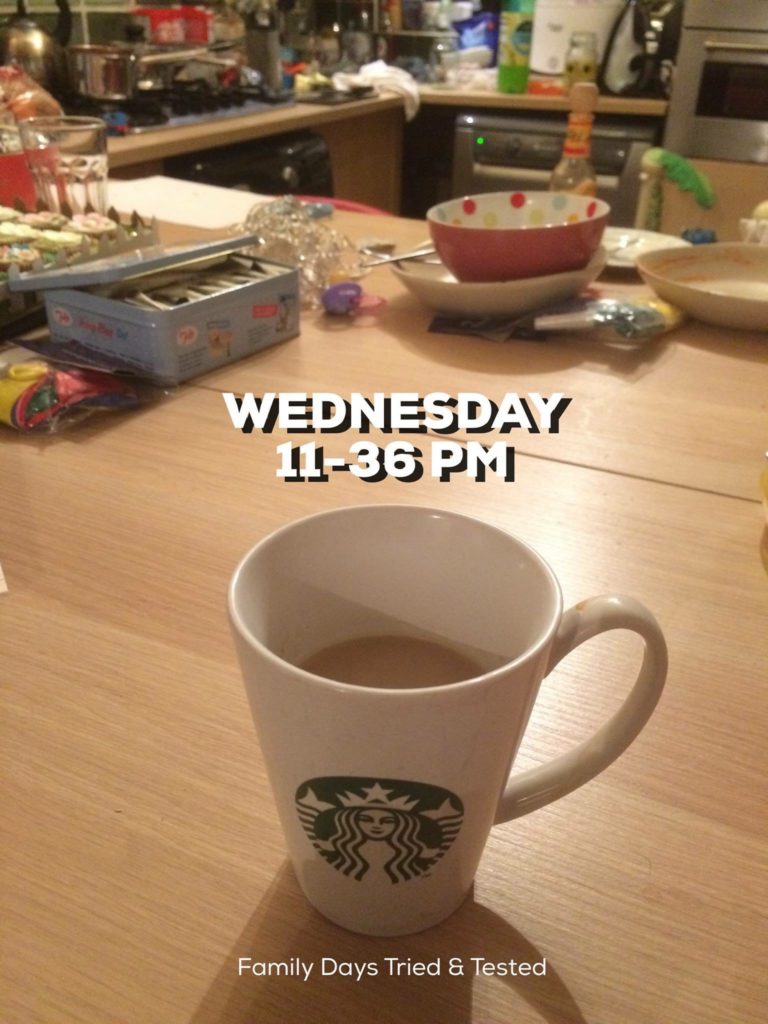 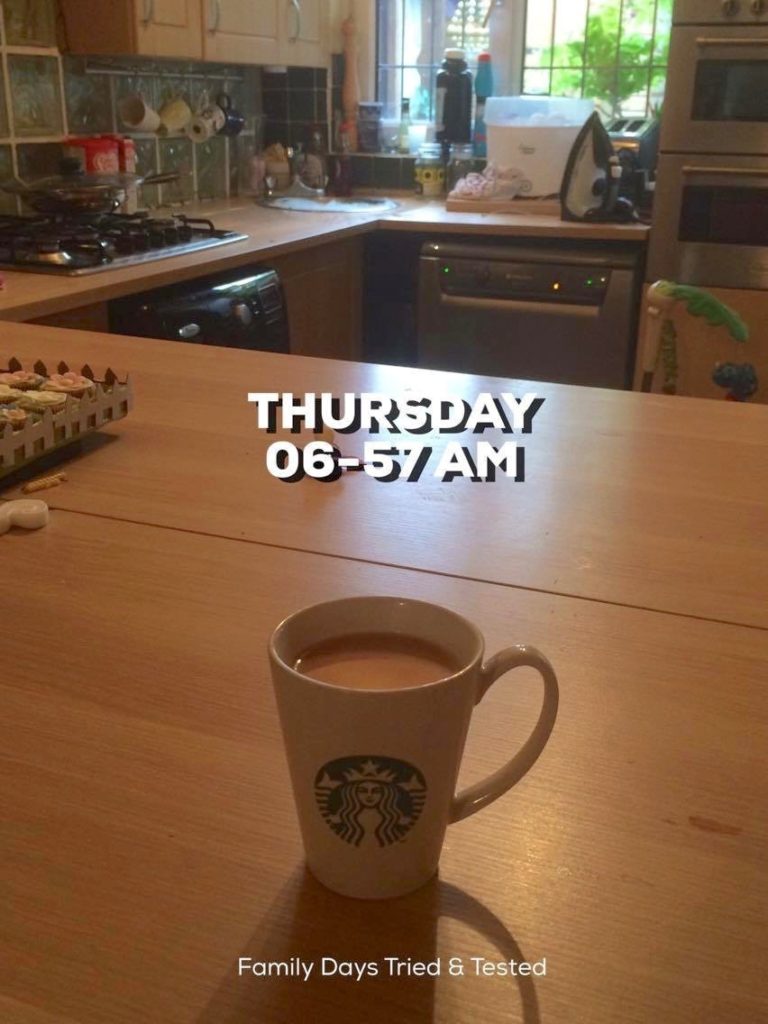 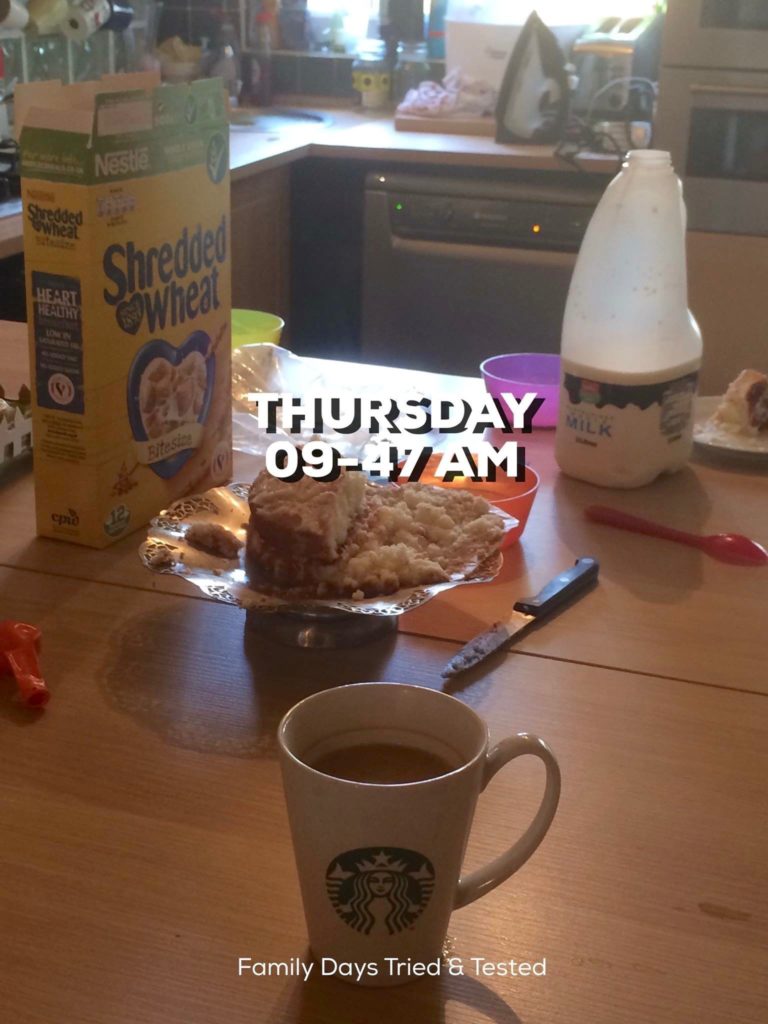 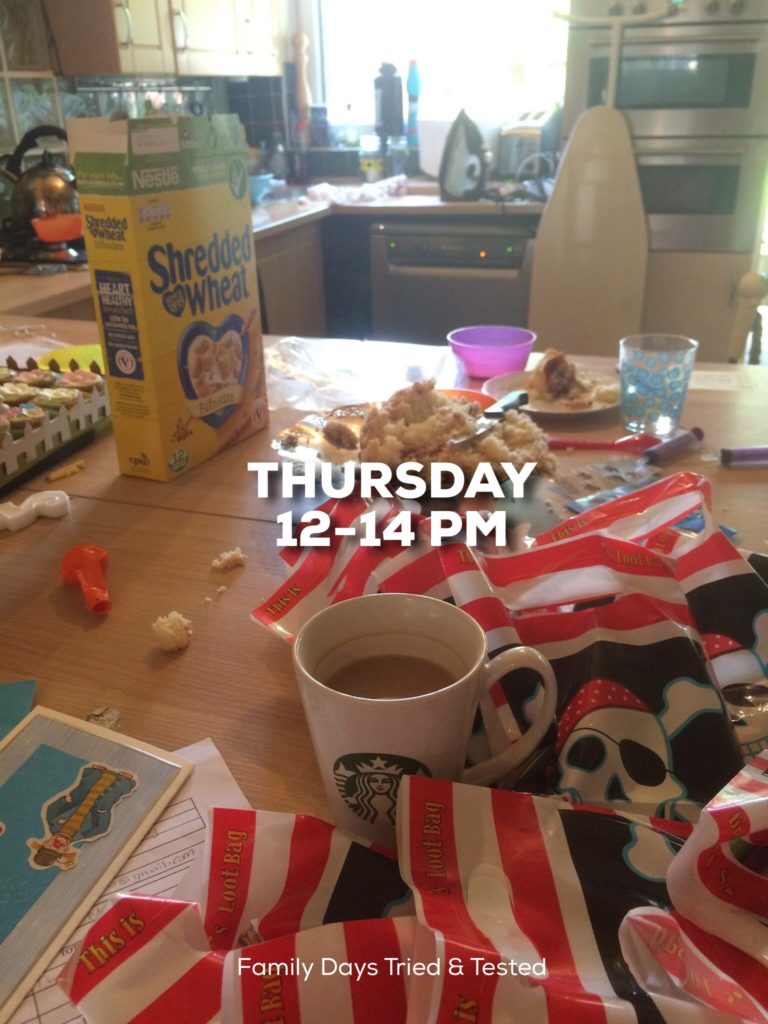 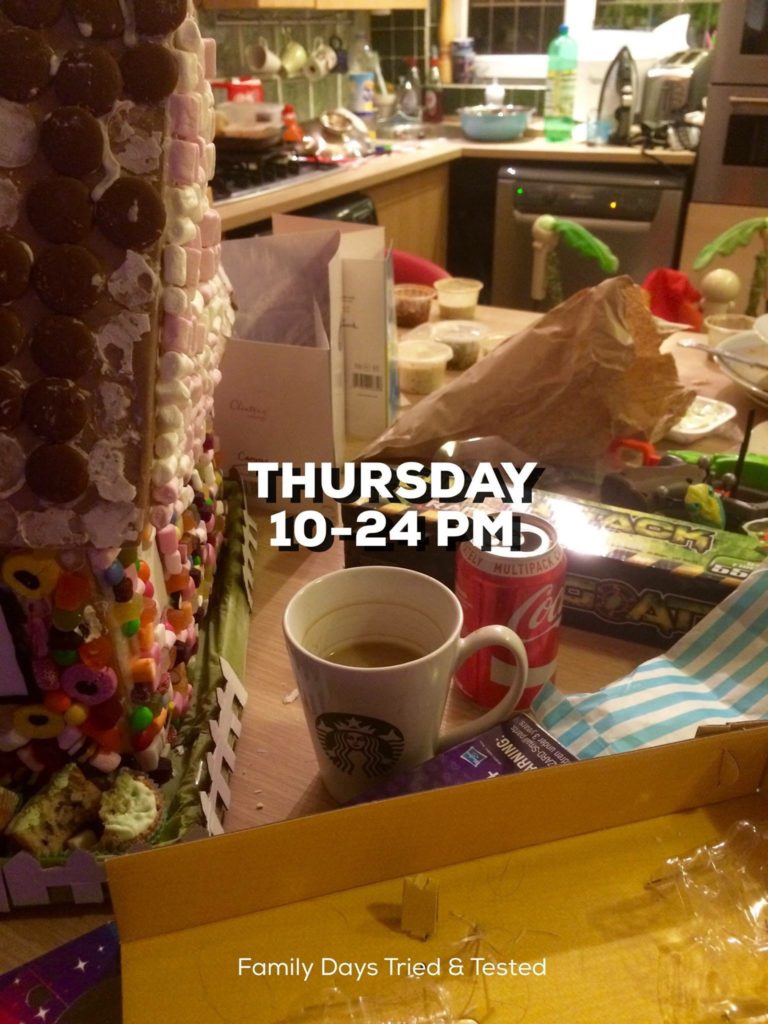 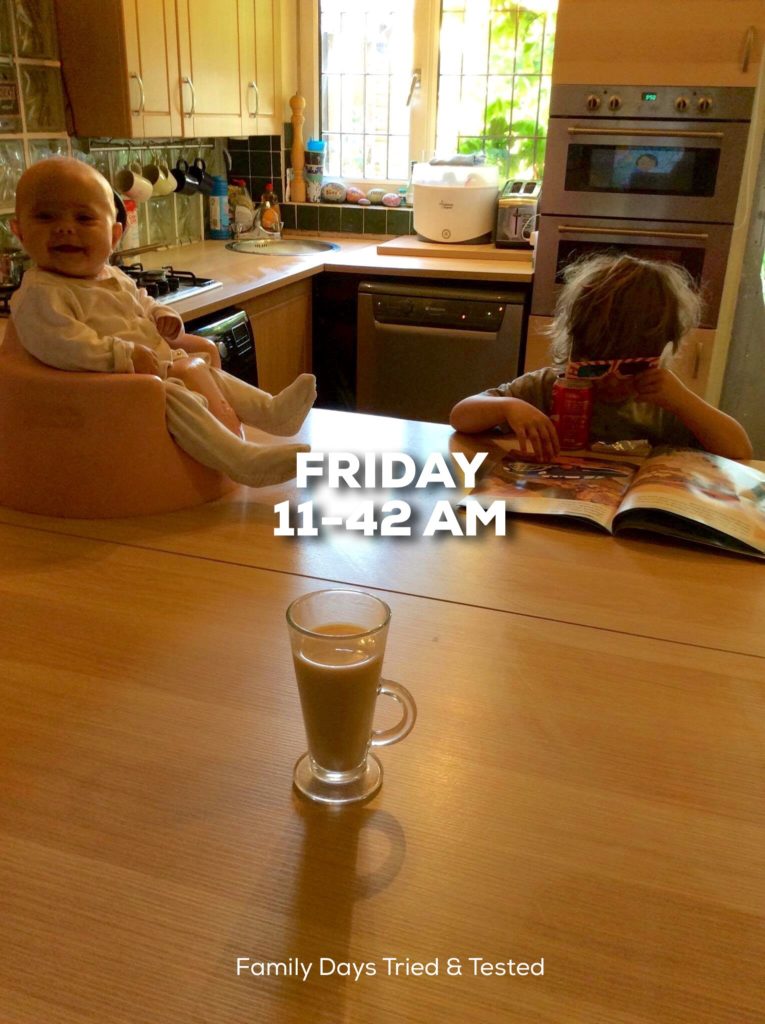 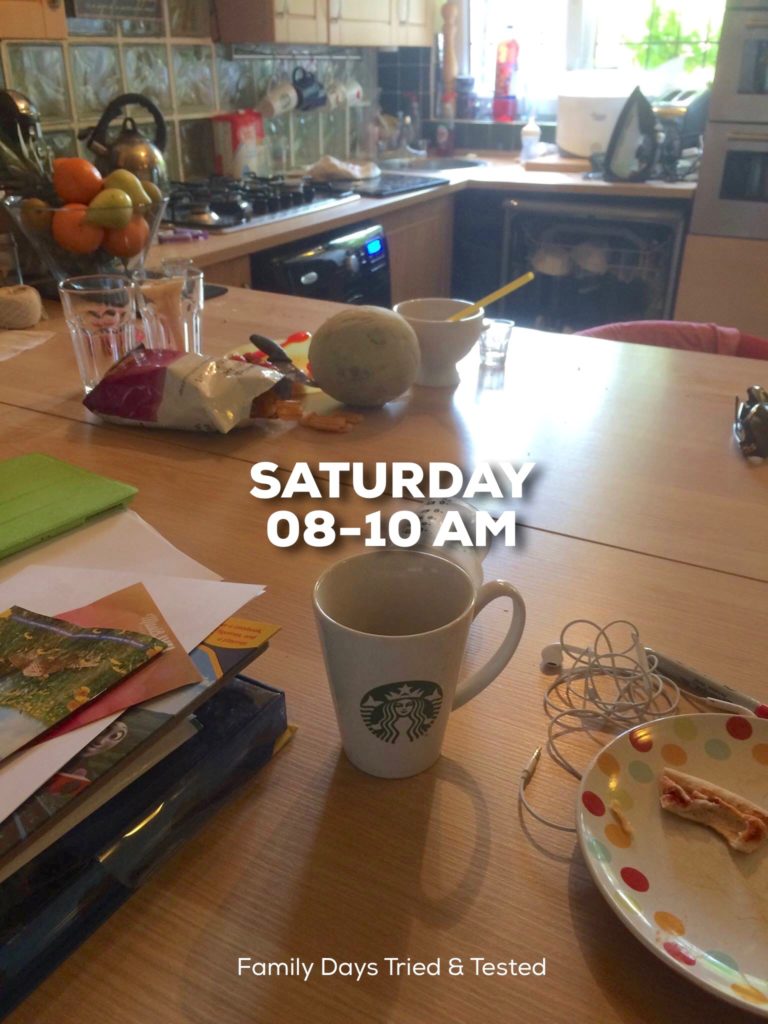 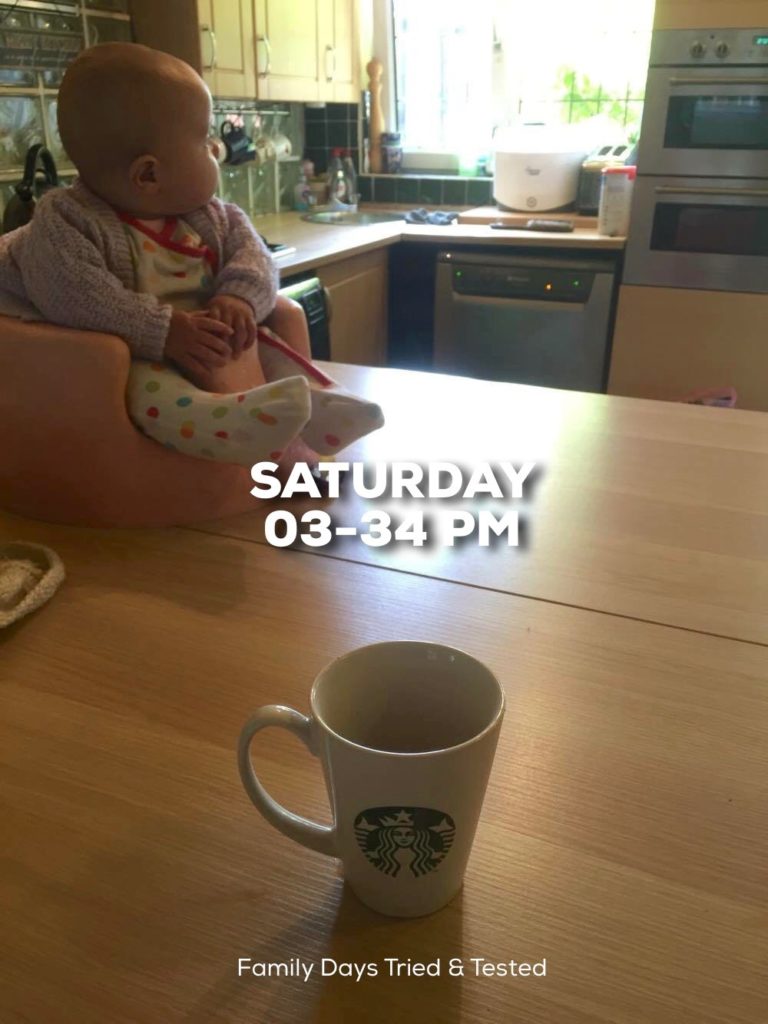 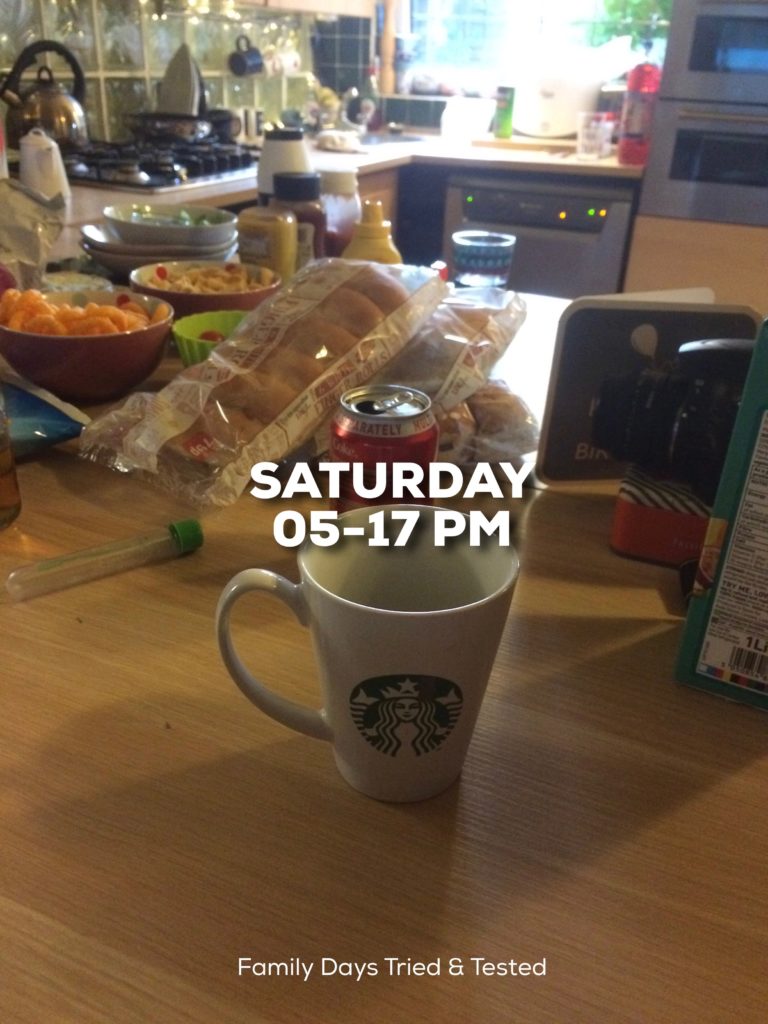 I had a proper day off on Sunday as a grown up offspring enabled us
to have some time out whilst she babysat her siblings.

(We stayed in a hotel and I DID NOT tidy up.) 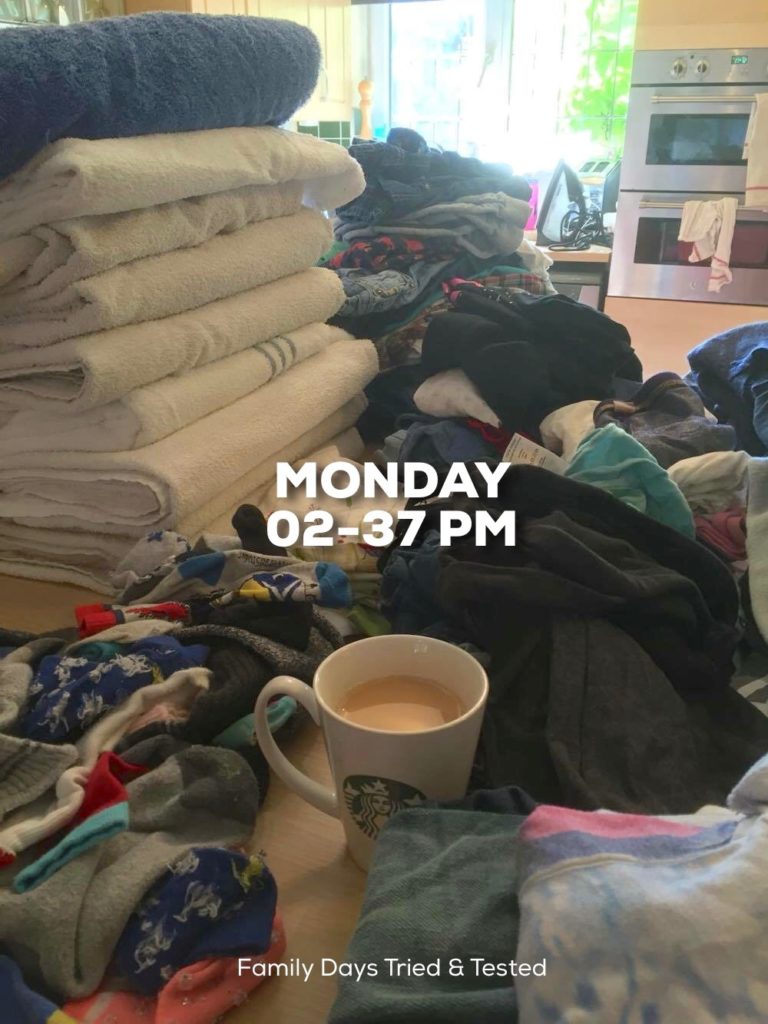 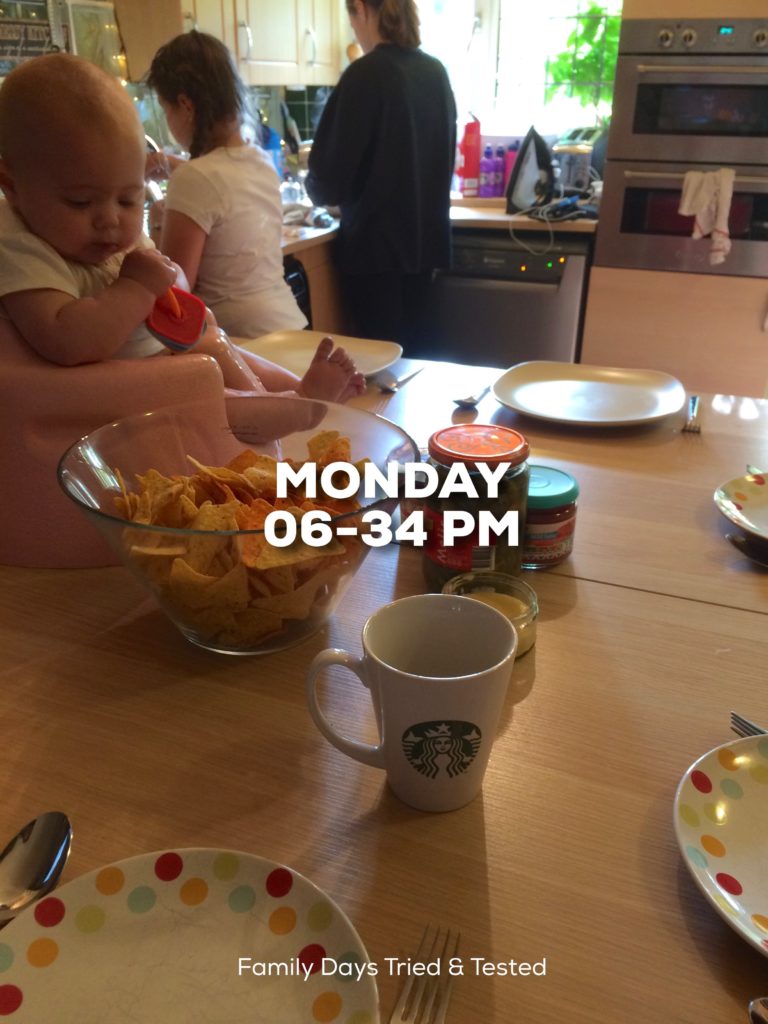 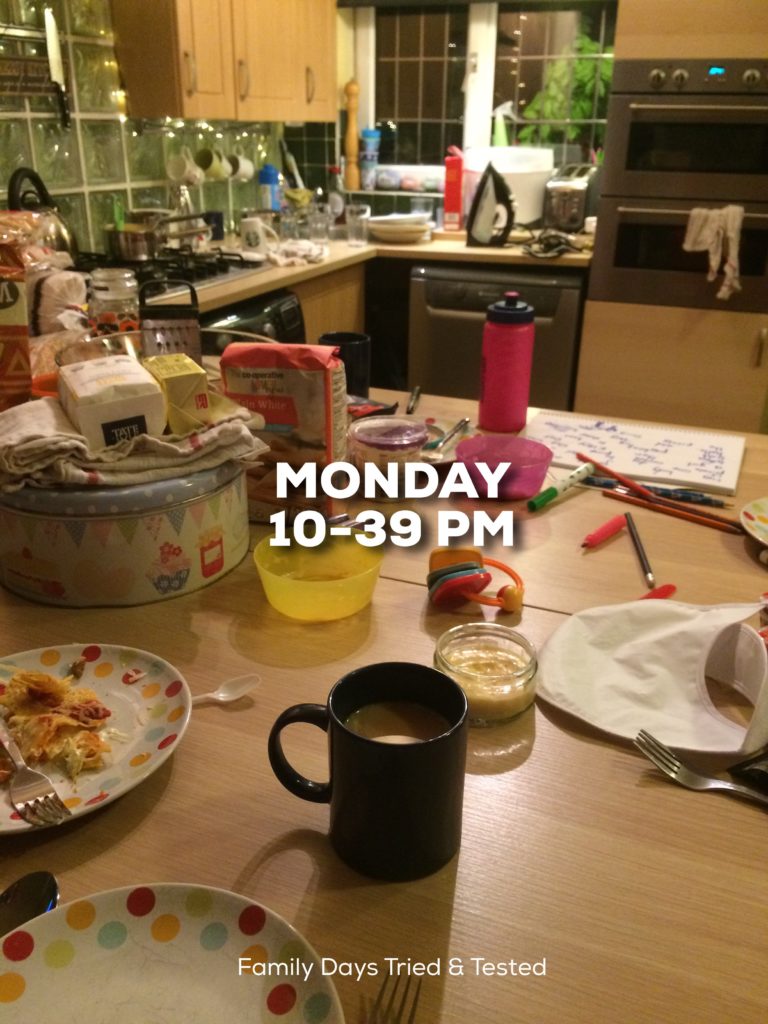 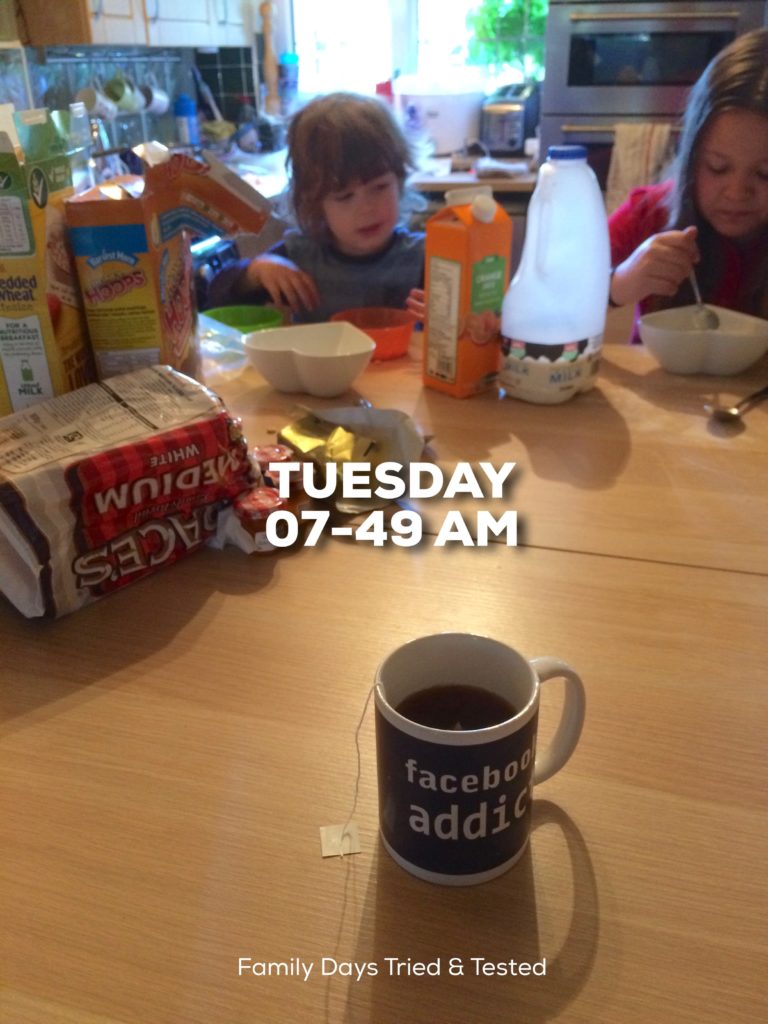 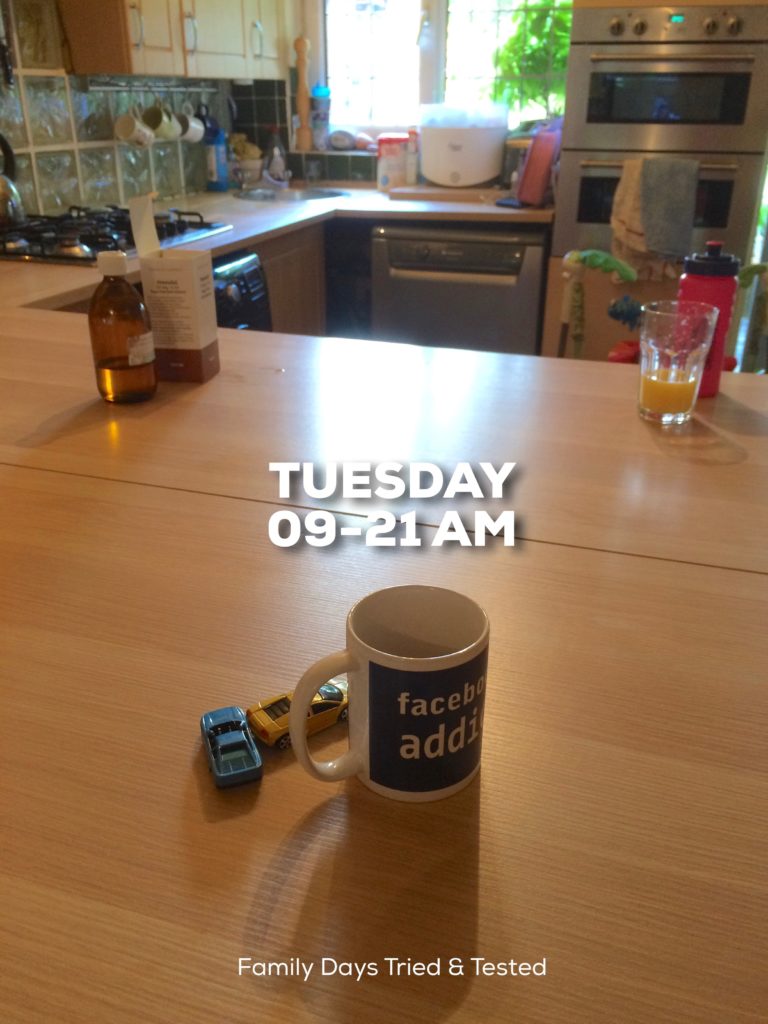 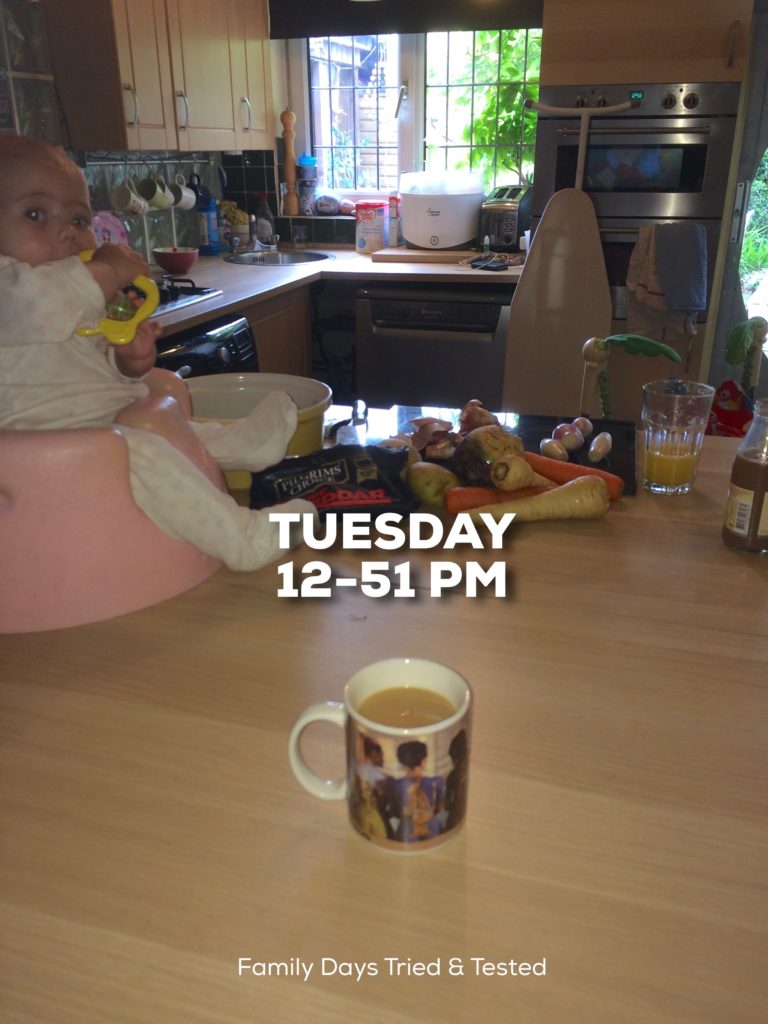 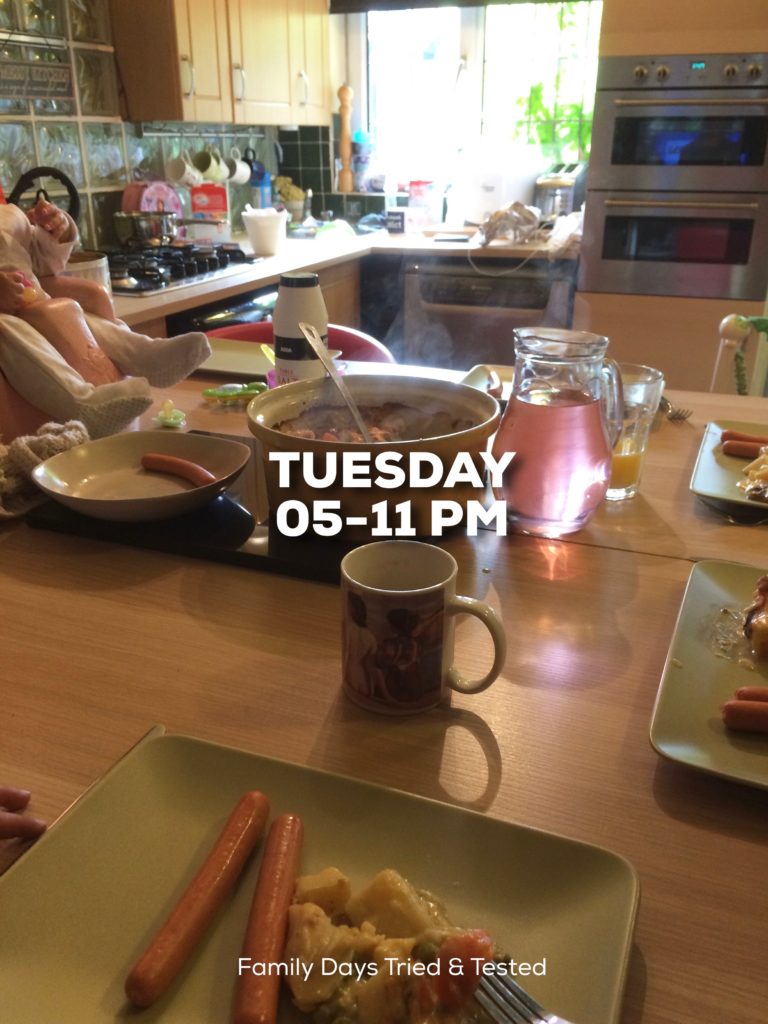 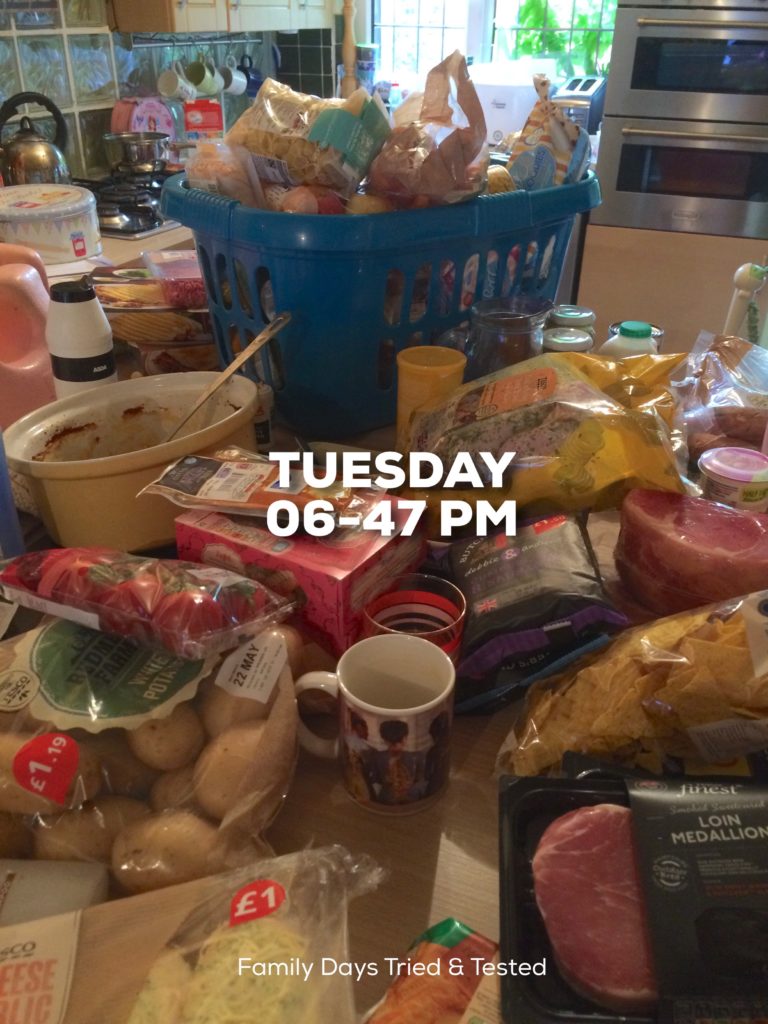 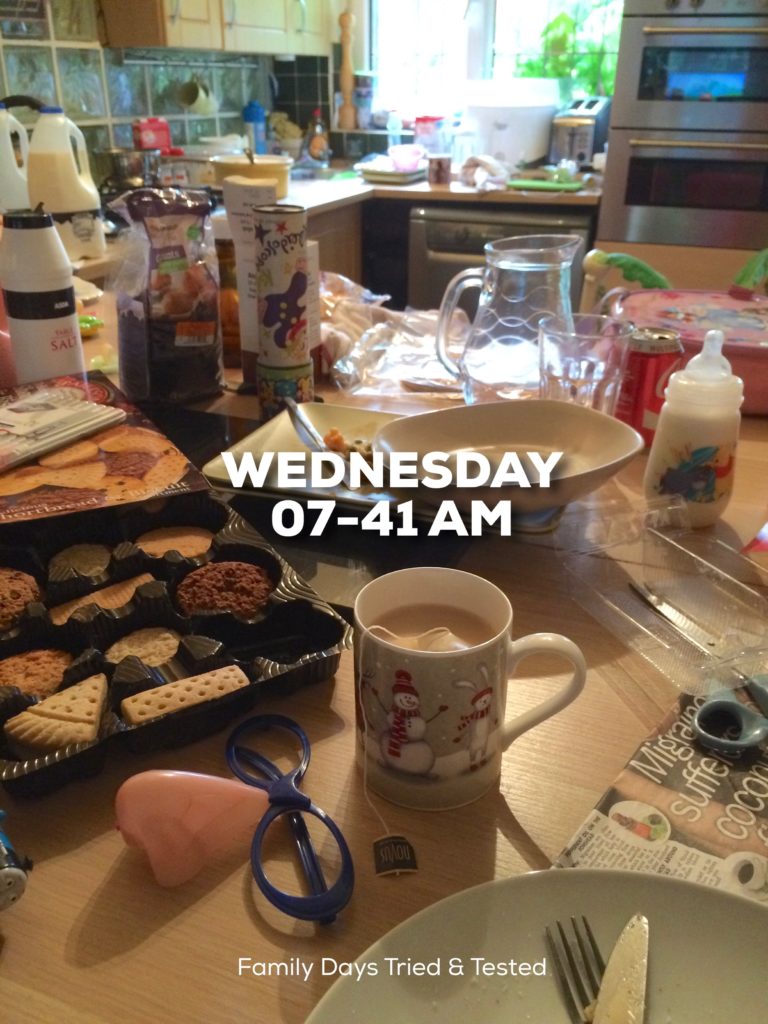 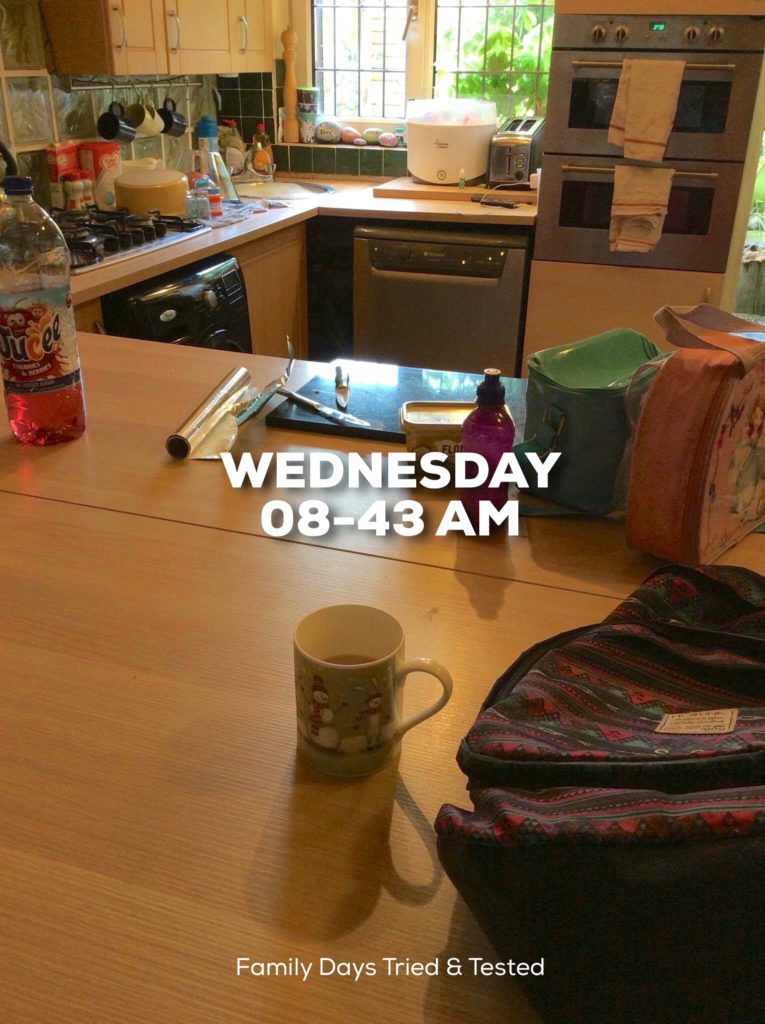 SEE….I DO TIDY….BUT WE ARE STILL SURROUNDED WITH LOVE AND STUFF.

That’s my reality of parenting.

To Start, Under a Blue Sky on a Wednesday Morning….