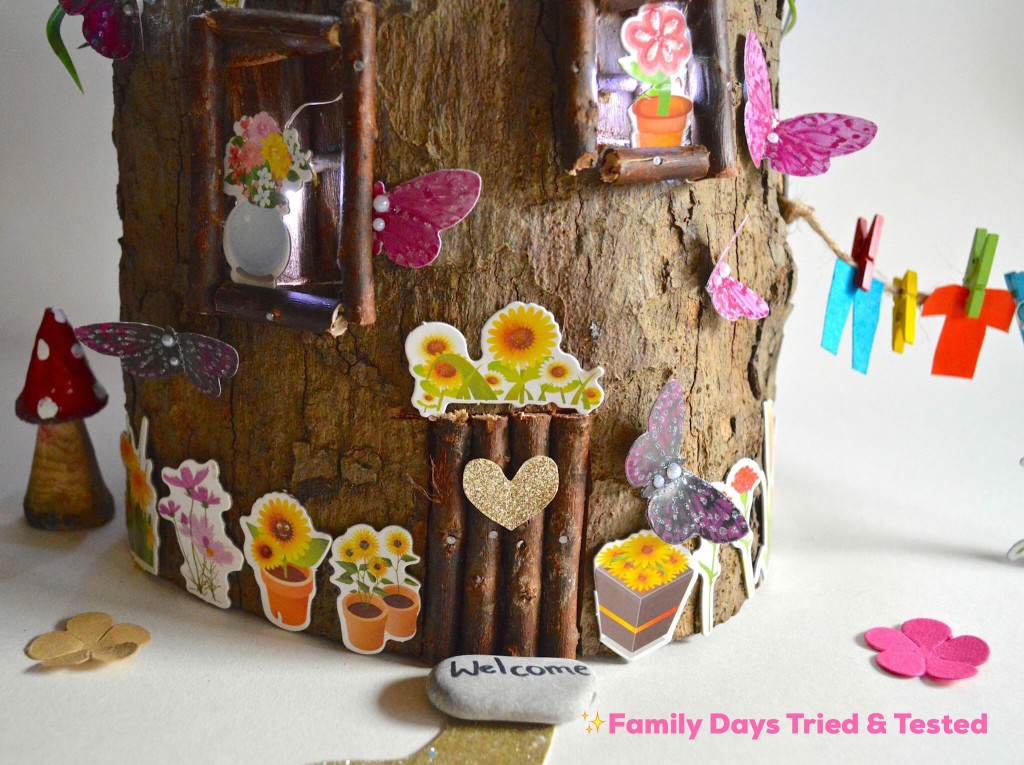 Today the 10 year old was given a bag of panel pins (£1 from the builders yard), a hammer, a pair of secateurs, a tree stump and a string of battery operated fairy light. She decided she was going to try her hand at making a tree stump fairy house.

Our stump was one that had been kicking about in the garden since last Summer. 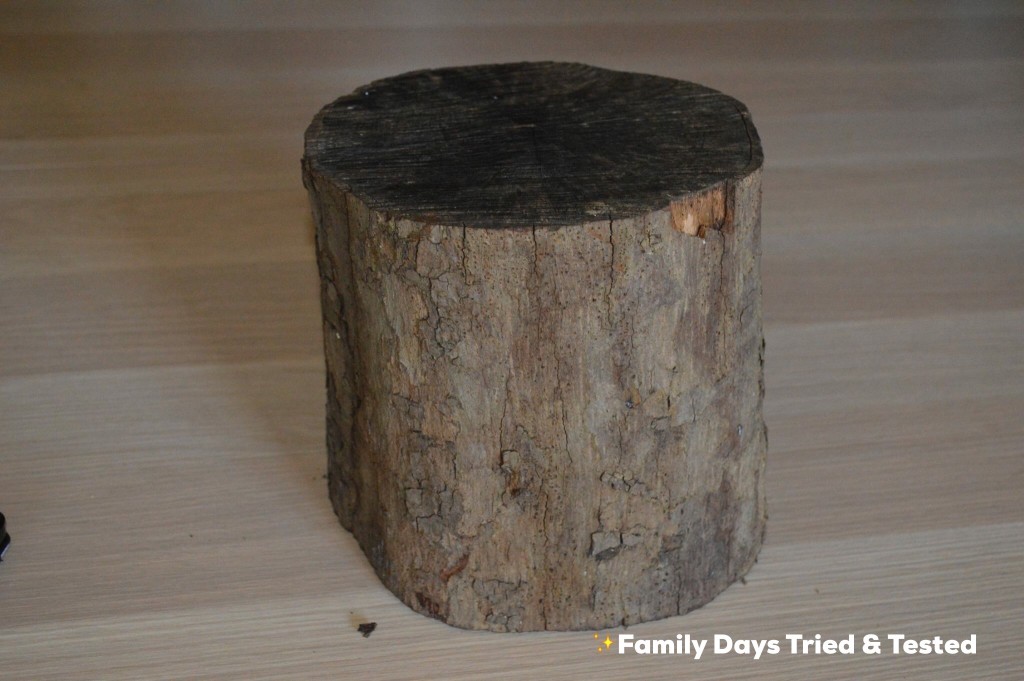 She collected some long bendy twigs from the garden trees and set about carefully cutting them to size with the secateurs to make her window frames and doors. She used the panel pins to nail them onto the stump. 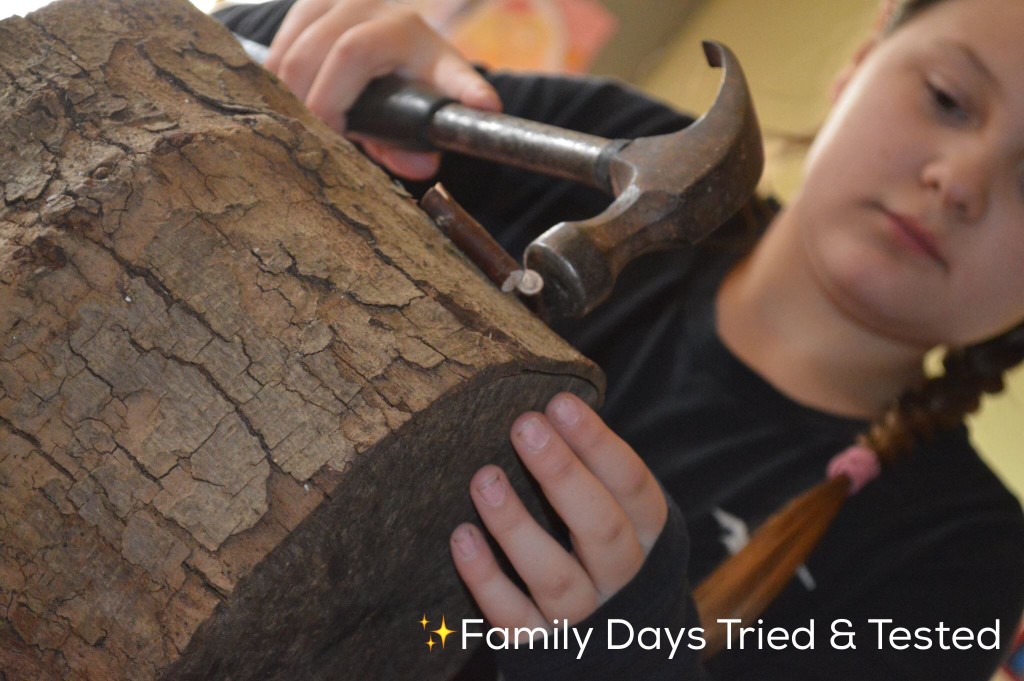 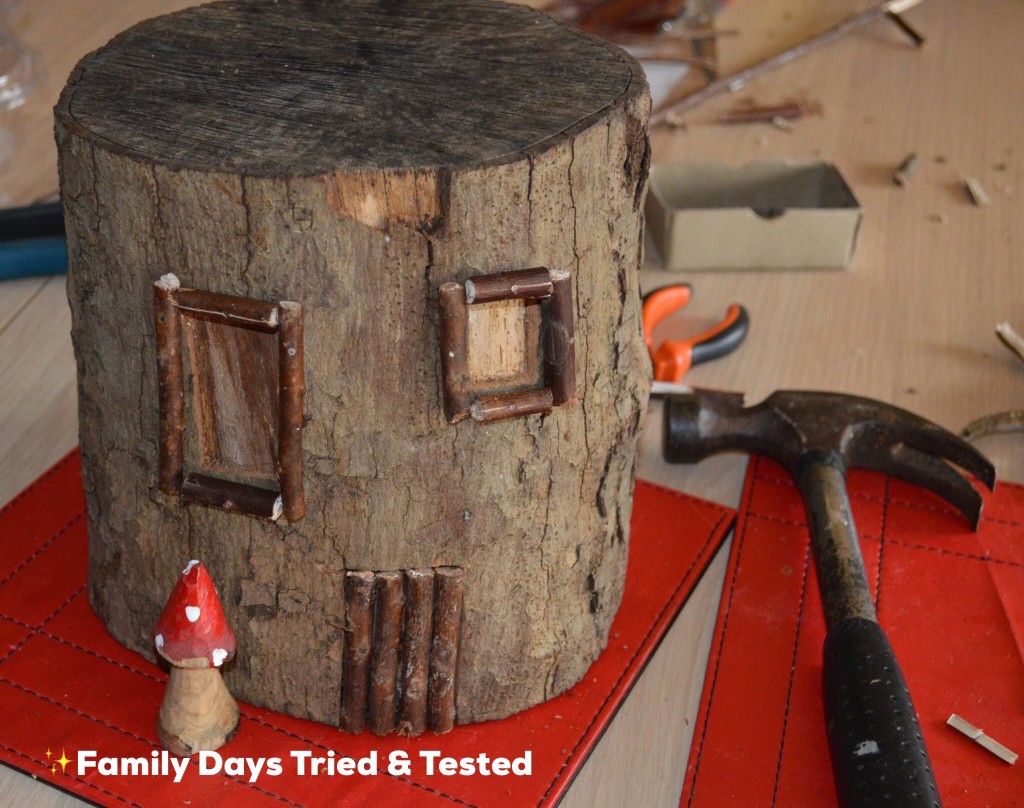 She had used some lengths of thick sticks a while ago to make some toadstools. 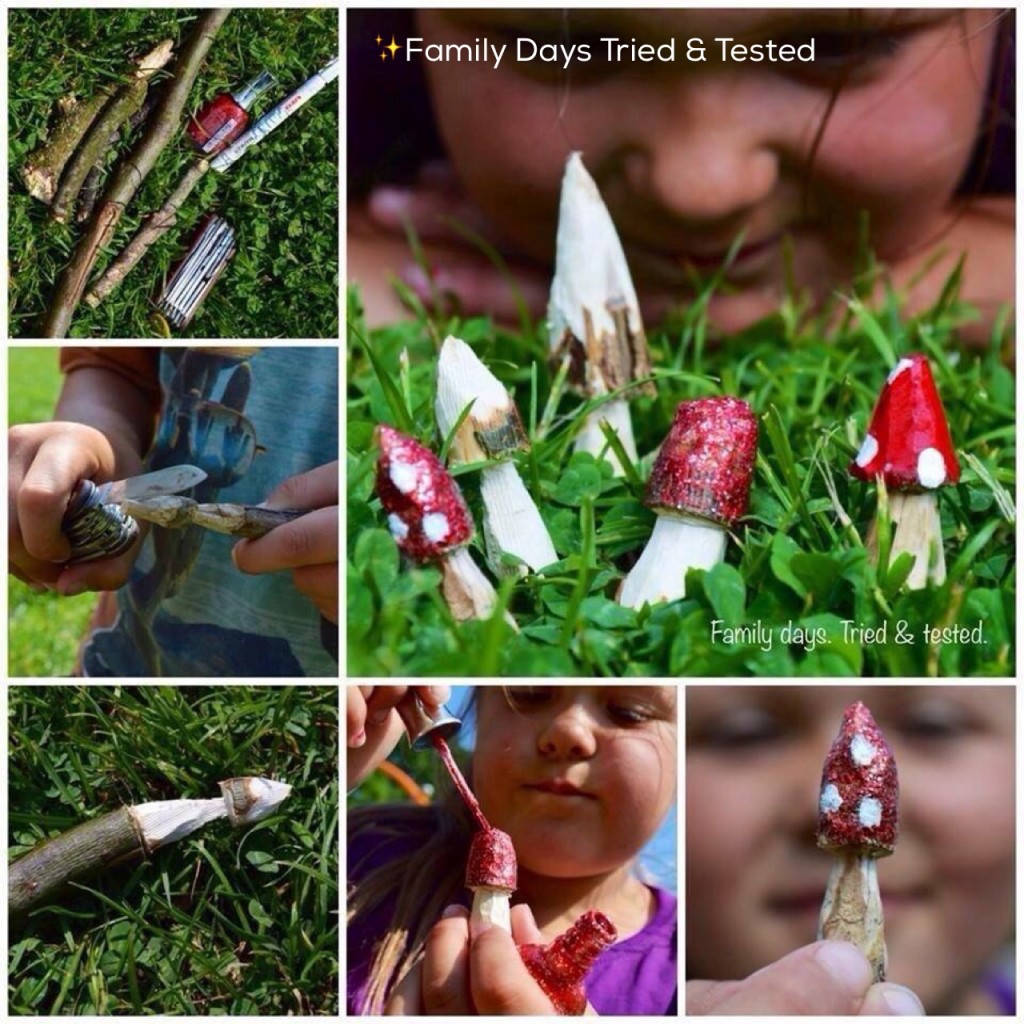 She then used some glue to attach some flowers and butterflies to the stump (these can be bought in the craft section of Poundland). 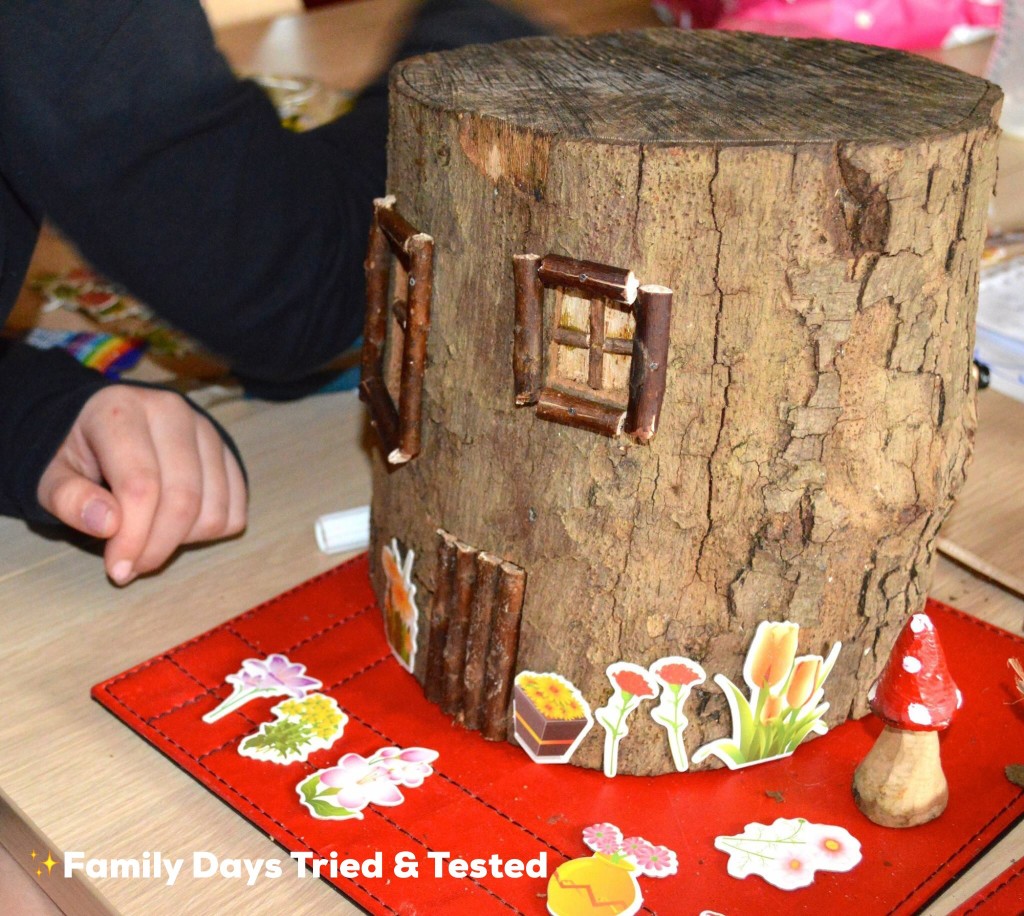 She made a washing line with string and some mini pegs we had in the craft box and added her string of battery operated fairy lights. She made a welcome mat with a pebble and added a little foliage that was held on by the fairy light wire.

As she was planning to use her tree stump fairy house as a night light she finished by placing an alarm clock she had decorated with permanent Sharpie marker pens on the top. 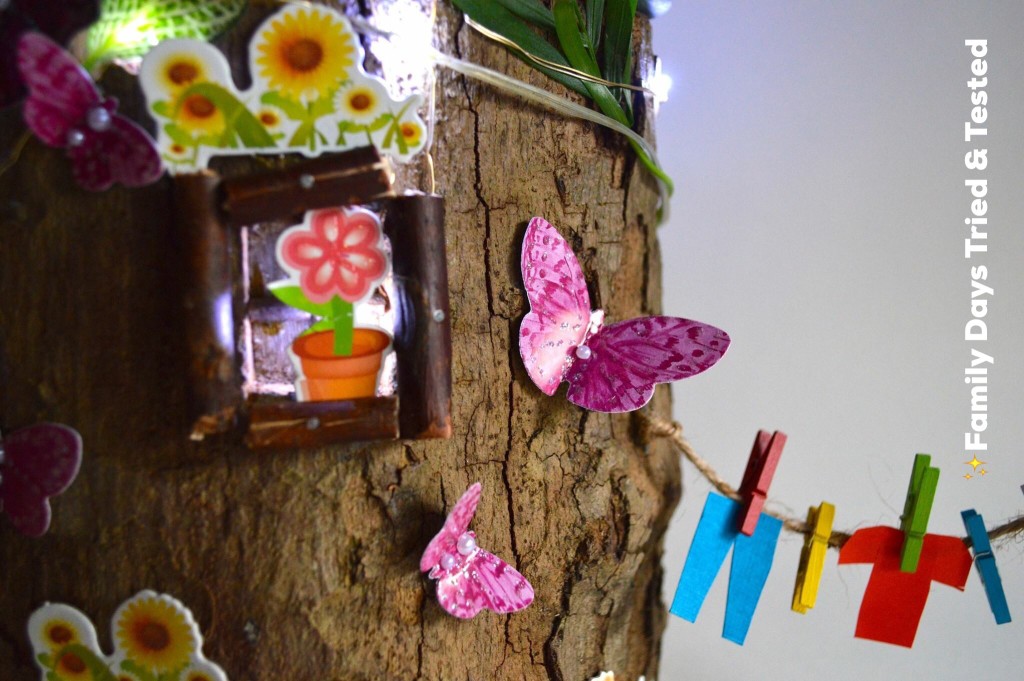 I think she did a FANTASTIC job!! 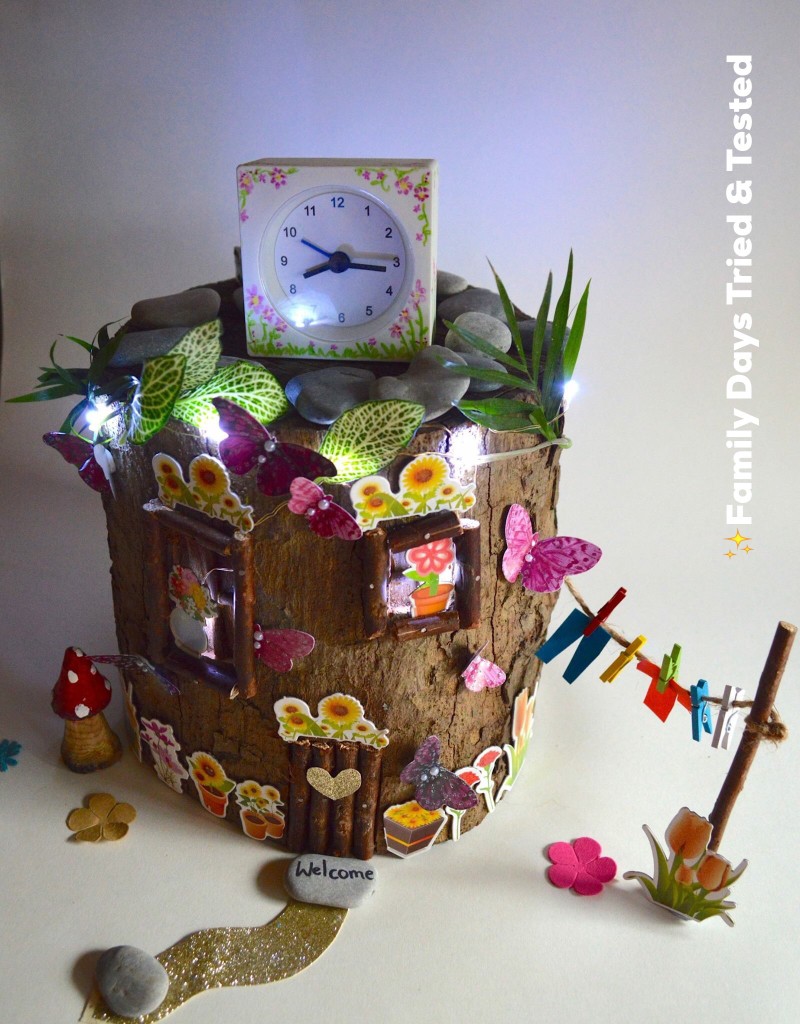