You are here: Home / As They Grow / Throwing Yourself Into The World Of A 4 Year Old 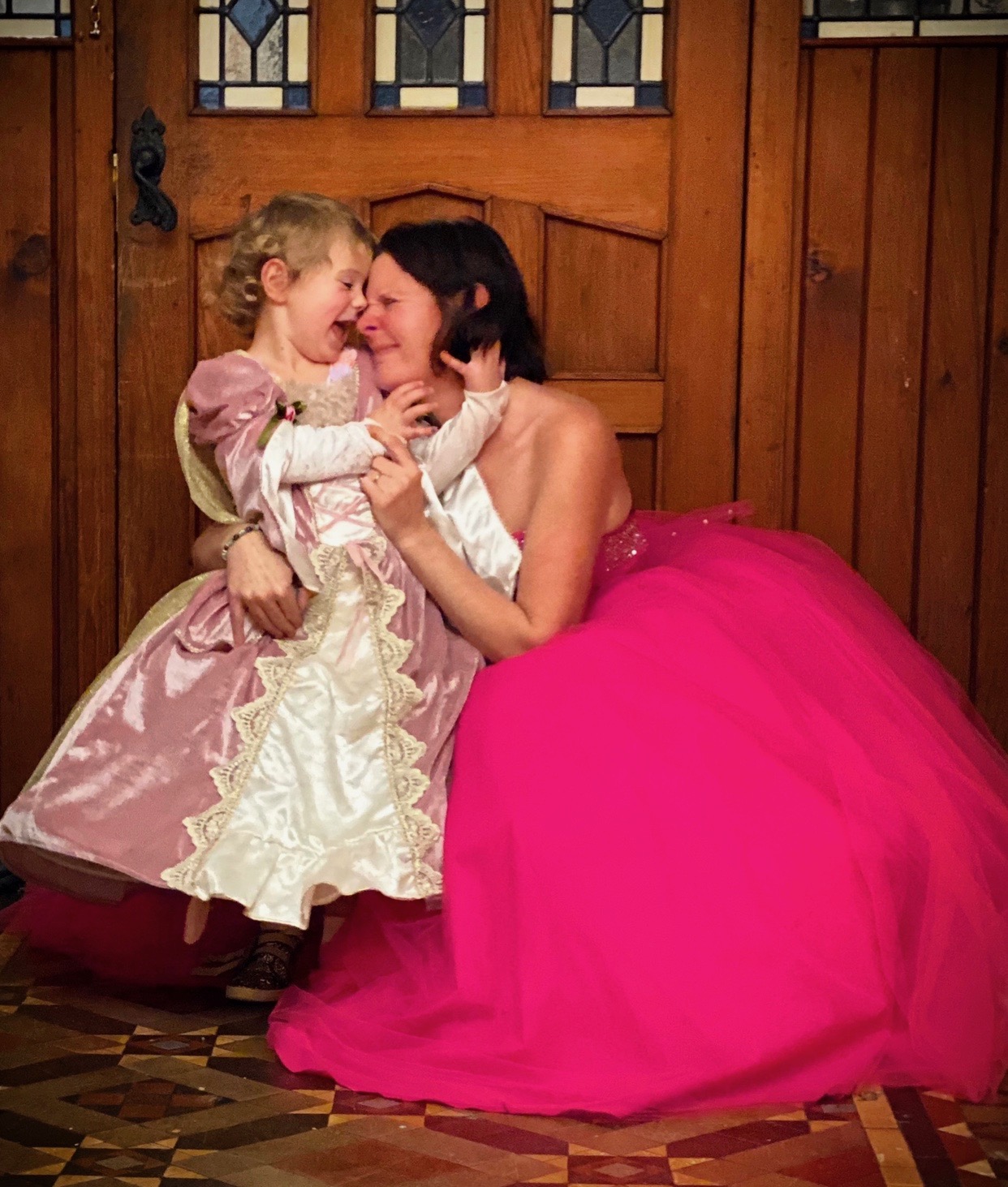 Because the only opinion that matters is hers… A few days ago Boo turned 4 & she’d been excitedly looking forward to a trip to the cinema all week, she’d even chose a pretty dress that she wanted to wear.
Her dress was a statement and a testament to her nature of wearing exactly what made her happy without even a slither of a thought of what others may think. A thought process that I think can lessen as we grow and we throw ourselves into attire a little more suited to society’s expectations of us.

Getting dressed up she was akin to the cat that got the cream and she exuded a huge pride and a self-acceptance of being exactly who she wanted to be as she beamed in her pretty dress. It’s an admirable trait that I hope she never loses.

I don’t think she expected me to dress up too, but I wanted to throw myself into that beautiful place of  ‘no cares in the world’ with her… So I did. 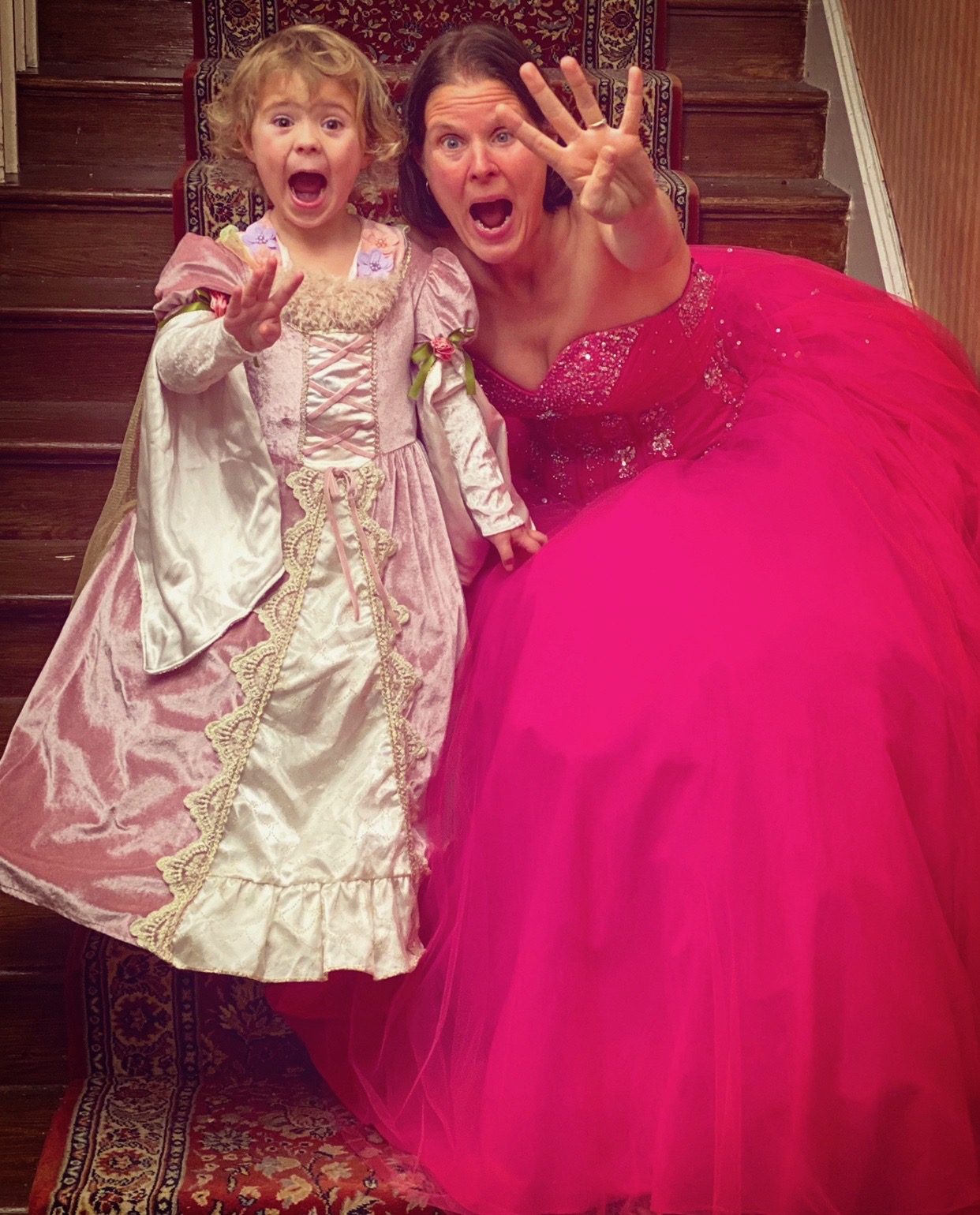 We already had an abundance of pretty dresses hung on the walls which we’d found in secondhand and charity shops; attire which we could wear to festivals and school proms, elaborate dresses which were hung waiting for a special occasion to be fetched off the wall. I asked her if she’d like me and her teenage sister to wear a dress too and the rising smile on her face was answer enough. To both mine and Boo’s delight, her 14-year-old sister was willing to take part too.

I won’t lie, the dress of choice was one that was worn for her sister’s school prom so was a far cry from being tailored for me, but it did have a ribbon corseted back which allowed me to squeeze in. And as I did so, Boo did not contain her pleasure. ‘You look beautiful Mumma,’ she reassured me and as much as I may have felt like a fool stepping outside her words were the only ones that mattered. 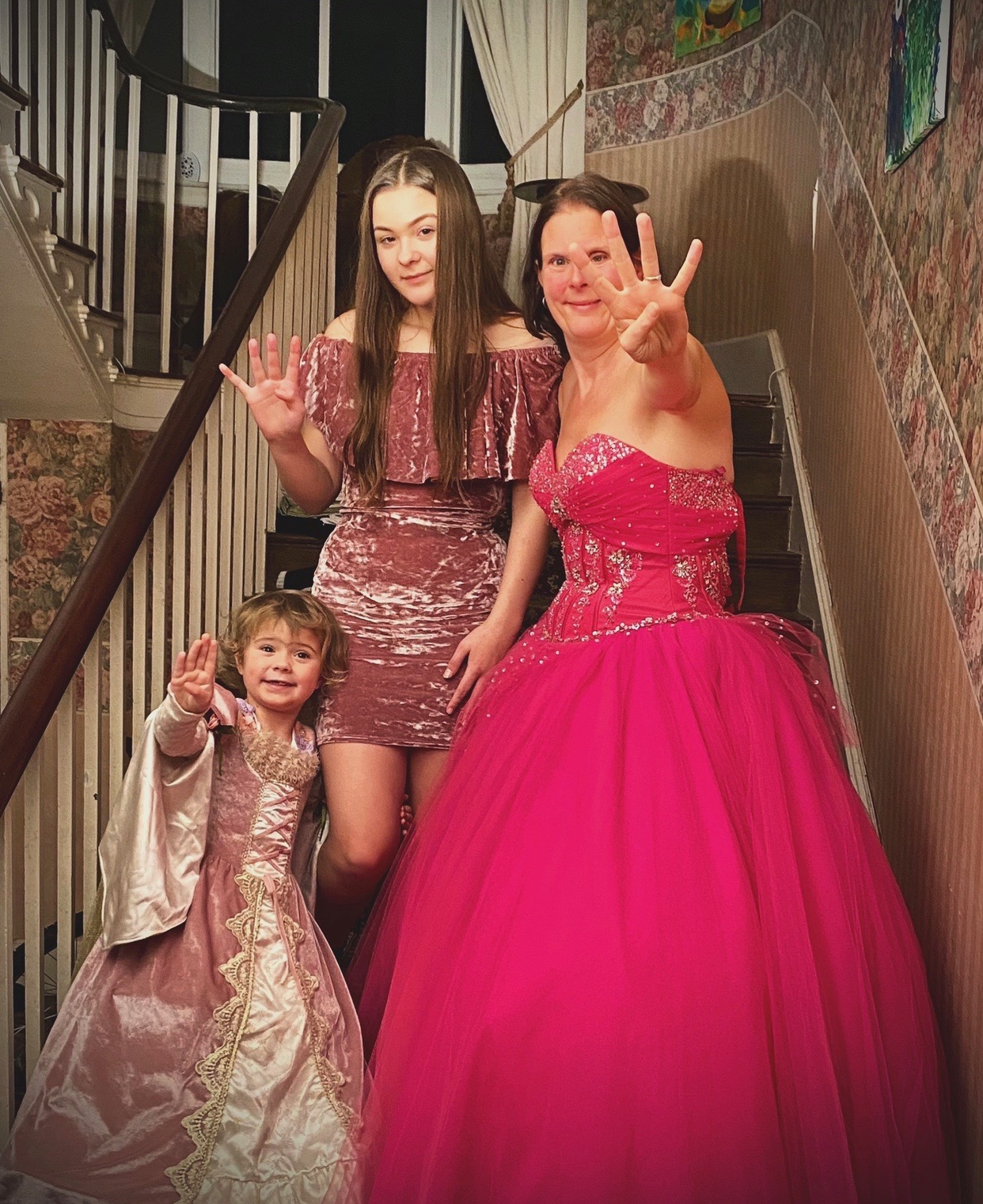 We walked the short distance from our home to the cinema and she held our hands all the way. And whilst she stopped to fasten her shoe in an excruciatingly slow 4-year-old manner I could feel the eyes of passers by looking at us. I did feel silly but that silliness was entwined with a huge knowledge that this 4-year-old had a huge pride for both myself and her sister. We were in her world. A world where we were stepping out without a care in the world and dressed exactly in a way that made us happy. 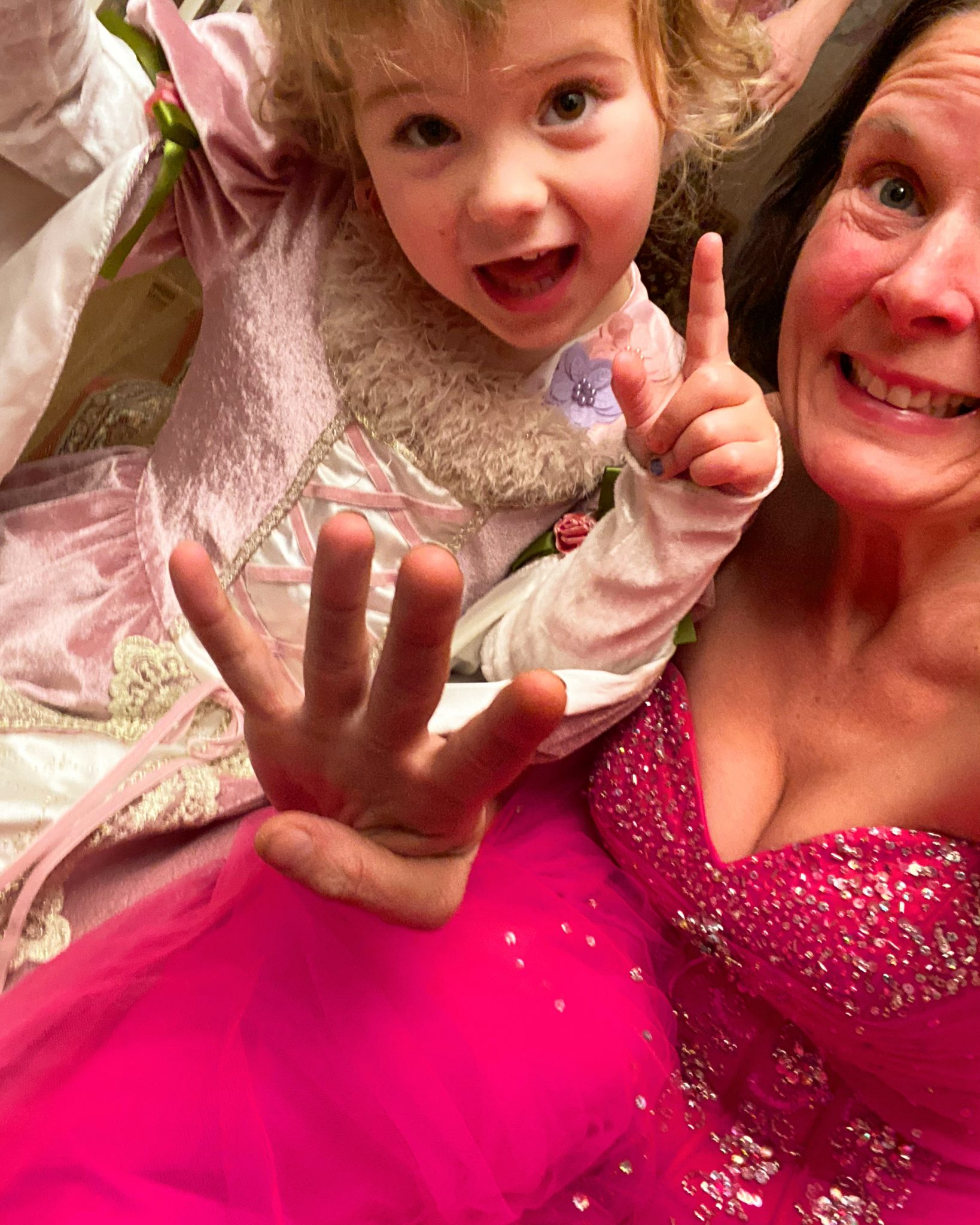 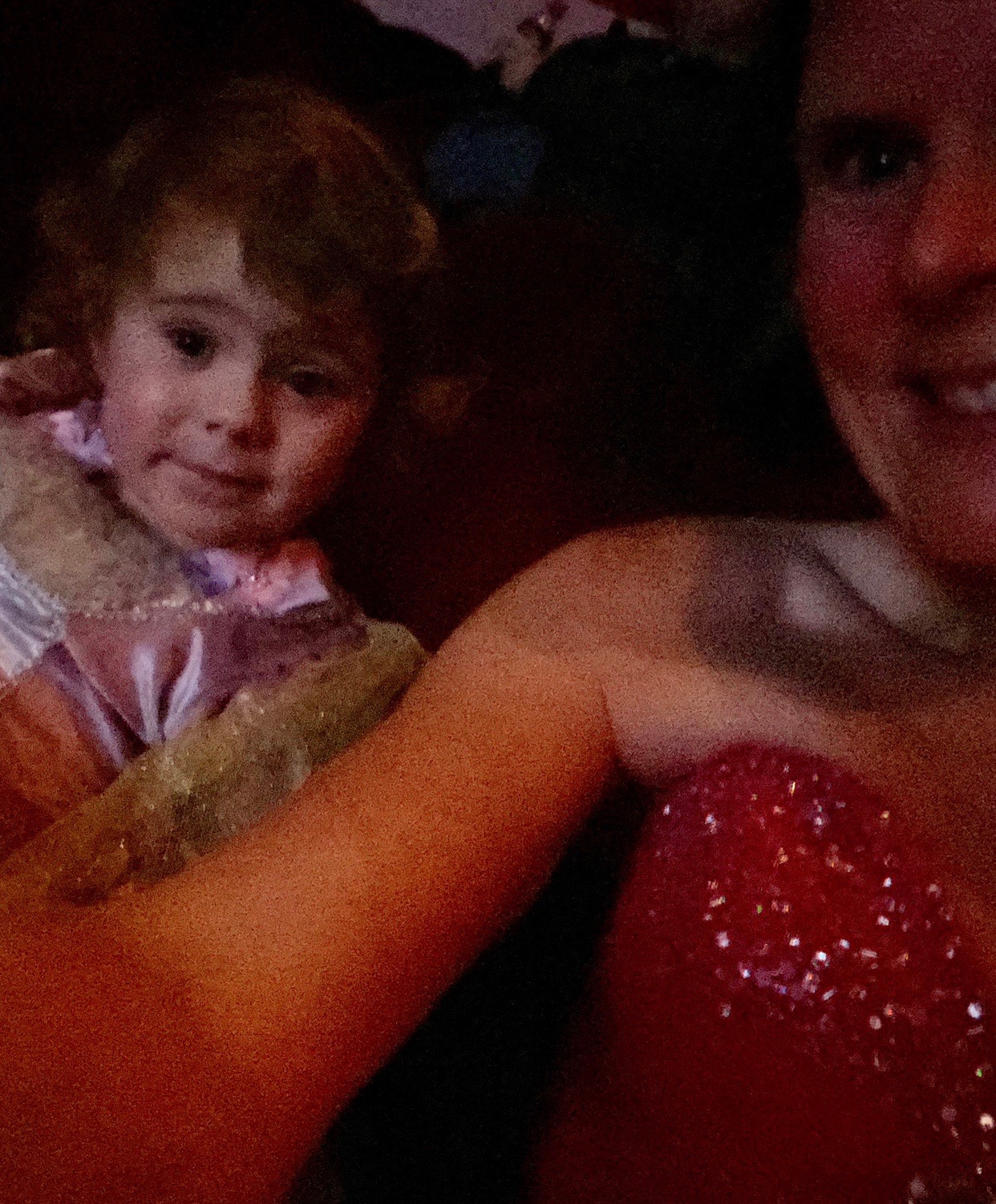 If you enjoyed this then you may also like the time we embraced being 3 with a magical mummy daughter date unicorn picnic.

Throwing Caution To The Wind..

Prehistoric Toddler World in a Box