You are here: Home / Holly House / The Secret Cupboard Of Names at Holly House 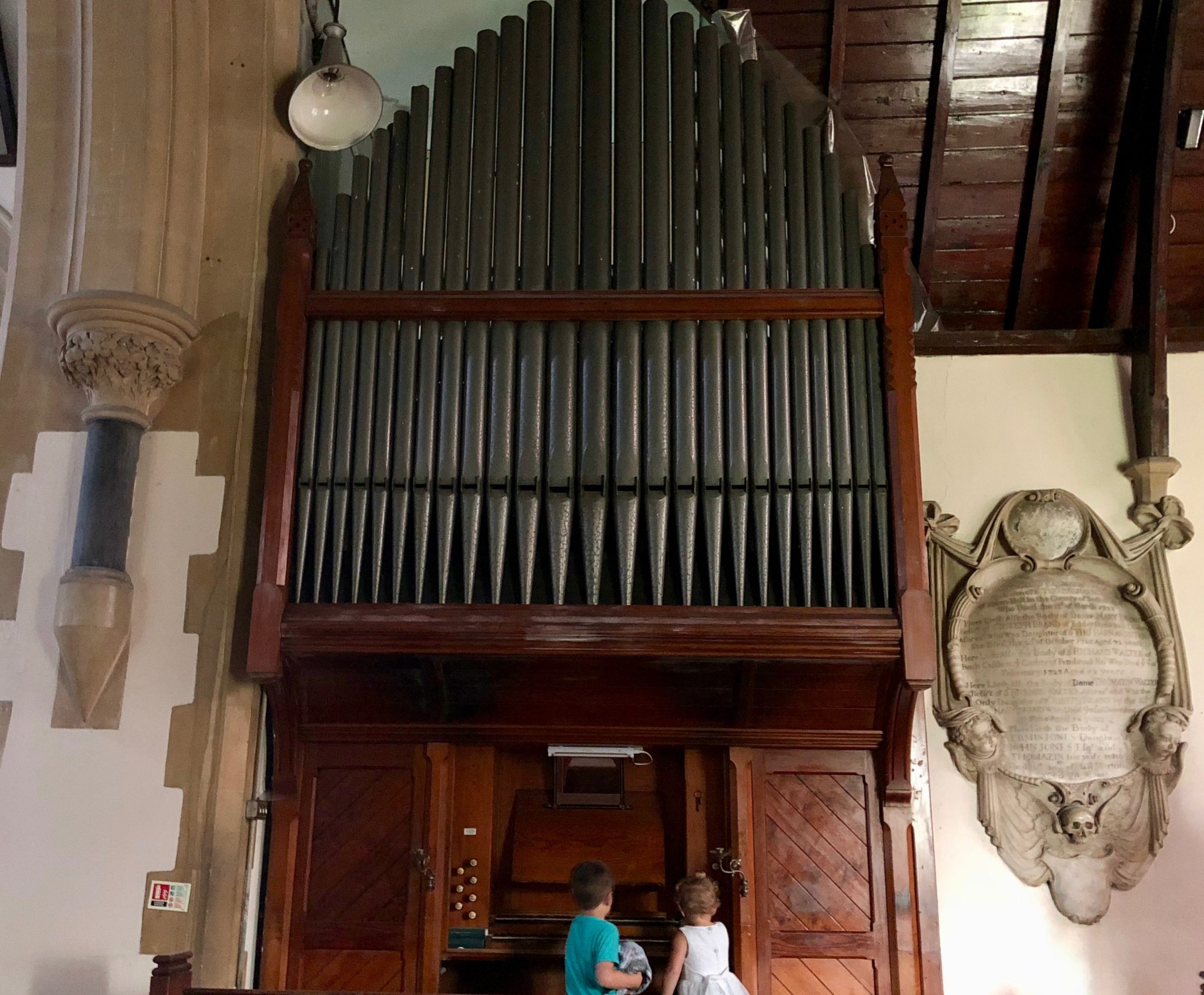 One of the most fascinating adventures within Holly House is unearthing stories from the past and the incredible history that lays in silence within the walls, stories that will help us bring the building back to life. We first found the cupboard behind the organ a few months ago. A small cupboard around 4ft by 4 ft with a height of approximately 7 ft, completely dark due to no window light and no electricity. 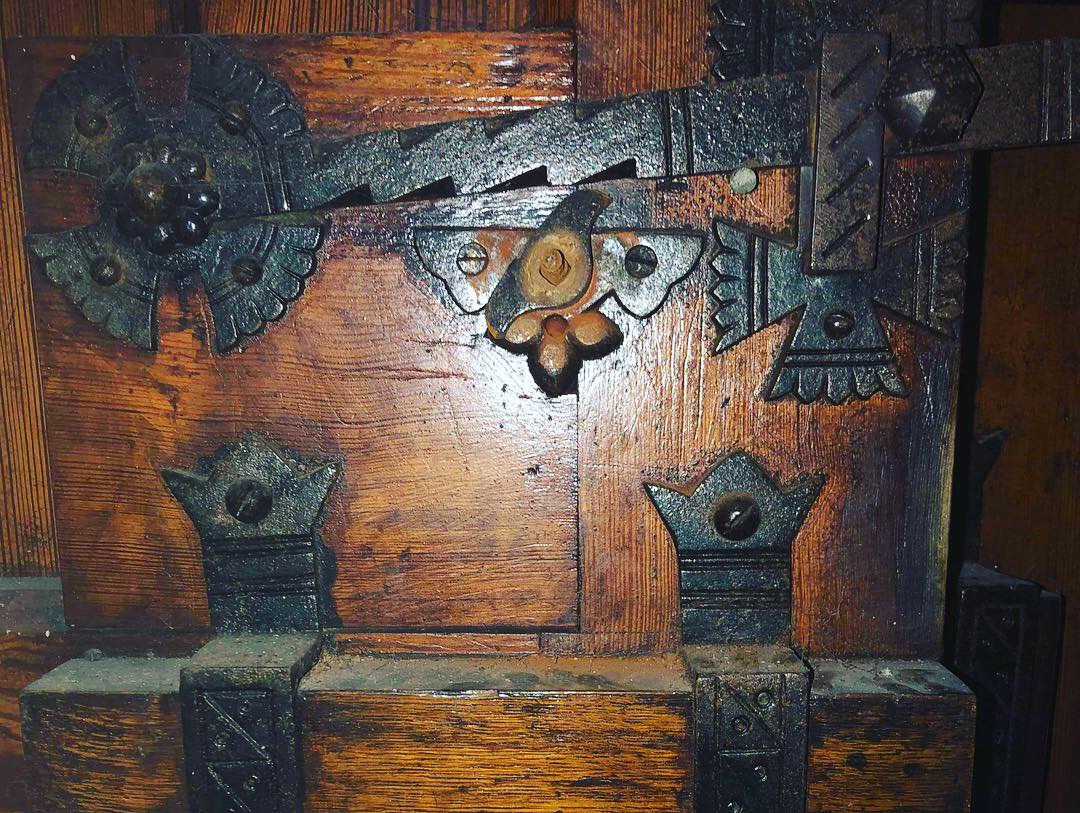 Fronted by a locked wooden door, it led to the innards of the organ with an accessible hatch – presumably to maintain the upkeep of the organ. Whilst starting on the clean up of Holly House we explored a little more.

And when we finally mustered up the courage to explore the confined space we were blown away. I squeezed into a space behind the organ and found a wall full of graffiti – literally from floor to ceiling! As there is no electric in the Holly House yet I relied on the flash on my phone.

The dates were incredible and I could only imagine the stories behind them.

The earliest visible date I found at first glance was May 4th 1892. 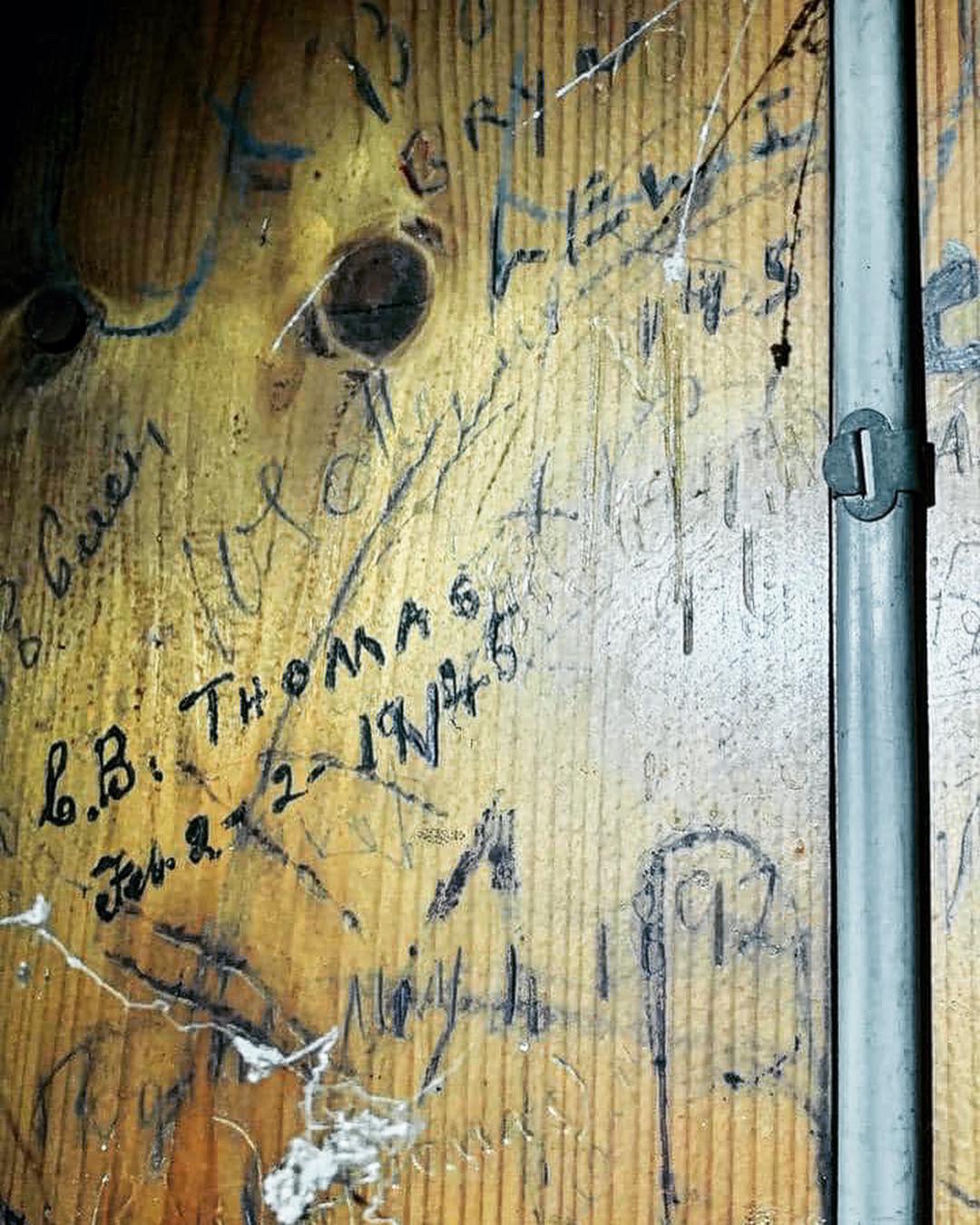 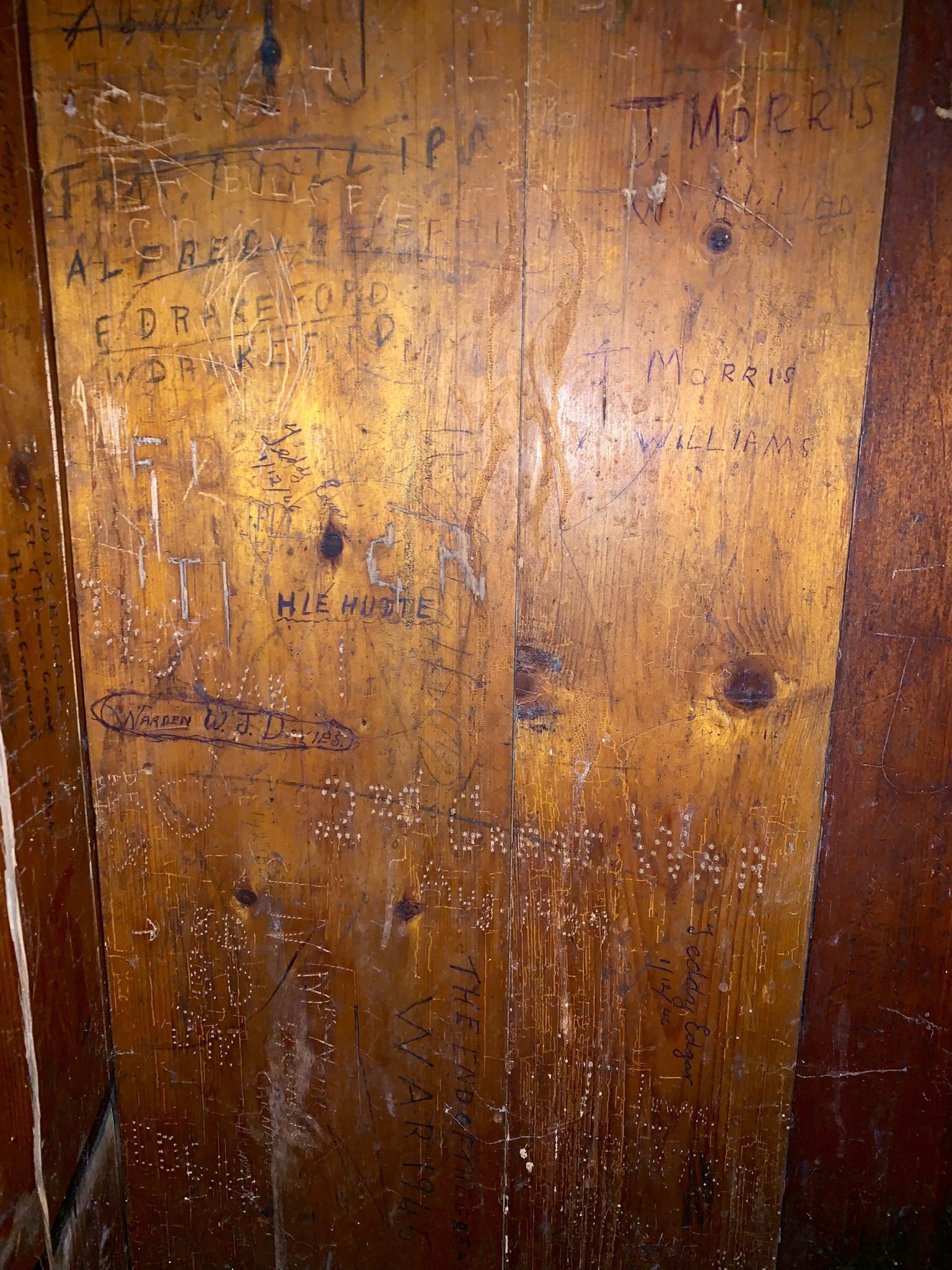 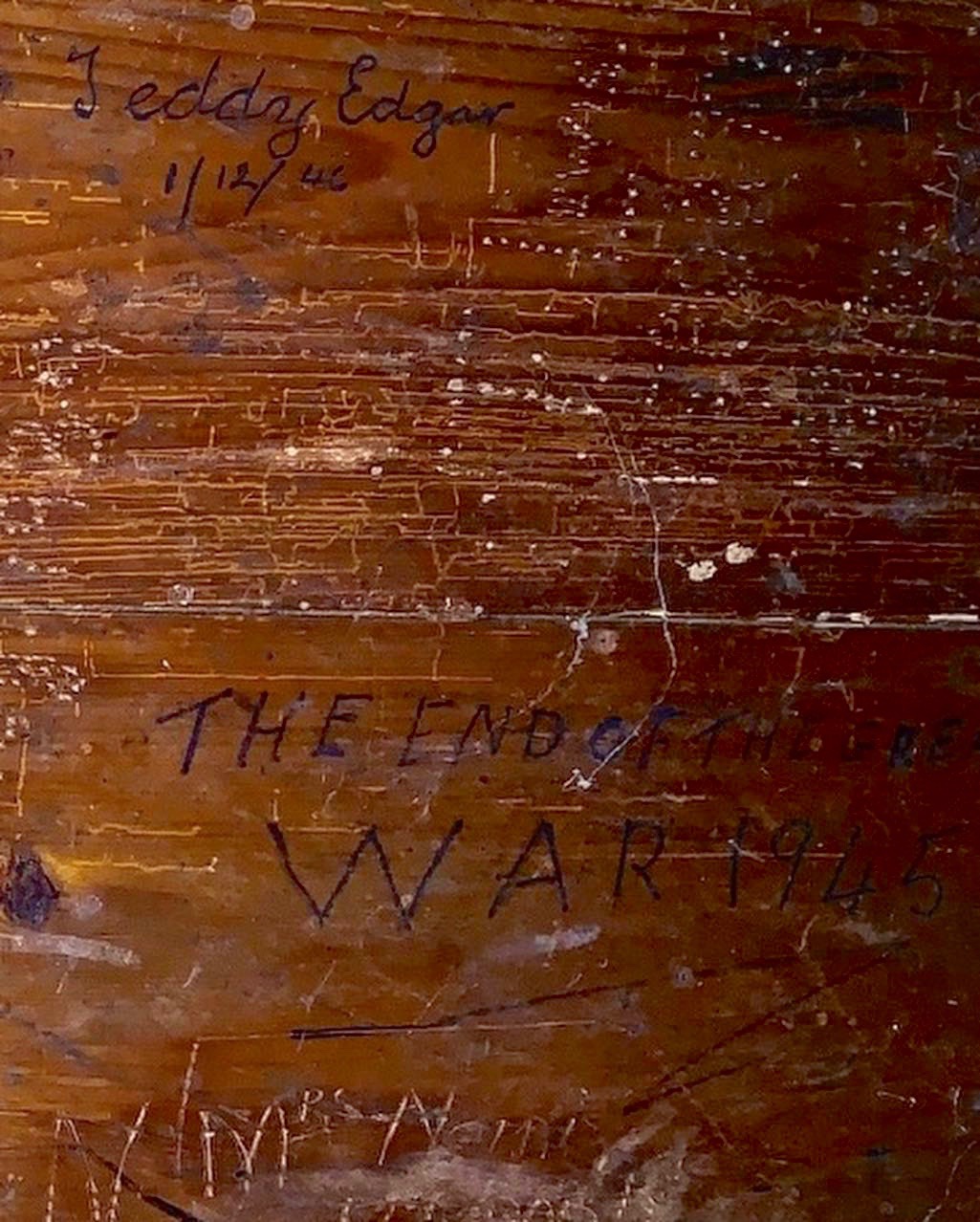 Below is a signature dated 1st March 1948. St Davids Day, a significant day in Wales. 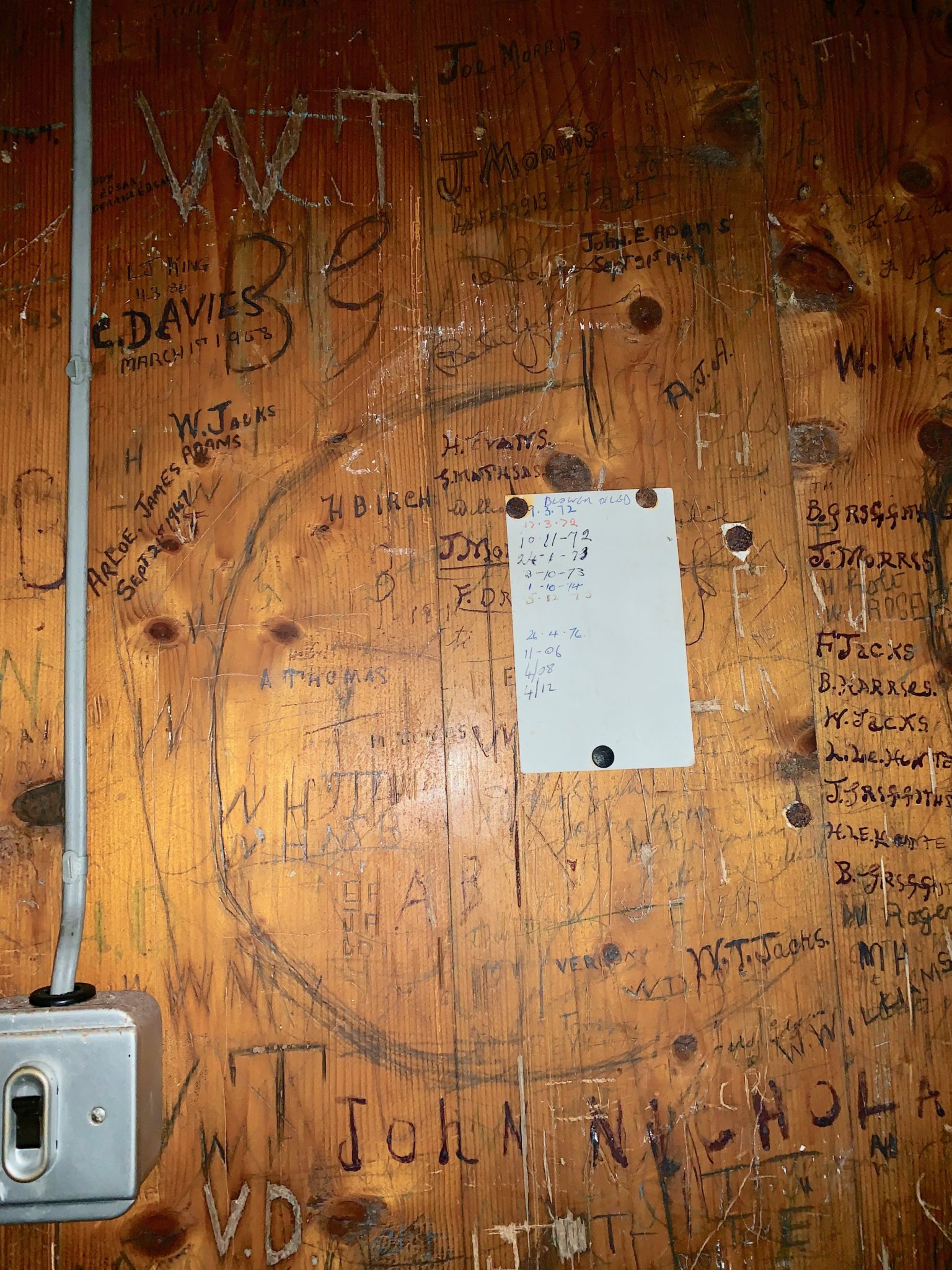 The picture below clearly shows drawings of soldiers with their hats on. 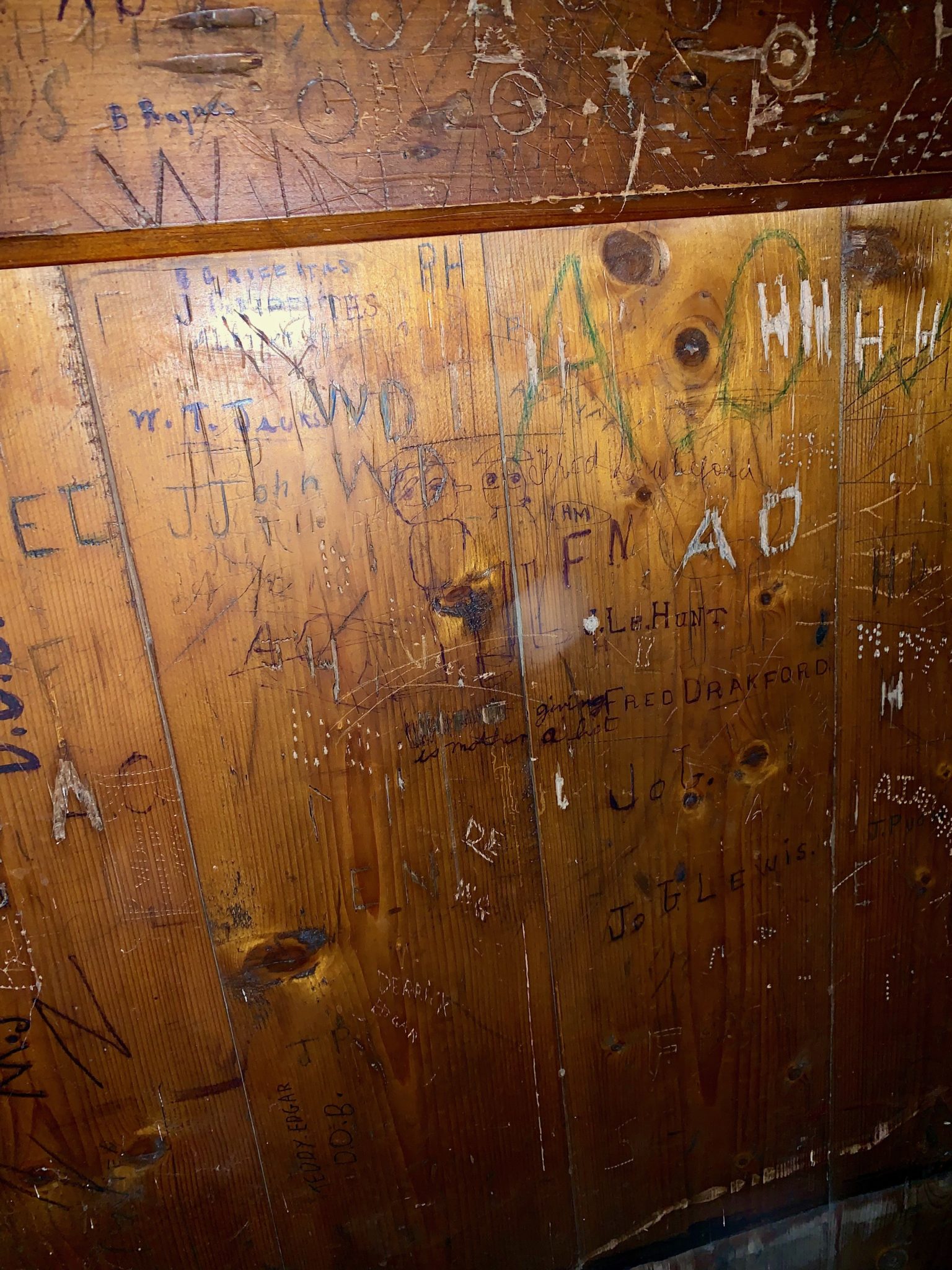 We’ve no doubt that we will stumble upon a wealth of dates. We’ve already discovered our first masonry mark in the 12th century tower, dated 1832 (?) 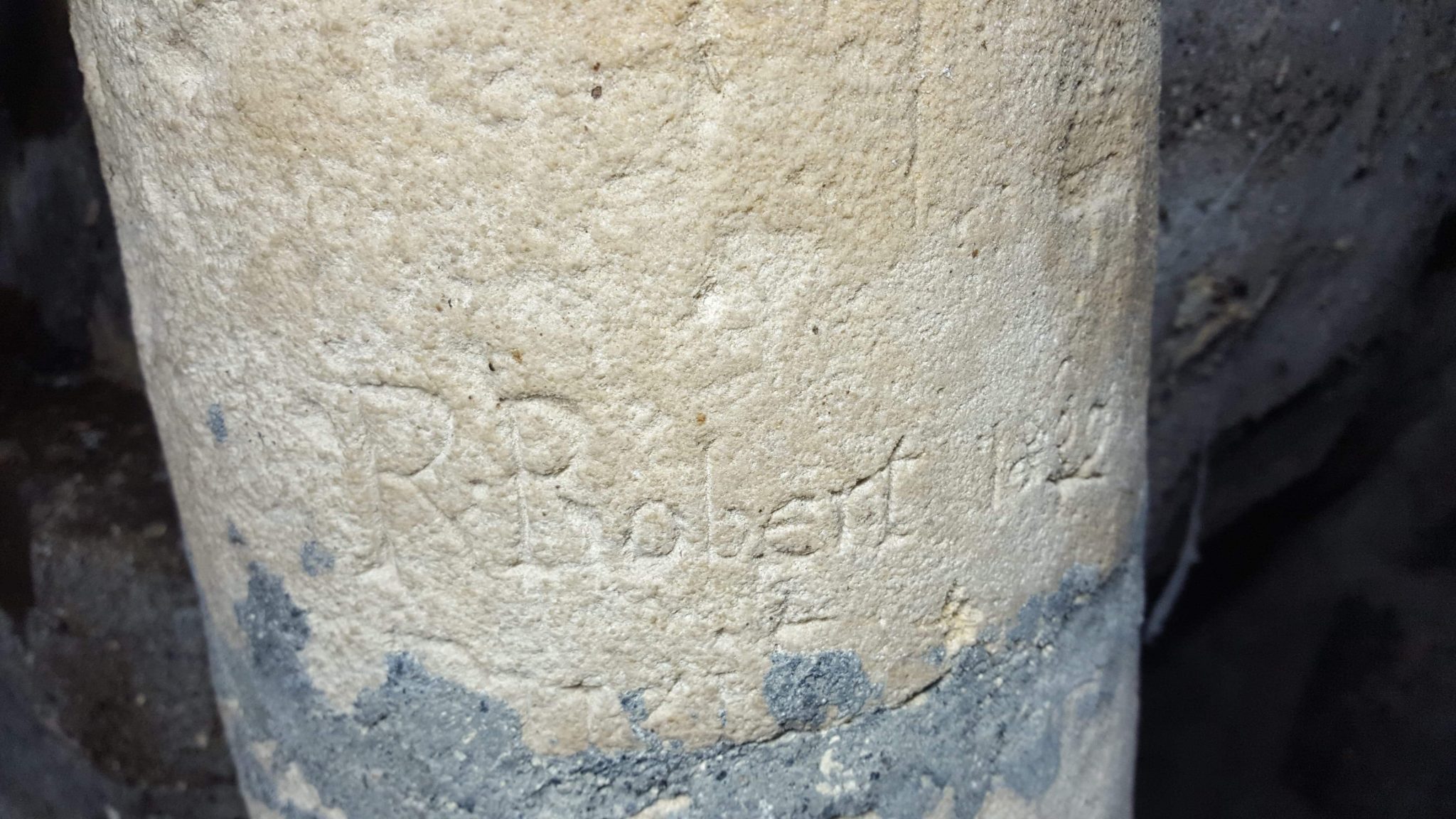 Incredibly, we had a local lady pop by whilst we were exploring. She has a deep love for the church and has spent the past 8 years intensely researching and logging every detail behind and within the church. From memorials to stones, the congregation and the ties the church had within the community. We showed her the graffiti and she marvelled at many names she recognised from her youth; people still living and people passed. We so very much look forward to spending more time with her to learn about Holly House. 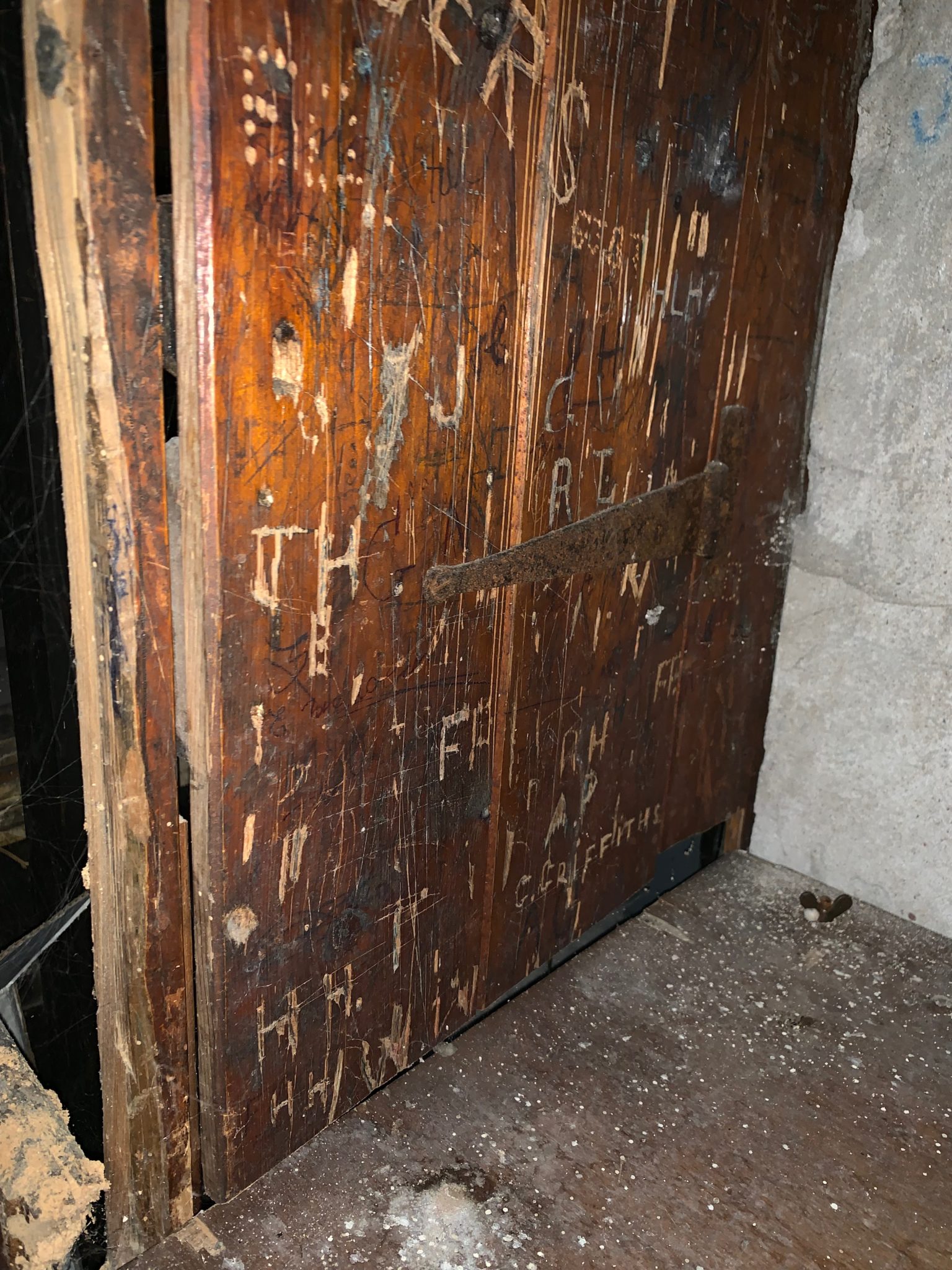 With the help of a local Facebook Group, I’ve managed to identify some of the names. The majority are considerably elderly and many would have passed and I know that some are now buried within the graveyard.

But it intrigues me to learn about the youth that lays behind these etchings. The moments in which they were carved out or written. Their world how it once was and how it’s changed. The friendships they forged and lost over the years. The untold stories behind the names. I do hope that once we are settled we can look further into the names and invite them over to Holly House for tea to listen to their memories and stories that they have to tell, the secrets in which a moment in time can reveal many many years later, a step back in time to bring history back alive. 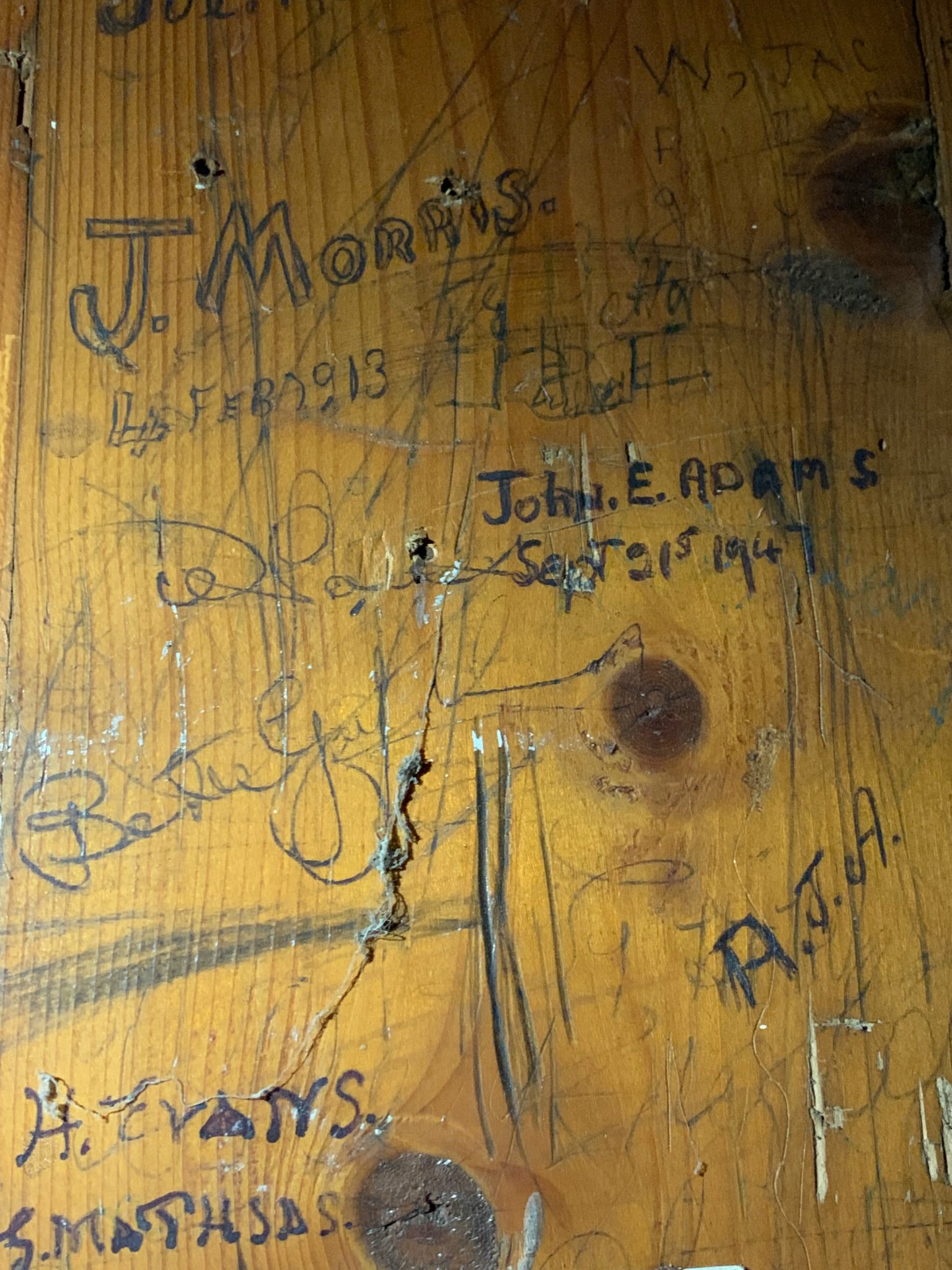 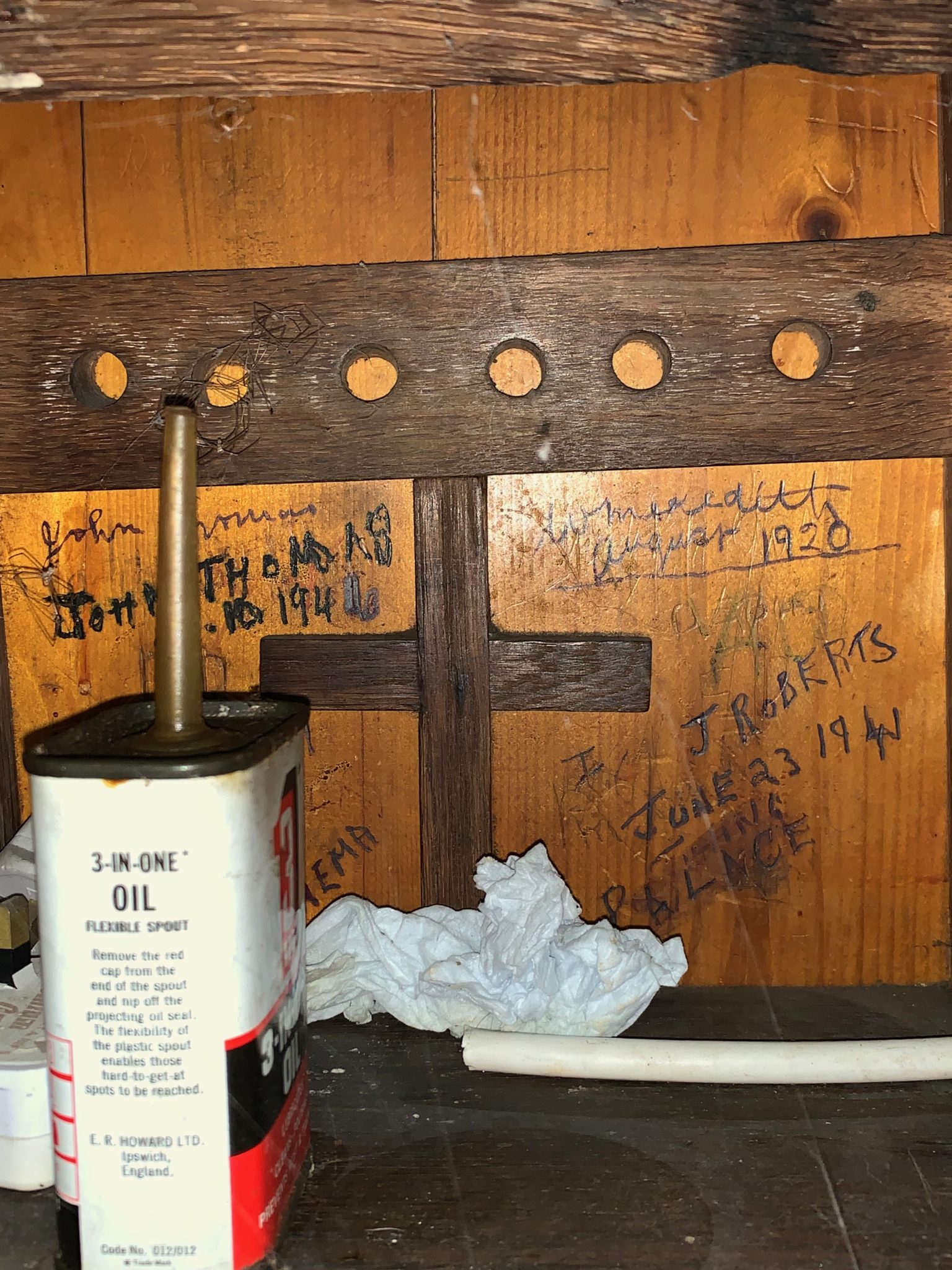 Whereas I would never encourage graffiti, I that don’t think I’ll be asking the people who left their mark to remove them. The secret cupboard shall be staying within Holly House forever.

Let There Be Light – Power Returns To Holly House

An Introduction To Holly House