You are here: Home / Parenting Realities / Teetering on The School Run 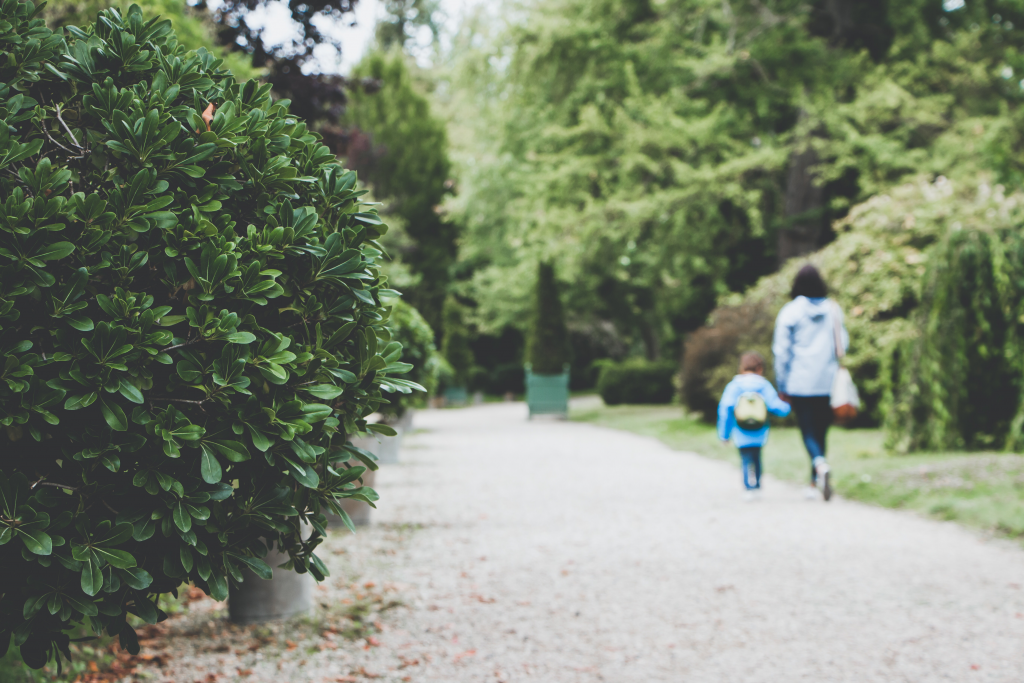 Teetering on that fine line of balance trying to smoothly sail through the school run process without descending into a chaos of irretrievable tag team shouting that will only leave us with unforgiving kisses at the school gates and a walk home awash with guilt is something that happens….Well, it does here.

It’s not how mornings are planned but that point of no return is such an accessible place to arrive at but such a difficult place to return from once you’ve hurtled full force over it without a safety net or a line to pull you back. Having my eyes pinged open to a morning chorus of bitching and griping amongst the kids, happily throwing undertones of vocal gnarliness at each other is NOT going to start the day well, (and they know that). There’s not even a snooze option, just a realisation that you’re going to be fighting to let it all go over your head… Easier said than done.

The irony is that the sky is blue and the morning sun is streaming feelings of Spring through the window informing you it’s a beautiful day… But they still choose to open their eyes with the main aim of talking to each other like crap about absolutely mindless things, things that really don’t matter. Talking like crap just for the sake of it.

This morning I opened my eyes to a full-scale verbal war because one of the preteens farted whilst walking past the other’s room. It could have been intentional (and there’d be no surprise for those actions), but it was used as a tool to prompt an onslaught of personal attacks over the smallest of things. In short, it wasn’t actually about the fart. The fart was irrelevant. It was an excuse.

There’s a certain tone in their voices that portrays their mood. That tone was my dawn chorus and even though the words were a jumble the situation was clearly apparent.

So through blurry eyes (and desperately not wanting too) that then becomes my stance.

Knowing I should be the adult makes it worse but I seem to head down the path of playing them at their own game in a ‘see you don’t like it’ sort of way in a desperation that they’ll grasp onto the knowledge that it’s really not nice and they’ll then wholeheartedly live and die by the morals of treating others the way you’d like to be treated yourself. Who am I kidding?

I can live with missing shoes (missing being defined as a lack of looking) and elusive hairbrushes (even though we’ve got enough kicking about to fill a hair salon).

Their inability to share the bathroom is bearable and being dragged into unresponsive statue like states by the TV doesn’t bother me overly. But talking to each other like complete tripe drives me crazy. It’s the unwanted weight that thunders into me when I’m balancing.

In an ideal world I’d ignore it, don an apron and whip up a tower of pancakes to happily fill their bellies and see them off with a beautiful organisation and ample words to fill them with the knowledge that I’ll pine for them all day and count down the minutes until their happy faces returned.

The reality: I utter and mumble and have them make do with toast accompanied by a lecture about world hunger and their luckiness to have what they do. I point out their need to tidy their rooms the second they return home from school, to make amends and promise them that they’ll spend every second in each other’s company (even if it’s until adulthood) until learn to get on, be nice and respect each other. No care is taken in the packed lunch making. In short, I crash, bash and make my disappointment evident. I partake the school run like a fishwife with a bunch of children with faces looking like smacked bums.

I dish out kisses but I’m sure it’s an obligation.

I walk home under a beautiful blue sky exuding hints of Spring feeling like shit and promises that tomorrow I won’t slip from that fine line. I’ll still teeter but I will not fall.

Why can’t they just be nice?

I love them with every morsel of my being but I falter.

3.30pm, they’ll come crashing through the door dumping their wares, heading for the fridge and the process will start again.

In our house, we have a dysfunctional normality and although it’s not evident within the dawn chorus we do exude love for each other, mostly.