You are here: Home / As They Grow / School Run Memories Hunt 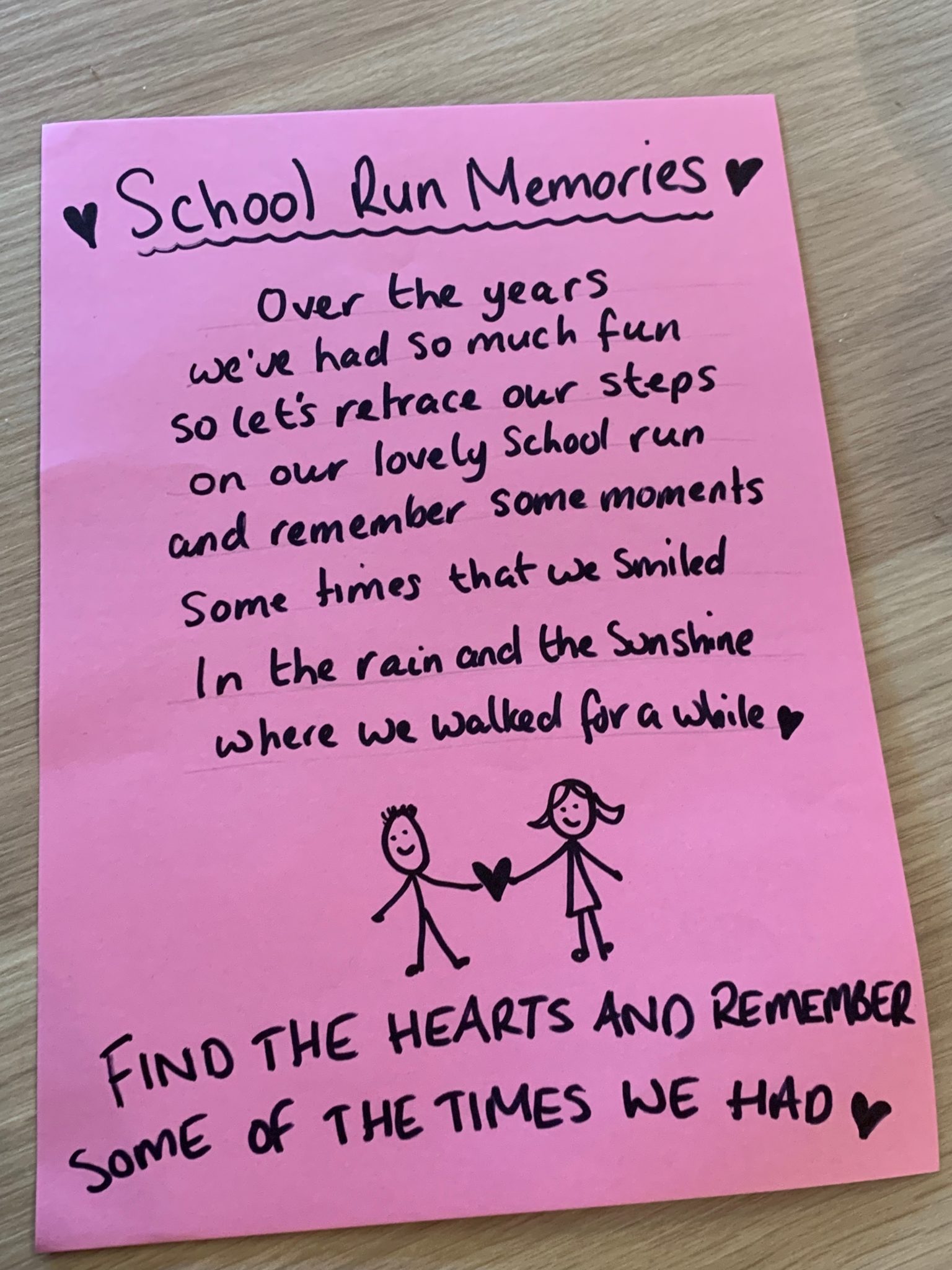 The school run years are such an important time in a child’s life and the most perfect time to make some everlasting memories. Memories that most often you don’t even know you are making.

The school run can be fraught and stressful but wondrous too and a fun chance to embrace some quality time together. Having walked the same school route for the past twenty years with 6 children we have found ourselves having to say goodbye to it as we embark on a new family adventure.

With this in mind, I wanted to do something to make our last few days of school runs something to reflect on and to smile about some of the lovely memories we’ve had over the years as the children have grown.

So I came up with a simple and easy idea to throw together: ‘School Run Memories’. I used chalk to mark hearts at certain points of the school run where we had made memories in the past. I wrote a number in each heart and made a list for the children to correspond to with the memories listed.

It was lovely to be reminded of some of the things from the past which had we forgotten and it led to some wonderful conversations and smiles. 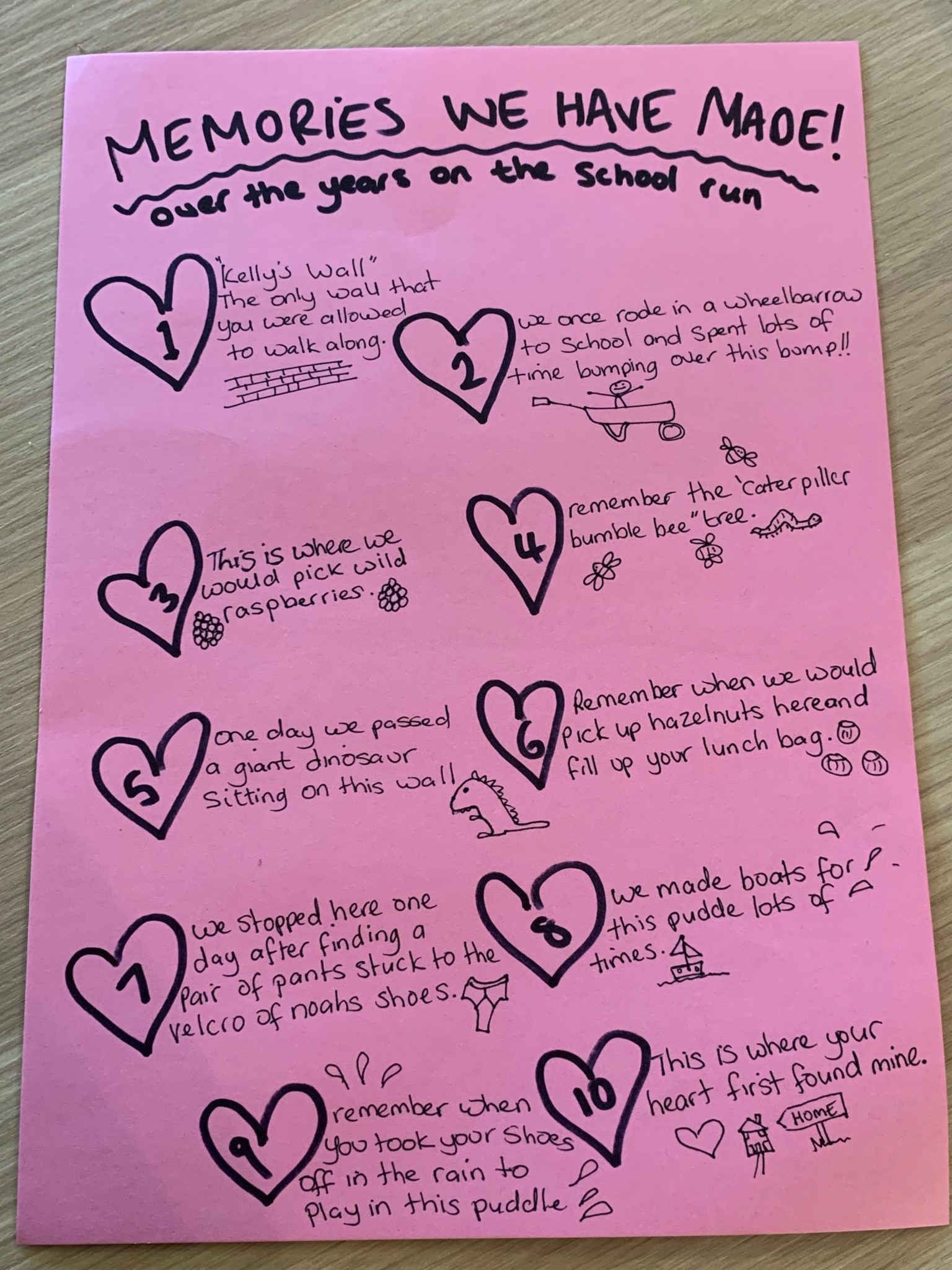 The only wall that the children were allowed to walk on during the school run due to it being that of a friend. This wall has provided us with many bruised and scraped knees, a million teeny red insects and lots of imaginative adventures. The children would pretend they were crossing shark infested waters or pirate planks. The children also fondly spoke of cups of tea drank on this wall whilst the grown-ups chatted and the kids interrupted on a loop. Kelly’s wall was always used from the teeniest of toddlers, hand-holders, and right through to just watching them bound over it through gritted teeth. This wall has provided plenty of childhood war wounds. 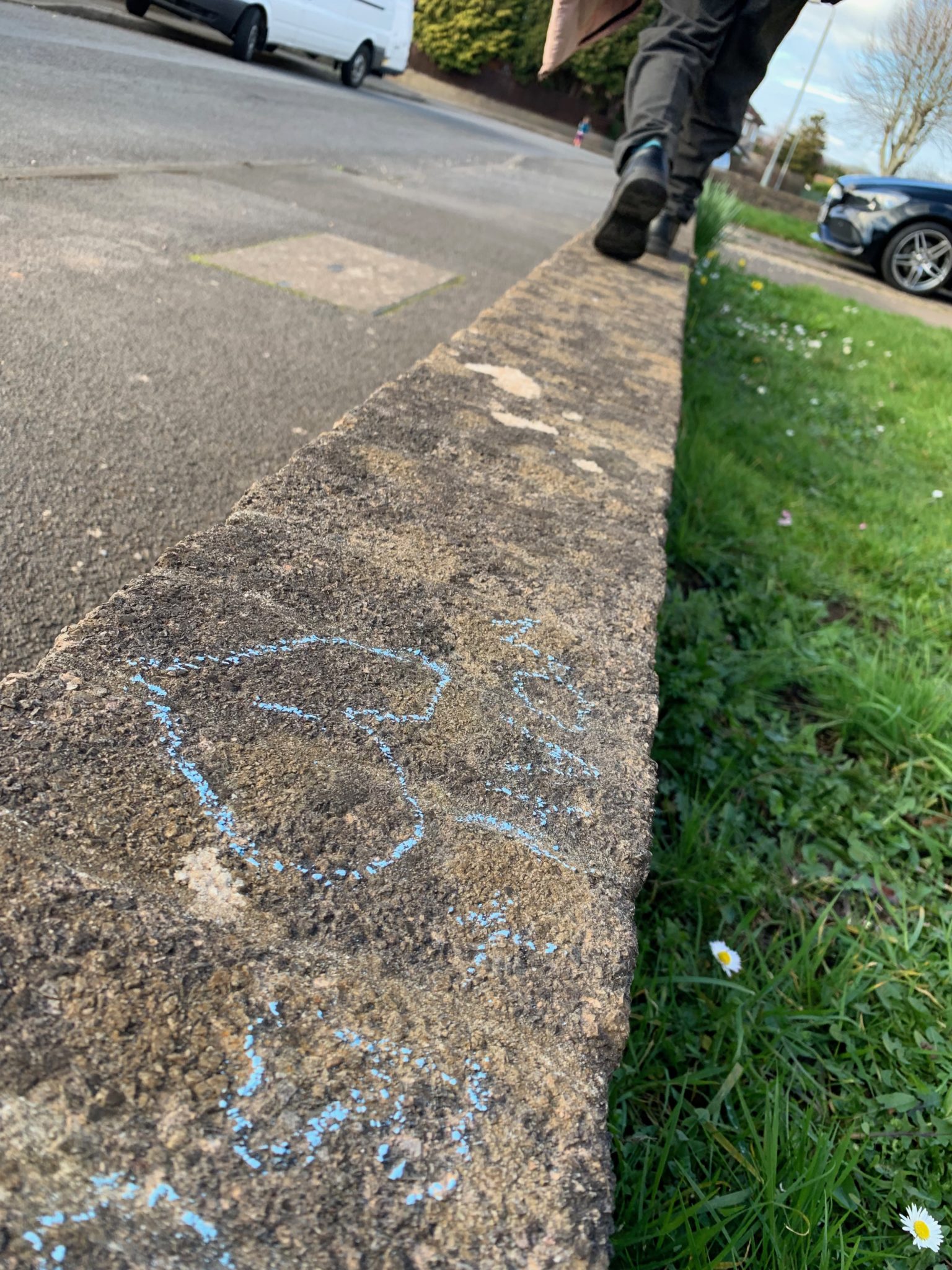 Noah once wanted to ride in the wheelbarrow to school so we did. We lined it with cushions and a blanket and we didn’t worry about what other people thought. They roared with laughter as we rode over bumps in the pavement. 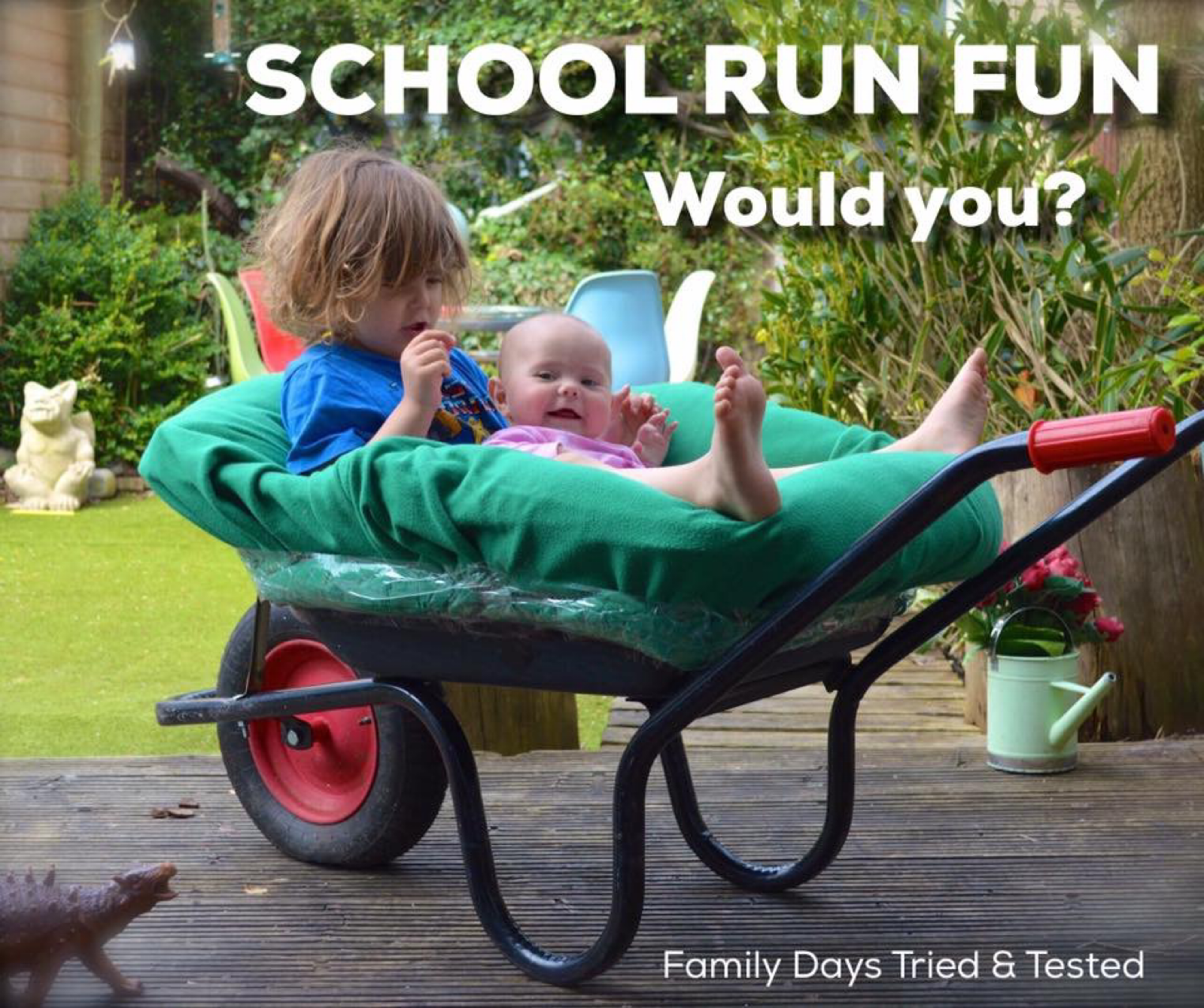 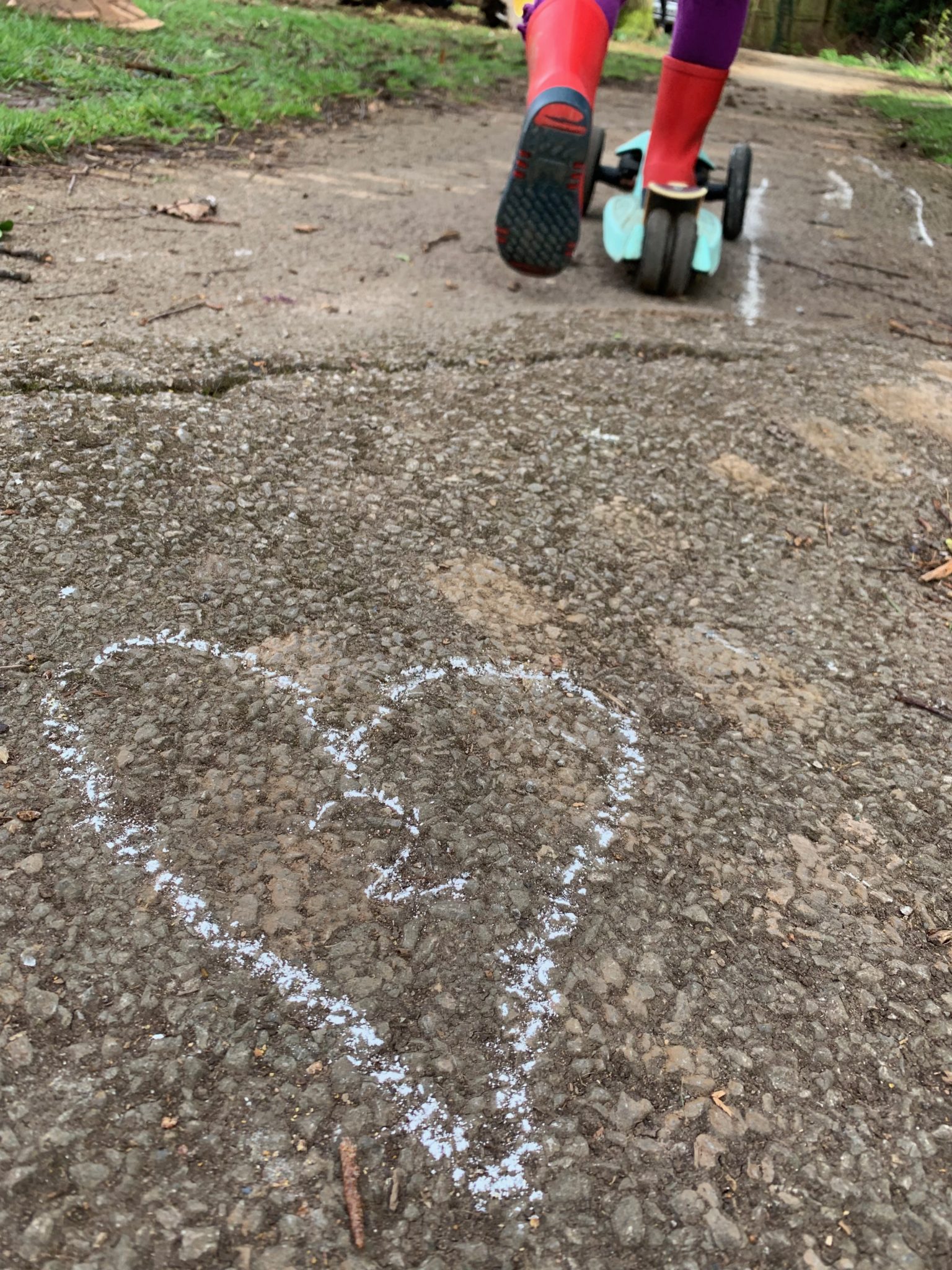 It was never a heavily ladened bush and you’d be lucky to get one or two fruits. But one year we managed to harvest four raspberries! Growing out from under a fence and through some brambles, it was like we’d found treasure! 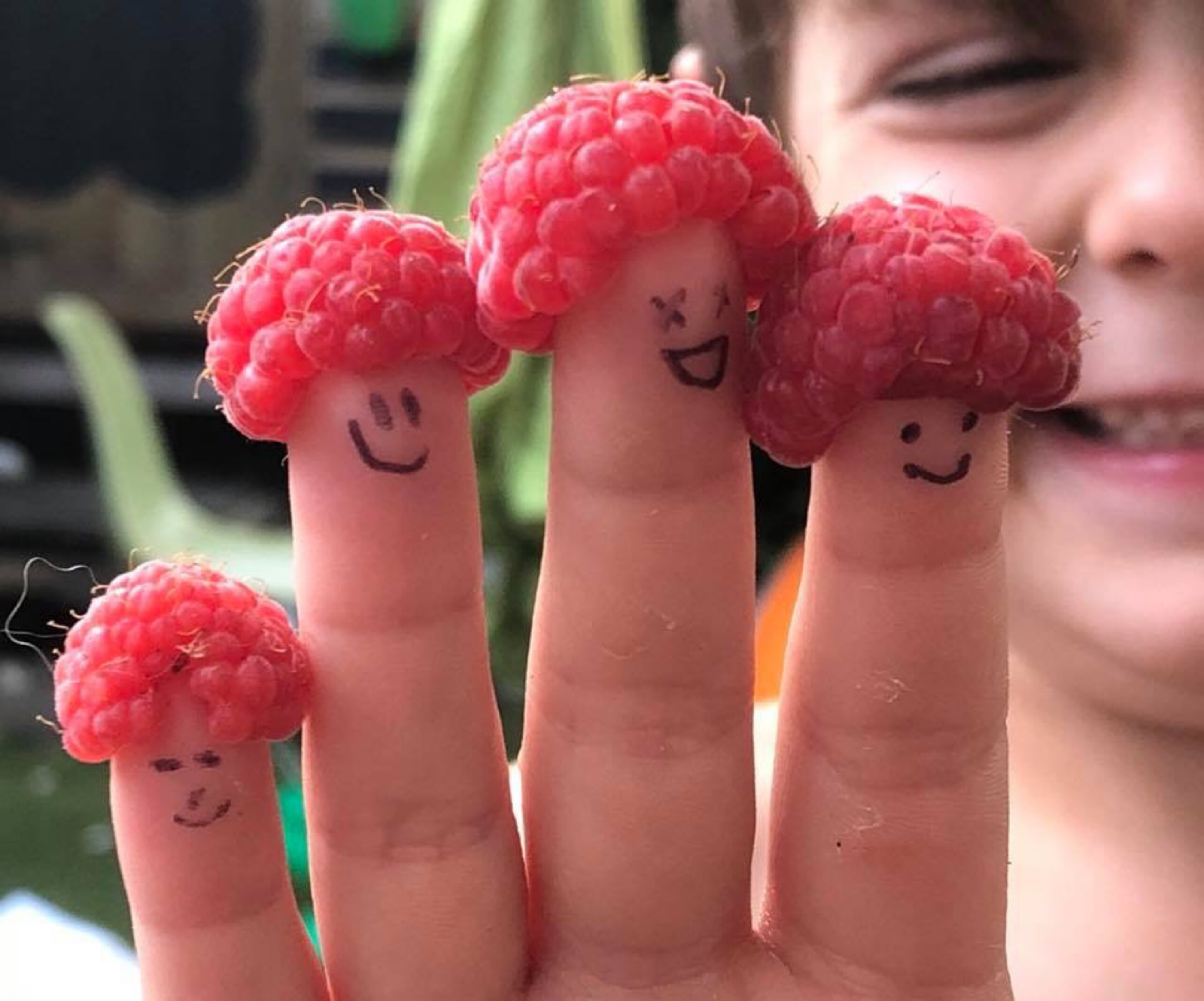 The bumblebee caterpillar bush was an old weed, infested with stripy caterpillars that brought out the imagination of a 3 year old in the most beautiful way. It makes my heart warm every time I walk past it. 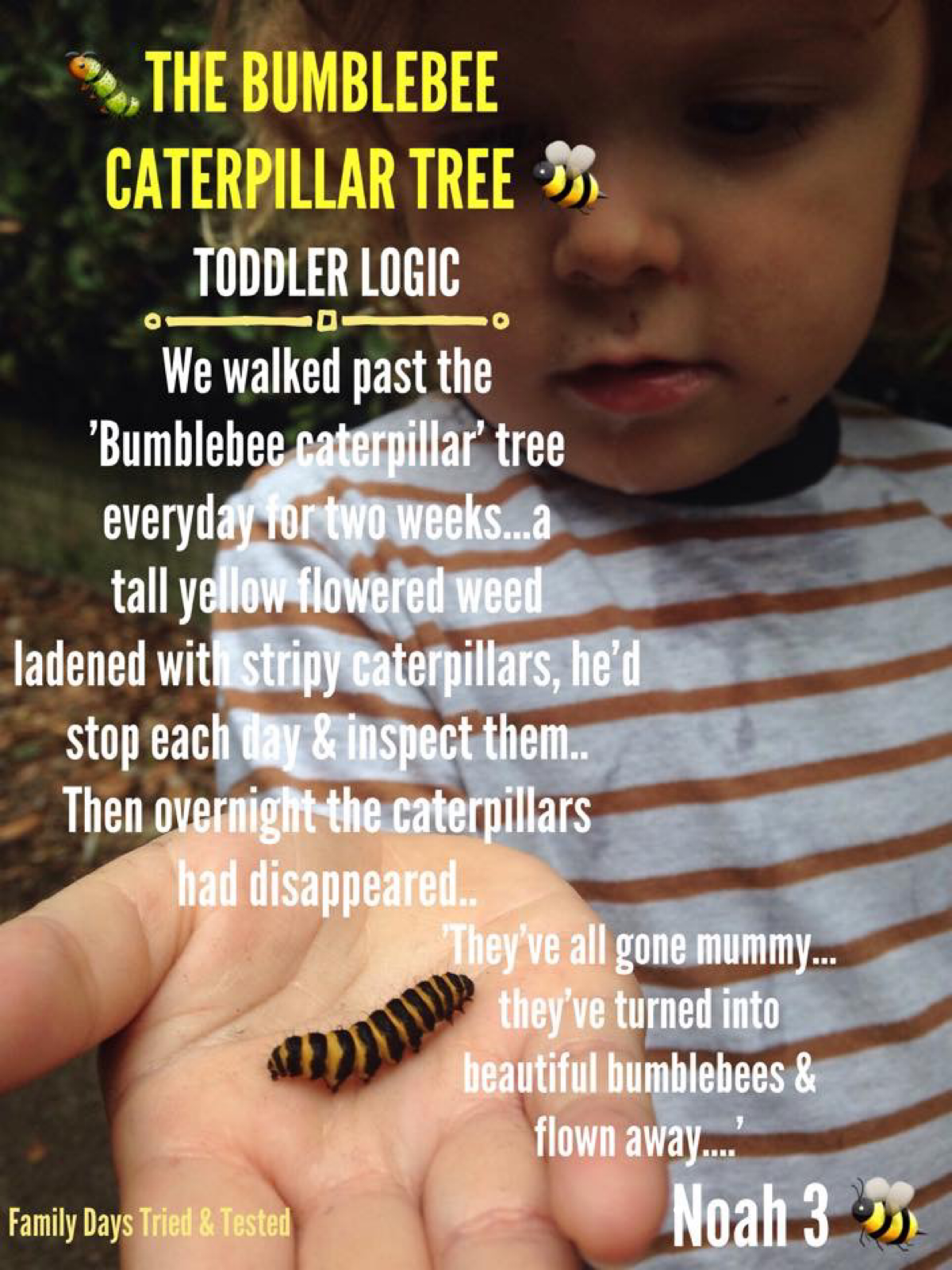 We walked past this wall hundreds of times. Possibly thousands of times… 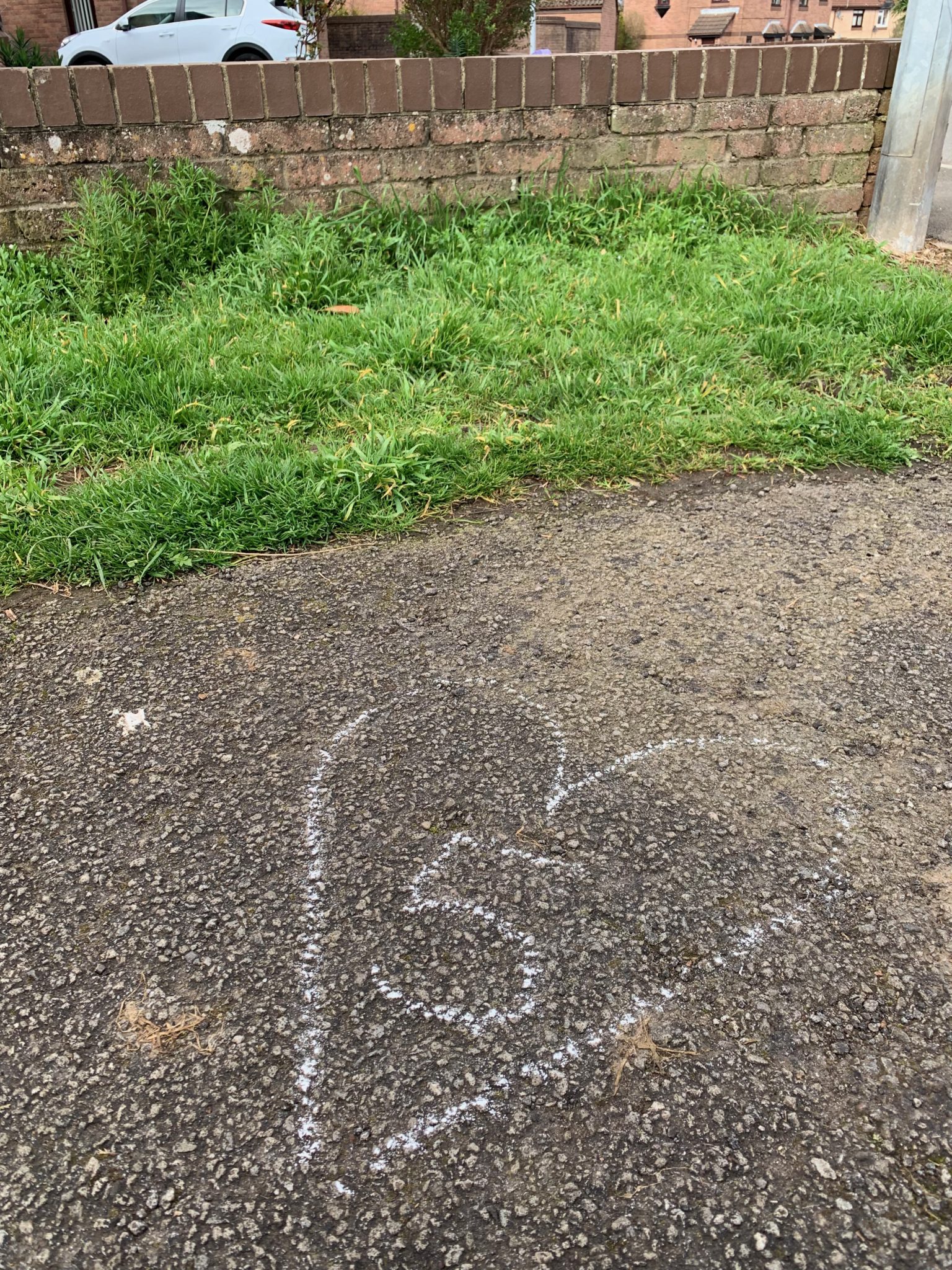 …and one day we walked past it only to find a dinosaur sat on it. 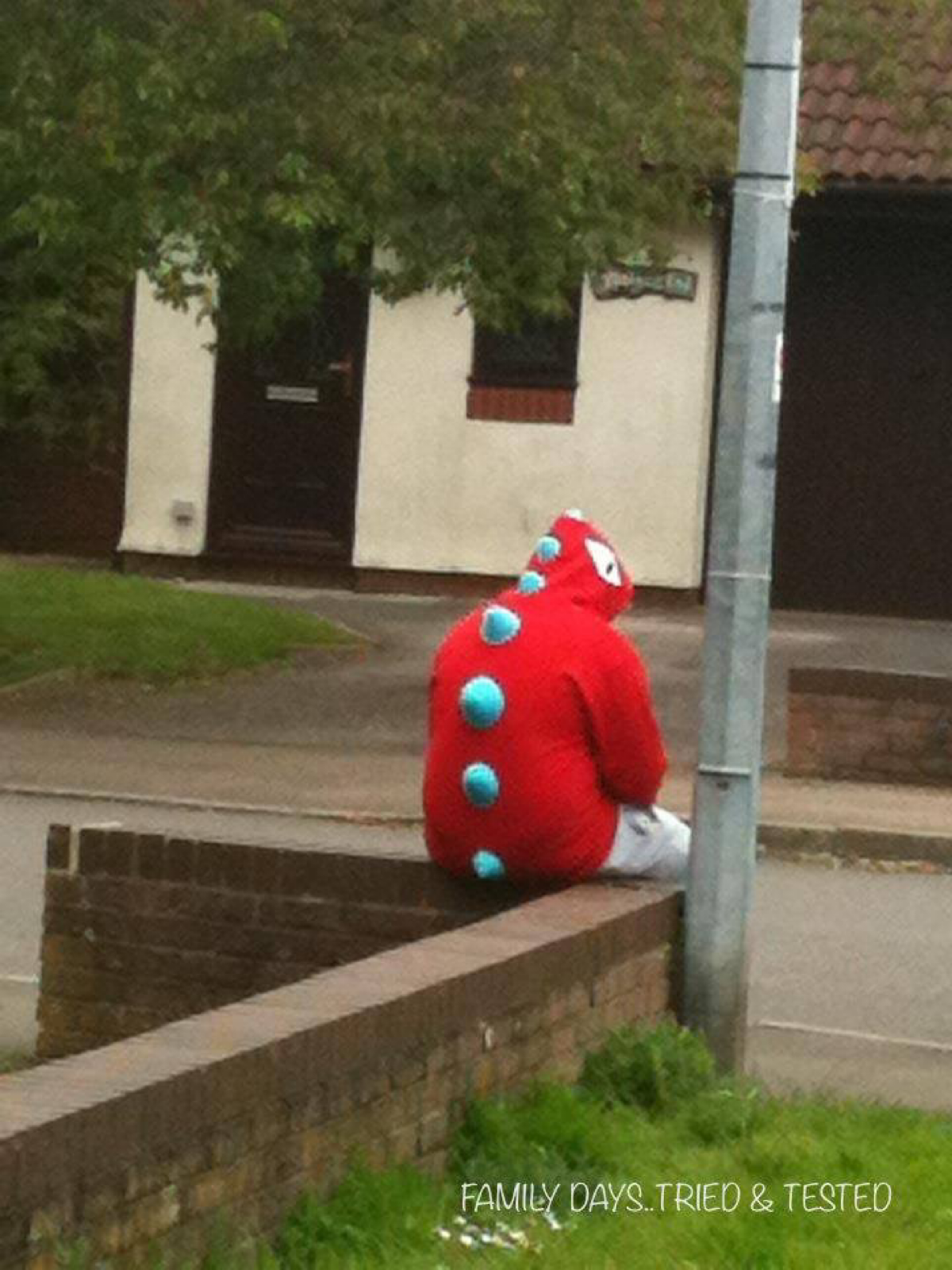 We watched this tree grow each year through the summer and would watch its fruit drop in the early autumn. We would spend many many days collecting hazelnuts from the floor and became quite ingenious at thinking up activities to do with them! 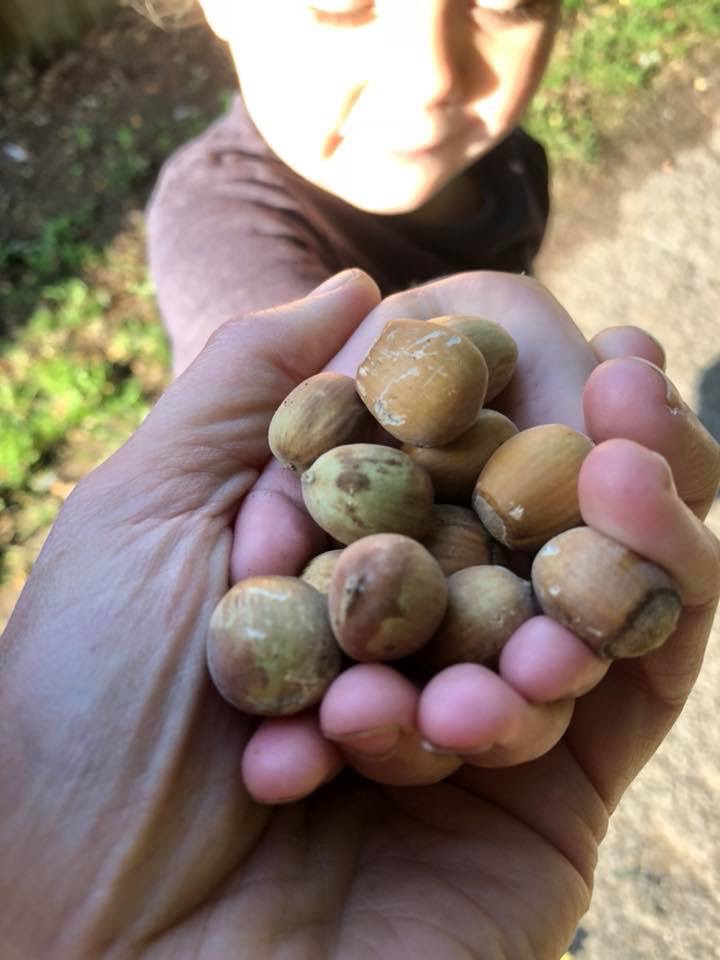 This is something that has happened to me on more than one occasion as a result of throwing on yesterday’s jeans without checking the legs for stray pants. But one morning we left the house only for Noah to find a pair of his sister’s pants that had attached themselves to the velcro on his shoes. I’ve no doubt it will happen again. 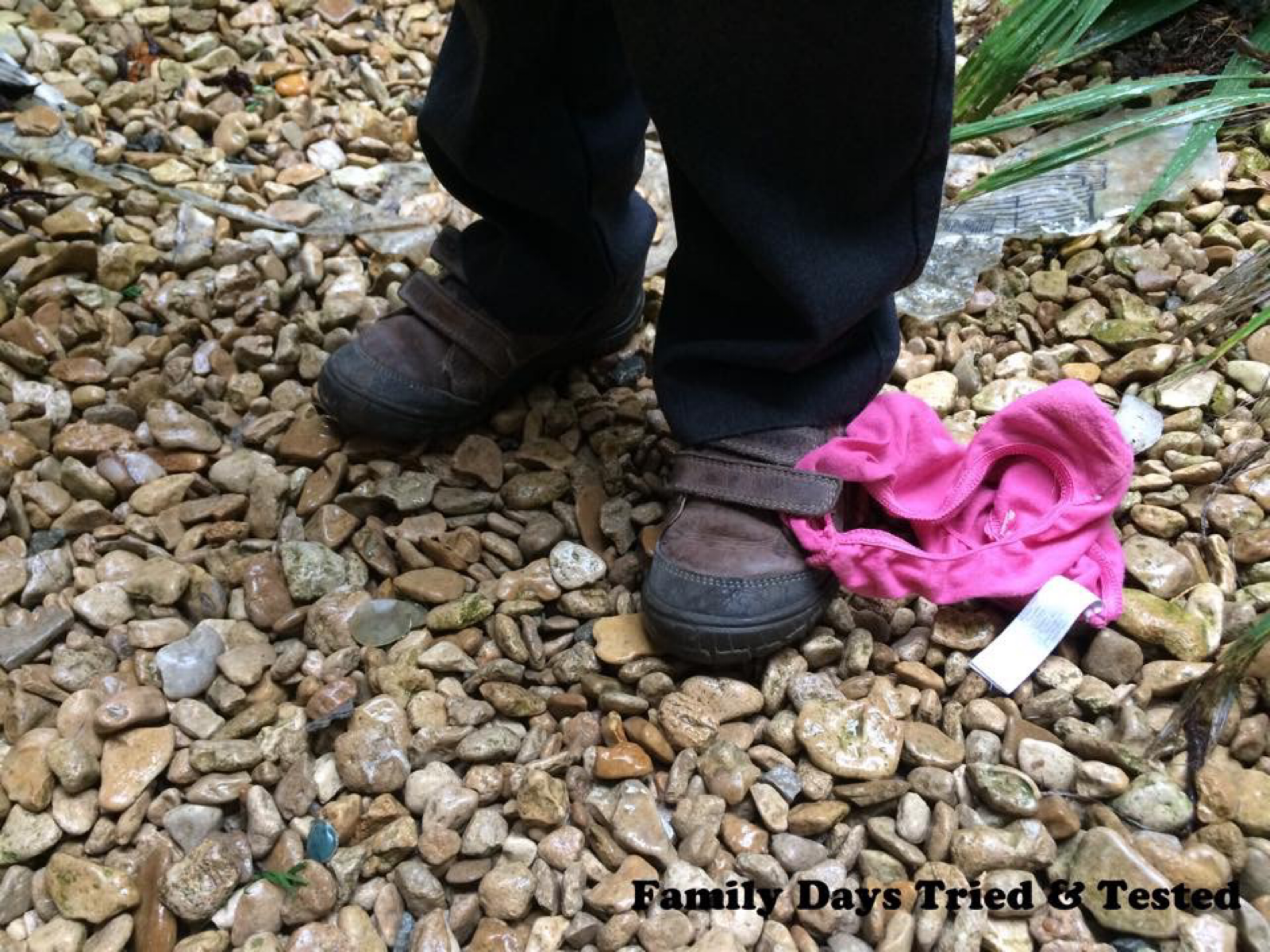 I couldn’t tell you how many school runs we did in the rain over the years. But they weren’t always miserable. We learned to dance in the rain, splash in the puddles and make simple sailboats. 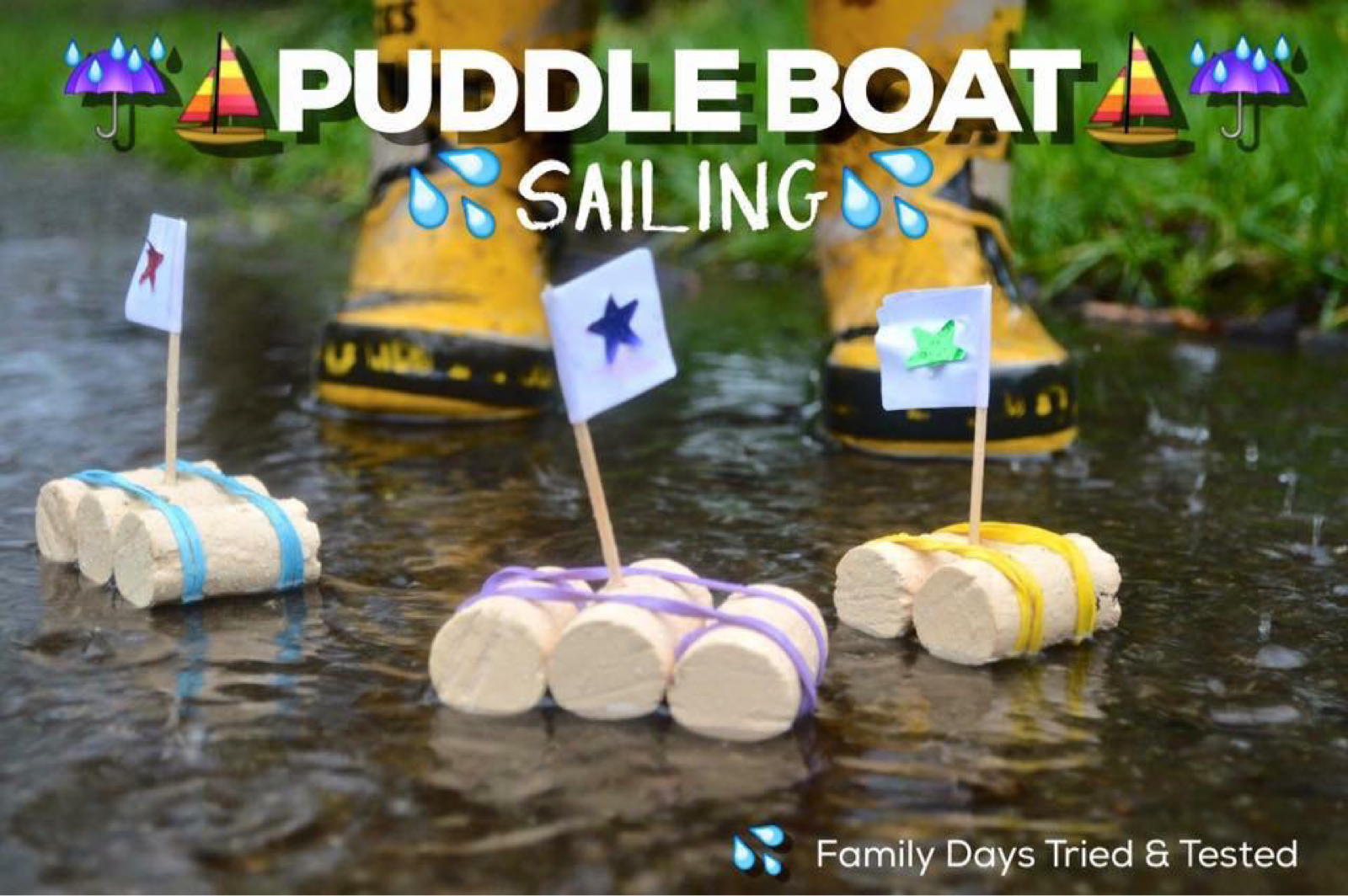 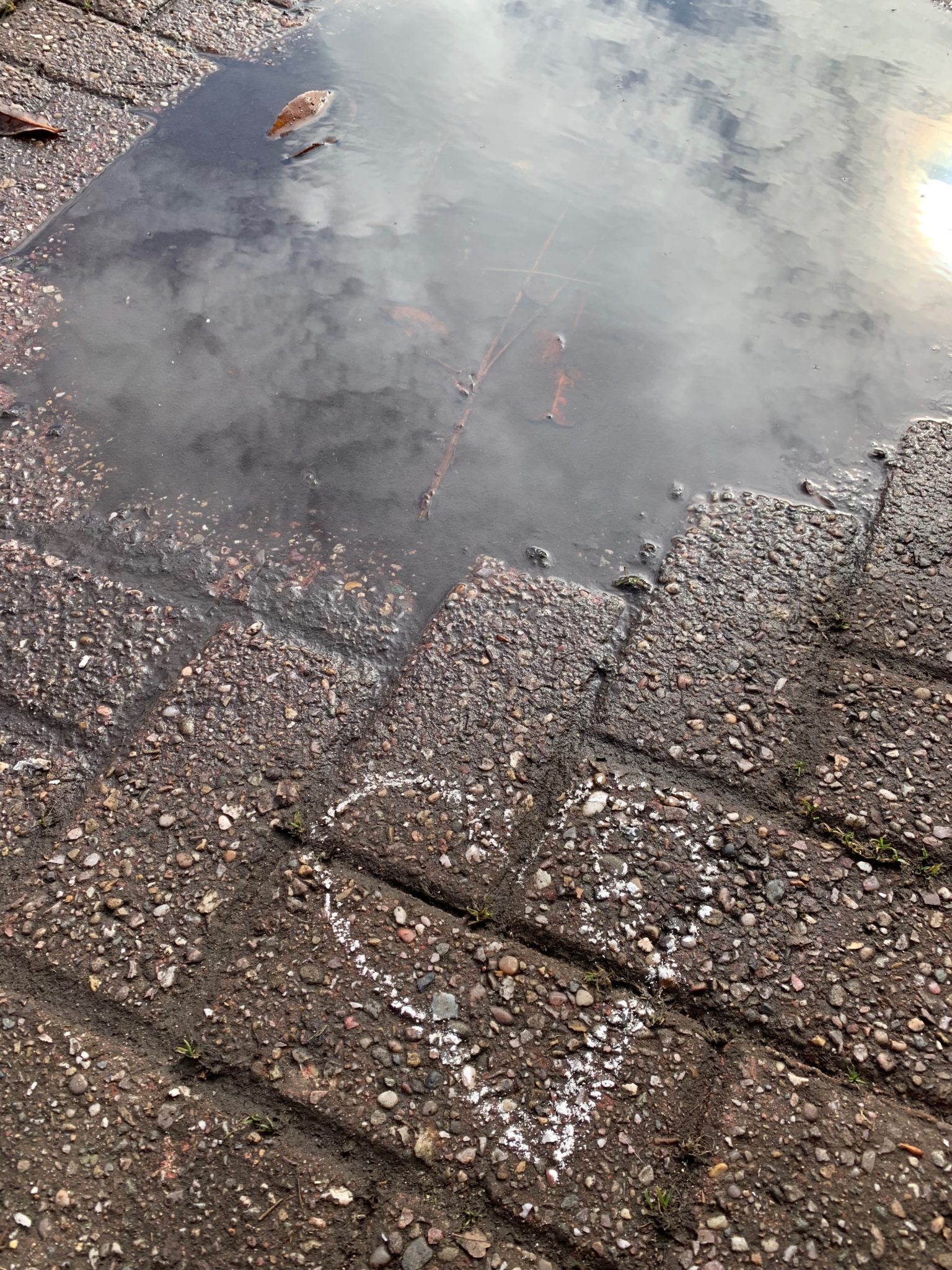 The Best Puddle In The World

If ever there was a puddle that endlessly gave, it was this one. Many times we would stop on the way home, cast off our shoes and splash in the puddle. And the joy they portrayed to me when we spoke of the time that I removed my own shoes and socks reassured me that embracing a moment can mean the world to little ones. 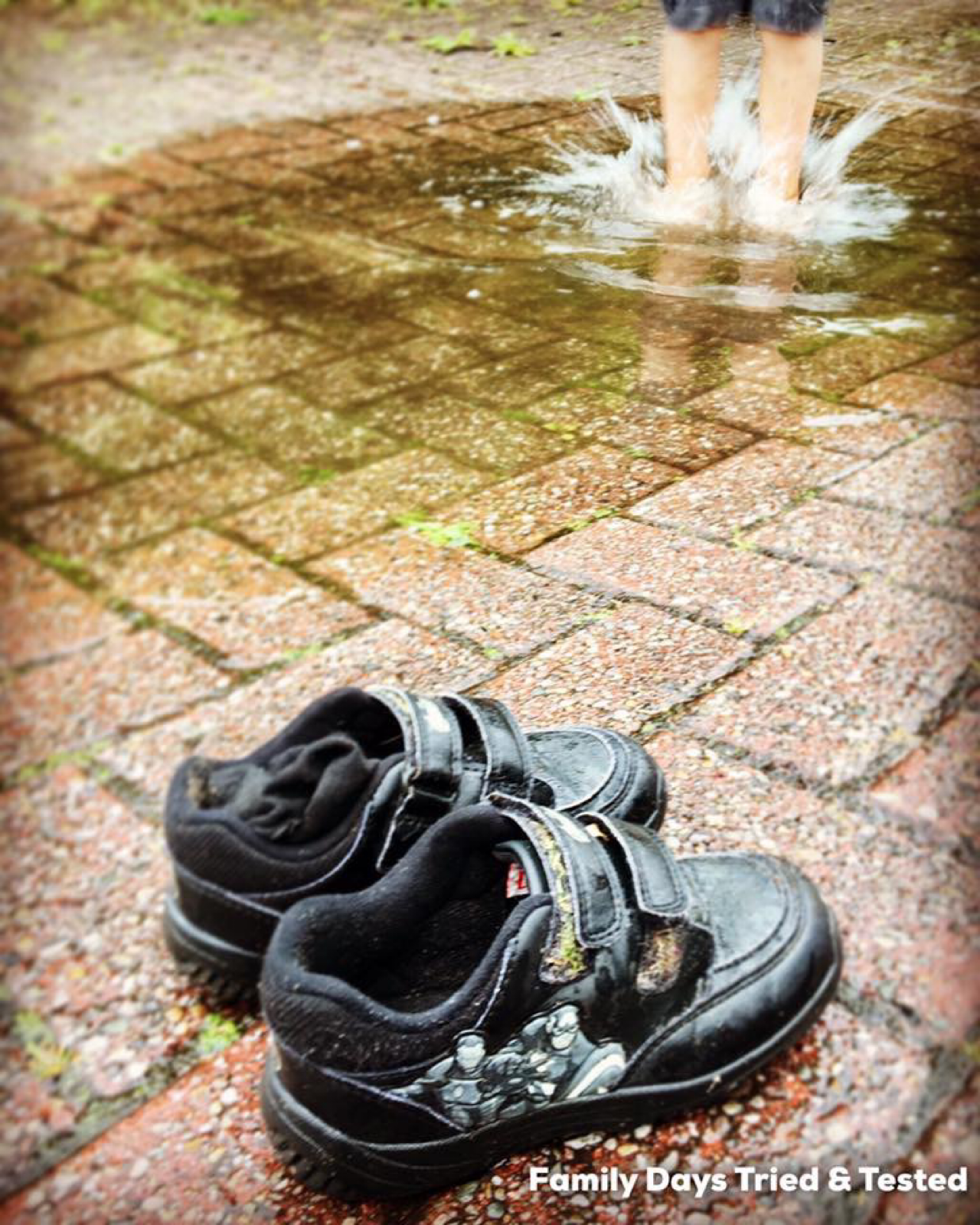 Where Our Hearts Met

Our very last heart was chalked on our front gate because it was here in this very home that my heart met theirs. 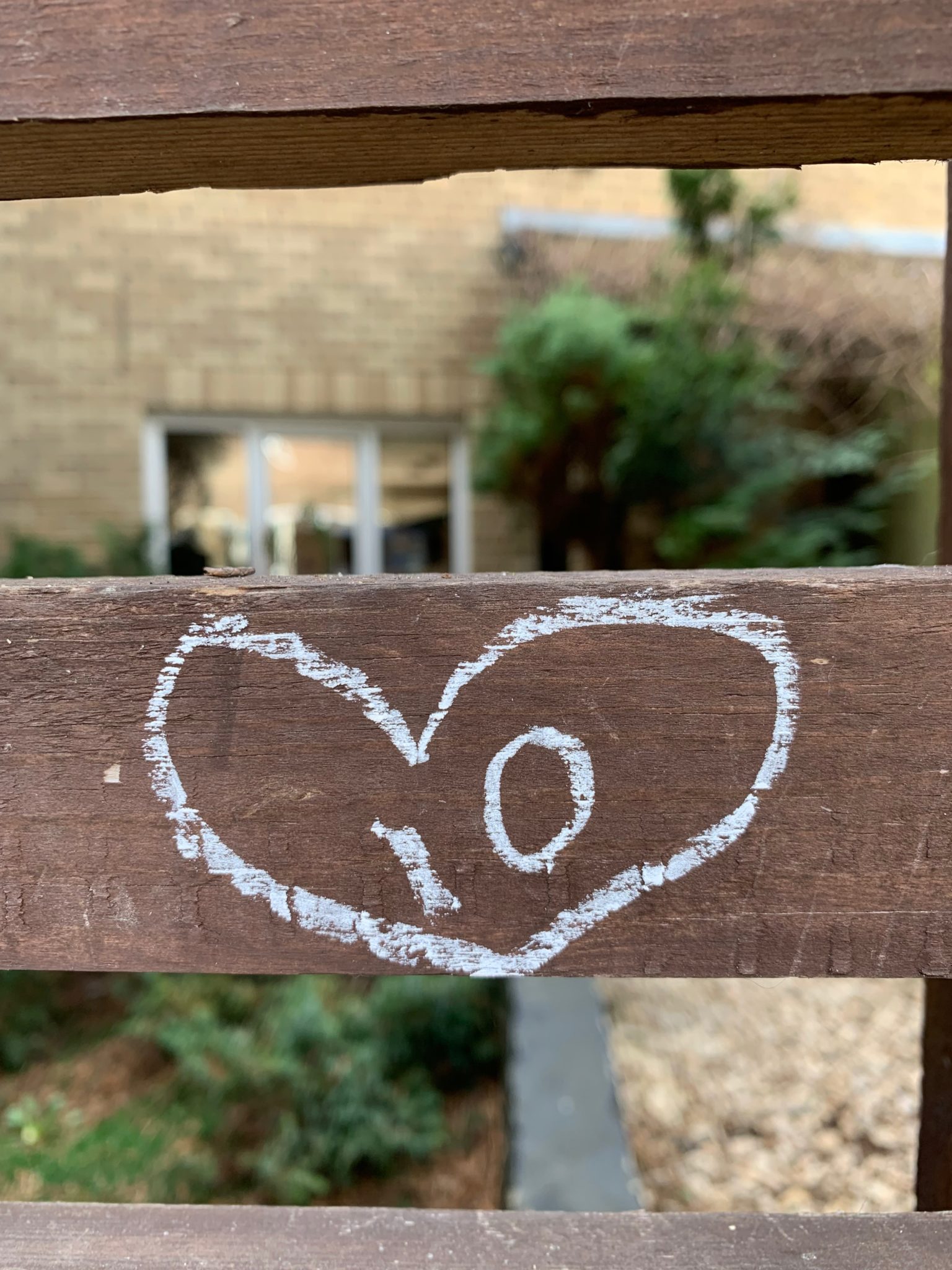 The children had such a lovely time remembering things that we’d done over the years, as did I. It’s really easy to think of the school run as monotonous and a daily chore but when you actually think about it it is so much more than that. It’s the perfect opportunity to spend some quality time together, to slow down and embrace the fantastic that lays within the ordinary which we so very often overlook in our haste to get from A to B.

I never realised we’d made so many memories until we actually took the time to think about it. And I was surprised at just how much they remembered too.

They grow up so quickly and before you know it you’ll be wanting to return to these moments so appreciate the school run whilst you can.

Teetering on The School Run