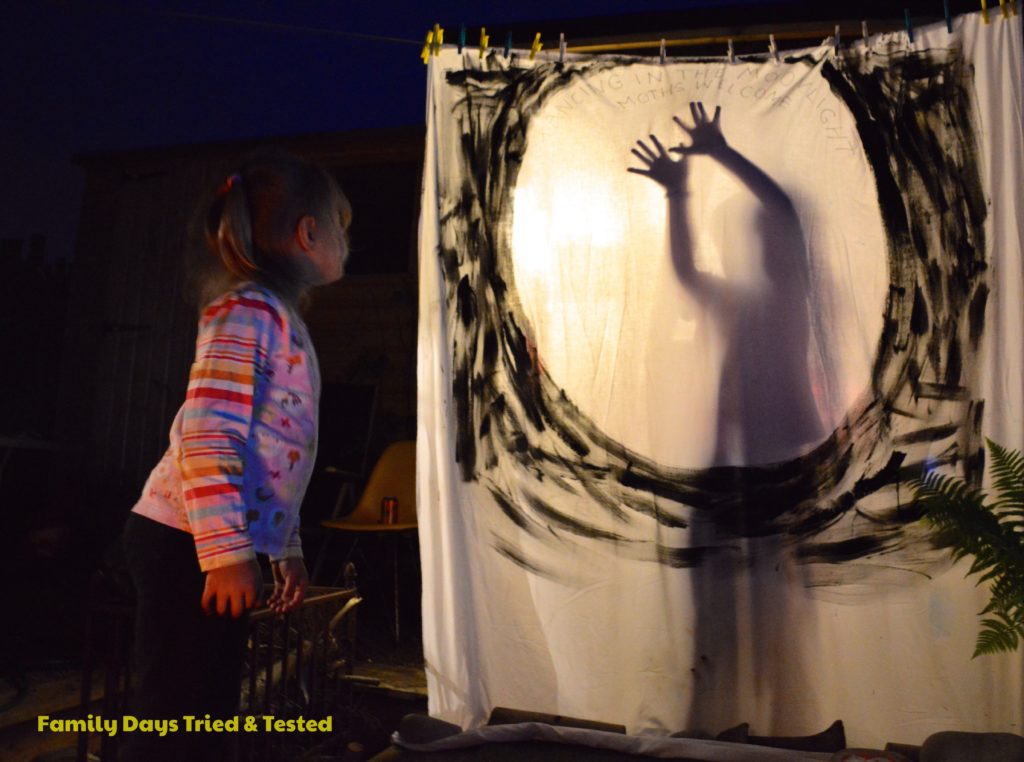 We were asked if we would do a ‘Big Wild Sleepout‘ in our garden for the RSPB and post about how we got on.

We were not given any specific guidelines or needs, the only ask was that we have a ‘Big Wild Sleepout’…. So, how we did this, was entirely up to us.

The Big wild Sleepout takes place on the weekend of 29-30th July and is a fab time for the whole family to enjoy a night time adventure of your own.

We’d taken part in The Big Wild Sleepout last year and had oodles of fun so were looking forward to doing it again. We didn’t do much homework for the job but it was decided that it should signify a lovely time that is achievable by all, affordable and reasonably effortless and something that would show what we have under our noses when we think about it a little… and alongside the basic guidelines which we’d set ourselves we were also sent a *Big Wild Sleepout Pack* which is available to everybody who signs up to take part.

This years sleep out theme is aimed towards unlocking a secret world of nature at night. As an addition to our sleepout we decided to try our hand at some star gazing and were supplied with a fabulous and easy to use telescope for our mission. Alongside this we had a night time passport (the passports are supplied within the free Big Wild Sleepout pack along with stickers and some really cool glow in the dark bunting!!) 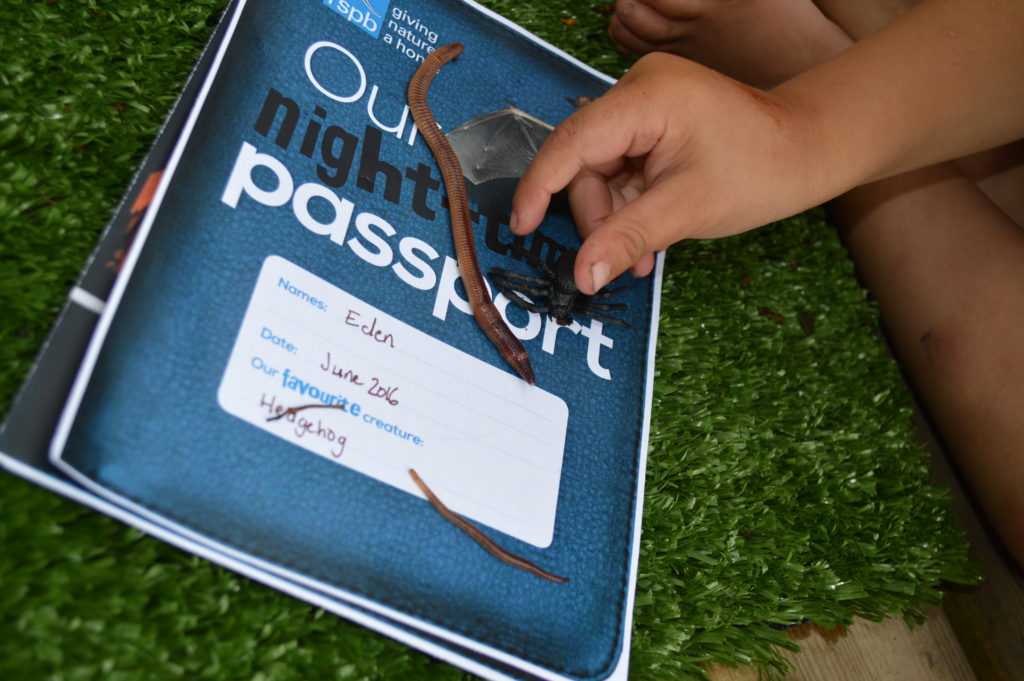 We chose to do our sleepout in our own back garden, a small back garden with limited shrubbery and astro turf… but wildlife is everywhere and here at FD we are no strangers to making use of our surroundings whatever they may be we always find nature, it’s often just a case of looking.

Our ultimate goal was family fun.

We decided to put up the pop up tent but you actually don’t even need a tent…. We also used the kitchen table to show versatility and fun in den building but also at the same time used it as a tool to open discussion with the kids about animal homes. Our kitchen table then became a ‘snug as a bug lair’… (the table, a curtain thrown over, an air bed underneath, cushions and blankets) We did put a pop up tent next to it as rain was forecast for the early hours of the morning… Our kitchen table tent was by no means waterproof but oodles of fun.

Our under table den. 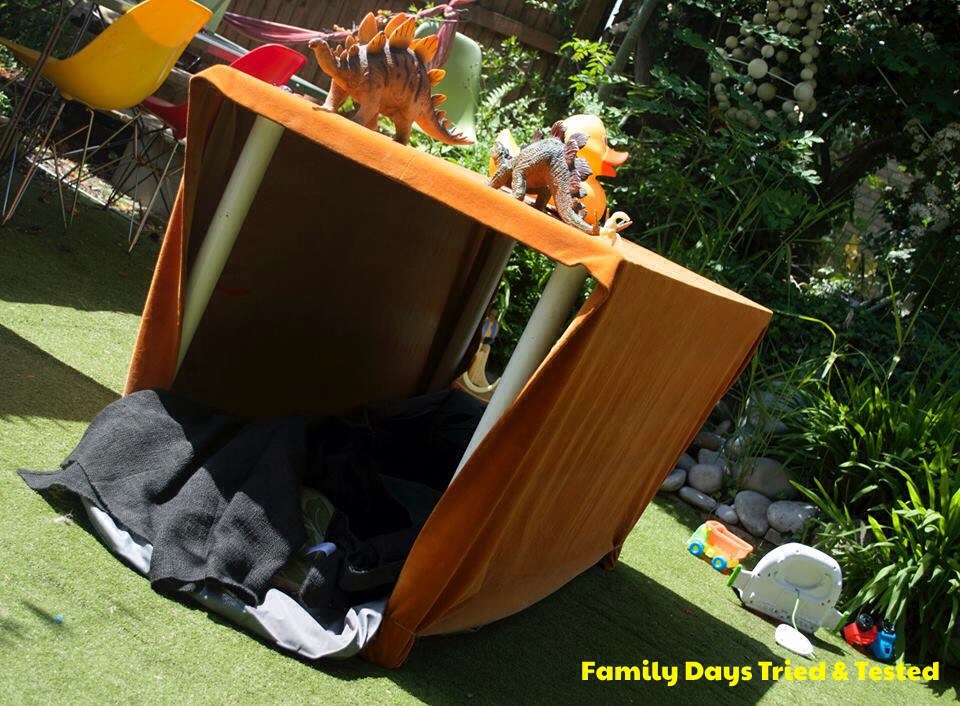 Our pop up tent. 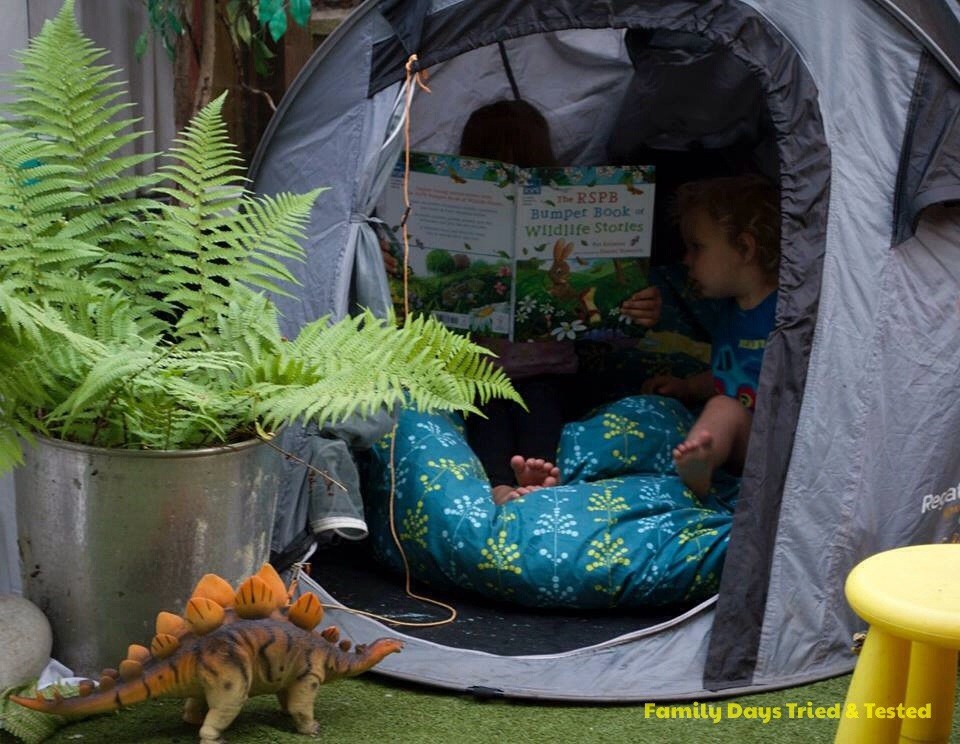 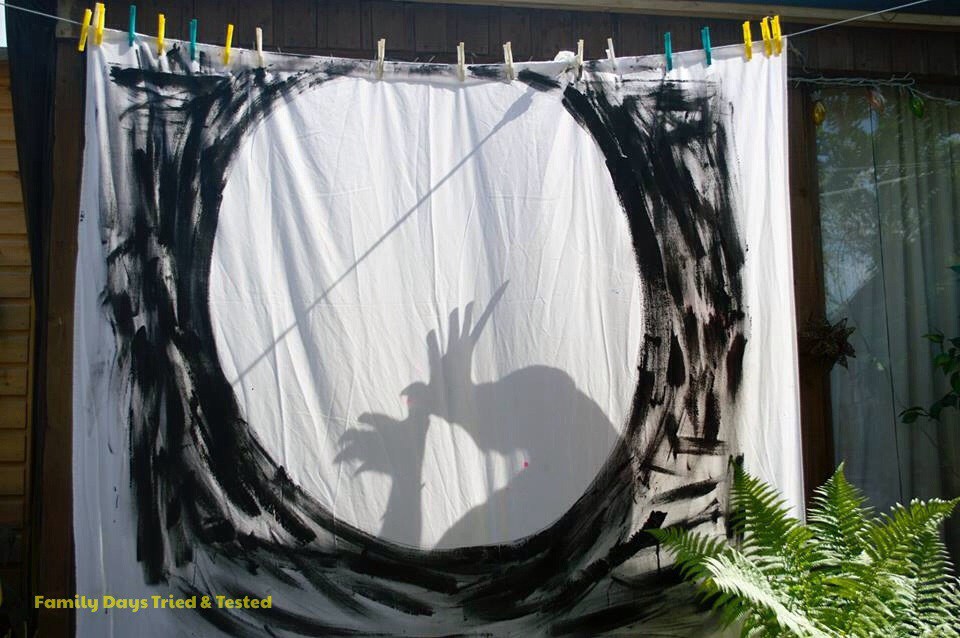 We used a sheet blacked out with paint just leaving a moon which we hung on the washing line to become a ‘moth attractor’. It also doubled up to play a game of shadow charades and dancing in the moonlight. I painted this myself purely to save on time because our sleepover was on a school day… A simple sheet hanging and back-lit by a window was so much fun, versatile and mega effective once it got dark but also great in the sunshine! 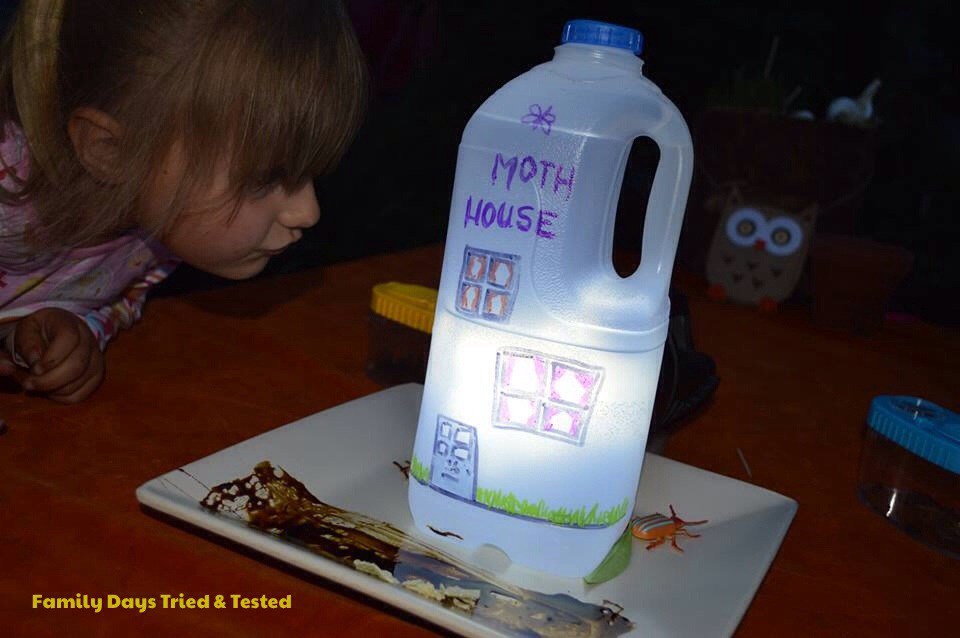 We made a Moth Restaurant using a water filled milk carton and a torch. We watered down treacle for the moths to sup on but you can make a really delicious treat for them with a moth food recipe and make your restaurant a’la carte. We also hung jars in the trees with battery operated tea lights inside to attract the moths with a few light dabs of treacle on the outside. You could spend more time decorating these. 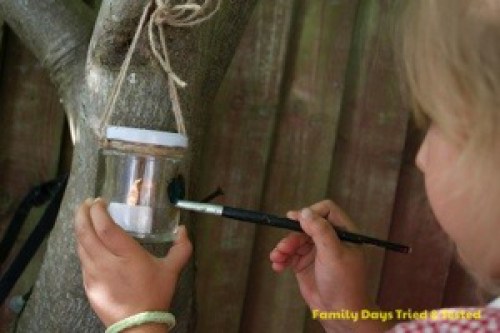 We made some simple bird feeders by hanging pretty porcelain cups from the charity shop with string in trees and filling with bird seed or water. We went on a twilight and nocturnal bug hunt, read stories & chilled. The smallest members of the family were fooled into thinking an owl was in the garden whilst Mr FD stood outside the tent throwing his voice with owl hooting hands. 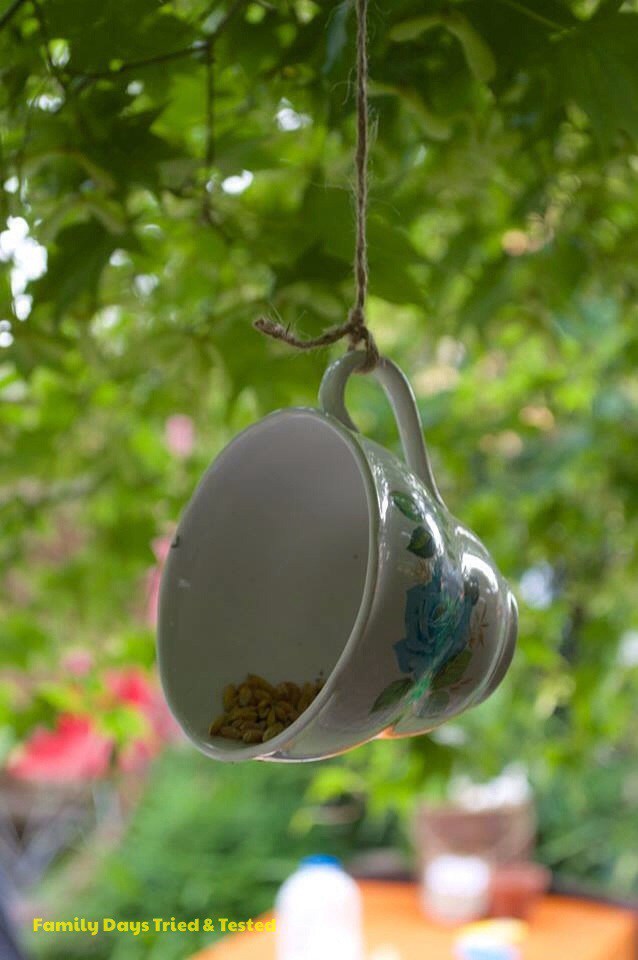 We hunted for bugs and used our Insects & spiders book to identify them.

We were sent a fabulous telescope to try out and an easy to use guide on how to read the solar system. 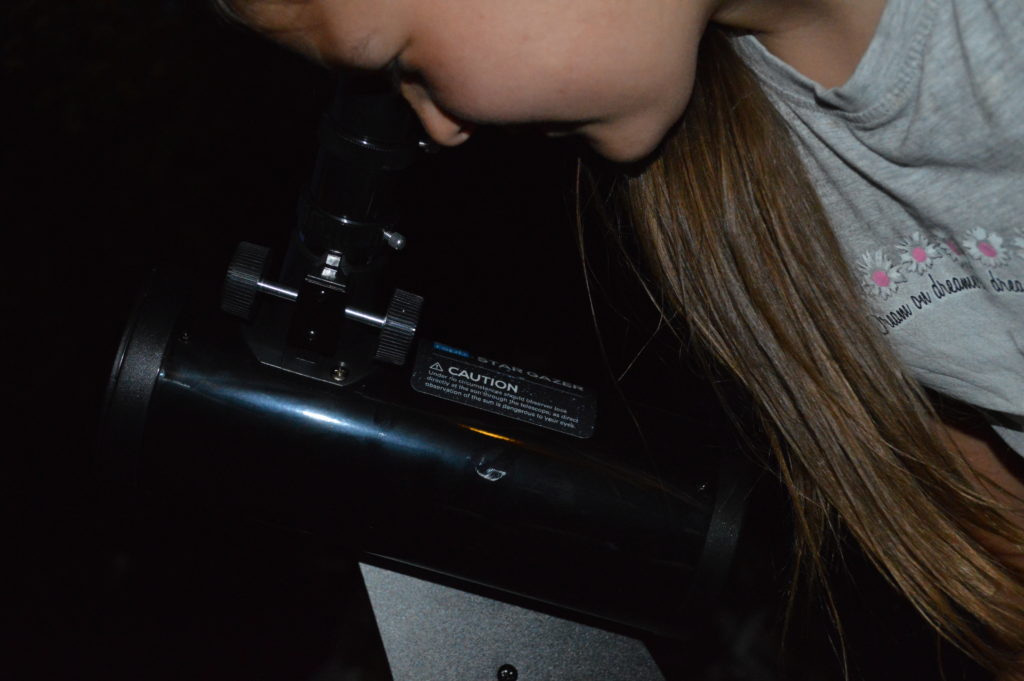 For food we cooked popcorn in between two sieves over the fire using kernels. 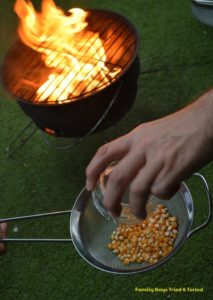 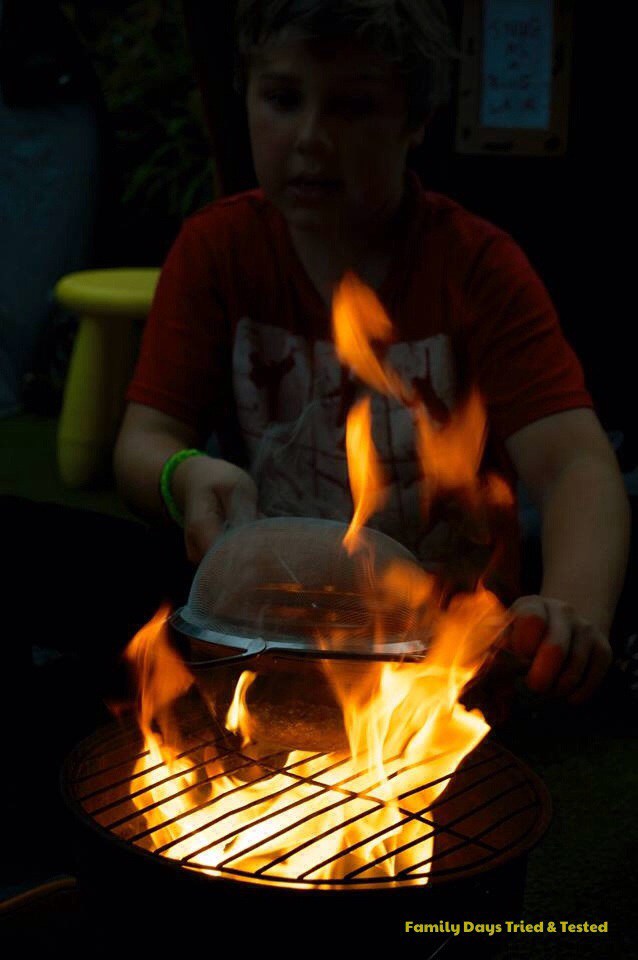 and had the obligatory cheese and pineapple hedgehog.  ???? 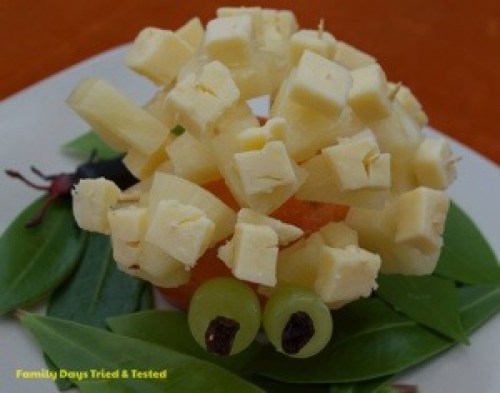 This was one of our favourite Fun with food ideas.

It was a good evening. Everyone went to sleep and the rain came around 3 in the morning. This didn’t really bother them much as they were all still sleeping like babies but the kitchen table tent was not designed as a boat and feet were sticking out of the end too so I woke the biggest kids up and moved them to the living room inside. And just as we were relocating we had a visitor!! 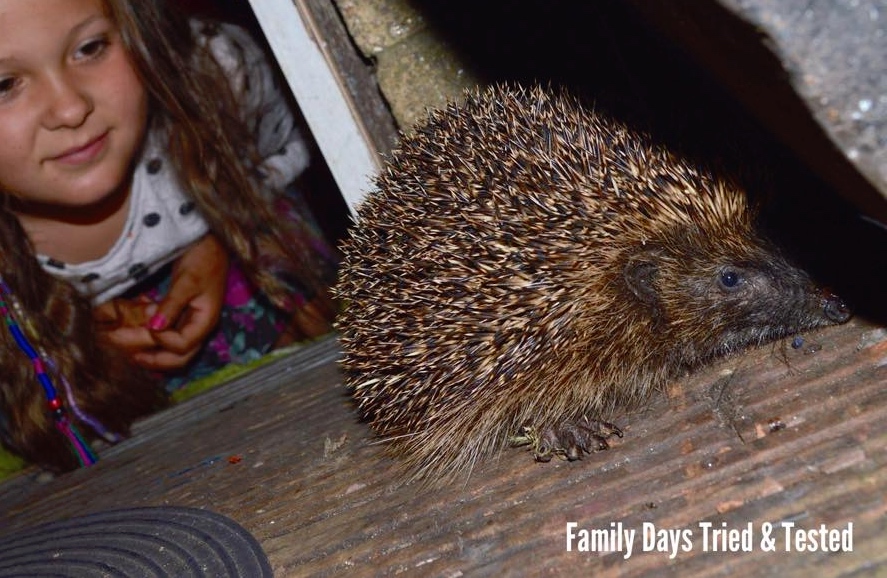 After a couple of hours inside to kip they headed back outside into the pop up tent then into the living room in time for breakfast.

We would like to thank the RSPB for asking us to take part and we hope they enjoy our FD Big Wild Sleepout as much as we did.

We would very much appreciate to hear any thoughts, comments or views you have regarding our camp out and would love to hear about your plans. And I’m sure if the RSPB are sat on the sidelines they would like to see what you guys think too.

Don’t for get to sign up here to take part in this year’s Big Wild Sleepout!

Sleepouts rock – raining, cricks in the neck, slugs and all…

Look up, Look up. Grasp onto your wild