You are here: Home / As They Grow / Road Tripping In The Ford Tourneo Recently we welcomed an addition to the family to road test and adventure in for six weeks. And boy did we have some fun…

With babba Jude arriving into our family in August, we found ourselves needing to look around for a new larger car which would enable us to fit all the family in. Ford stepped in to give us the opportunity to road test a Tourneo custom.

Having owned Ford cars for the past 30 years with our ever growing family we jumped at the chance. 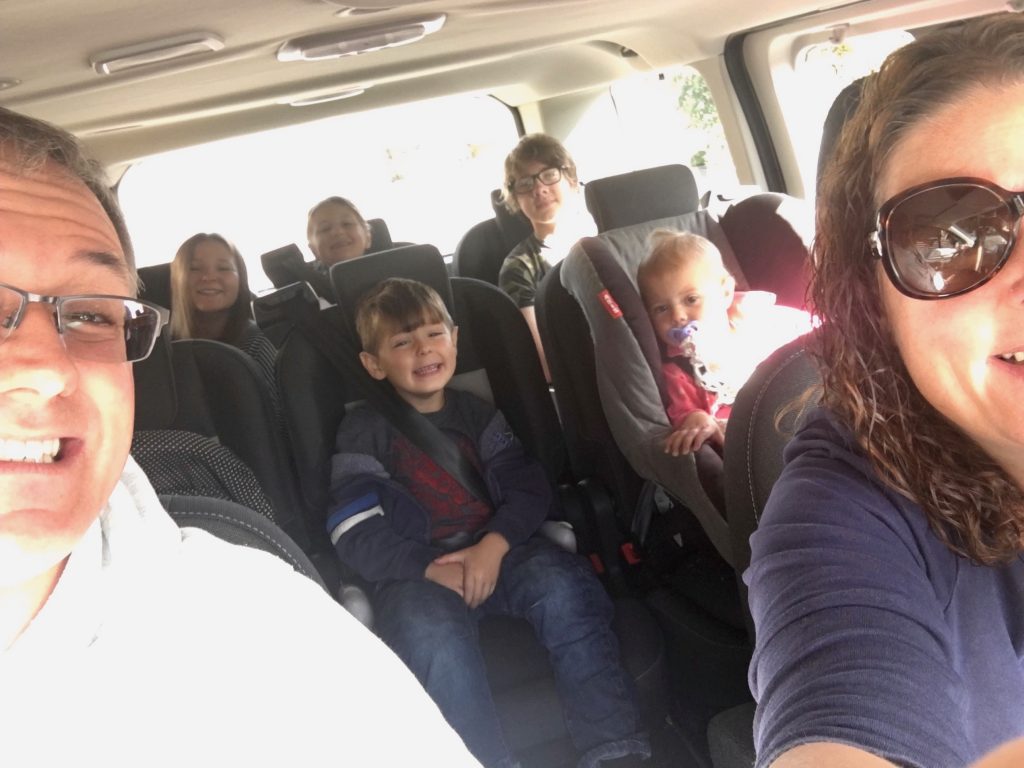 Having started my driving journey with a Ford Cortina (MK3) before moving onto a Capri, Escort, Sierra, Mondeo, and then a string of Galaxies you could be mistaken in thinking that I am already a Ford test driver. But in reality, I have really just been impressed by the quality and reliability of all of the Fords I have owned. (Maybe the Capri had a few early start issues in the winter… Well, it was the mid-80s and it was already a few years old.) So when Mrs FD told me we were being offered the chance to test drive a Tourneo I was naturally very happy (and boyishly excited!) Having driven a transit for a living for several years I imagined that the Tourneo would be almost identical. While I can say that it wasn’t unfamiliar it was also surprisingly different and handled really well, just like a larger brother to our beloved Galaxy.

I really liked the styling of the bodywork and in the ‘Blazer blue’ (the best colour for it according to my fellow steelworkers) it was both impressive and attractive parked on the drive and solicited several complimentary conversations from passing strangers. Lots of Room Inside

As a large family, generally finding space when all of are heading out even for a day trip was always difficult. However, the size and layout of the Tourneo was fantastic – especially the space behind the last row of seats which easily swallowed the new baby pram without needing to collapse it and still left plenty of space for the variety of other objects a busy family needs.

But it was the space in the seating cabin that was most impressive: lots of headroom, lots of elbow room and – importantly for the gangly teenagers – plenty of knee room (and footwell space to fill with junk!)

The driving position elevated with a huge windscreen was perfect for driving visibility and with just the two captain chairs felt comfortable, roomy and relaxing. While I talk about the cabin size I wanted to mention that not only did it assist the passengers but it worked wonders for the onboard entertainment with the music free to flow around the space with the numerous speakers (both door and ceiling). It presented an impressive soundscape and, with Bluetooth connectivity, music choice and change was easy and trouble-free. Plus, from a safety point of view, the phone was transformed to hands-free operation.

On a safety note, I really enjoyed the adaptive headlights. These really lit up the side of the road when turning corners which my ageing driver’s eyes appreciated and were fantastic on the Welsh country lanes late at night.

Another feature was the automatic full-beam which operated using a windscreen-mounted camera and was amazingly accurate in their operation whether it be a car in-front or oncoming.

Another boom was the choice of sliding doors for the rear set. Anyone who has had to try and extricate either a baby carrier or a weighty toddler from their seat in a multi-storey car park space will know the back-twisting contortion act you have to use to avoid door chips.

With these doors, it was so easy. Slide the door out of the way, lean in, remove child. Simple. In my mind, this was one of the best design traits of this vehicle. Ms A also loved being able to park up and simply observe our beautiful Wales without obstacle (a great way to eat bacon sandwiches on the move!) 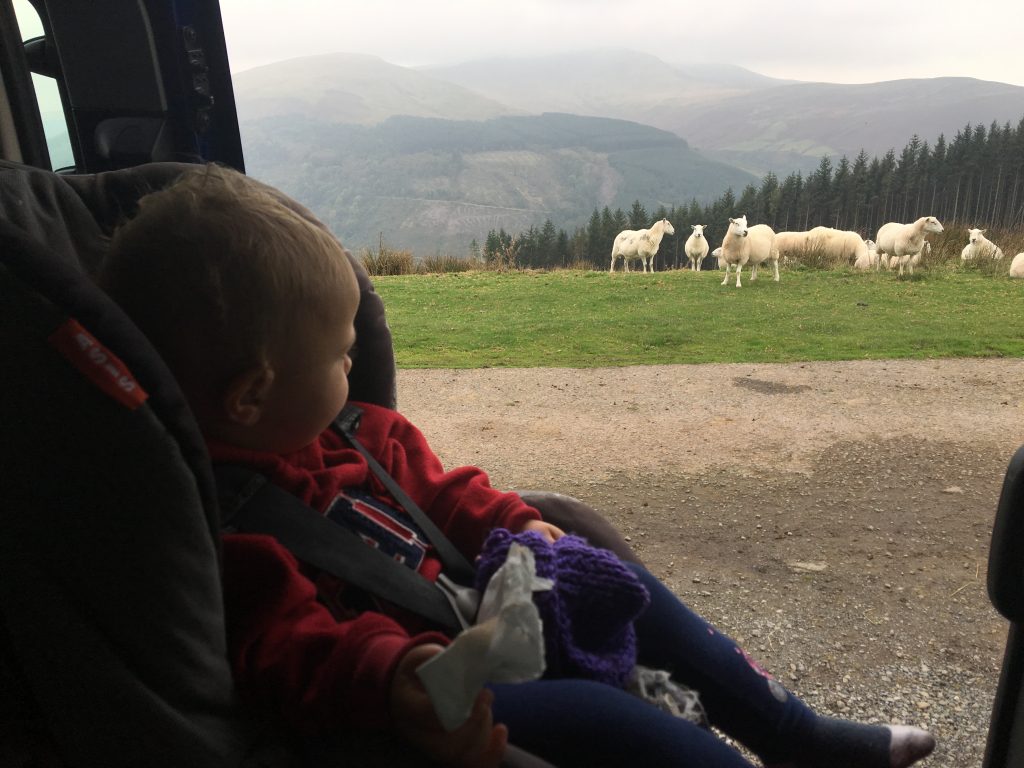 Our test vehicle was a 2.0 TDCI long wheelbase (170PS) which was extremely quiet. It was also powerful and responsive through the 6-speed gearbox.

For a large vehicle, fuel economy was great. Even fully-loaded with all 8 of us, plus associated junk, we regularly saw an average of 36+ MPG on shorter journeys whilst on the motorway, 43+ was easily achieved and could be improved on with careful gear selection. On that note, the onboard trip computer provided a myriad of information about performance, safety and trip info while also handily offering up the most fuel-efficient gear choice when perhaps your driver intuition was interrupted by yet another child question. We’ve all been there! I wasn’t sure if I would like the gearstick dashboard position but it proved to be a winner and was extremely comfortable even if you are a gear shift hand-rester as I am.

The multi-function steering wheel offered access to most of the onboard options and was safe and intuitive to use.

We had an optional extra which turned the multimedia screen into a handy reversing screen (via a rear camera) which was great for parking and manoeuvring in tight spaces with this large vehicle. This combined with the front and rear parking sensors ensured your beautiful body-styling stayed scrape-free. Another optional extra was the addition of a proper plug socket in the driving cabin (just below the handbrake) which would be handy when camping, etc. But during our short ownership, we mainly used this to charge iPads and drone batteries while the several USB ports in the cabin provided power for the phones. Whatever happened to  I-Spy or Car Snooker?

While we resisted the urge to remove all the seats and do several badly needed tip runs, the removal of the seats (and two-seat benches) was easy and provided a huge space should you need it to transport large items (several anchor points were provided for strapping down these items showing the connections to its Transit heritage.) And with the seat belts being integral to the seats no dangling belts were left behind to trap your bulky items.

The seating cloth was also comfortable yet hardwearing and easy to clean (one chocolate ice-cream disaster had us worried we would be returning an embarrassingly stained seat but off it came no worries. Phew! 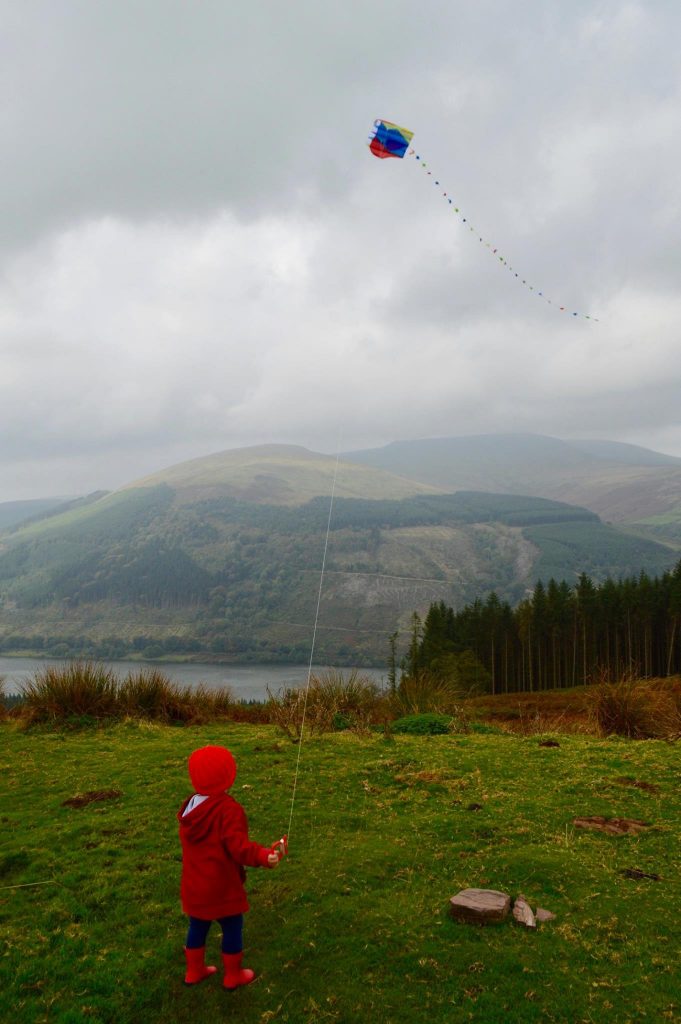 Not a Posh Transit

Finally, while you could look at the Tourneo as a posh transit, in reality, it stands on its own. In my opinion, it’s a great family car, clearly a proven and reliable workhorse and economical for its size. It’s comfortable and pleasant to be in and to drive and if it wasn’t for the high driving position it would be easy to forget you’re driving such a large vehicle.

If, like us, your in need of a lot of car seats and space then you would be hard-pressed to find a better vehicle to transport your precious cargo. 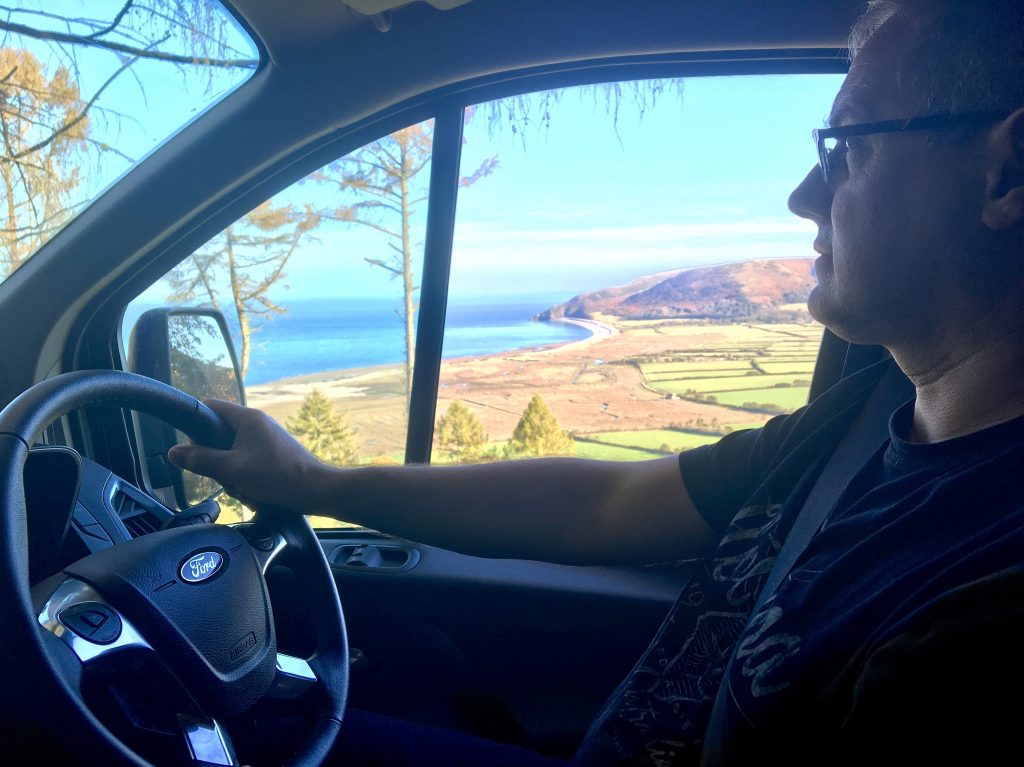 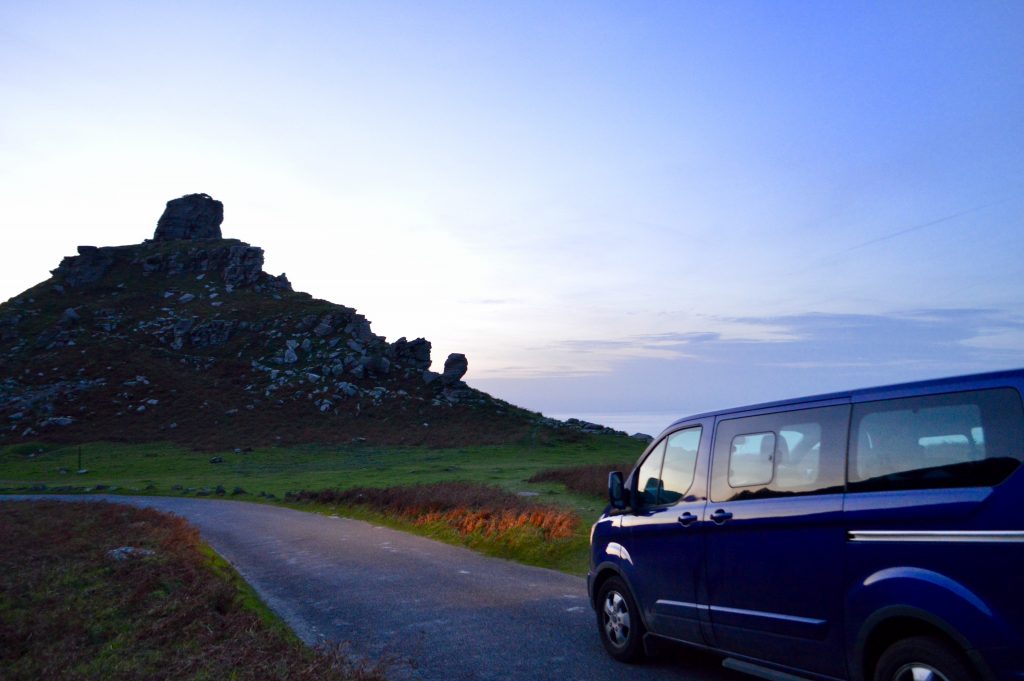 Here’s where you can find out more about the Ford Range.

*Disclosure: We were loaned the Ford Tourneo for the purpose of this review. Our opinions are honest.

Meeting The Smallest Member of The Family

Tell Tale Signs You Have a Teenager