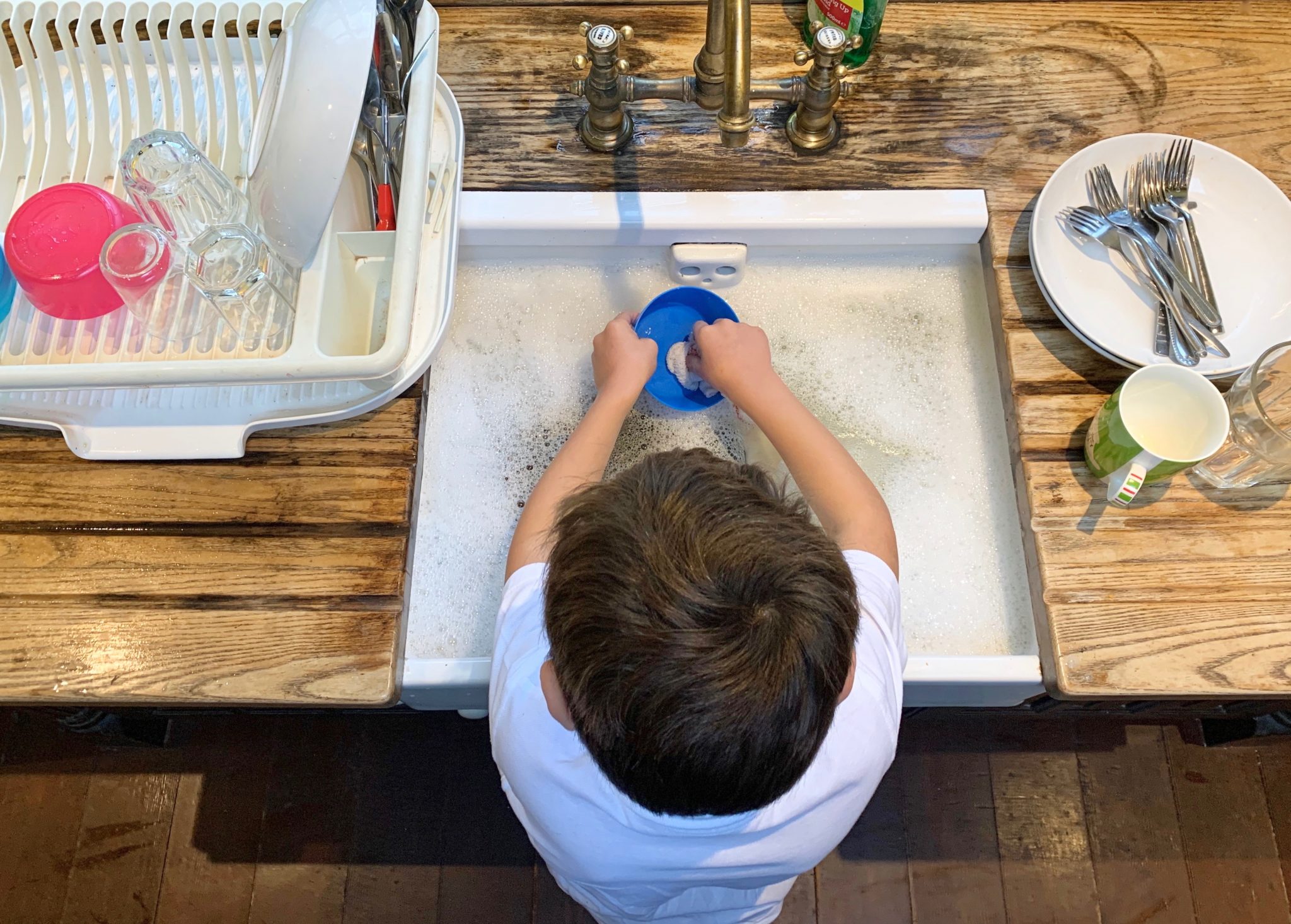 Ever wondered about the benefits of setting chores for your children, do they argue that they should be free of chores….well arm yourself with this info because it’s now proven through research as a benefit to them.

In a Harvard Grant Study, the longest running longitudinal study in history, (spanning from 1938 to the present date), researchers identified things that people need in order to be happy and successful.. And one of those things identified as a high factor was the installation of work ethic in children.

And better still, based on research amongst successful high achievers they suggested that the best steed to giving encouragement of successfulness in adulthood is by being given chores as a child, it was even identified that when applying this chore allocation to children’s daily lives, it was found to be a case of the earlier the better!

Children very often learn through play and incorporating role play can bare a very big influence on them as they grow, for example, the addition of a toy vacuum cleaner or an iron will show you that children as young as two are able to mimic doing chores and they exude a willingness to help out, and at this early stage in their development encouraging this with praise of their efforts gives a starter base to setting them up with a good work ethic. With praise they are made to feel a pride in their efforts. It doesn’t stop there though and keeping it going will pay dividends to their independence as they grow.

Children can be more capable than with give them credit for and the saying ‘If they can operate a mobile phone or a television remote control, then they can operate a washing machine or dishwasher’ is very true. Preschoolers are more than capable of tidying up after themselves, they have a responsibility at school to put toys away and work together with their classmates to clear up at the end of the day, and they can follow that same direction within home. Showing children that family life runs a lot better when everyone digs in and the value of teamwork to get a job done, life isn’t all about play but if everyone put-on a bit of works then everyone can play. Teaching children that everyone should pull their weight and do their fair share is not a bad thing.

**2 year olds are capable of picking up their own toys, putting laundry in the wash basket, clearing their bowls after dinner, dusting, sweeping, vacuuming….it may not be a 100% job and you may have to redo behind them, but they can do it….we all have to start somewhere right, and practice makes perfect.

*Obviously you know your own child’s capability and maturity level and that should be taken into consideration when allocating jobs.

So give your children chores, make tidying up the norm, because in later life when they have grown to be independent adults they will thank you for it…