You are here: Home / As They Grow / Let Them Explore, Is It Irresponsible? 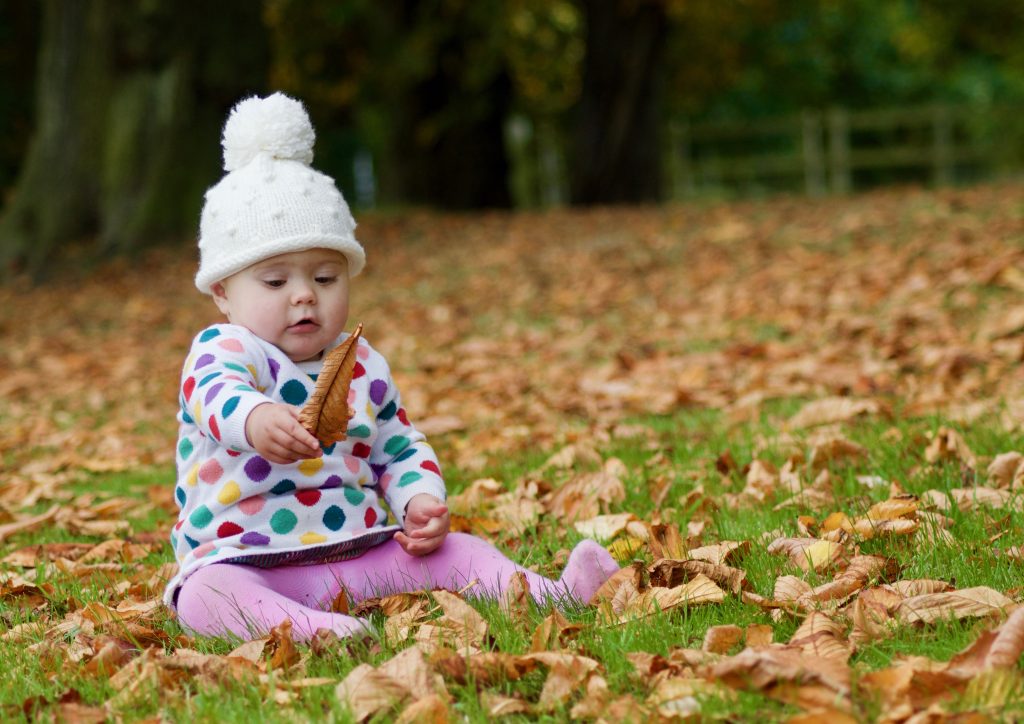 Today I took Ms A to the park for some hands on, and knees, exploration. I’m a firm believer that children should be allowed to explore their own environments as soon as they can crawl and today that’s exactly what Ms A did. And she loved it! She rummaged in the dirt, hugged trees and scrunched up leaves. But a comment from a passer by left me a little reflective as to what other peoples opinions are on this.

It was a beautiful day and although the ground was still a little damp under foot the mornings sunshine had dried the leaves that carpeted the floor to a nice crispy coverage. So I took Ms A out of her pram and put her down and kept a close eye on her as I set her free to explore and take any which direction she desired. 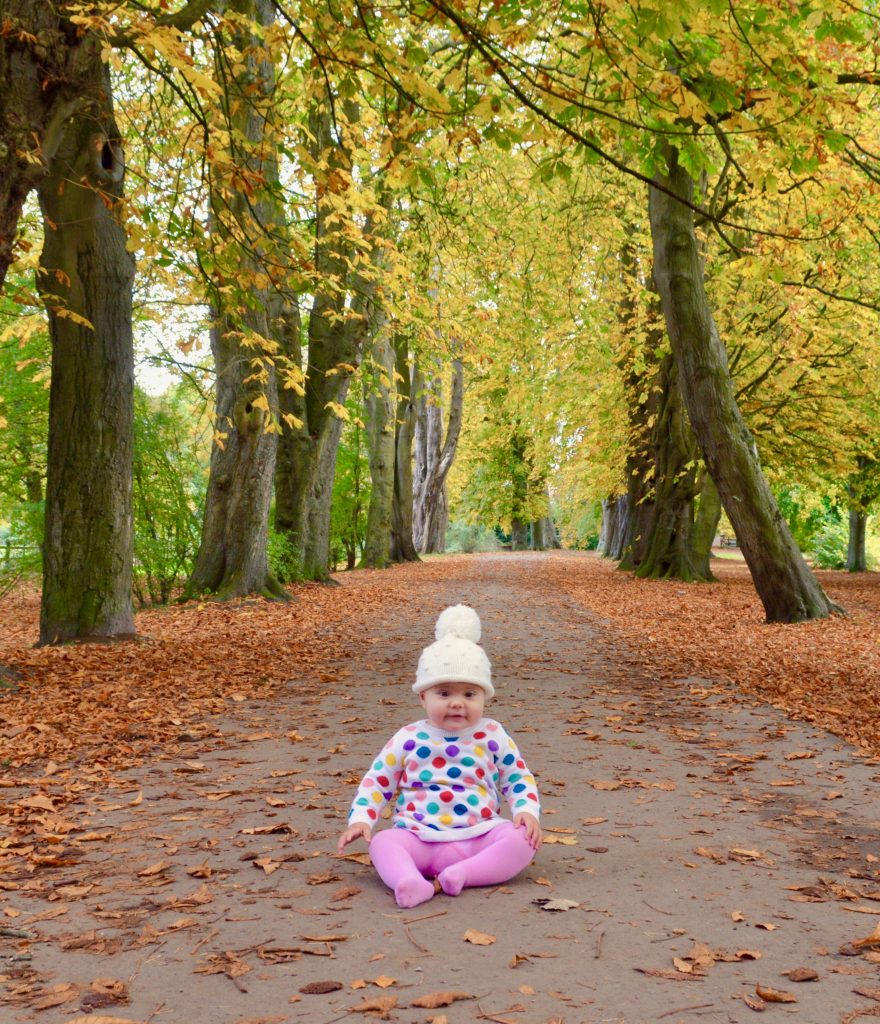 Almost immediately she was off! Free to choose her own way. 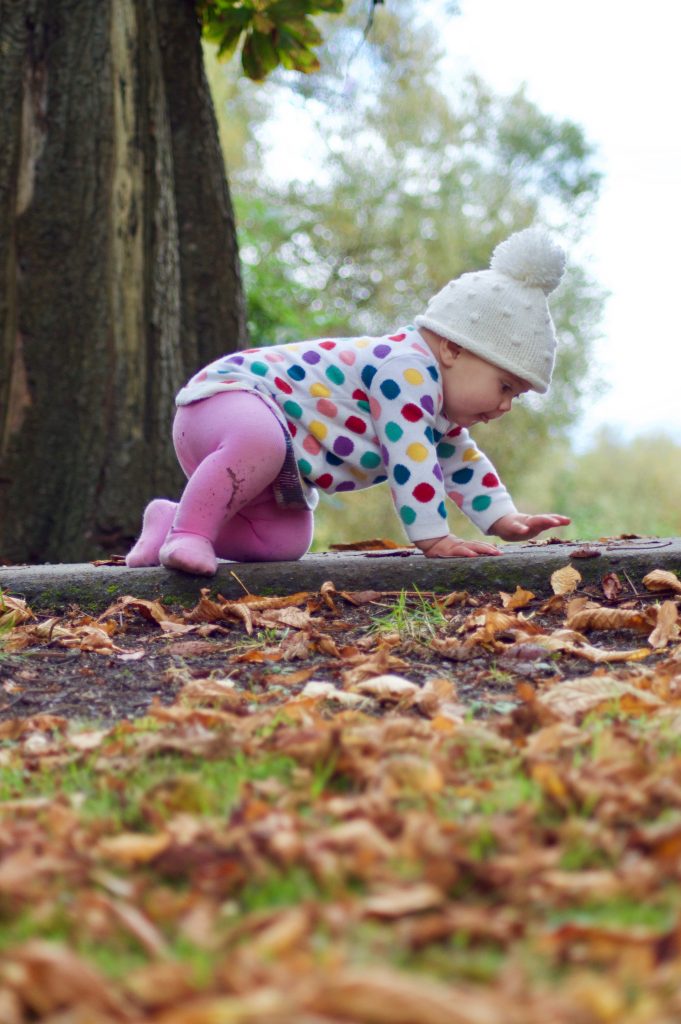 She didn’t seem to mind the hardness of the tarmac path as she scoured her surroundings for things to pick up. 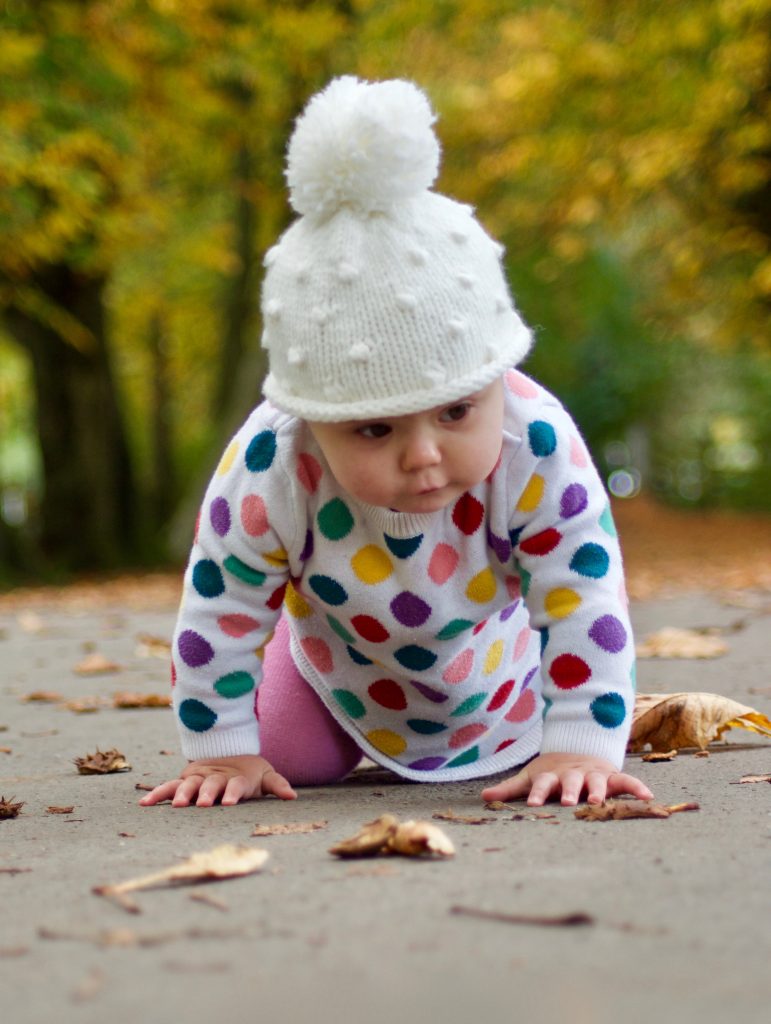 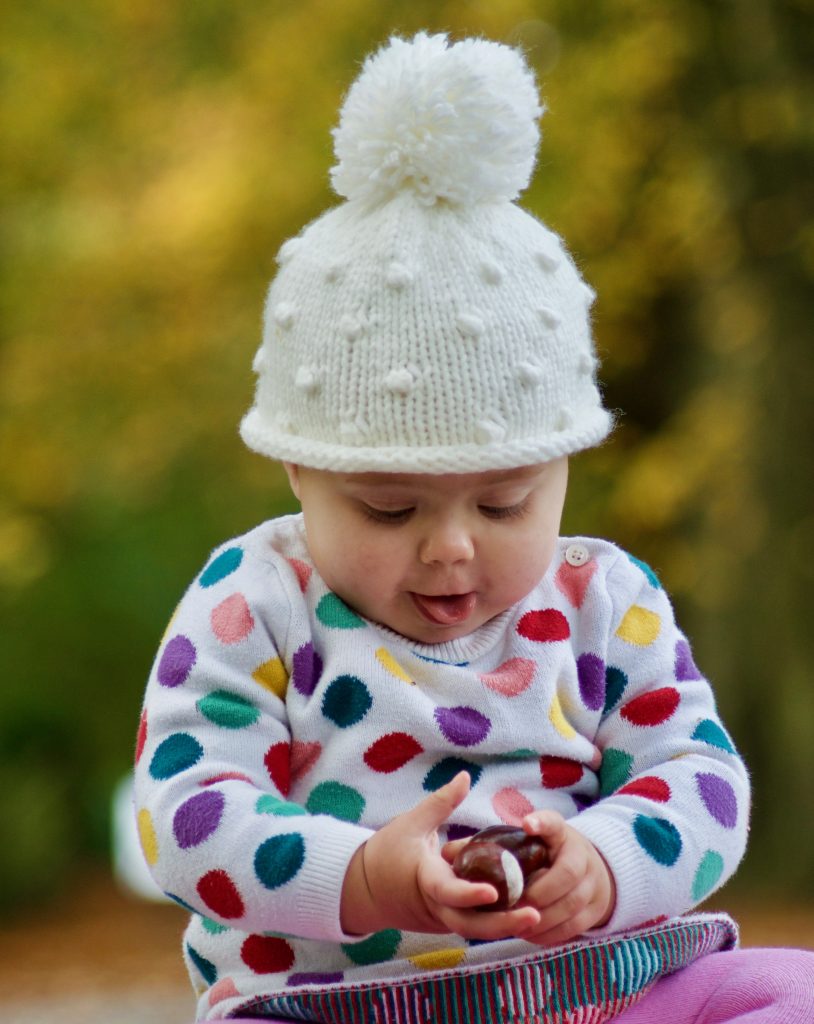 She found conkers which she explored intricately. Yes, she did try and chomp on them but I was right there on hand to tell her ‘No’. At 11 months old she will try and chomp on anything but is just starting to learn the concept of ‘No’. 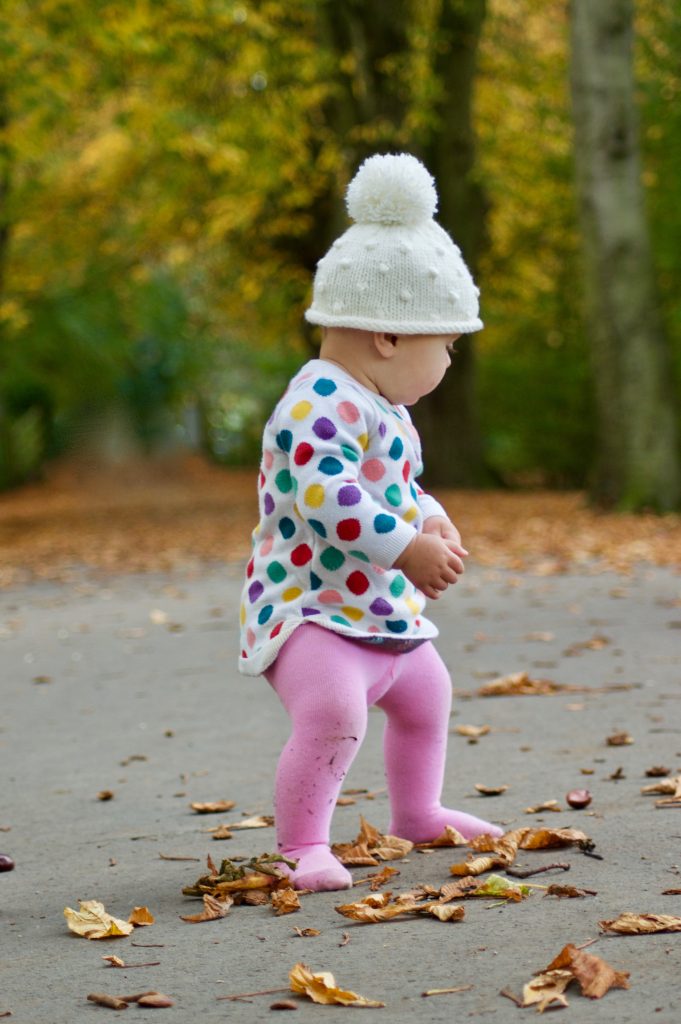 She soon realised that the tarmac was not quite so hard if she opted on her new found ability to walk. But she seemed to really be drawn to the leaves, crunchy and soft and ideal for her to crawl over. 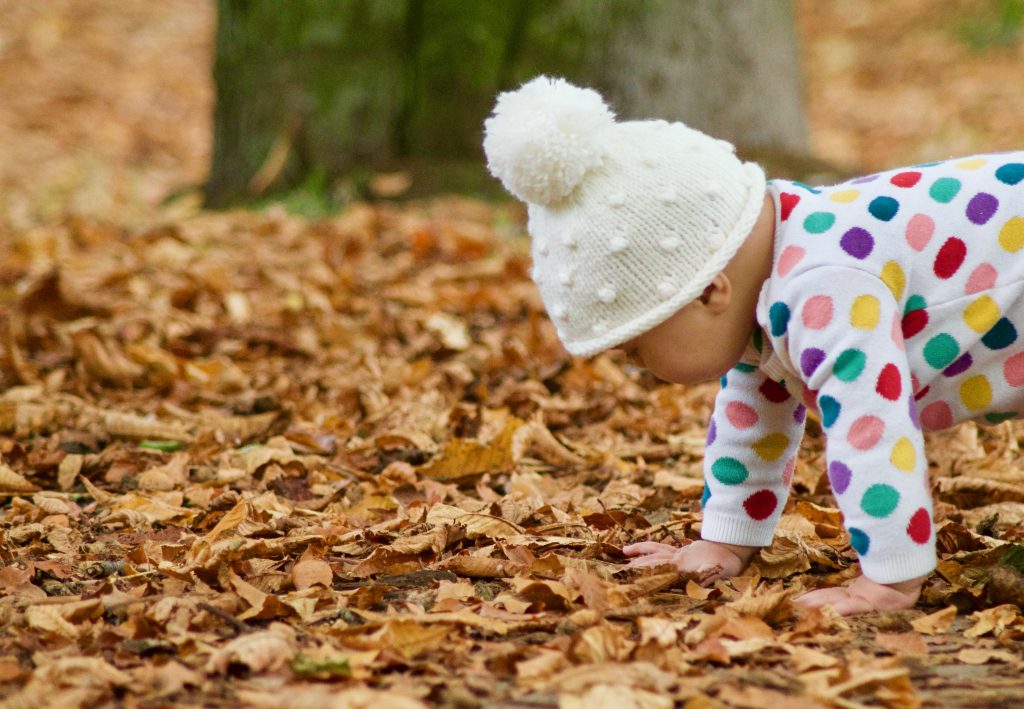 I sat on the ground a few feet away from her and just watched, she happily examined everything, and it was at this point that a middle aged gentleman passed and as I smiled politely at him he bluntly said, “Isn’t it a bit irresponsible to be letting her crawl on the floor love?”

He didn’t even wait for me to retort and barely broke his pace as he passed. I wasn’t sure what to respond as I was taken aback in the moment so I just brushed it off in favour of it not stopping me from letting Ms A explore.

I didn’t scoop her up.

I didn’t stop her from exploring.

I remained sat on the floor and carried on absorbing the joy that she was having.

He wasn’t the only passer by and everyone else had either passed in their own world completely unaware of myself and Ms A, or passed the time of day with a smile.

Ms A remained as happy as a pig in mud. 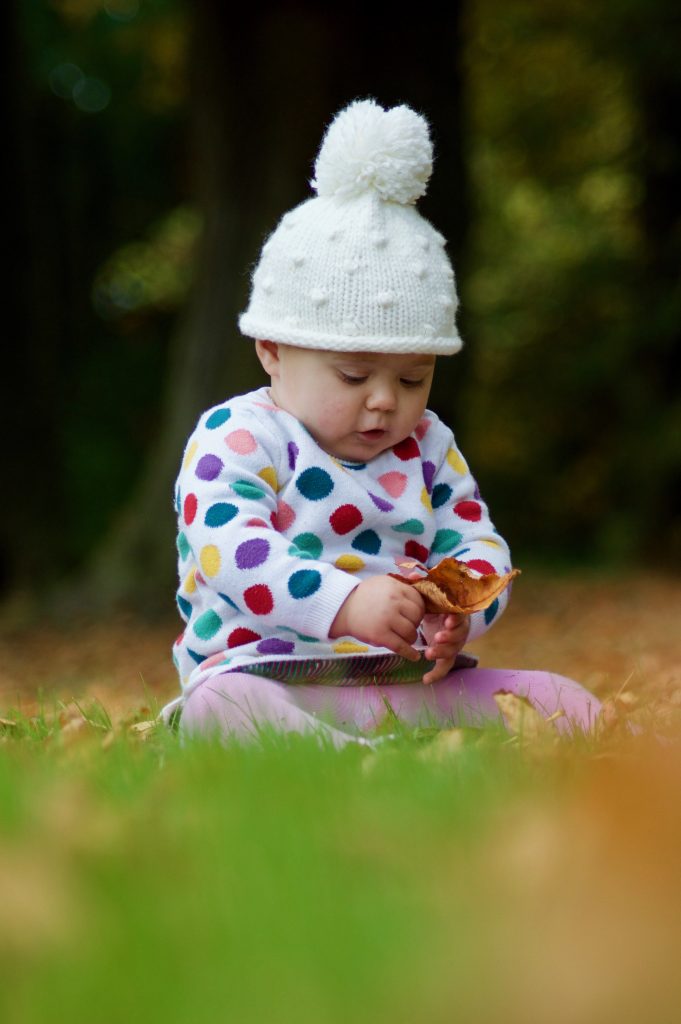 We stayed at the park for a while longer and she had a ball… even though she refused to keep her hat on. 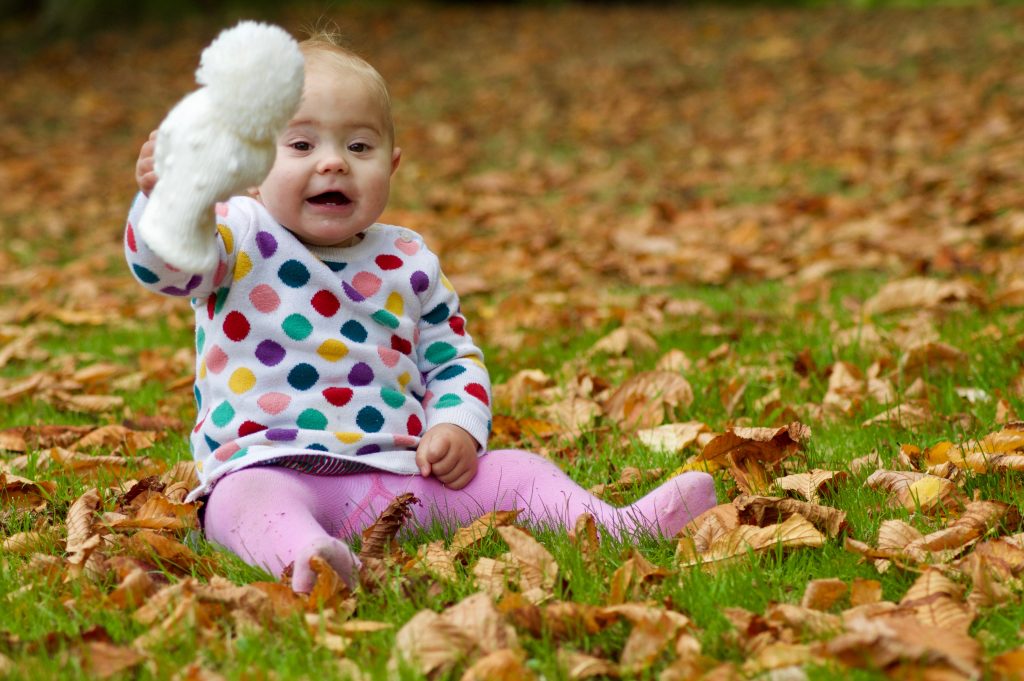 She even started toddling over the bumping uneven grass to explore a felled tree that caught her eye. 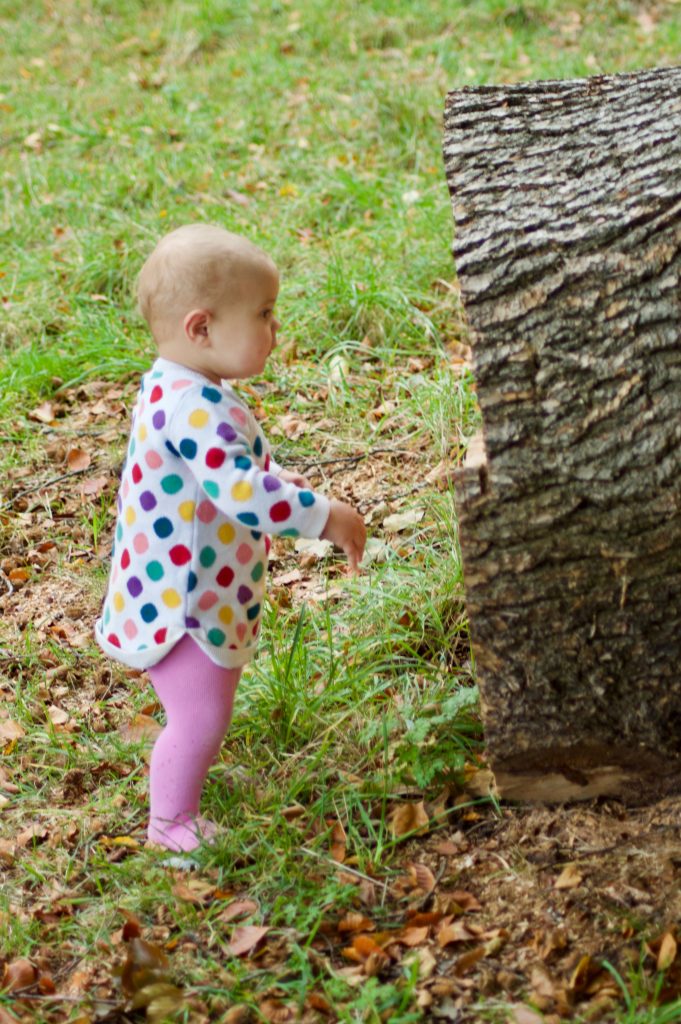 Watching her examine it was beautiful. She was so delicate in her inspection. 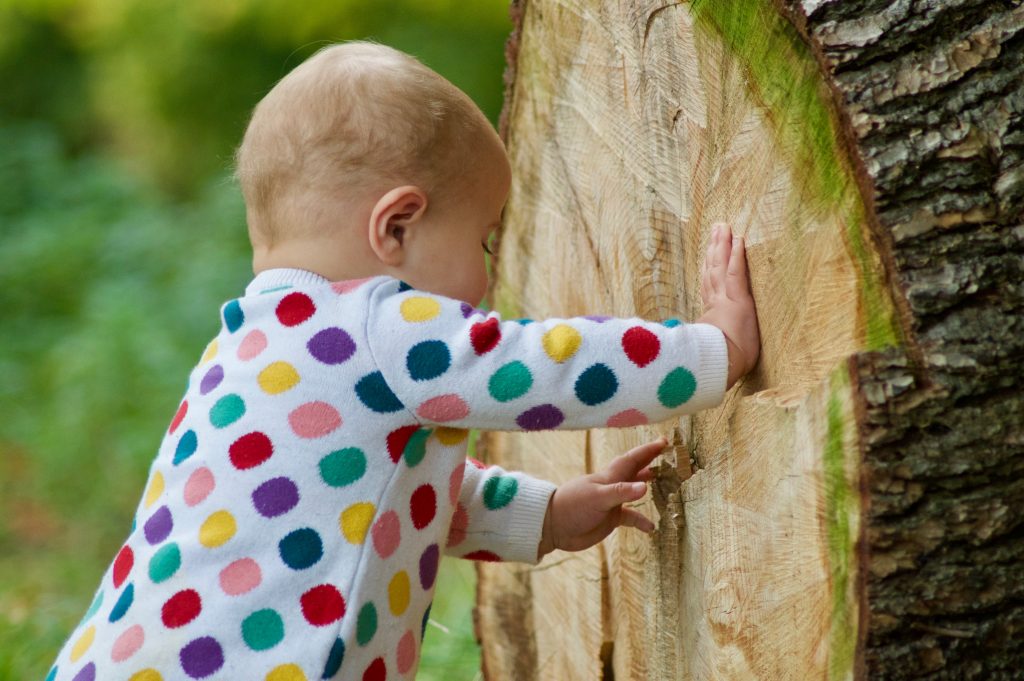 She really did seem to have a fabulous time having the ability to explore her outdoor surrounding and she returned home with dirty knees and a damp muddy bum.

Do I care if some random passer by thought I was irresponsible? In a nutshell, no, most definitely and whole-heartedly no.

She had a fabulous time and I’m hoping that by letting her get hands-on with her outdoor surroundings it is a step to giving her an appreciation for the world around her. It’s her oyster, why the hell shouldn’t she explore it?

But what do you think? Would you let your baby crawl on the floor outdoors?

It’s OK to Argue in Front of Your Kids

Let Our Kids Be Kids