You are here: Home / As They Grow / Fence Painting – Letting Toddlers Get Involved 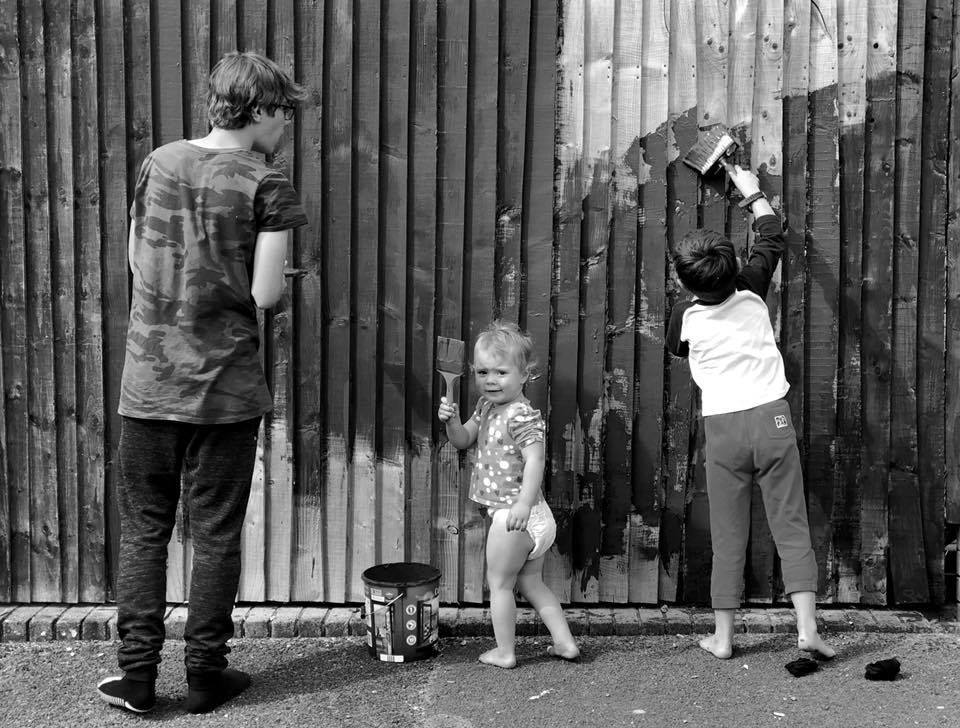 All hands on deck!

The boys had the task of fence painting recently and the toddler was desperate to get in the mix, overseeing their work was just not enough…

It would have been easier to avoid the mess.

It would have been quicker with fewer hands.

I’ve no doubt it would have been a mostly even coating without her help.

It would have been easier to say no and stick to it. 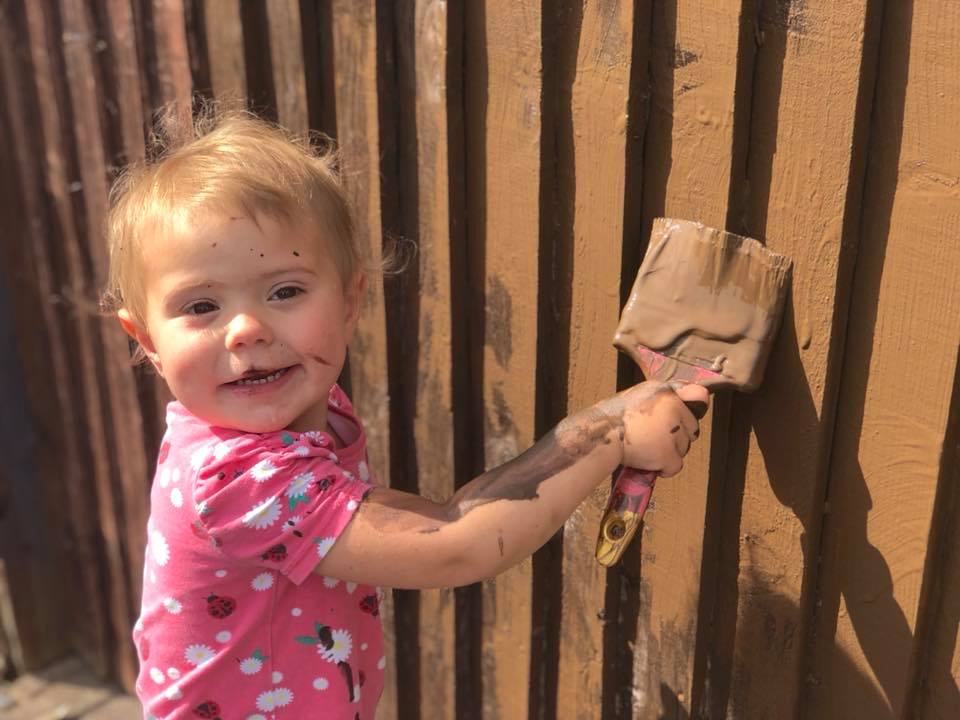 I let her dig in and she painted with an oodling of pride and a beam that made the mess okay.

Even amongst all her littleness you could see that she felt incredibly big stood amongst her brothers. She truly was one of the gang. 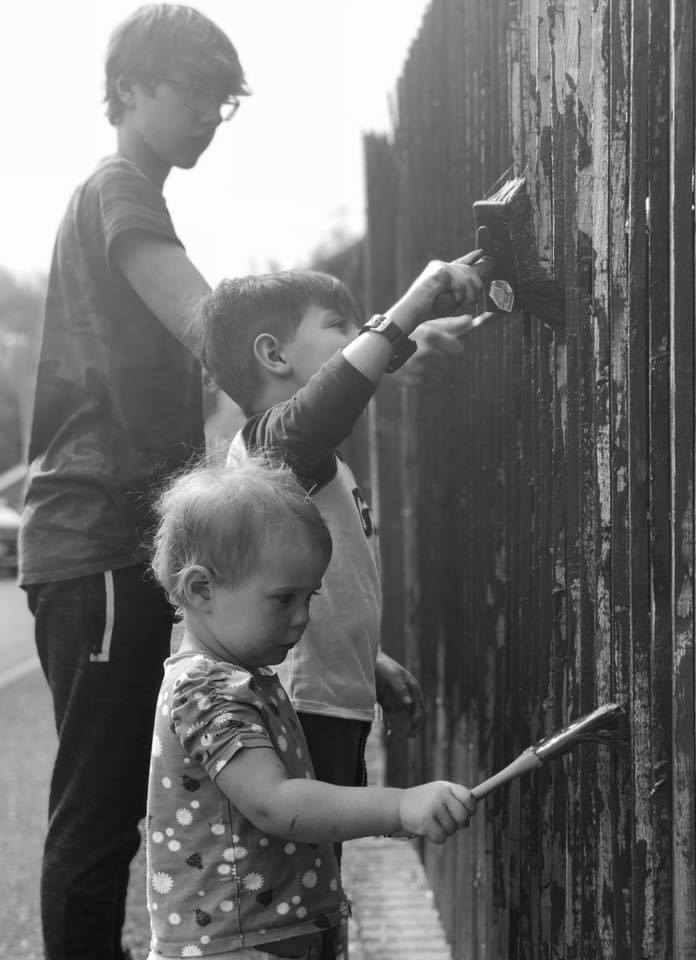 She started off with ample amounts of concentration and she had to be guided within her brush dipping skills. If left unsupervised I’ve no doubt she would have dipped the brush into the pot until it covered the brush, her hand, and most probably her elbows too. Even so, she did get in a paint-covered mess that required a hosing down, several times. But she had the most fantastic time helping out. And she had even more of a fab time overseeing her brothers… 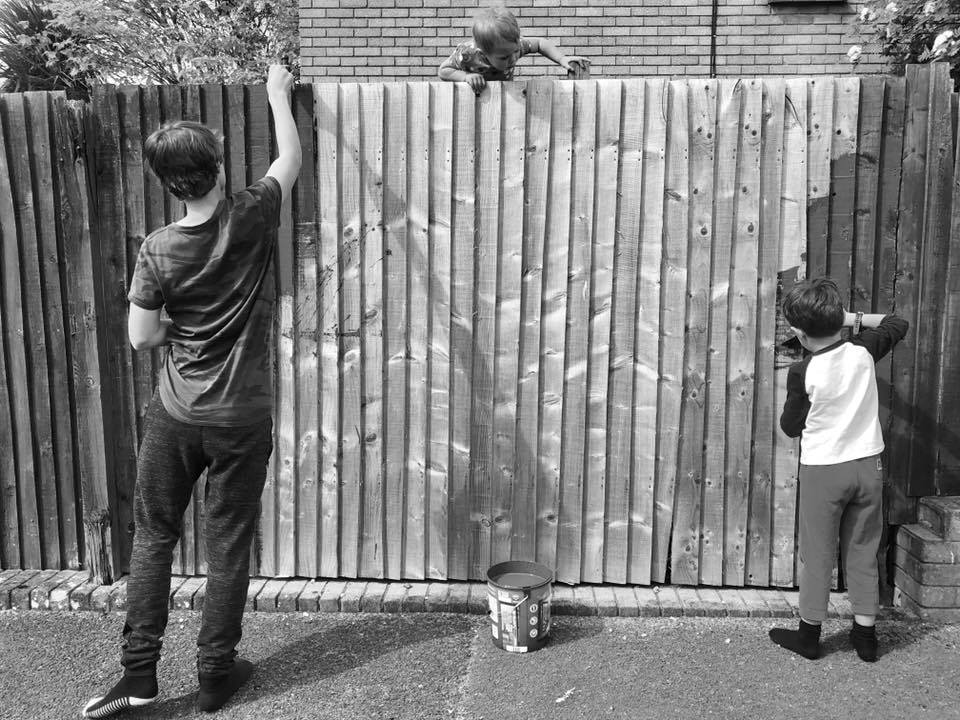 It would have been so easy to say no, but with a little gritting of my teeth whilst she splattered and liberally sploshed and dipped her brush into the pot like it was a soup ladle delegating extra portions, I realised that it was so easy to say yes and make her the happiest little girl in the world for just a little while. 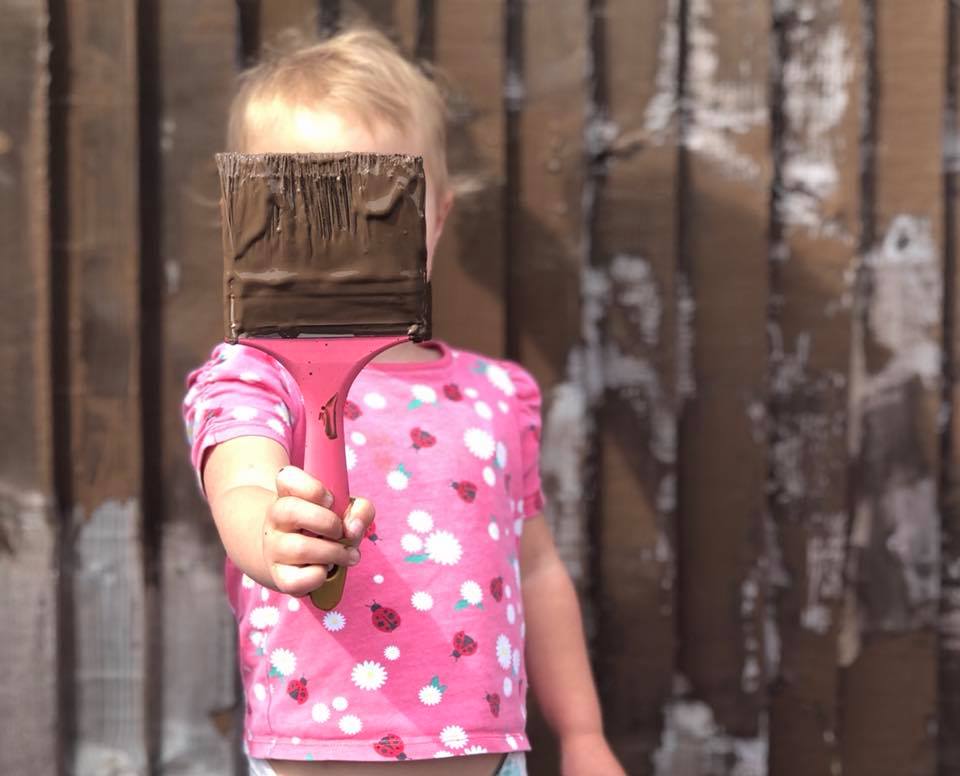 It’s so easy to avoid mess for an easy life. I do it on a daily basis. That’s life with toddlers, right? But once in a while, it pays dividends just to sit on the sidelines and watch them crack on in all their toddler glory…

Do You Miss Me When I’m Working…