You are here: Home / Holly House / Exploring The Crypt At Holly House 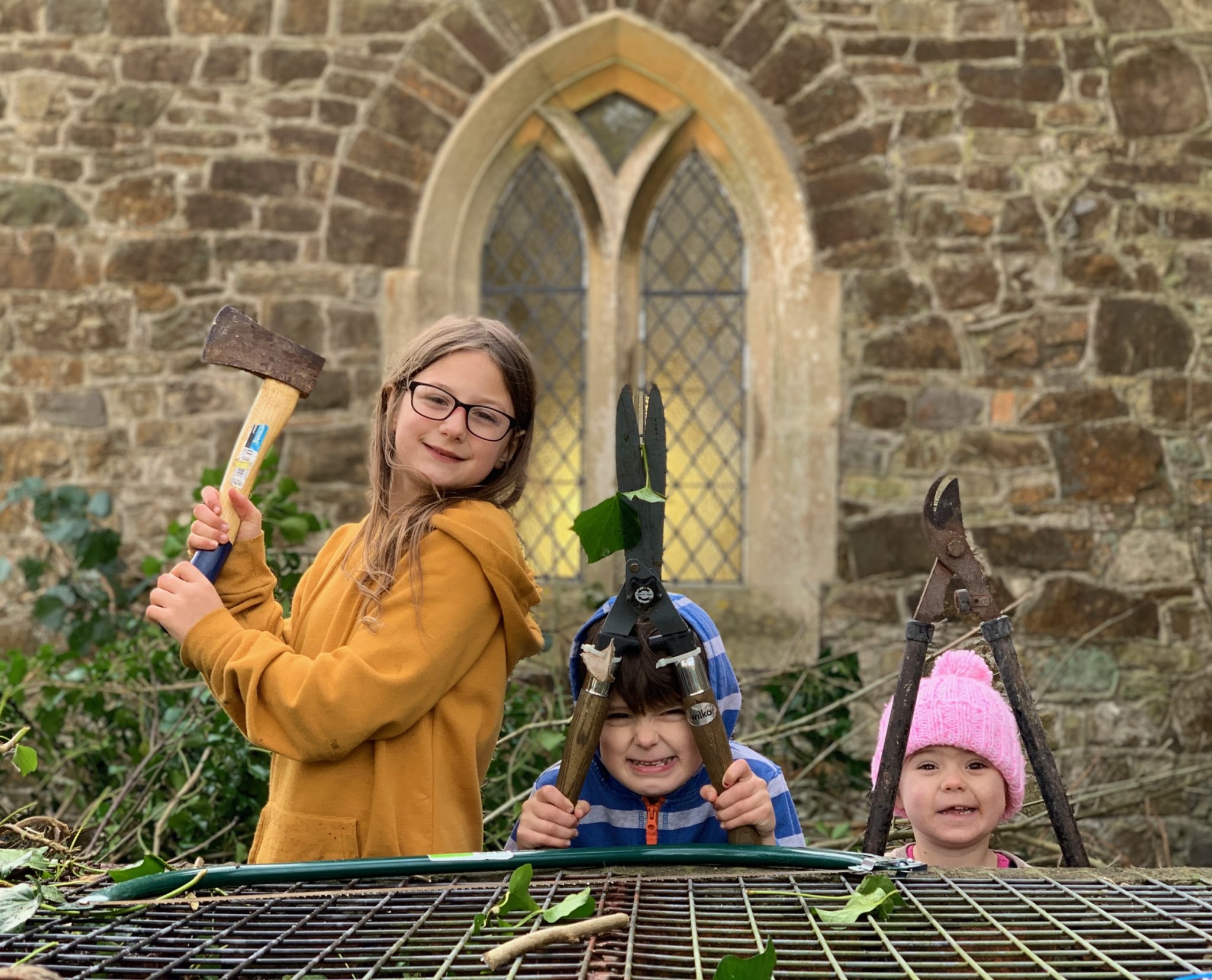 Today we ventured into the crypt at Holly House. Situated on the north side of the church, it has been something that has intrigued us for the past year. And it wasn’t until today that we finally unearthed its secrets. 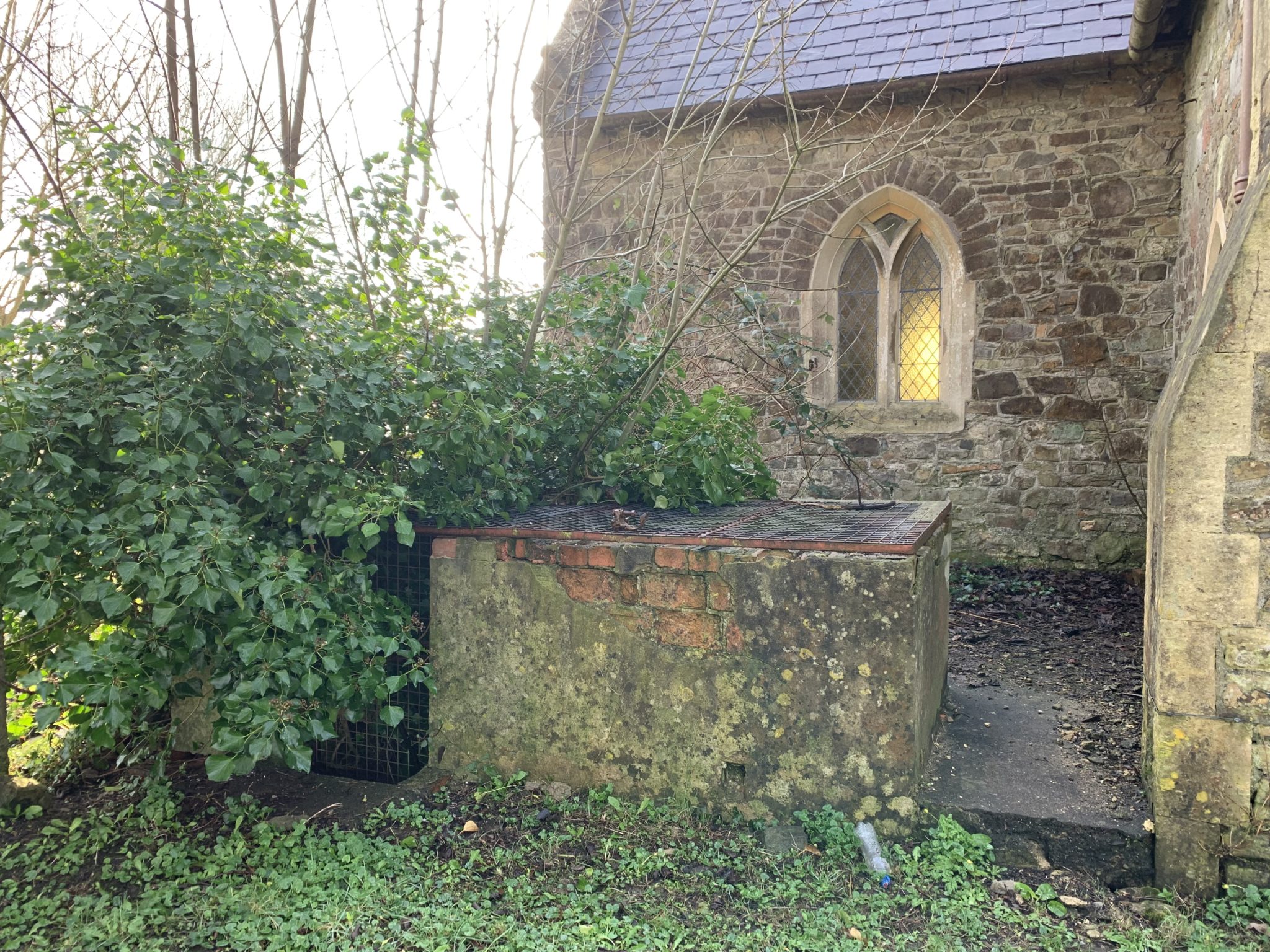 The medieval tower of the church dates back to the 12th century whilst the main body of the church was built in the 18th century. The crypt does not seem to be recorded anywhere and does not appear on any plans so it really was a mystery waiting to be explored.
The entrance to the crypt consisted of a brick wall built up around a short stone staircase which was topped with a heavy metal grate. It’s clear that no one has entered it for many years given the rust on the metalwork and the relatively mature trees that had grown in the stairwell blocking the entrance. 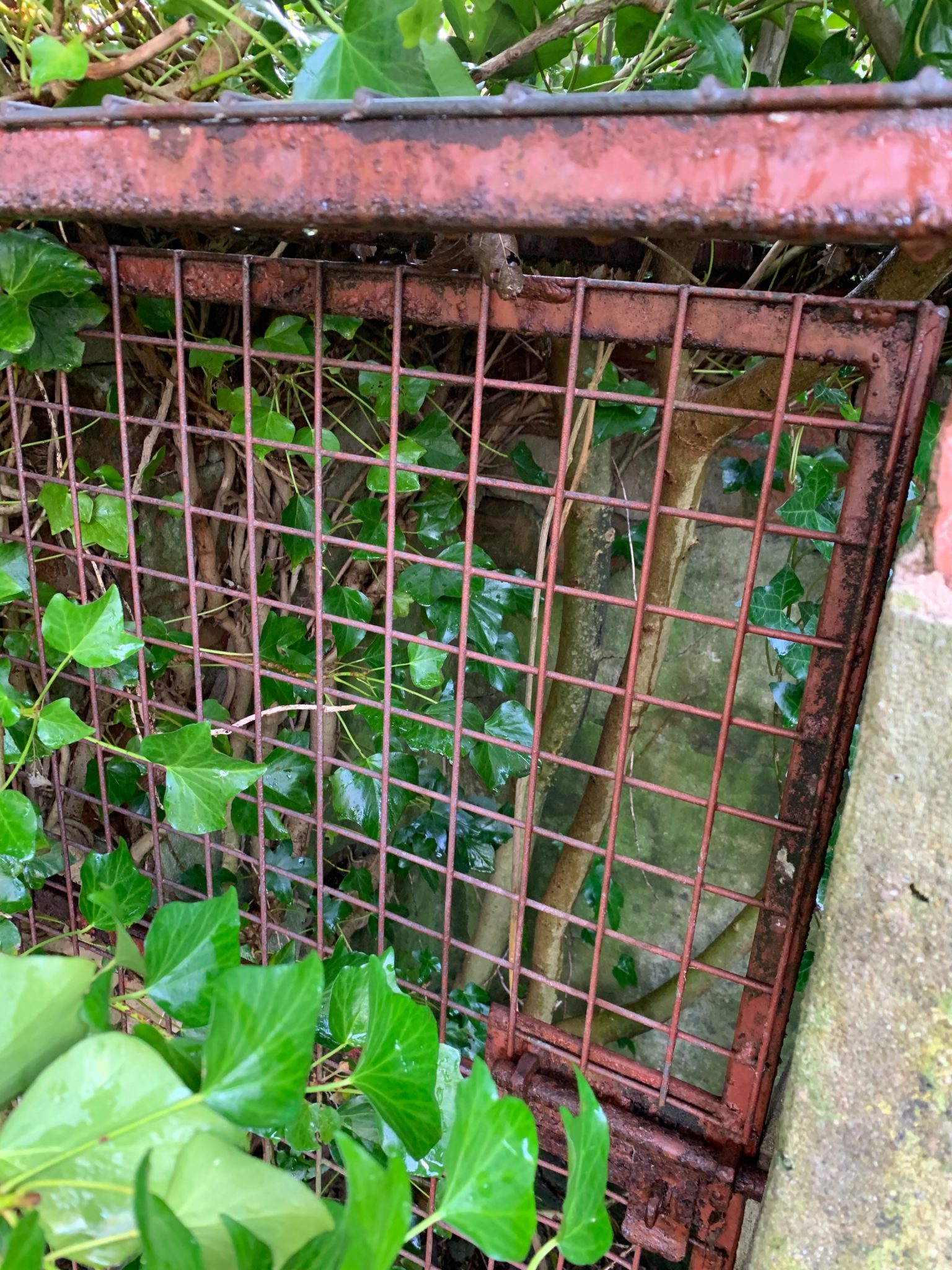 So our first job was to clear the foliage that had grown over it and remove the trees from the stairwell to enable us to open the gate. 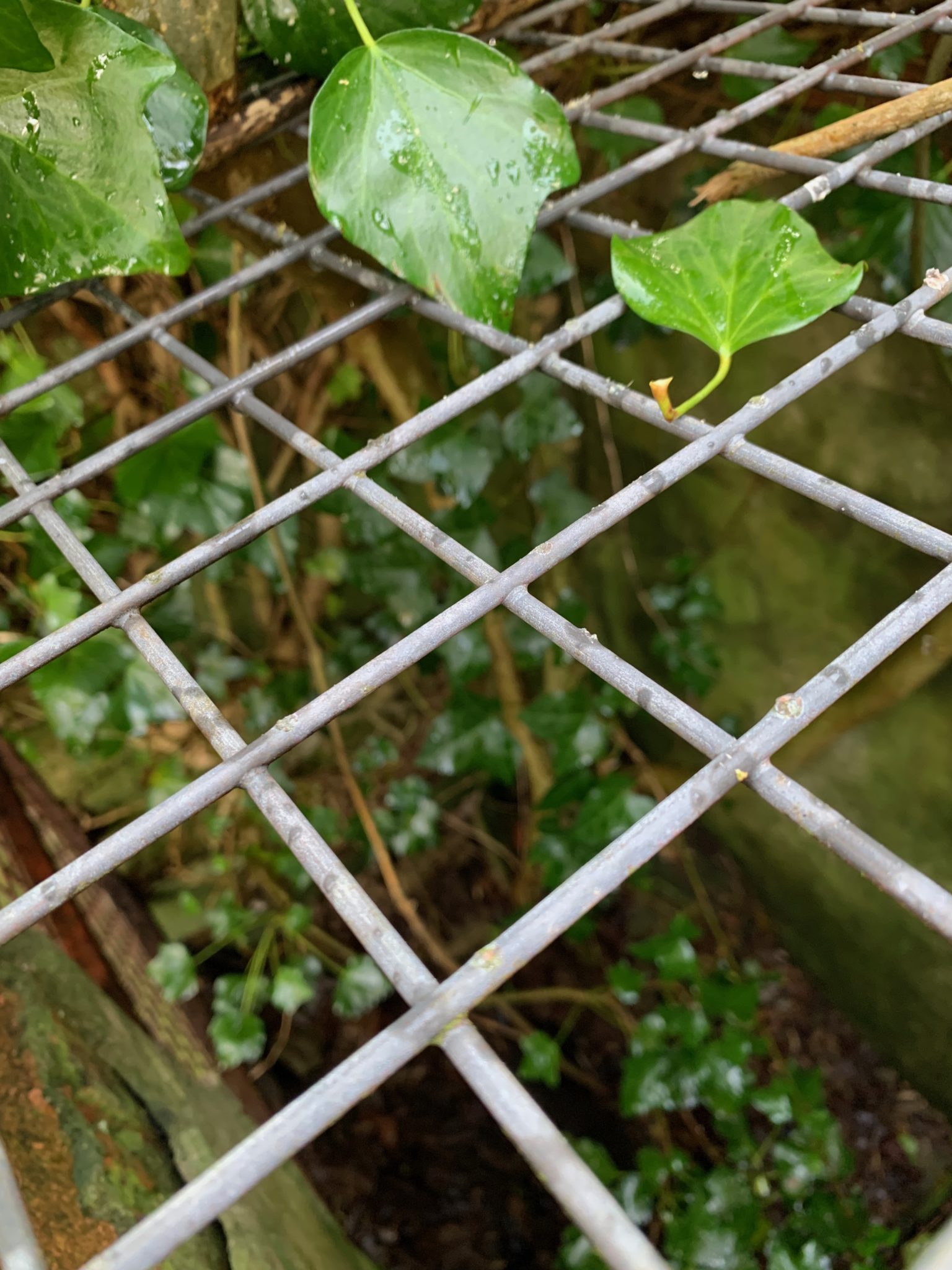 Renovating and conserving Holly House is completely a family affair and all the children, big and small, are actively involved in getting stuck in to help! 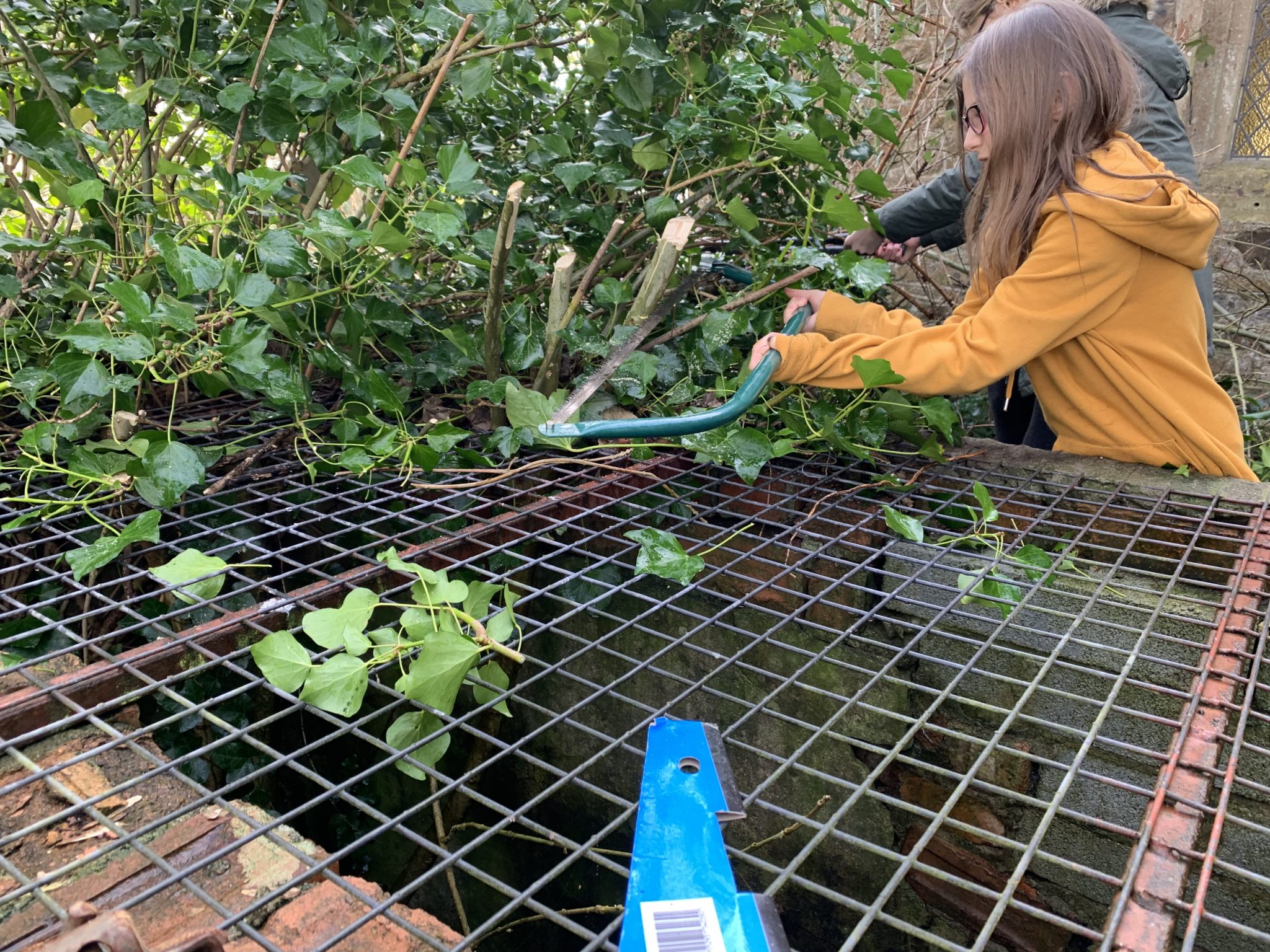 Having removed a ton of ivy growth from the entrance we were able to open the gate around 6 inches. Just enough to enable us to squeeze through to get to the trees that had grown behind it. 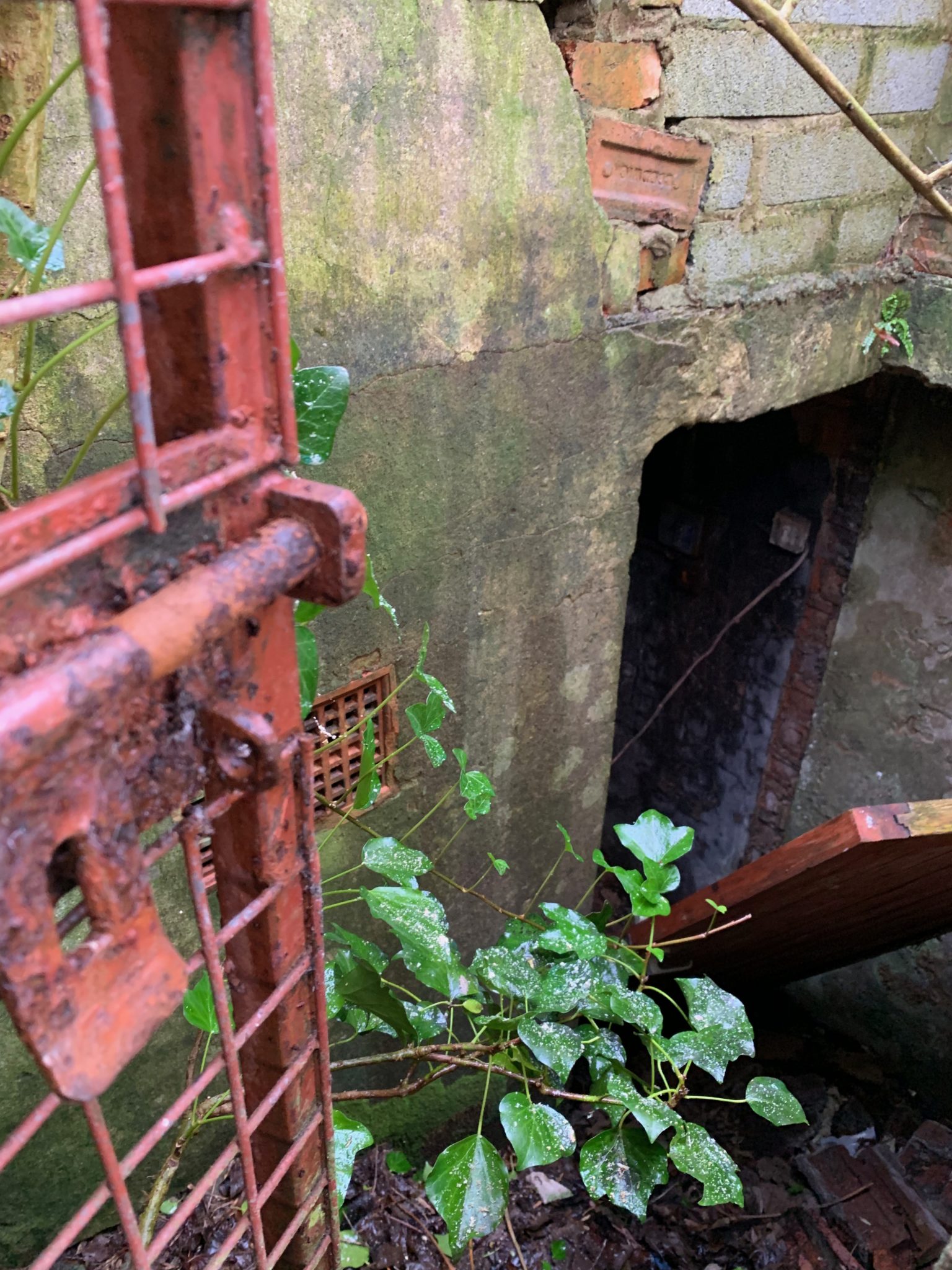 The girls cracked on with clearing above the gate while the thick branches were removed from below. 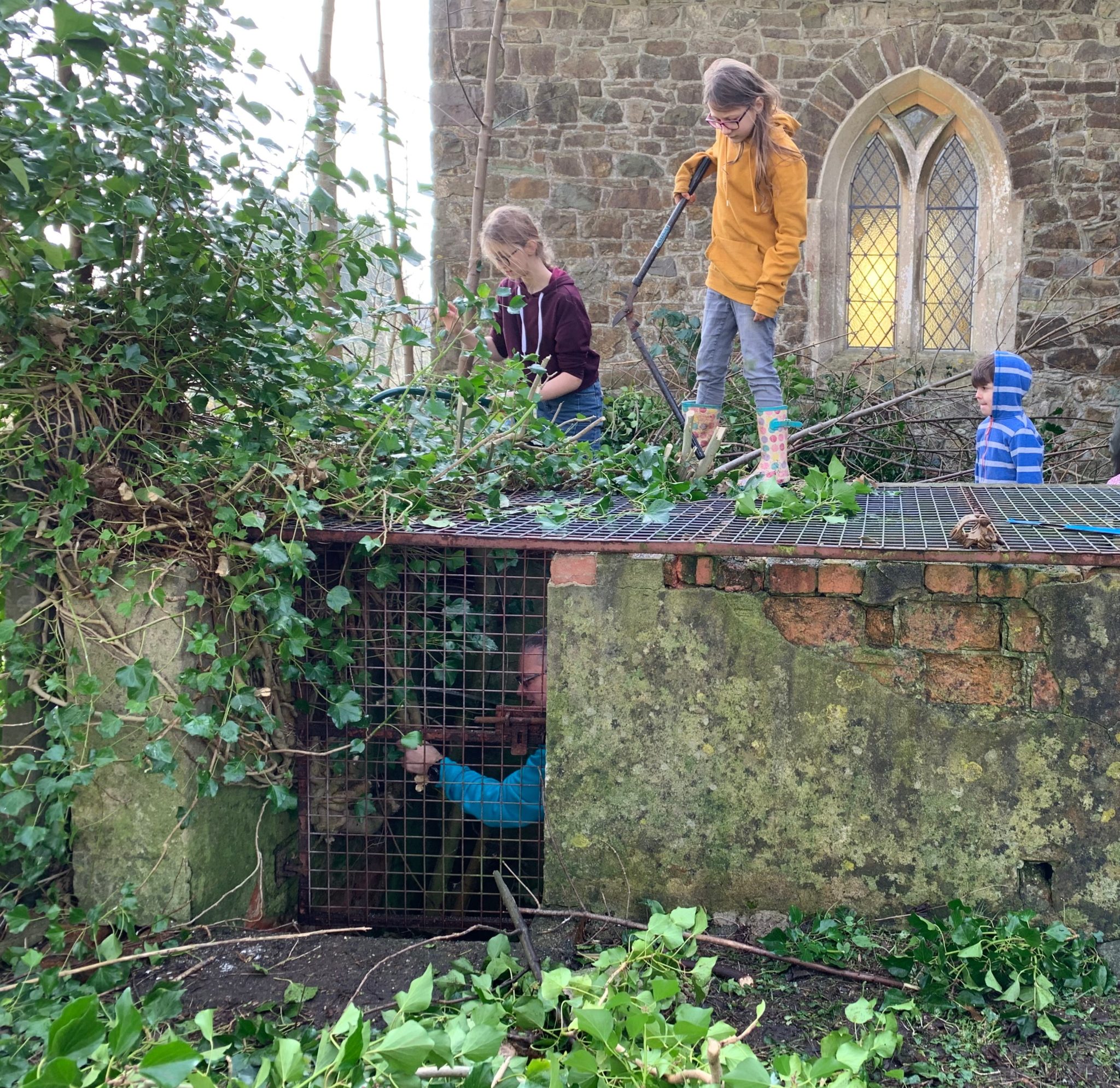 With the majority of the tree removed, we were able to open the gate. 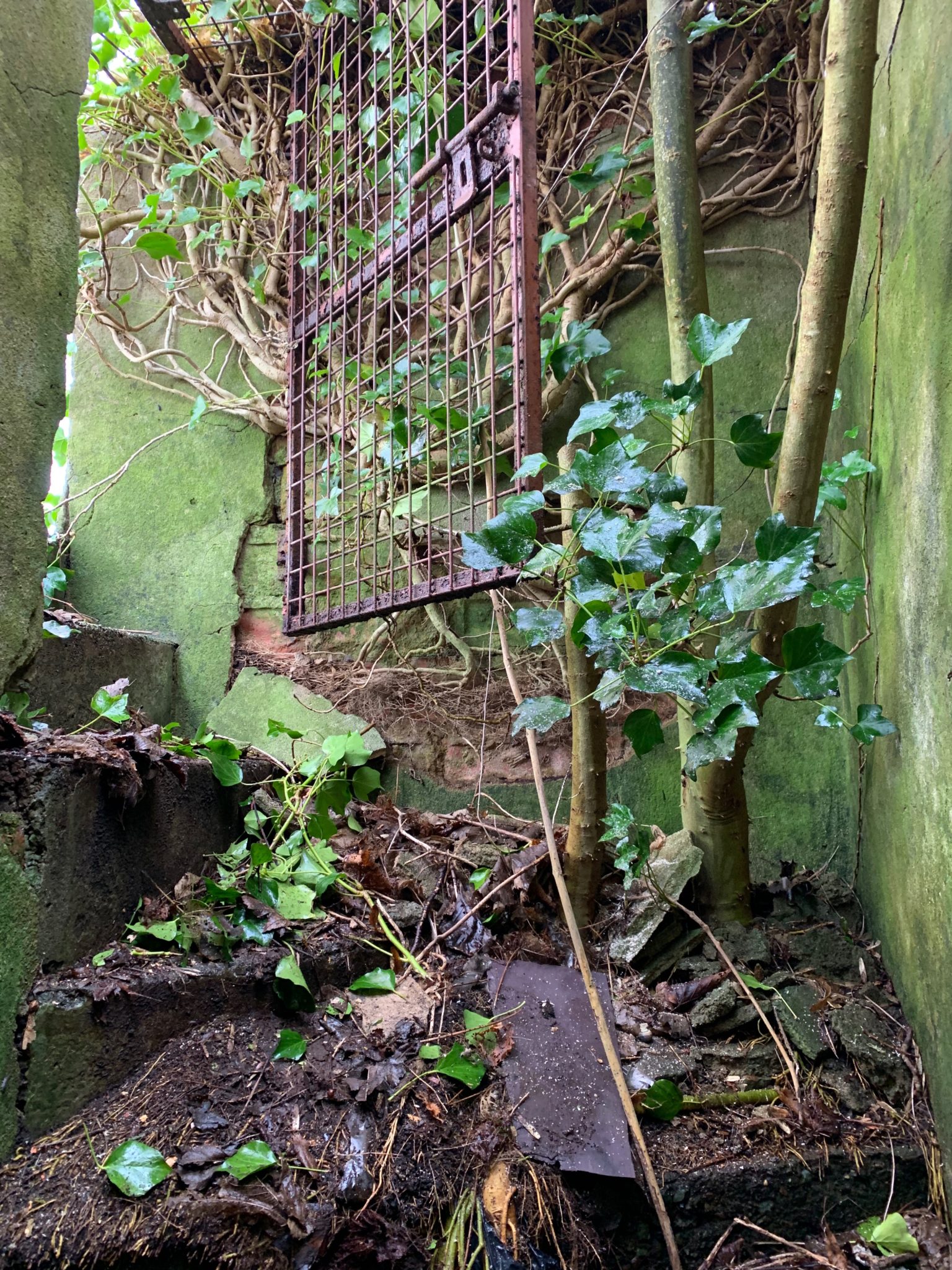 And here’s what we found in the crypt. It was a small stone-lined room that housed a furnace. Probably used as a heating system for the church. More historical investigations will determine this… 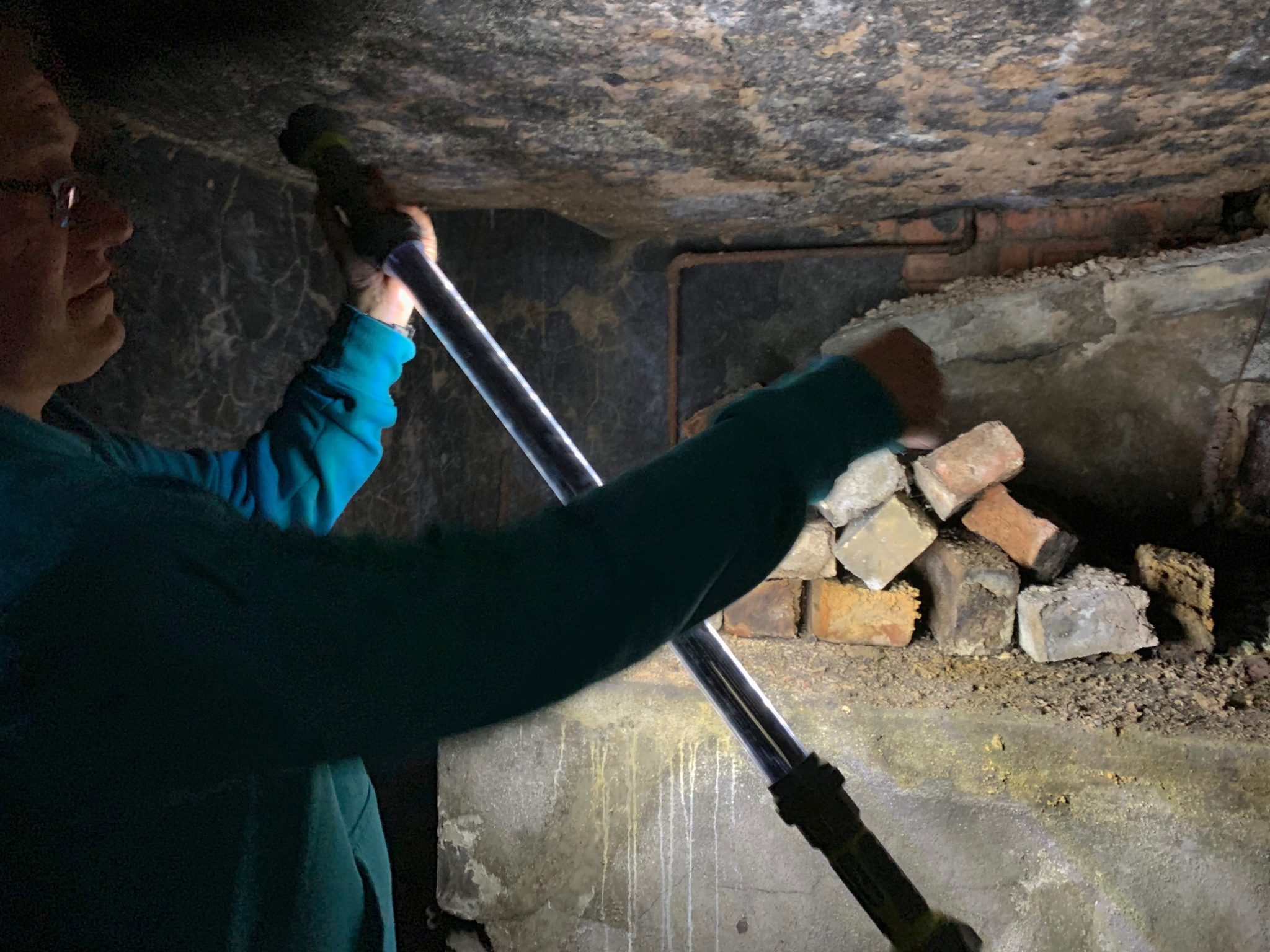 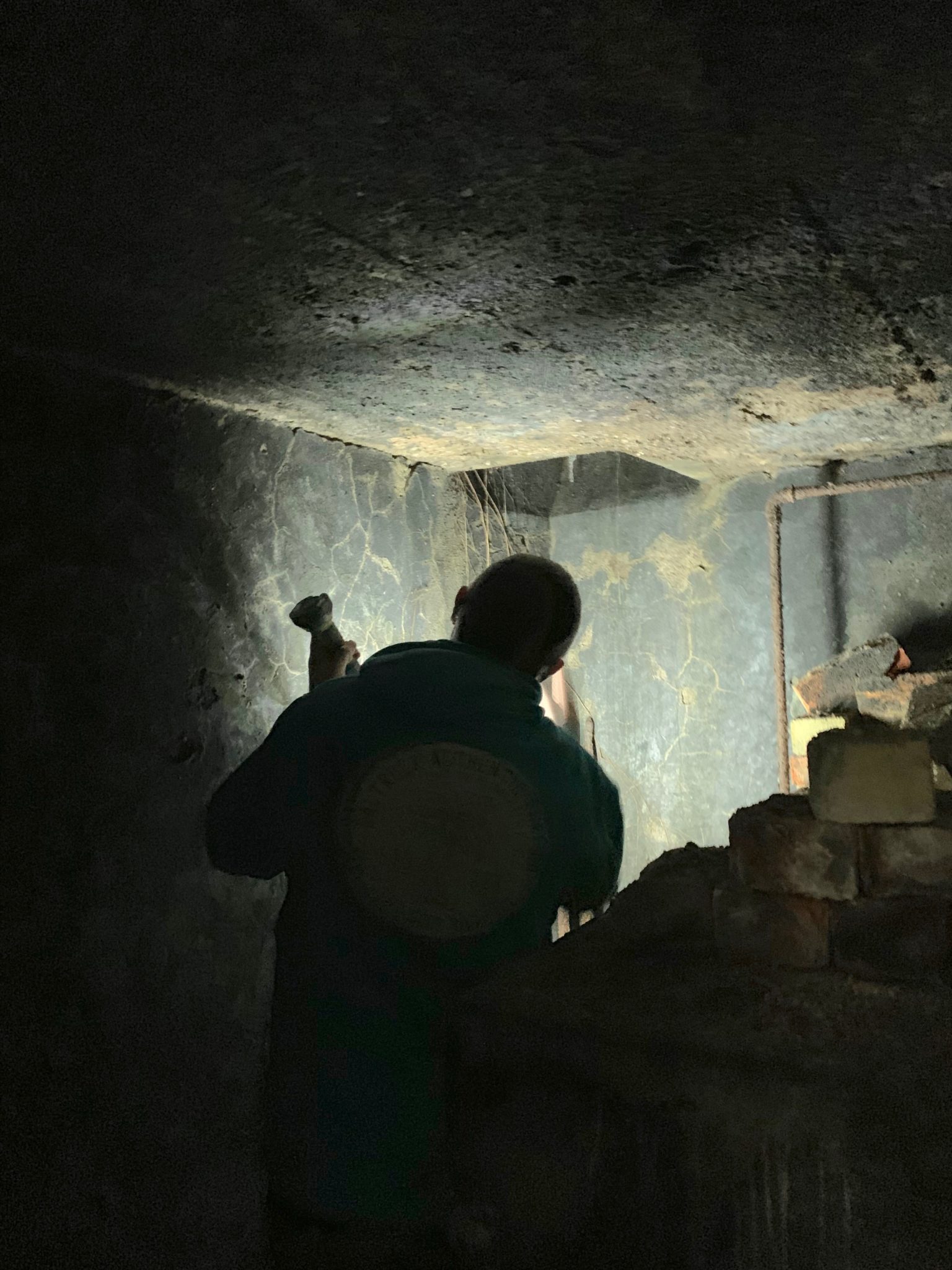 There was a plaque on the side of the furnace but, unfortunately, it had rusted over and was undecipherable. 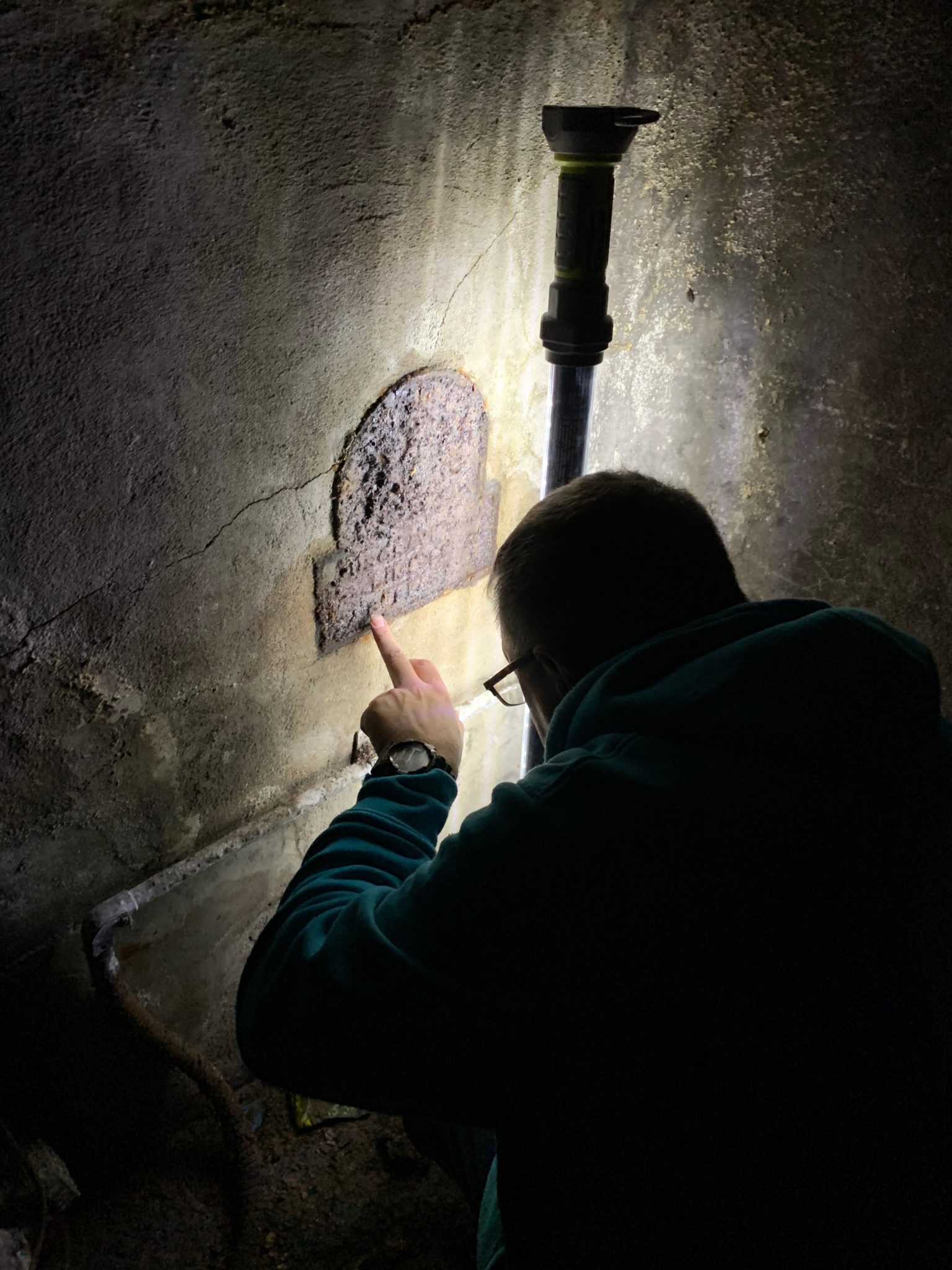 We didn’t find any immediate signs of bats but on the walls of the crypt we found three cocoon type things. They were the size of a matchbox and appeared to have a hanging thread. These were spider egg cocoons. We left them there undisturbed. 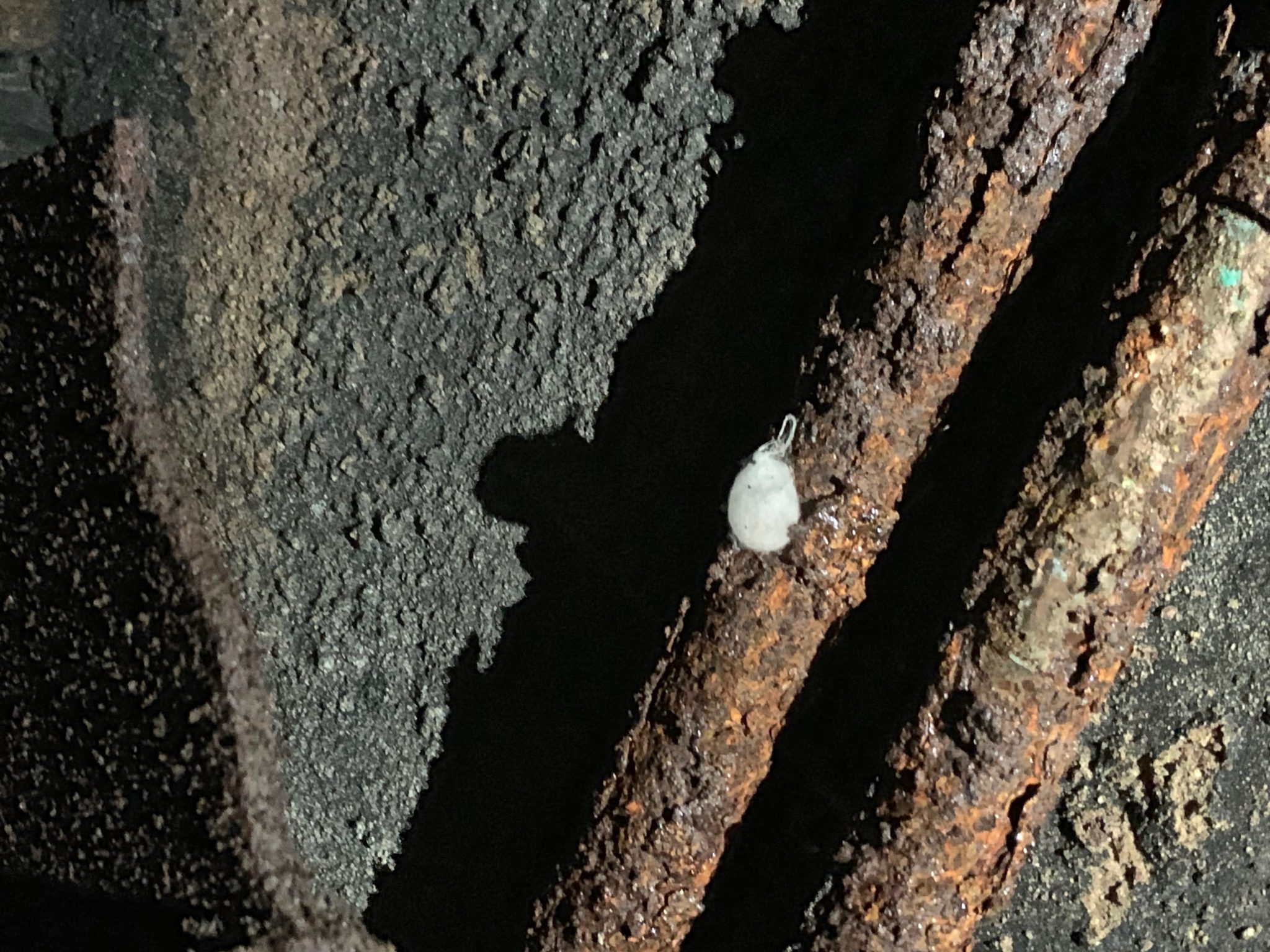 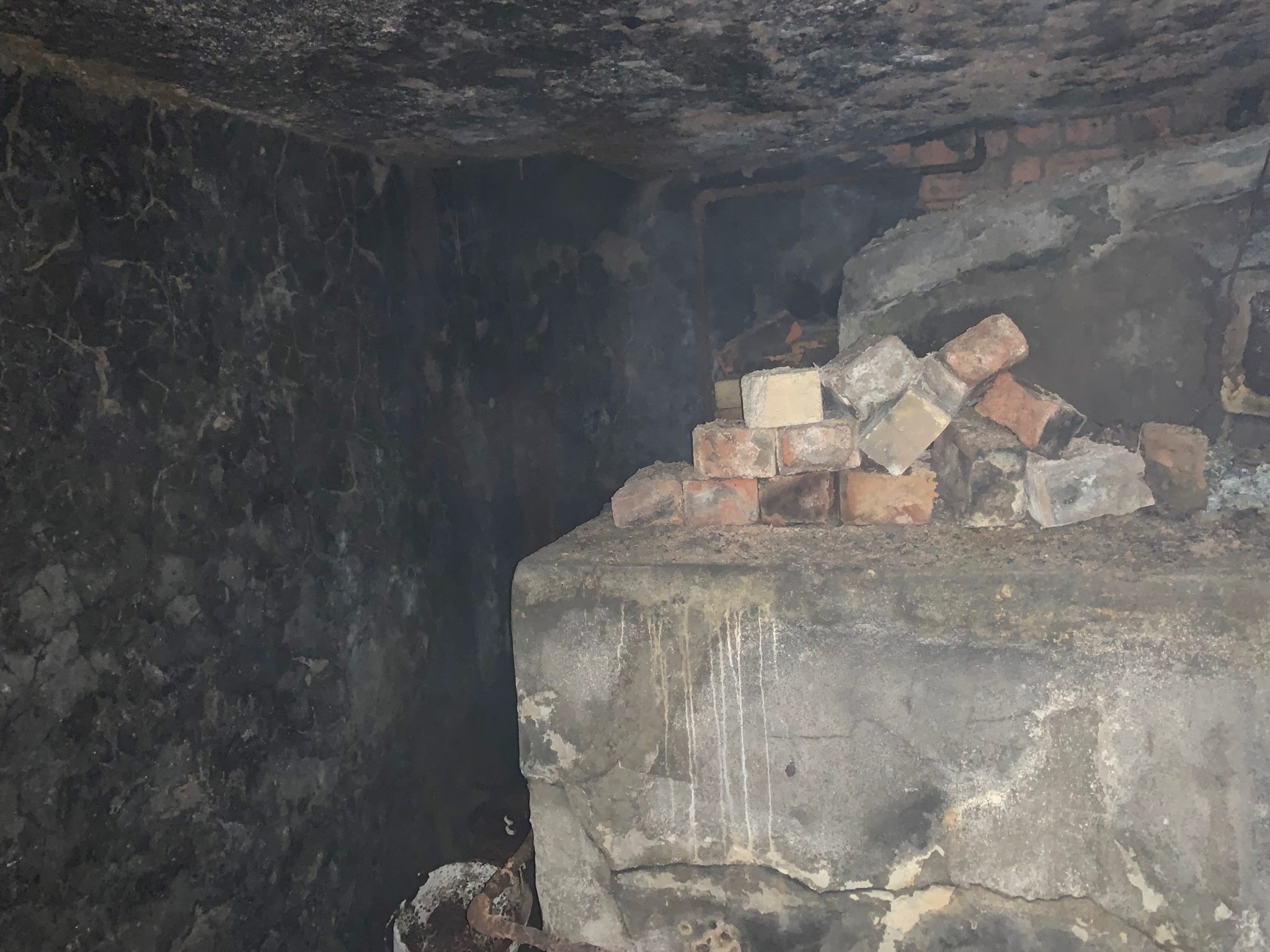 Below is the damper used for the furnace. 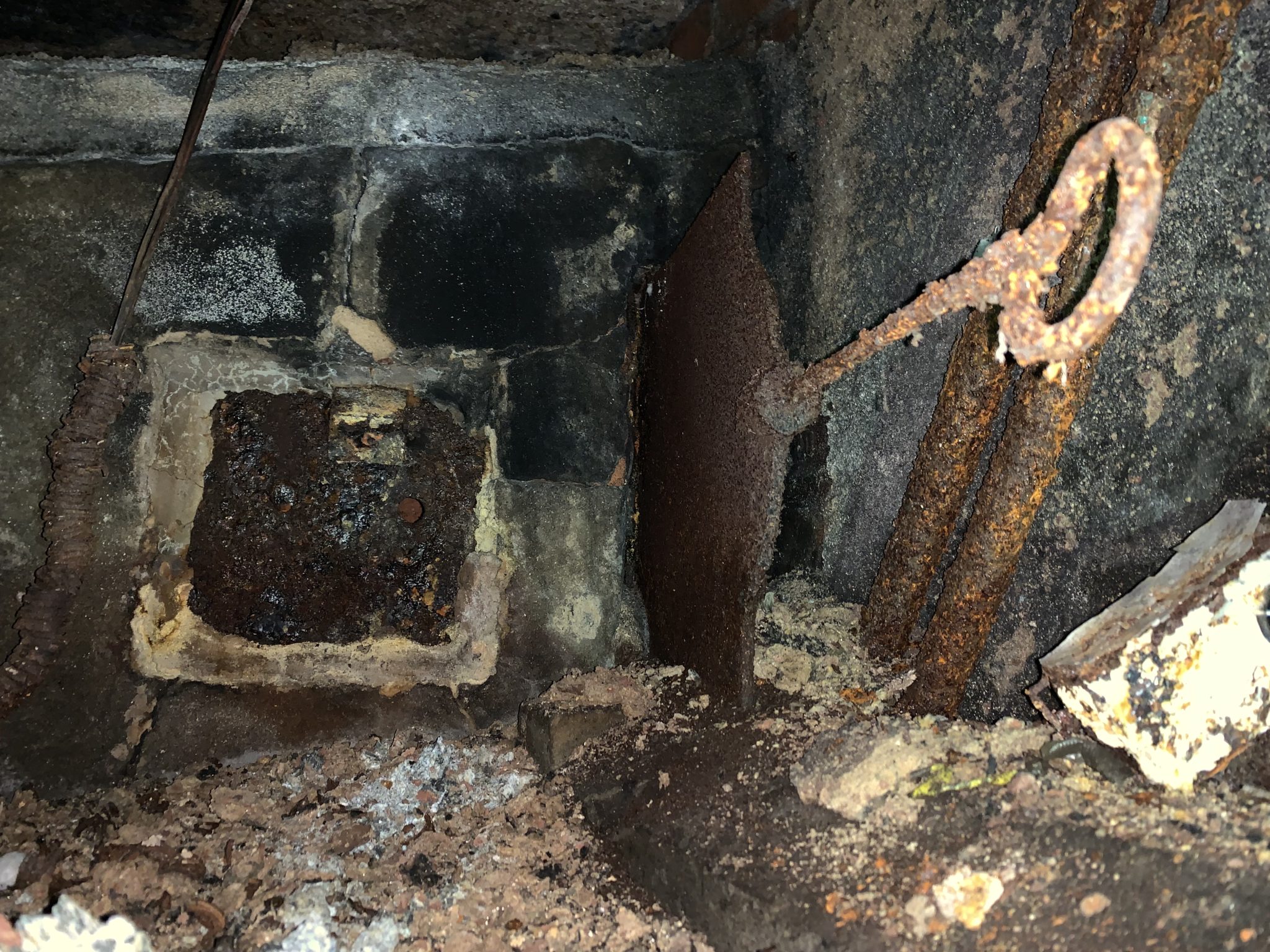 It was a good day’s work and the kids all worked really hard at making the crypt accessible. As time goes on we will explore more in-depth and delve into the history. But at a first glance, it seems that the crypt was used to house a boiler room. No treasures or relics and no signs of any ghouls… yet. 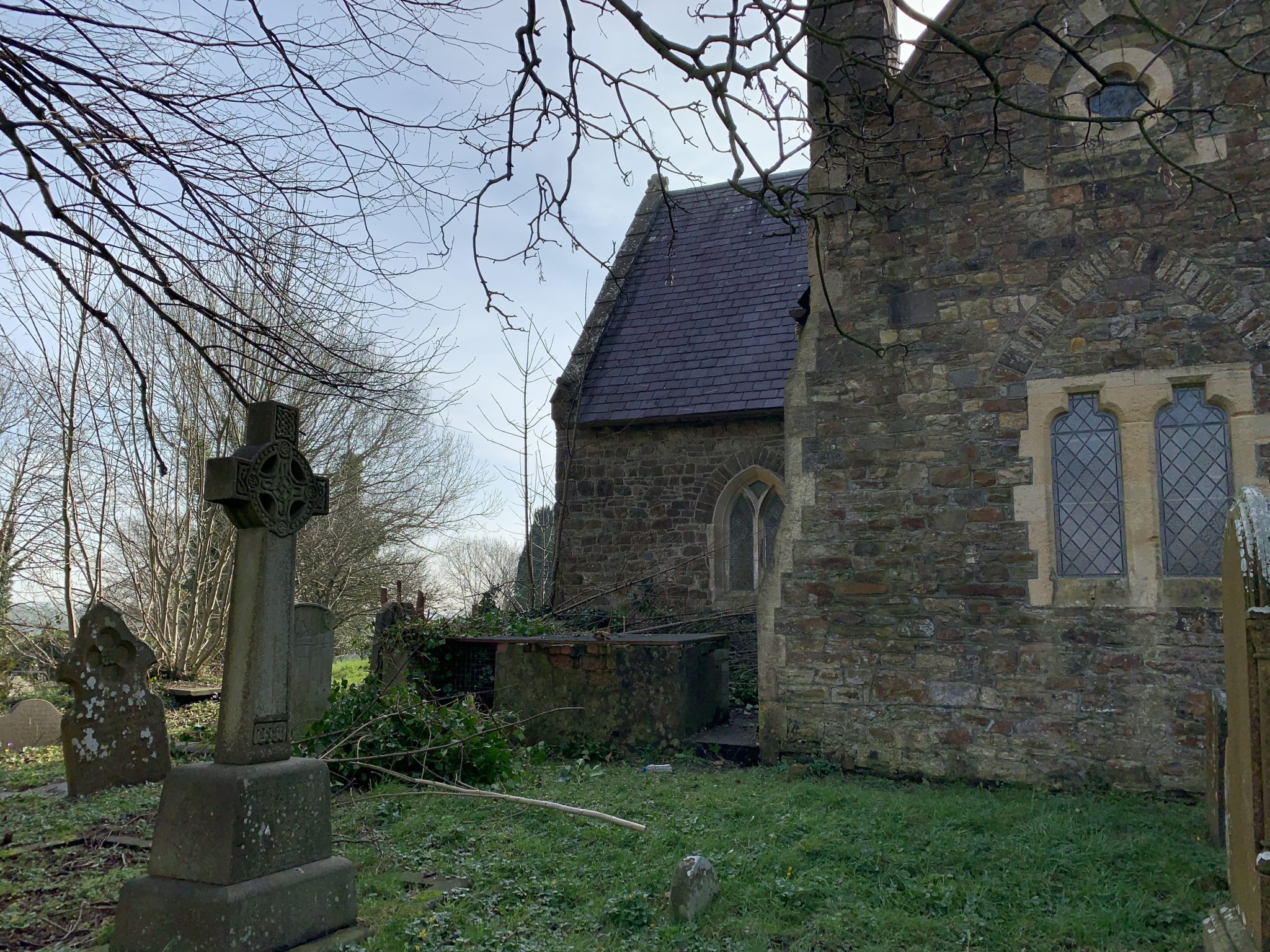 Have you seen the Incredible Windows Of Holly House? 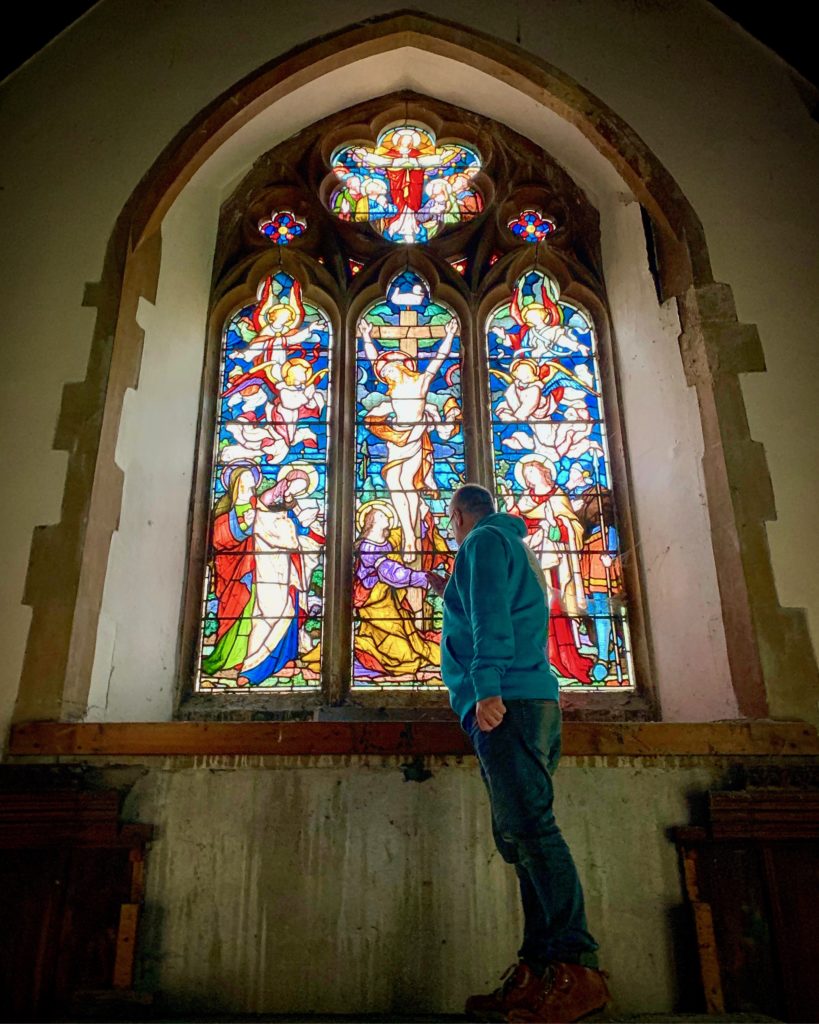 Cleaning Out The Tower At Holly House

The View From Holly House