You are here: Home / Mummy Musings / Expectations On Long Car Journeys With Kids… 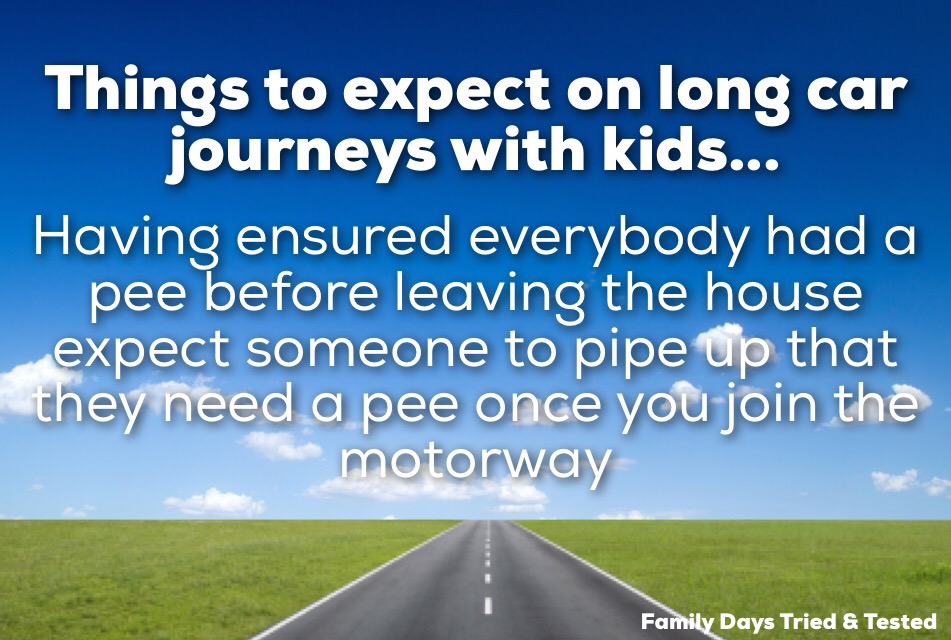 Expect arguments over seating arrangements before actually getting in the car.
Expect to referee a war that has broken out over a game of tag in a confined space which the kids promised would not happen.
Expect to keep turning the radio up in line with the noise that the kids are making to try and override them.
Expect intense scrutiny over shares when you ask more than one child to share a bottle of drink.
Expect to tell off one child which is threatening to throw their shoe at another.
Expect to tell the kids to stop invading each other’s space and keep their hands to themselves.
Don’t be fooled into thinking that i-spy is an easy game especially when S is for sheep that were spotted 23 miles previously… Expect alphabetical tussles.
Expect rows over the only green Starburst.
Expect nobody to own up to the smelliest fart ever and offence being taken over finger pointing.
Expect the teenager to wind up the toddler and vice versa.
Expect a headache.
Expect to scrabble in vain for a carrier bag or Wellington boot when the littlest announces they feel sick.
Expect navigation traumas after putting your trust into Google Maps only to have an argument with the driver when you miss a turn and reroute because the blue dot didn’t update quick enough.
Expect to answer questions of “Are we nearly there yet?” 2289 times.
Expect to fight an urge stop in a lay by and leave the kids
Expect noise. Lots of head compounding noise.
Expect to question your sanity.
Expect to consider getting a train next time.

Have We Lost Control of Our Kids?