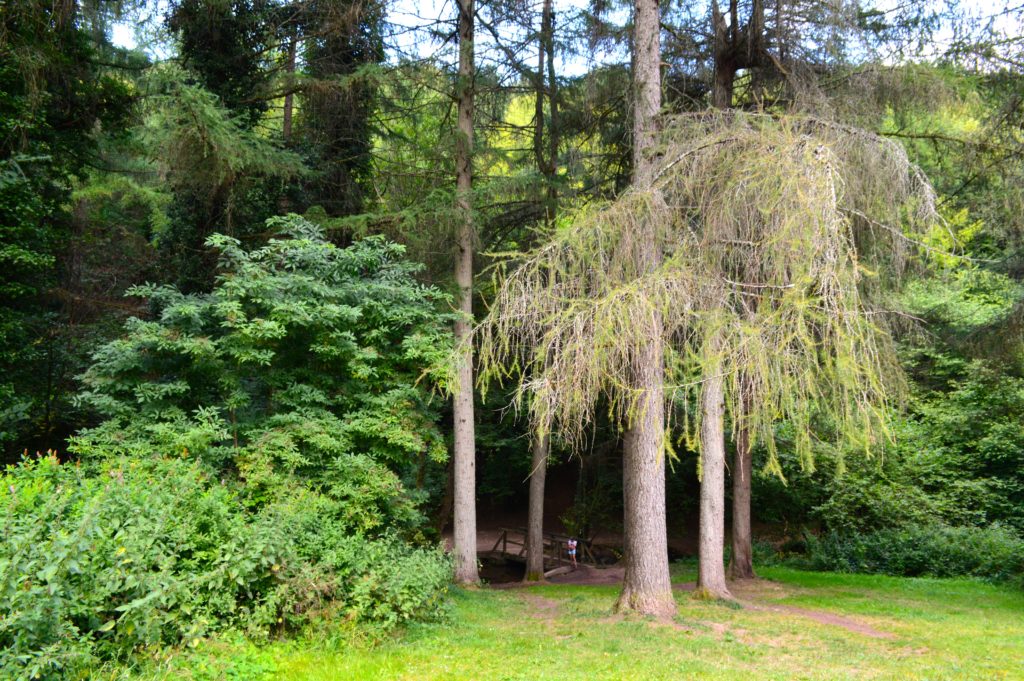 Nestled in the forest, a stones through from Chepstow, we stumbled upon a great little stream to paddle in. Don’t be fooled into thinking it’s worthy of a whole day out but it is lovely for an hours stop off if you’re driving through.

We discovered this purely by chance as we were on a Sunday afternoon picturesque drive through.

After pulling into the car park we decided to explore further… 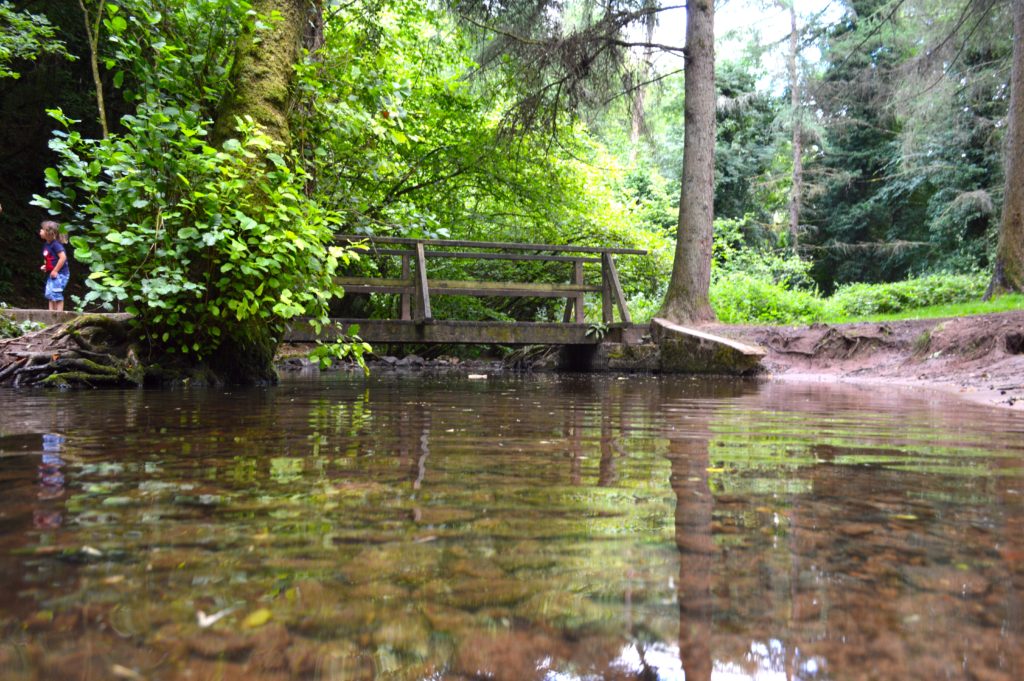 The bridge was only a few steps from the car park and was a great spot to paddle in. 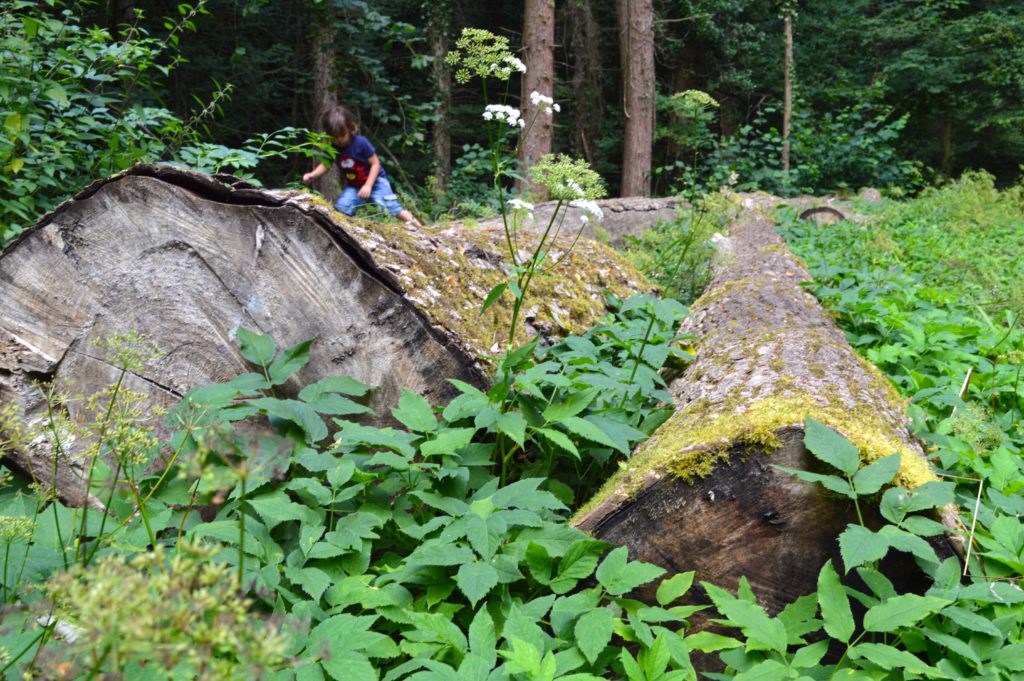 There were loads of logs to clamber on… 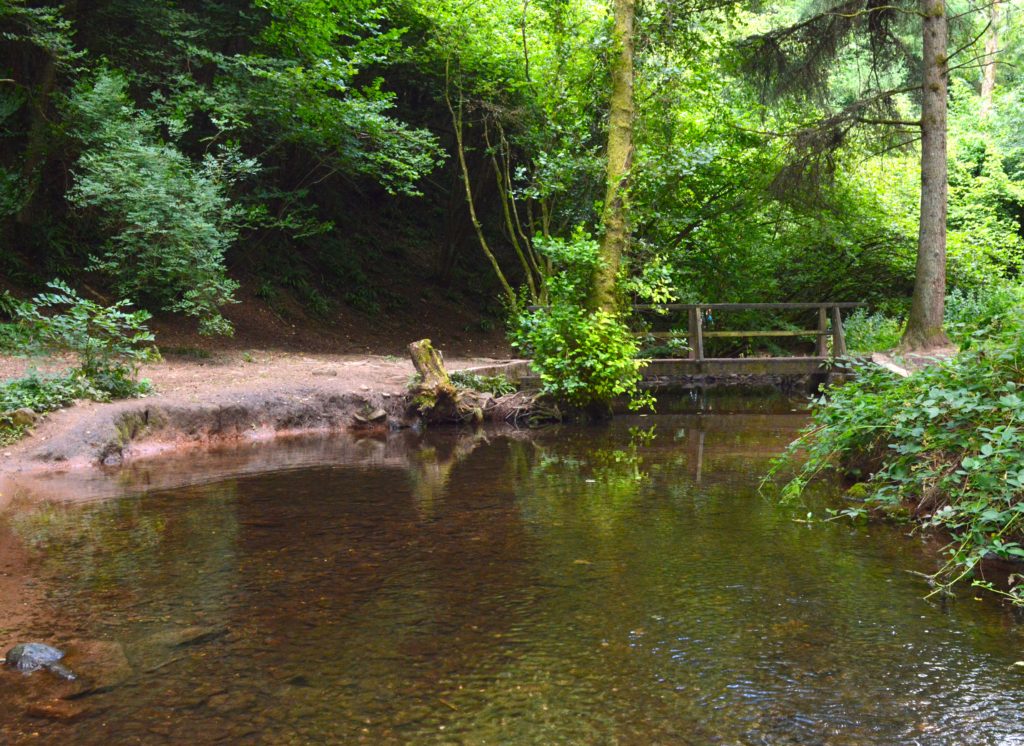 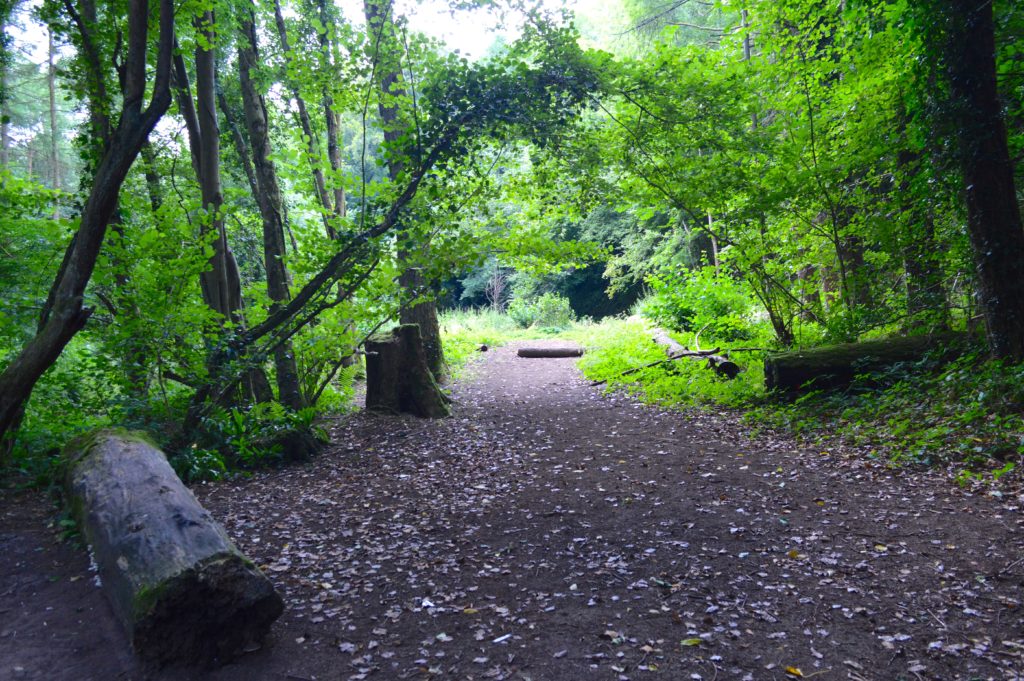 There was an option to take a path to the left of the bridge but we decided to try that one another day and opted to head up the hill to the right instead. 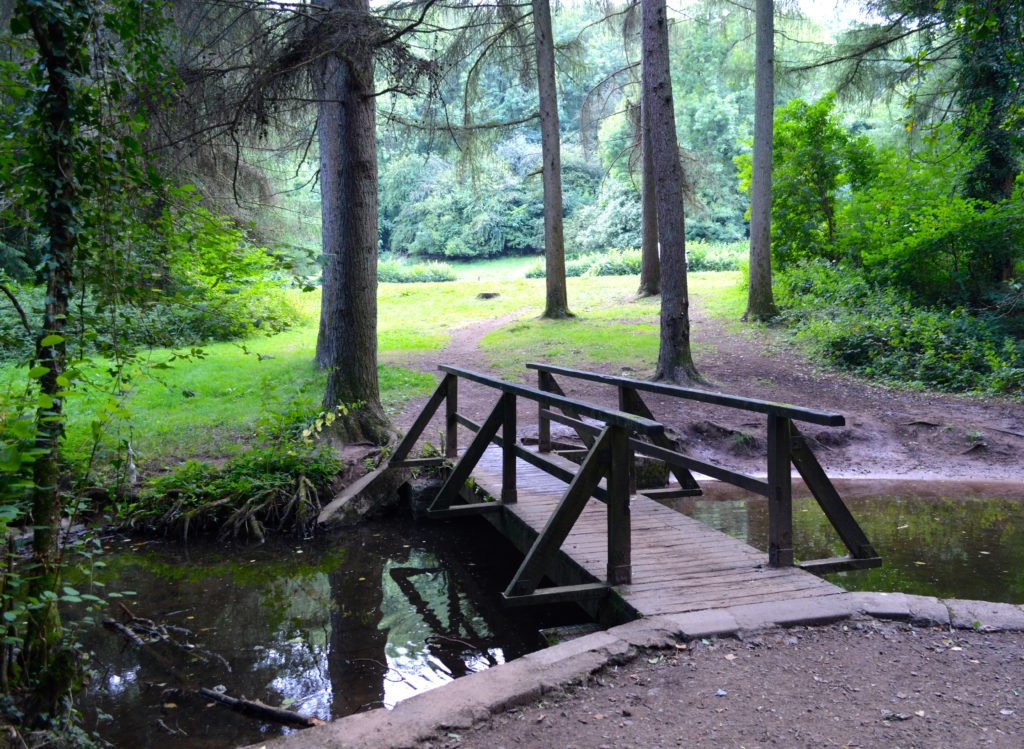 It was rich in hazelnut trees so would make for a great foraging spot in the Autumn. 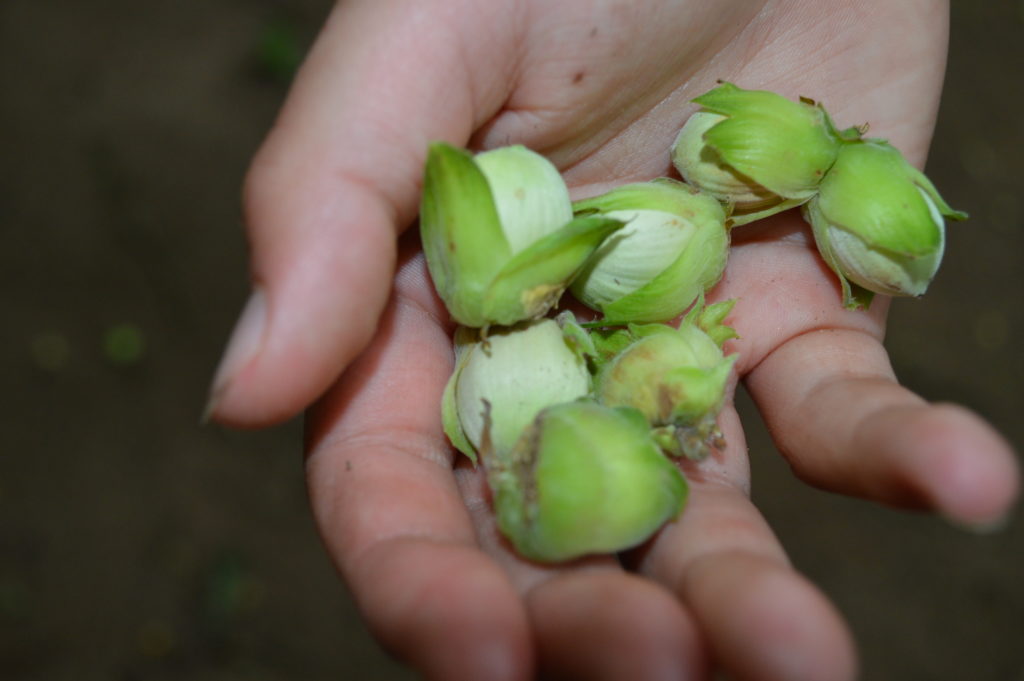 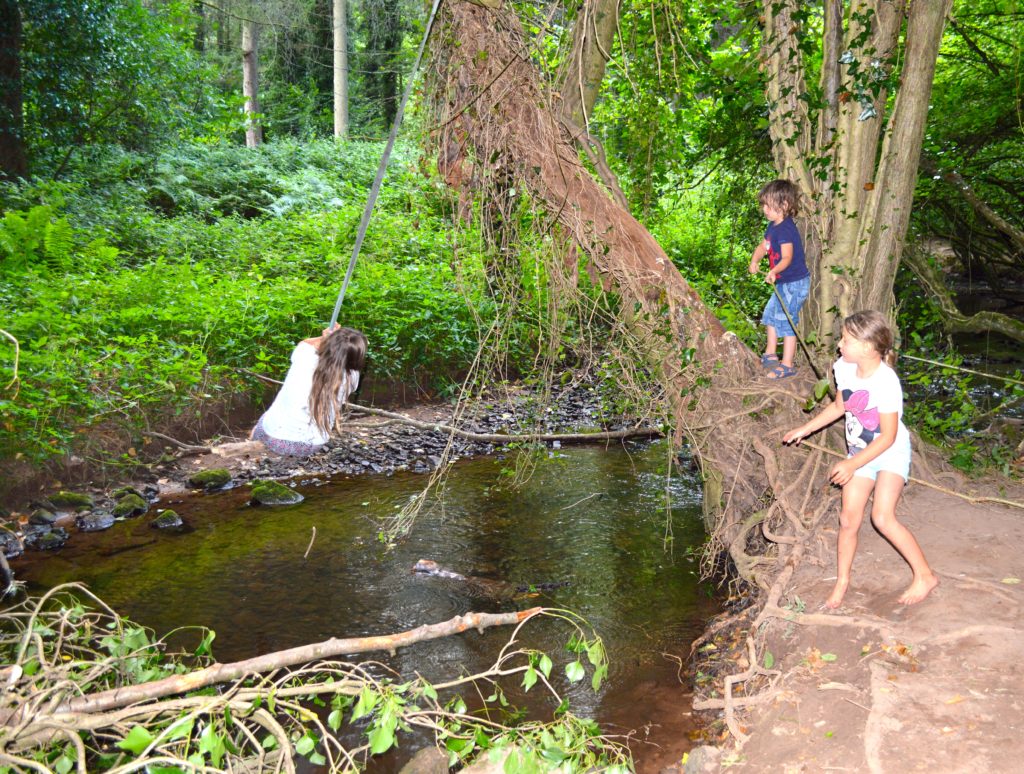 There was a great rope swing… 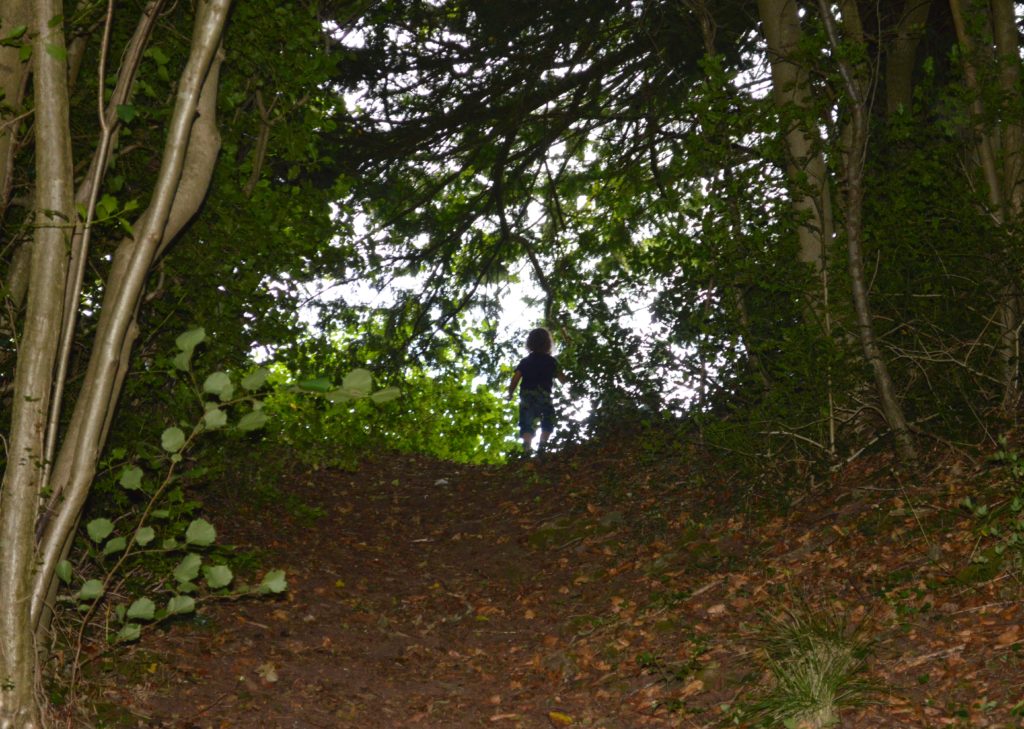 We headed up the path to the right of the bridge and managed to walk for about three quarters of a mile before decided we weren’t going anywhere and becoming a little bit overcome by brambles along the path. But we did have a lovely mini adventure along the way… 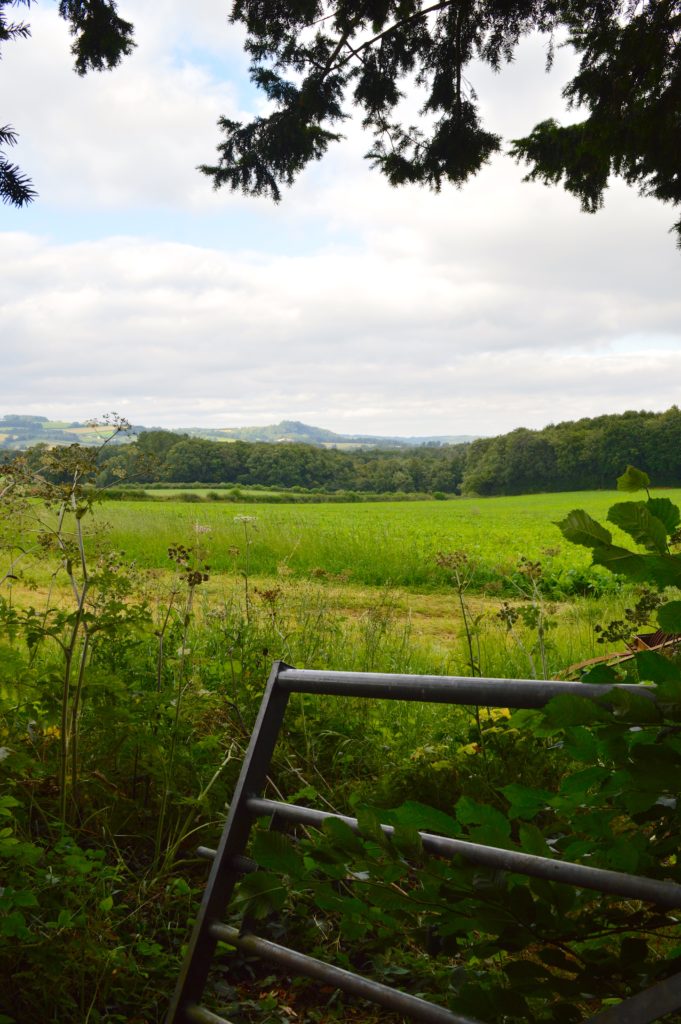 At the top of the hill the woods opened up to some farm land with some fabulous views. 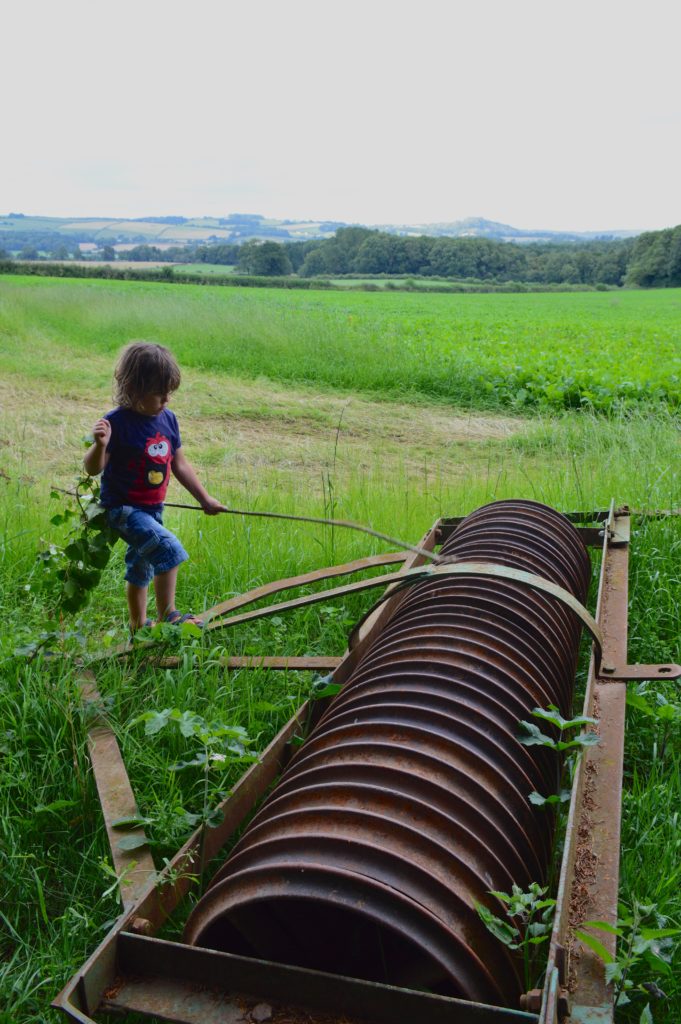 There was some great farmers equipment which the kids loved… 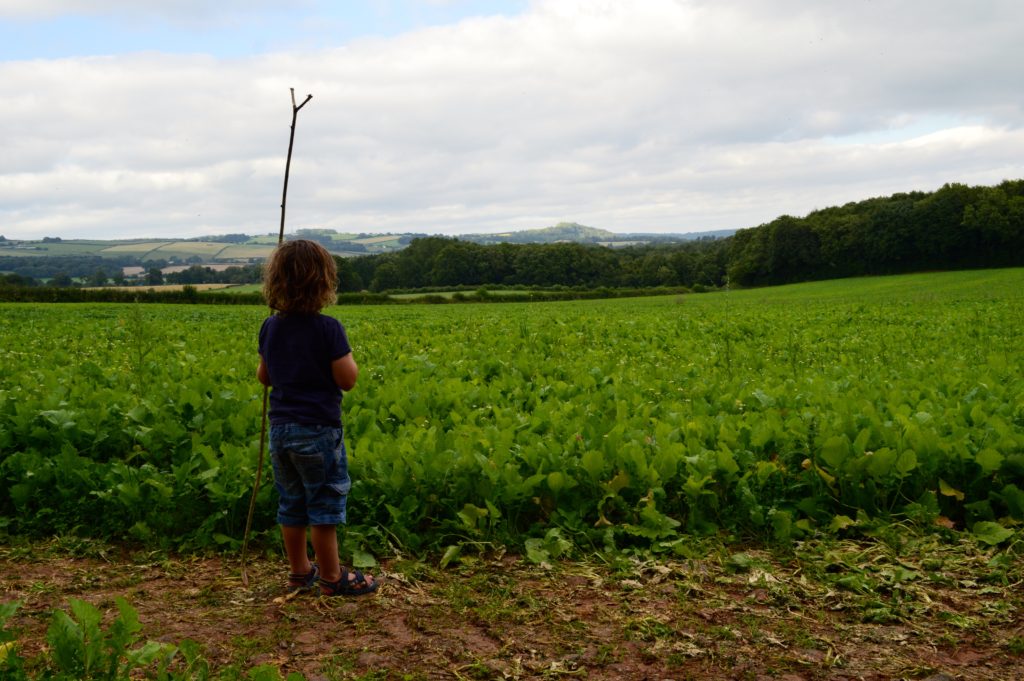 And some fab hay bales too…. 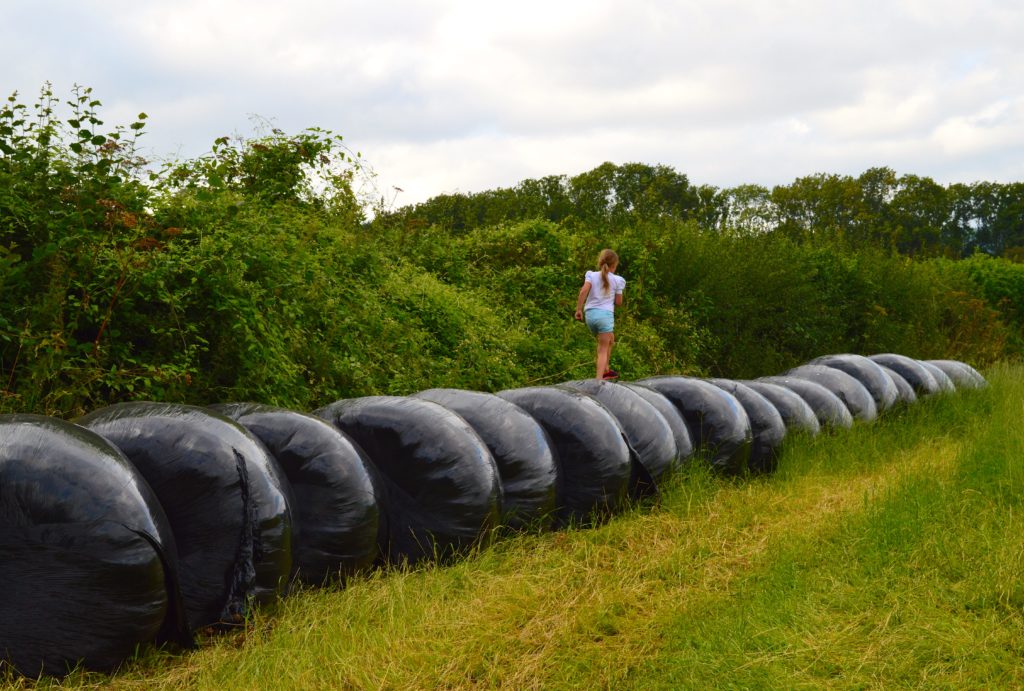 Once we’d walked to the top we headed along the woodland path before deciding to turn around and head back.

At the car park there was an option to take other paths which we may return to explore further in the future.

We parked in the car park that sits along the B4235 which is on the right hand side approx a mile down the road heading away from Chepstow towards Usk as shown on the map. 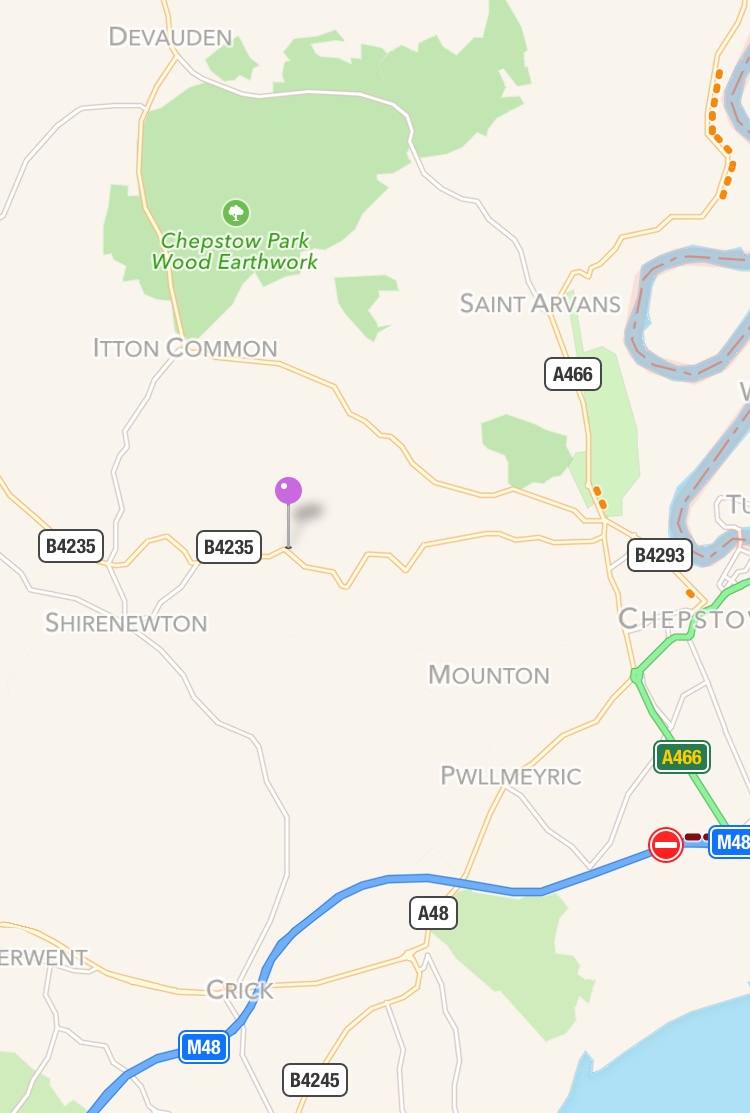 If you like this then how about trying 365 Steps to the Eagles nest?

Cannop Ponds  is also beautiful if you like a paddle. And Mallards Pike is well worth a visit.

Do check out our recommended beautiful local places to visit too.

📦📦 Because you can’t beat the simplicity a