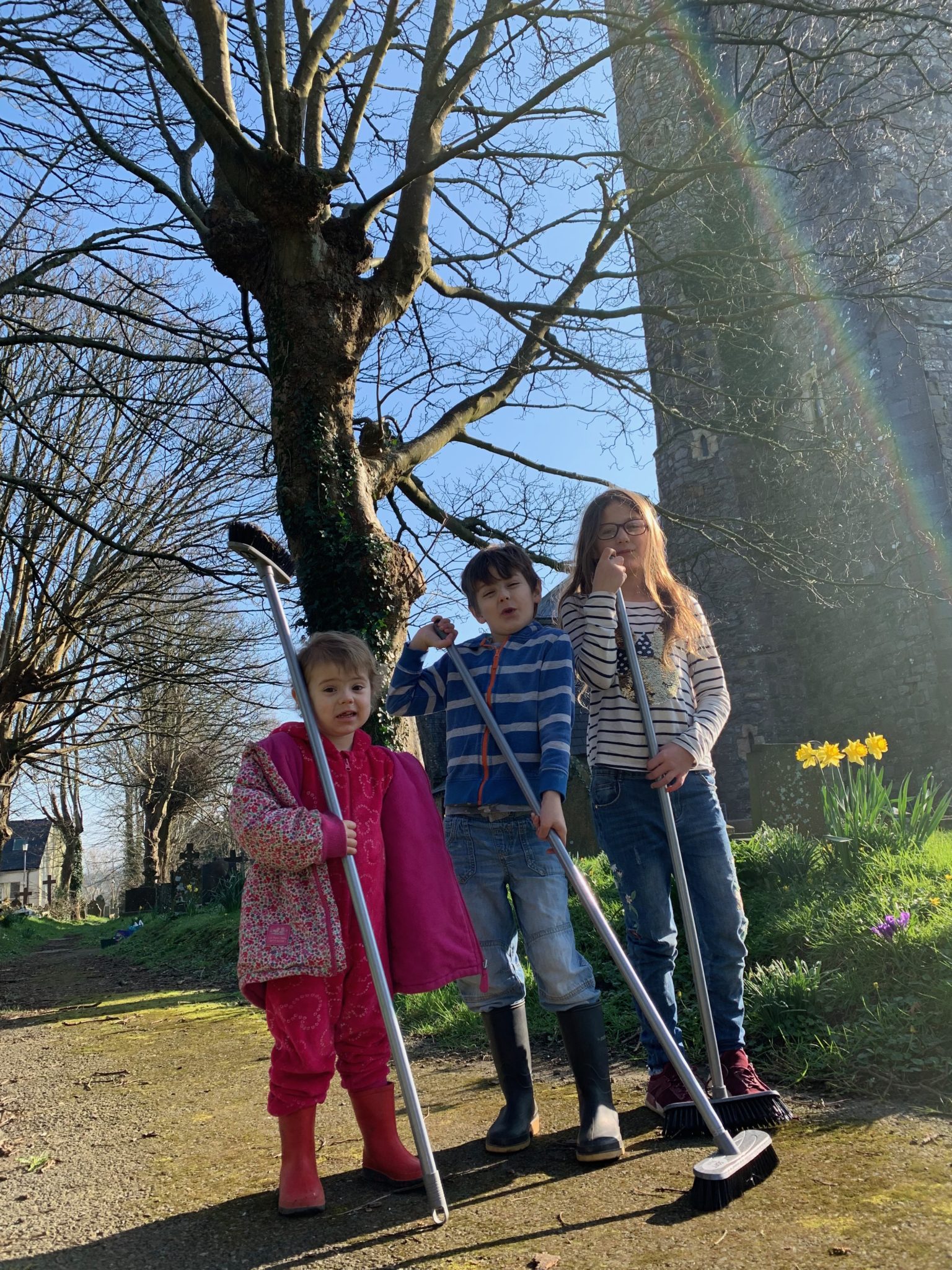 And so it began. Spring is here and we’ve been tidying up to prepare for all things new and breathing a new lease of life into all things old at Holly House.

We’ve been spending more and more time at Holly House recently as we endeavour to put the wheels into motion on building our forever home. But things are not simple and we’ve so much to think about and plan ahead on to ensure we are heading in the right direction.

Holly House is a Grade II listed building that consists of a 12th-century medieval tower and an 18th-century church. The church closed its doors for the last time in 2012 and has since stood untouched and open to the elements. It’s very evident that the land and nature itself has been taking back claim to the building and whilst it is in a surprisingly good condition, the deterioration is on a rapid decline and the building is crying out to be loved again.

And that is exactly what we want to do.

Before we even consider getting plans drawn up to bring our vision to life we have to throw some care into the building to halt any further decline.
Our main list of priorities are to:
But in the meantime, there are lots of jobs that we can be getting on with to make life easier in the long run. As of yet, Holly House has no drainage system so we have to be working in a back to basics way. The electric needs to be connected but again this isn’t a simple process. We have to change the name of the church so that we can submit requests for council tax bills which will then, in turn, allow us to be connected to the electric supply. The water supply needs to be connected. All this goes hand in hand with liaising with conservation officers and historians to ensure we treat the building in a way that preserves and maintains its historical values and features.
So as a starter we embarked on some basic cleaning up.
We stopped off at the pound store and armed ourselves with a haul of brushes, dustpans, gloves, sanitisers and rubble bags. 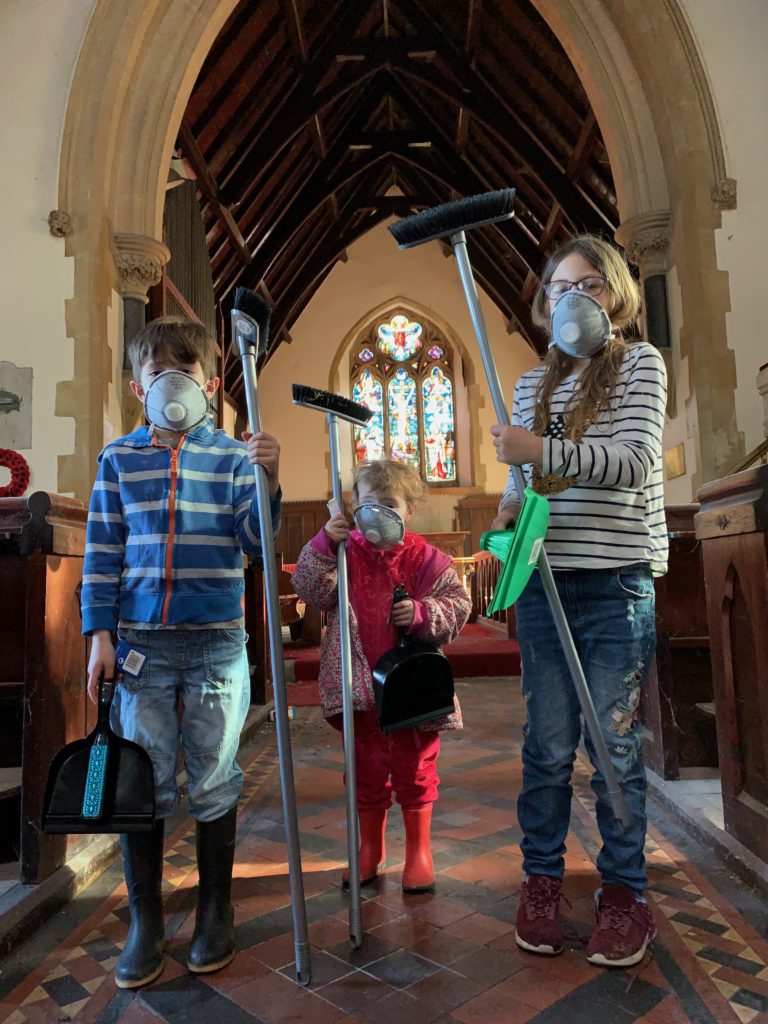 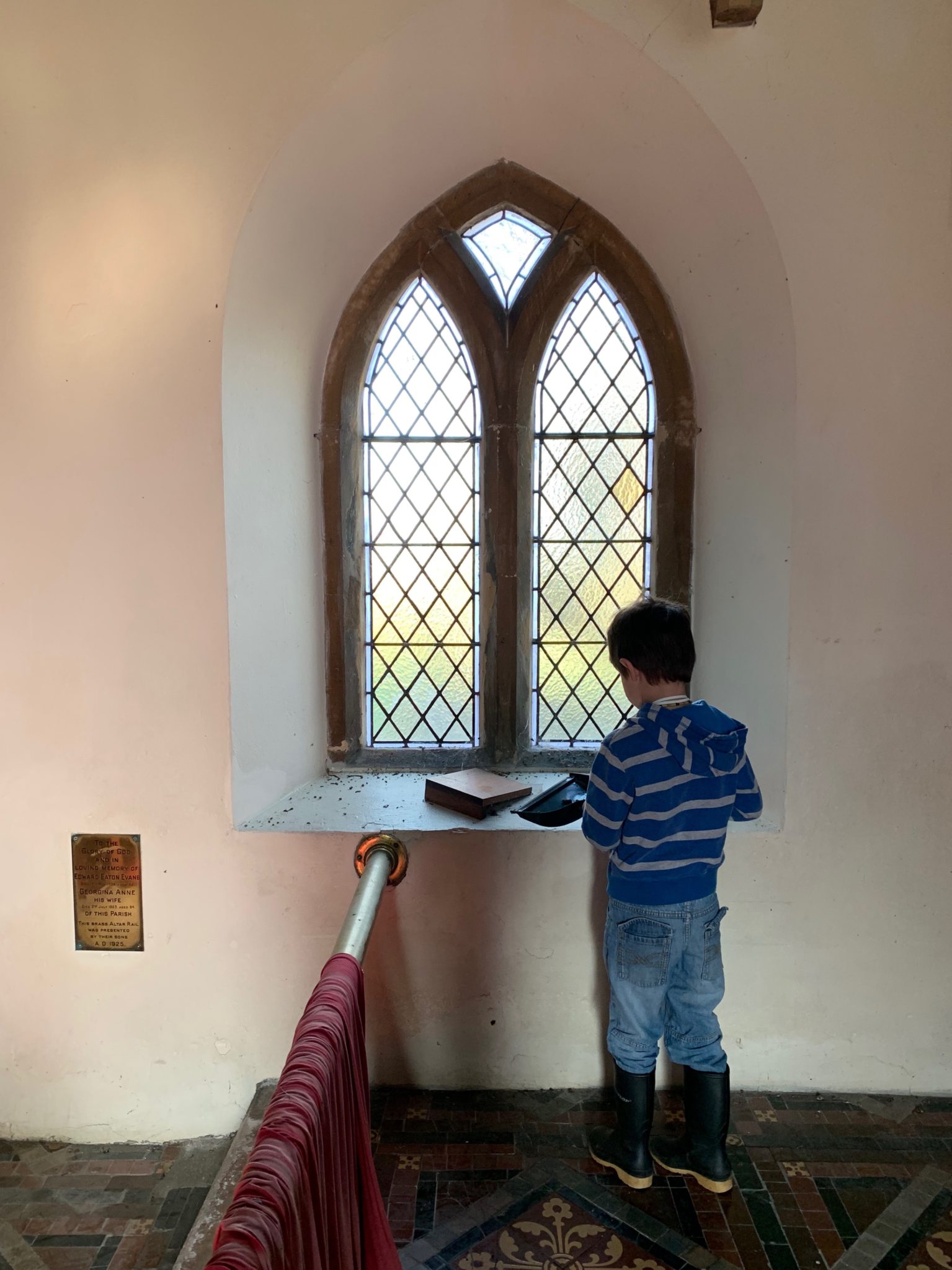 Our main priority for this visit was to clear window alcoves of woodlouse, cobwebs and crumbling debris. We’d already inspected the windows up close last week to gauge the safety surrounding them so we knew it was okay for the children to get involved in the cleanup. 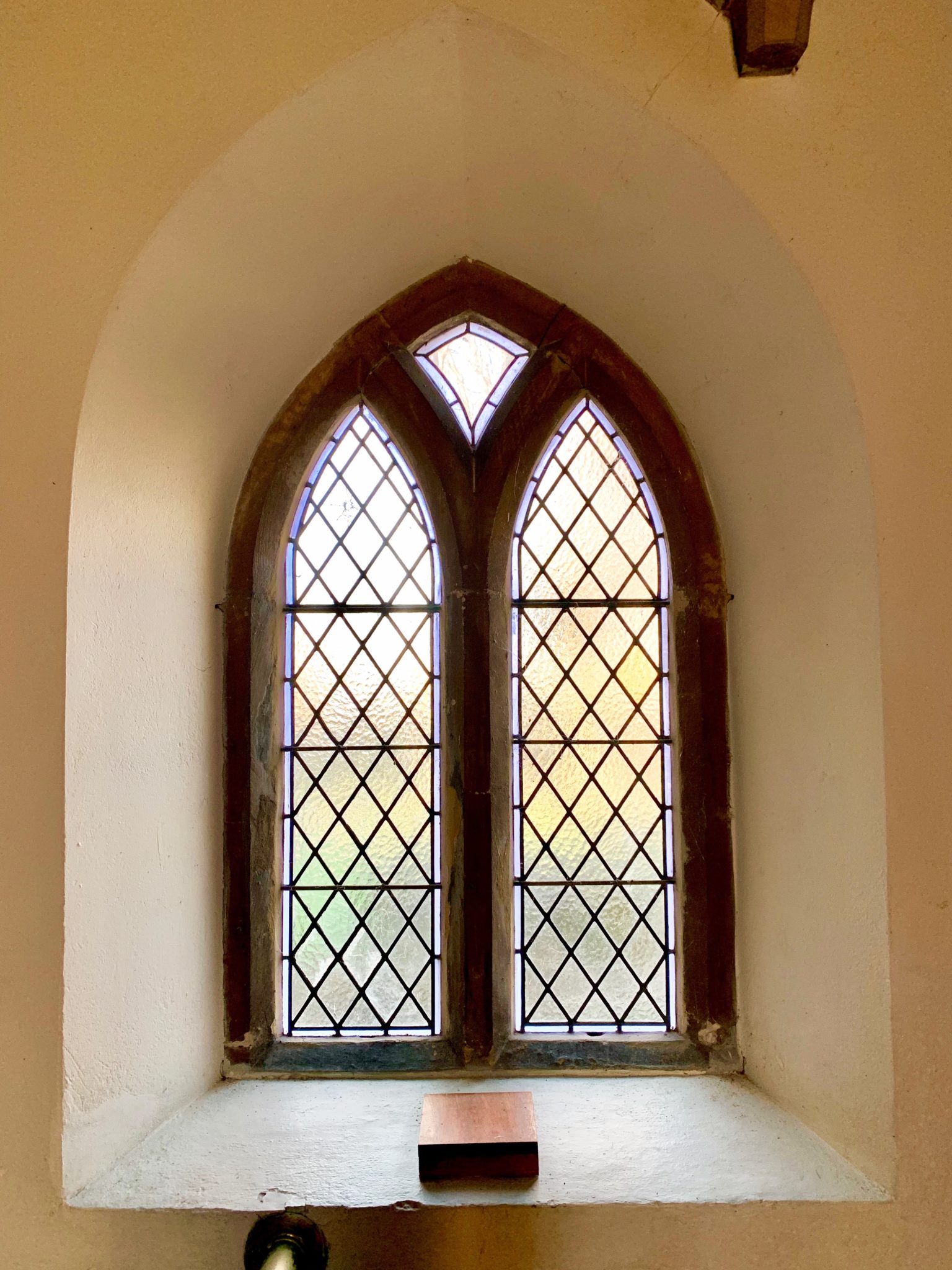 Even just clearing the alcoves out made a fabulous difference. 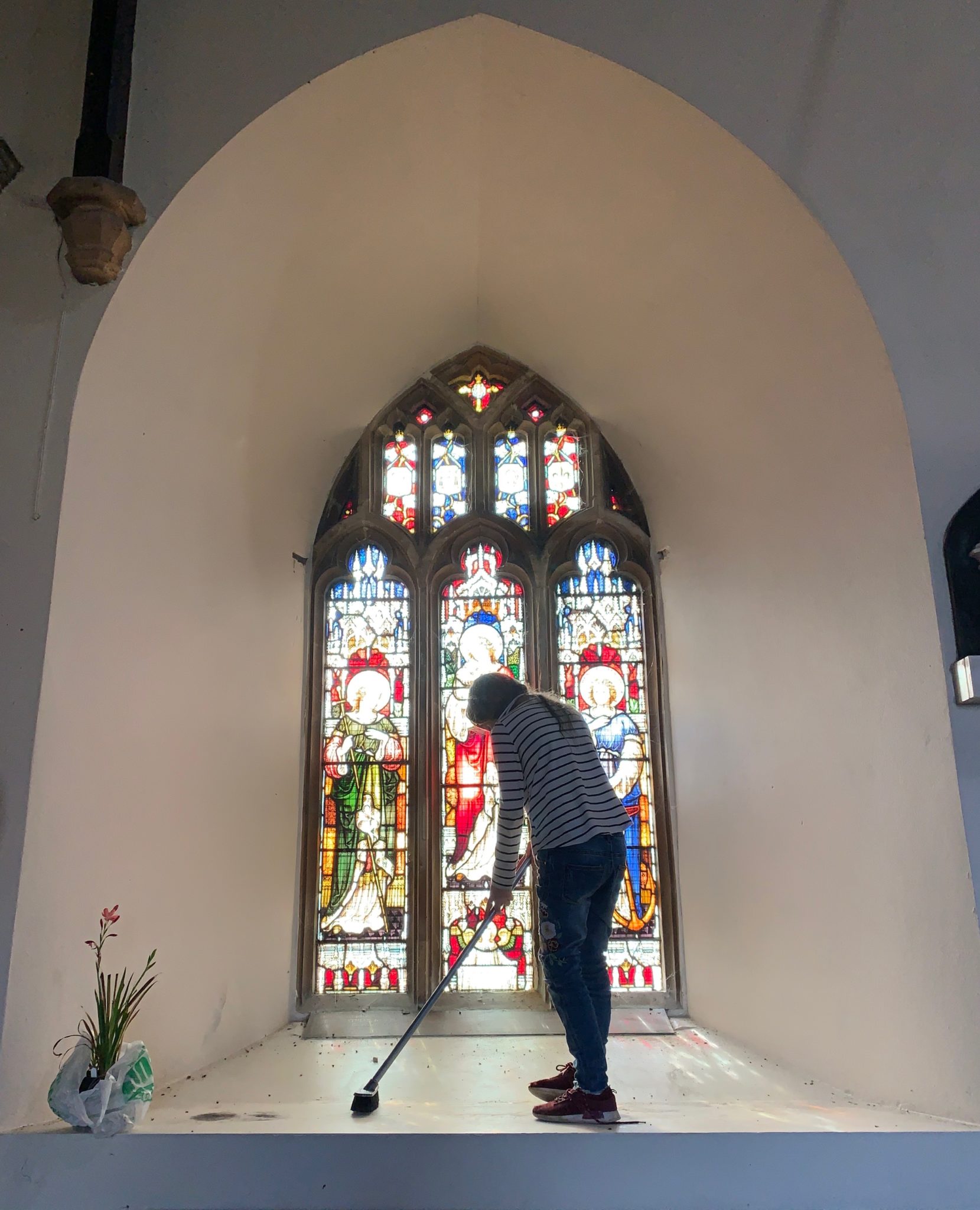 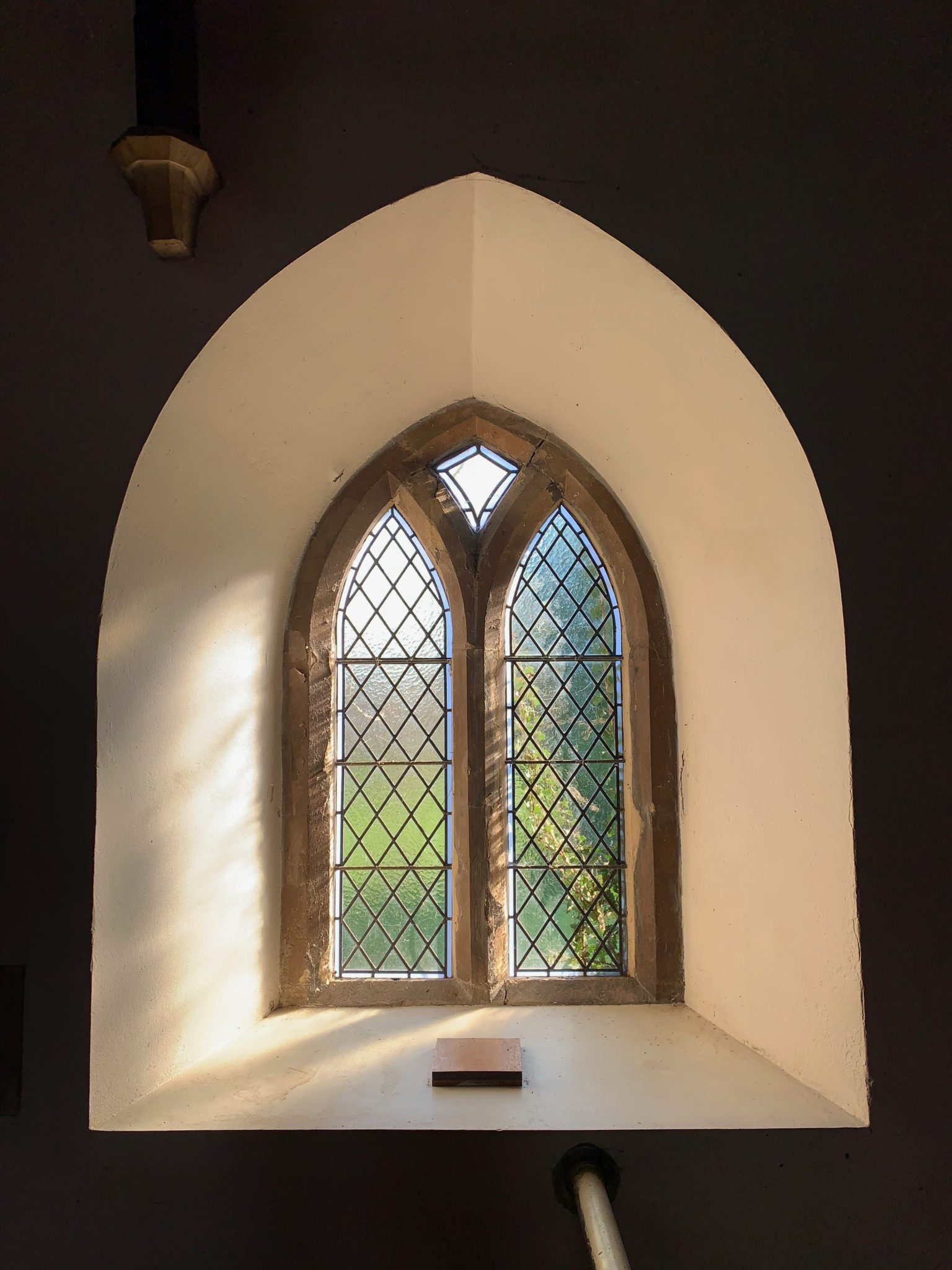 The floor is no doubt the worst area of mess given that the pigeons have had free reign of the building for the past 7 years. Surprisingly though they seemed to have pretty much missed all the pews whilst pooping. Thankfully the main body of the church appears to have housed very few pigeons but the tower is a stark contrast and caked with inches deep of poop everywhere; cleaning out will be an industrial specialist job. 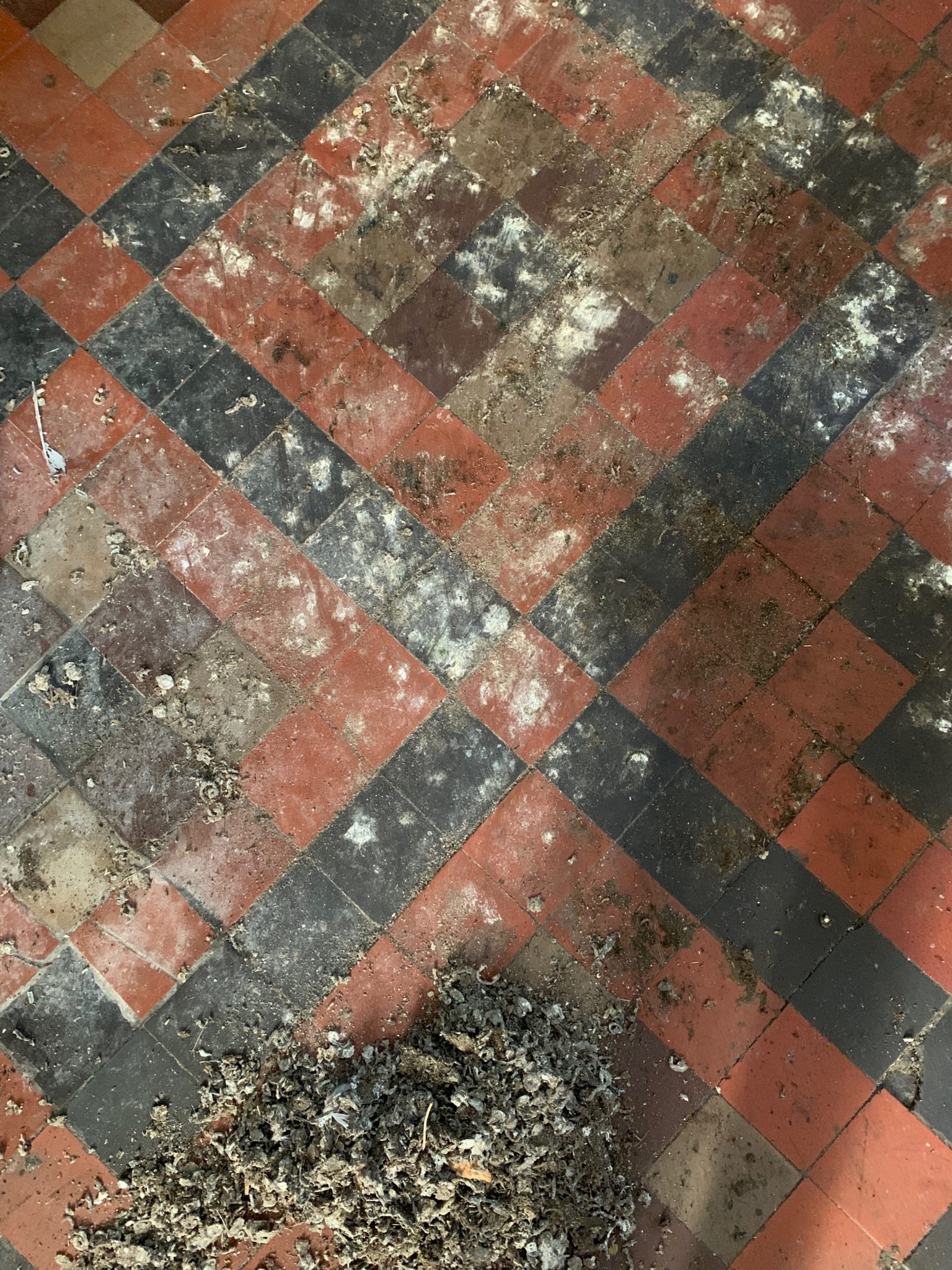 At this stage, we used a hard garden brush and a spade to clear the floor. With no running water it’s not yet possible to properly wet clean it but you can only imagine how wonderful it will look once washed and buffed.

We learnt from a local historian that 50 bodies are buried beneath the actual church floor and it houses a vault. We explored the crypt last week without the knowledge of the vault so were very excited to learn of this. 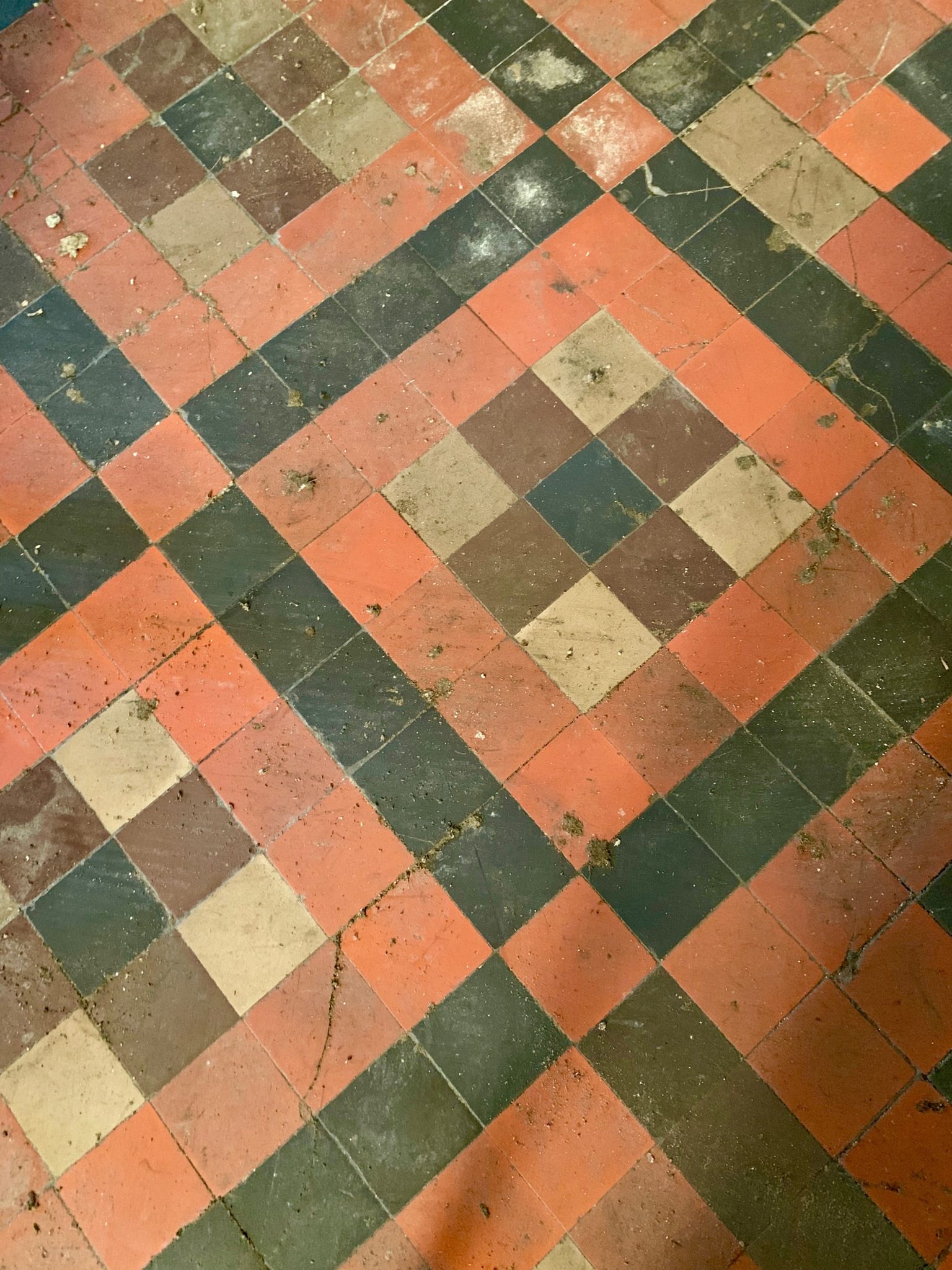 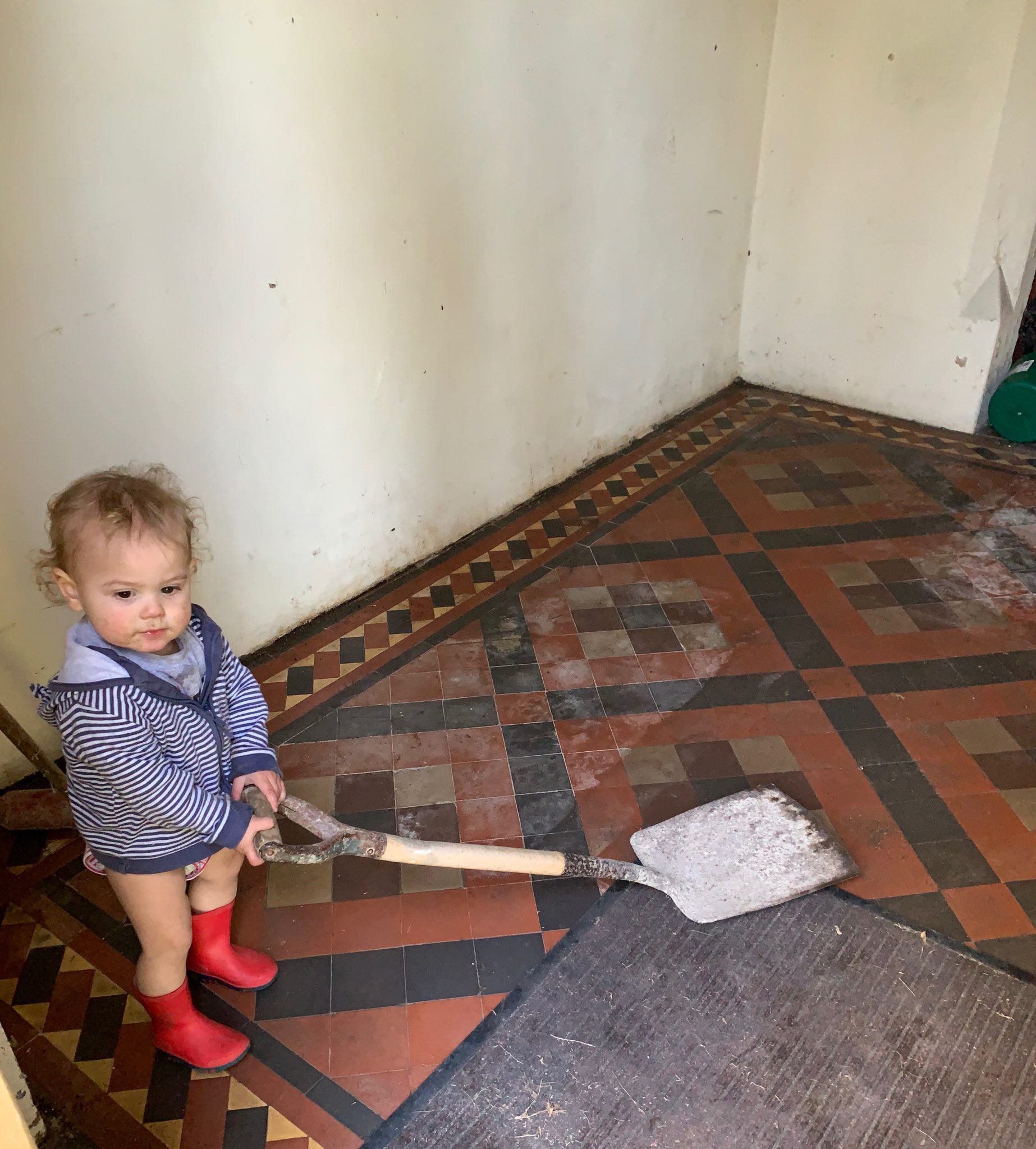 This is our porch area and the main entrance to the Holly House. We cleared it out so we could move the most ornate pew from the church into it. There are listed iron gates that usually sit where the wooden chipboard is and we hope to eventually repurpose some of the pews to make a new front door. 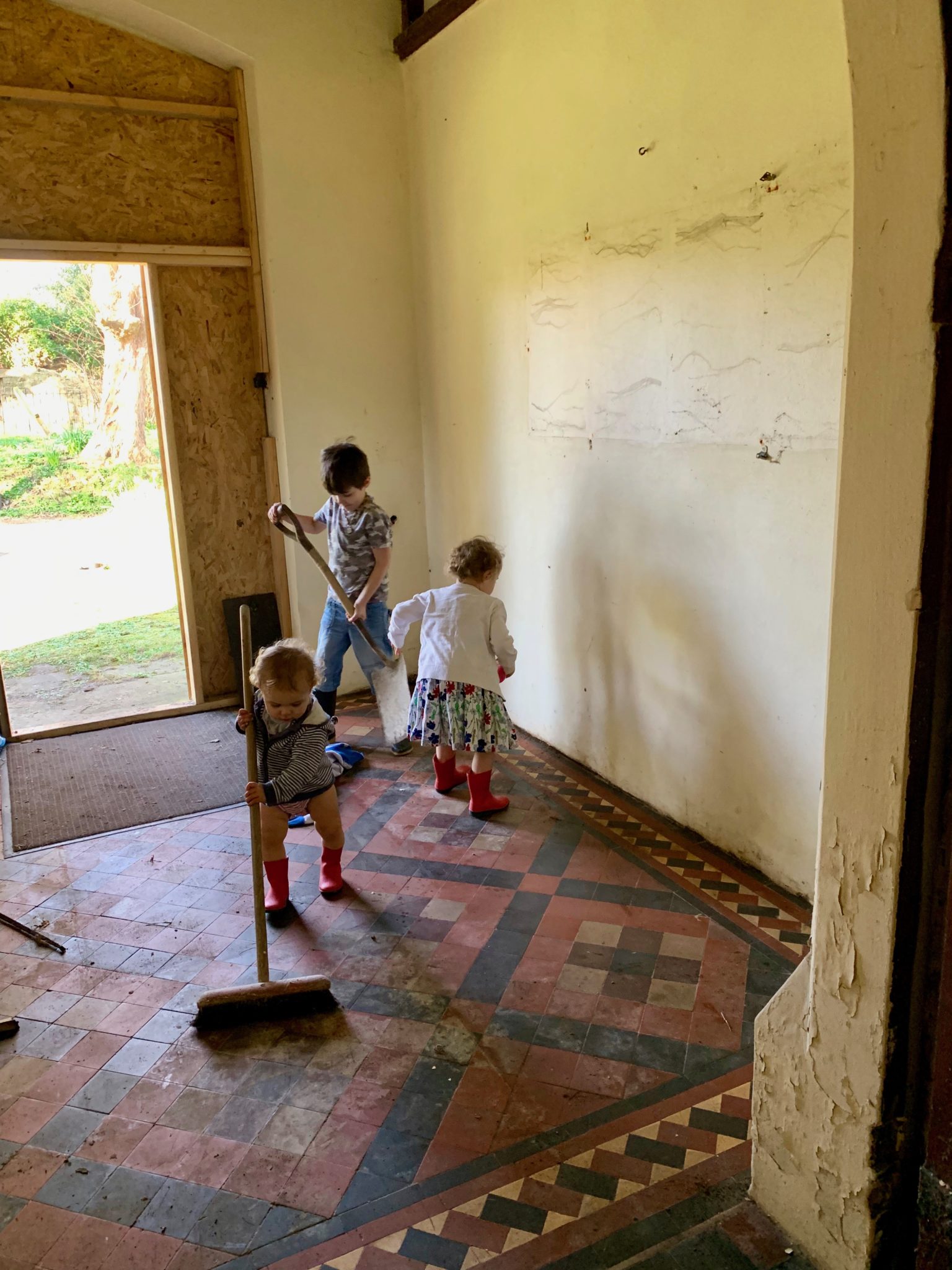 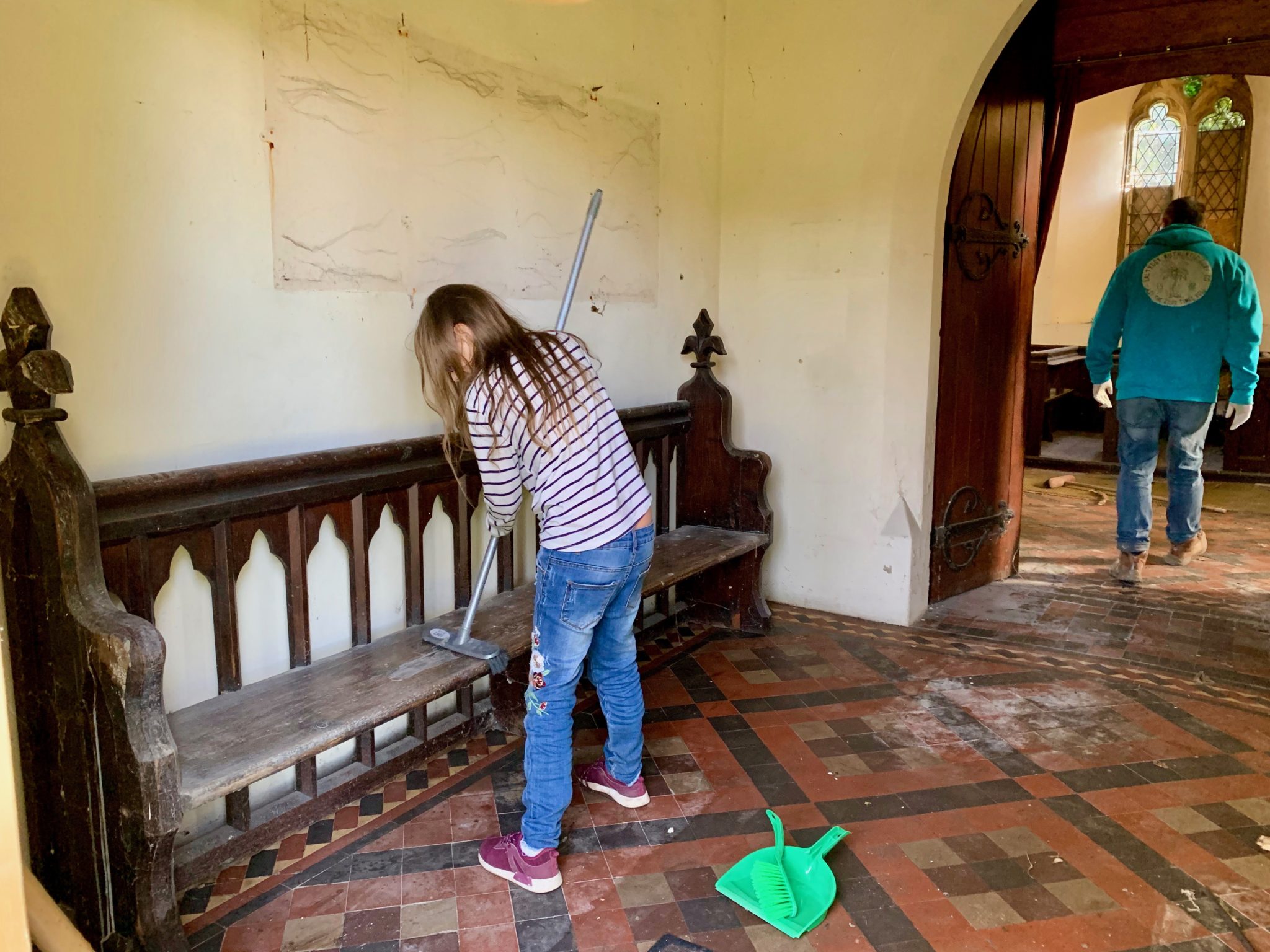 Whilst moving the pew we found a dug-out in the wall. The alcove was hidden behind some pew panelling at the bottom of the medieval tower, at the back of the church, near the main entrance. Having spoken to a historian it is believed that it’s a food bank where loaves would be left for poorer members of the community and workhouse folk to collect. 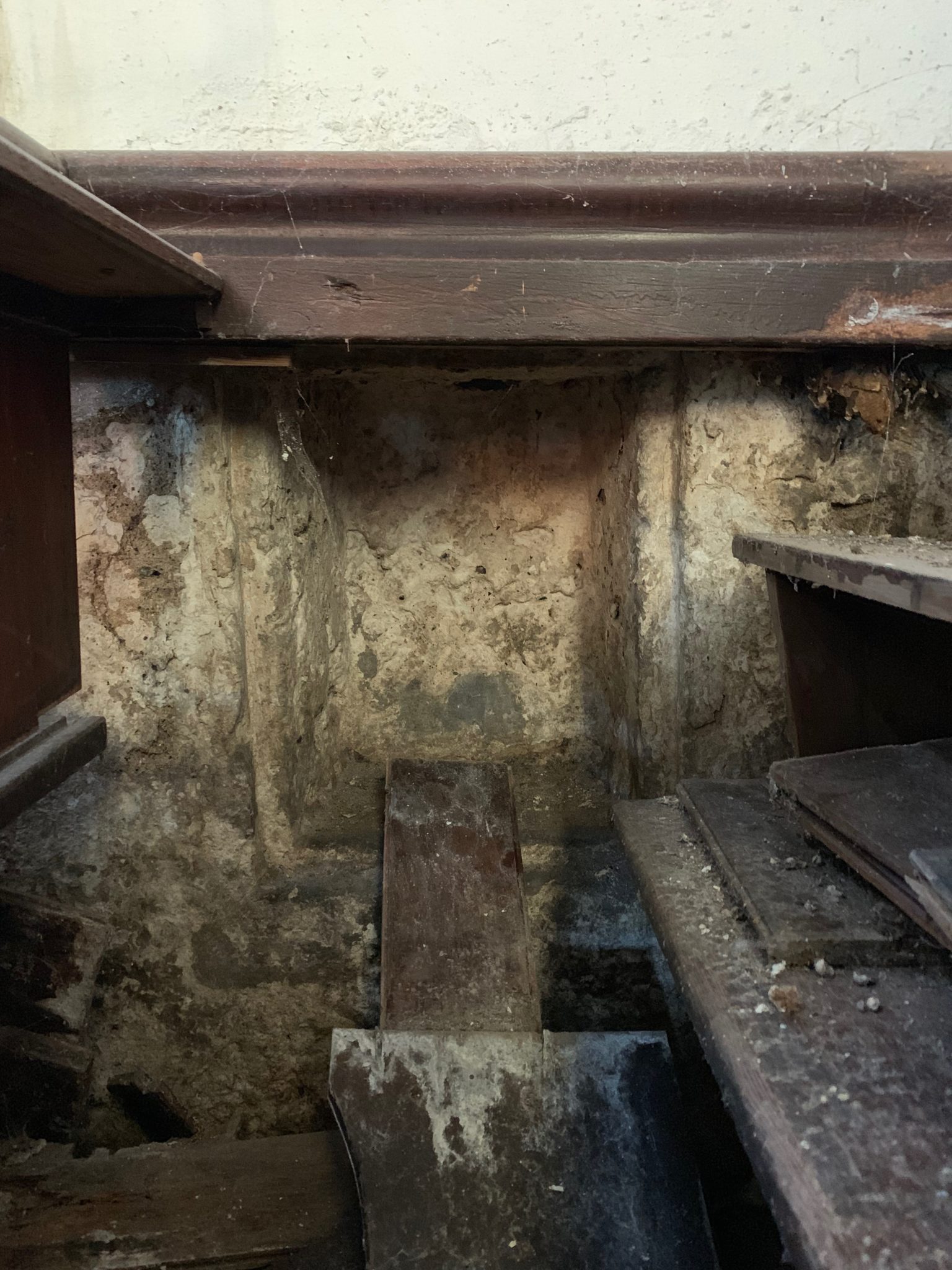 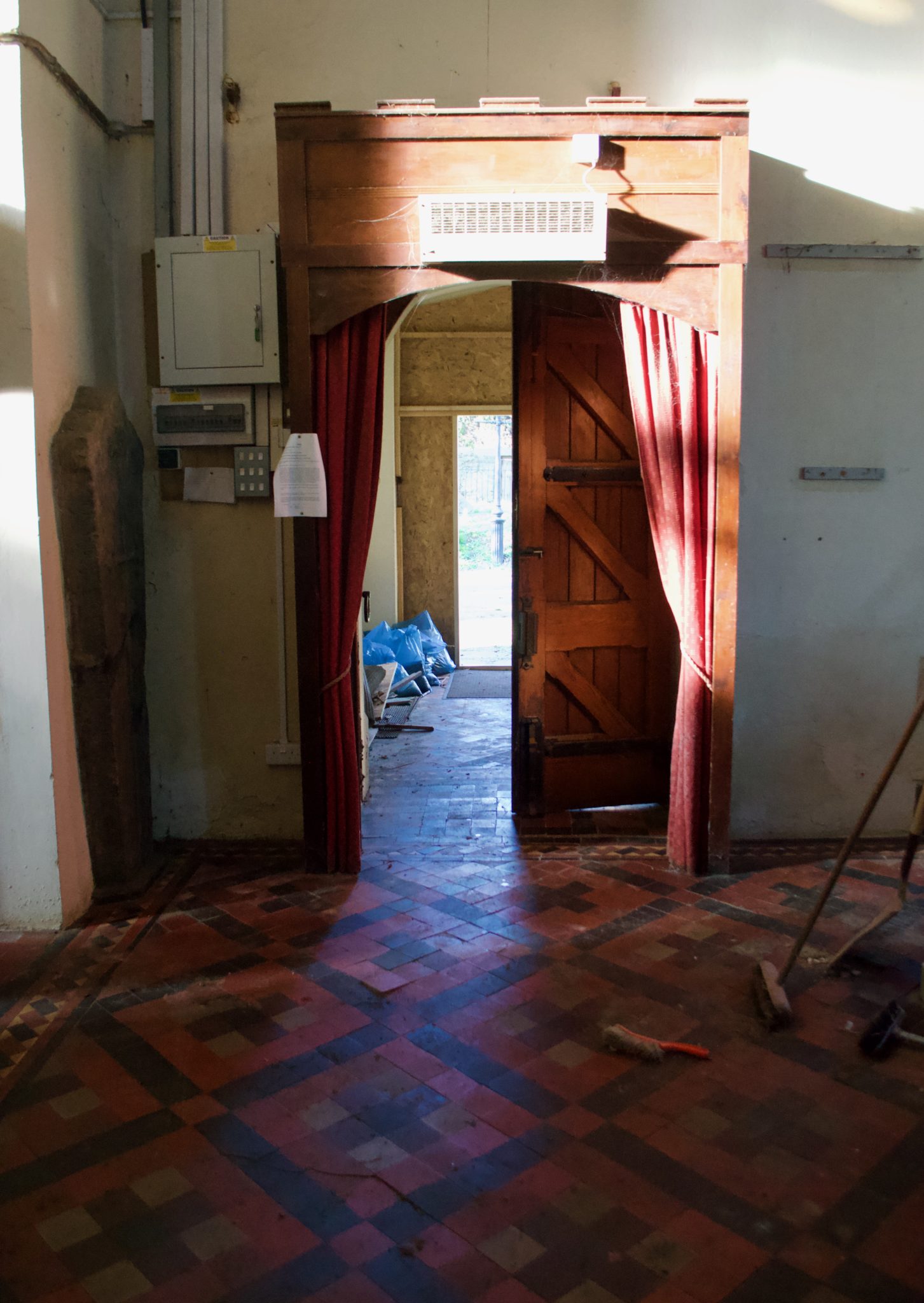 Our next mission was to clear the aisle and chancel area. The aisle has evidence of a leak from a broken window in the roof and there has been some plaster breaking away from the ceiling in the chancel. Despite this, it remains in a good condition. These are things that will be fixed in due course and given the harsh winter spells we have had over recent years the damage is minimal. 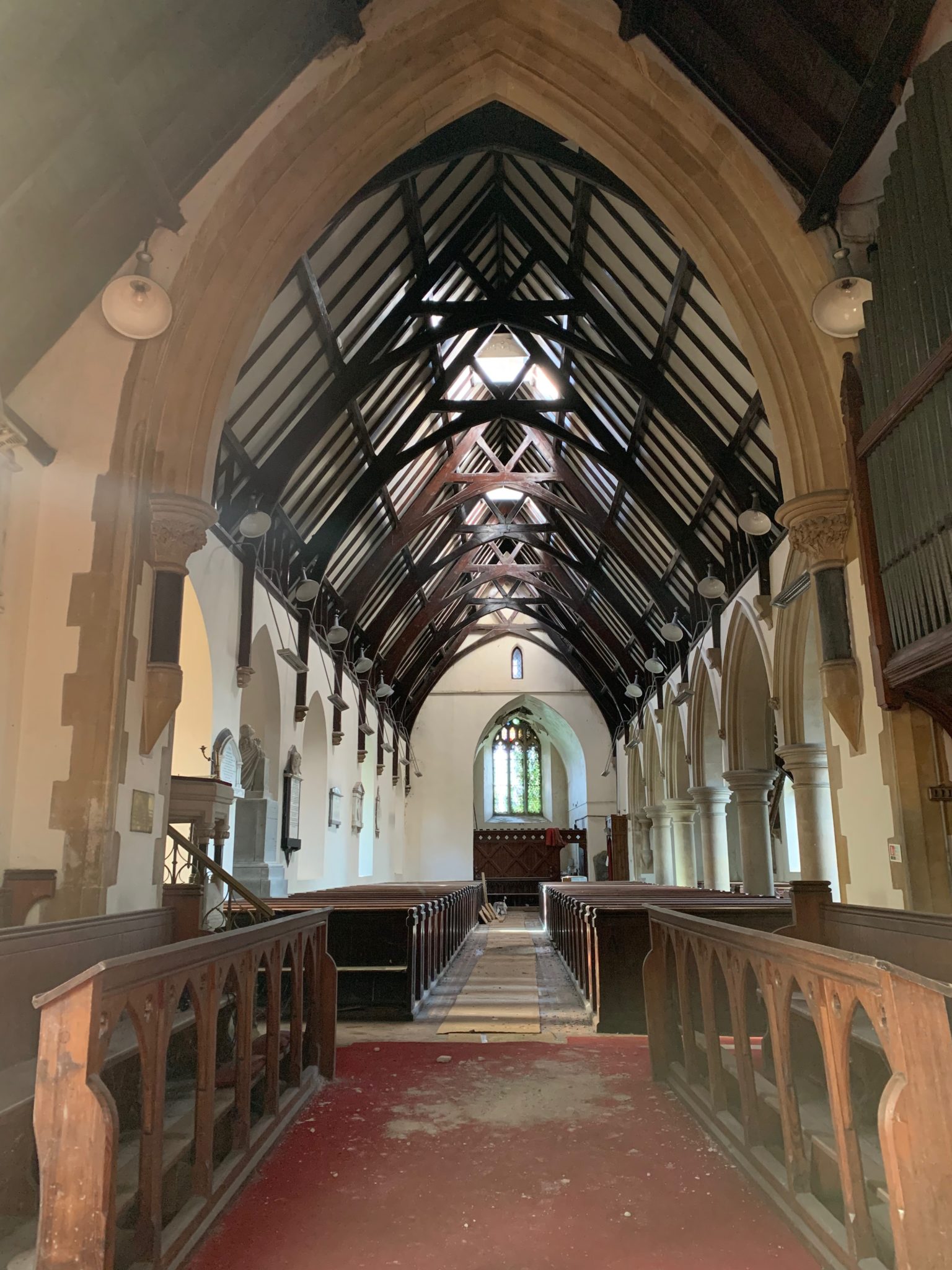 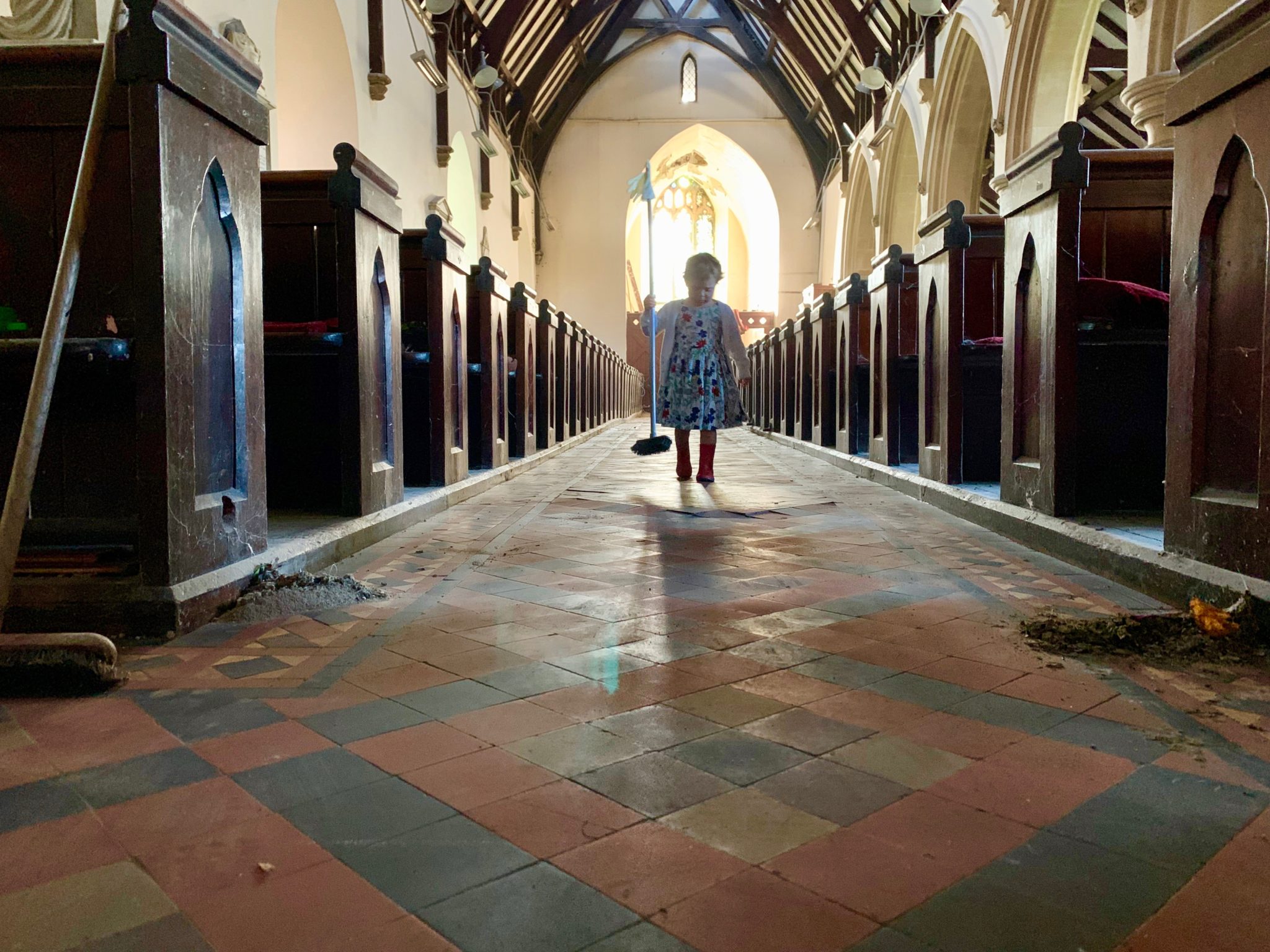 And there you have it! With an afternoon of sweeping and bagging up the chancel looked glorious. 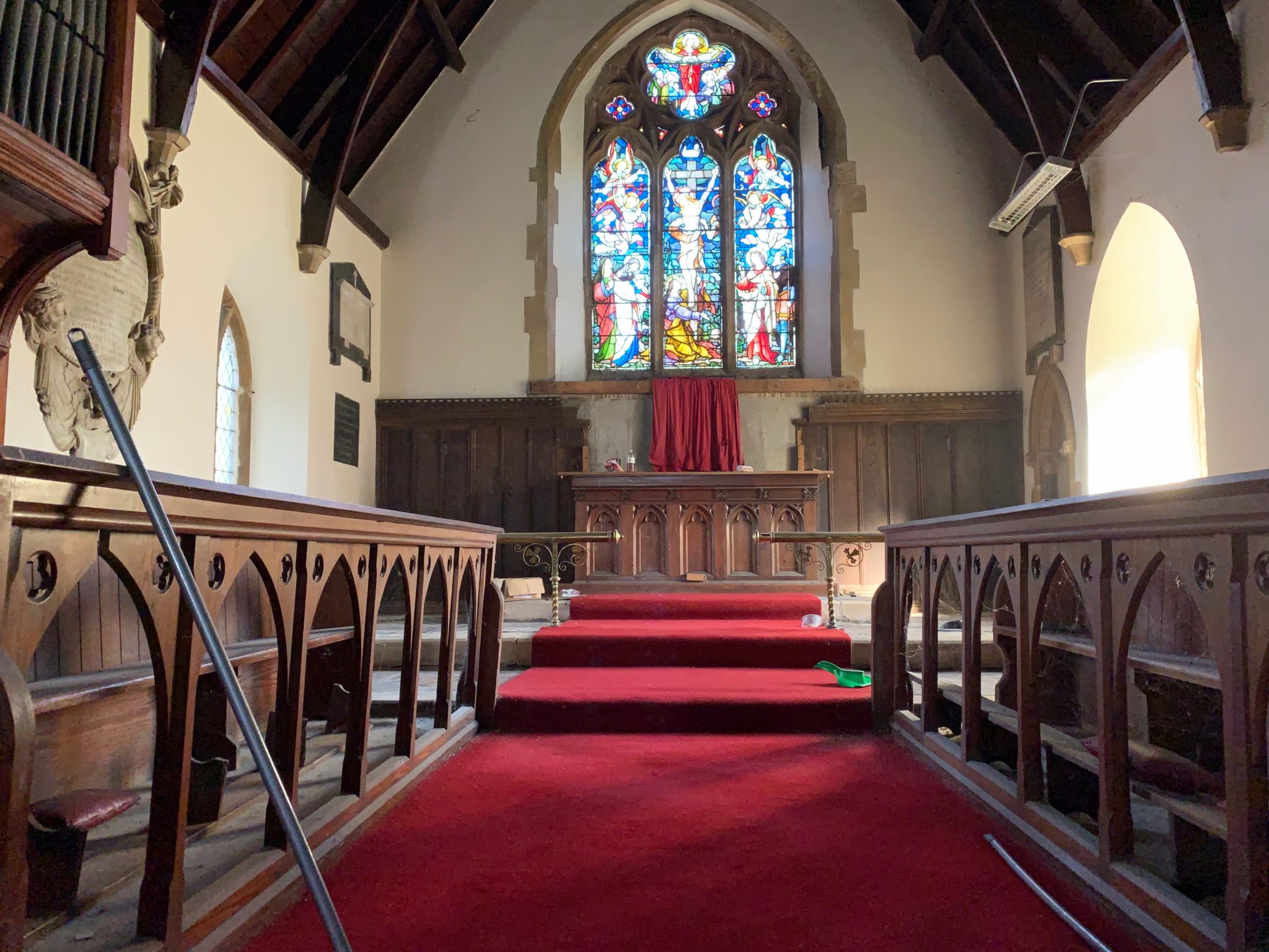 It’s such an incredibly beautiful building and cleaning it is a pleasure. It’s very early on in the process and each step is teeny but boy oh boy does it feel good to step back and watch this building starting to bloom again. 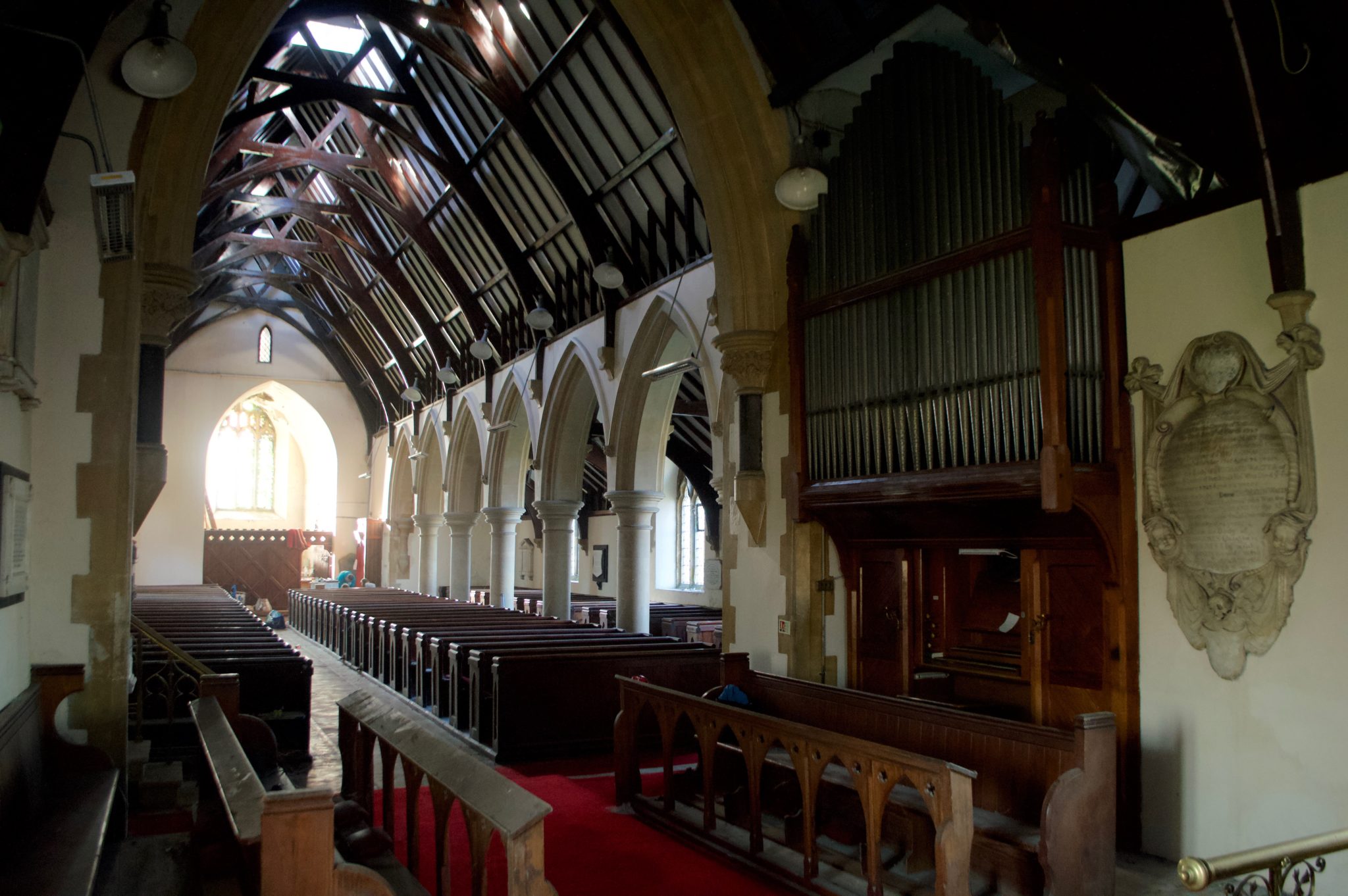 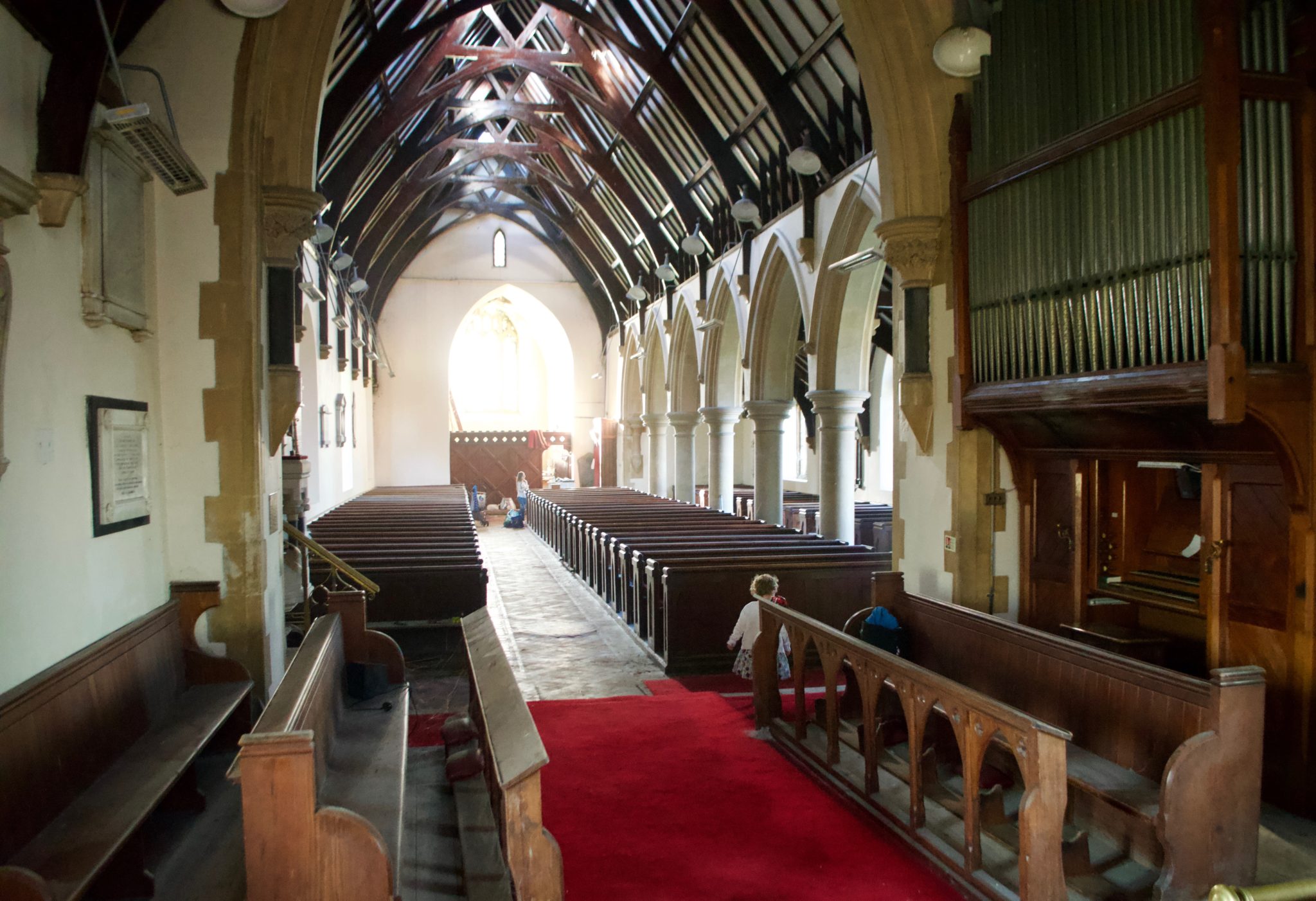 All in all the children worked really hard and it was lovely to see them having such a hands-on input into their new home. And it wasn’t all work work work. We had plenty of time to have some fun too and the aisle made for the most perfect run for some wheelbarrow racing. It was beautiful to hear the walls of Holly House echoing with laughter. 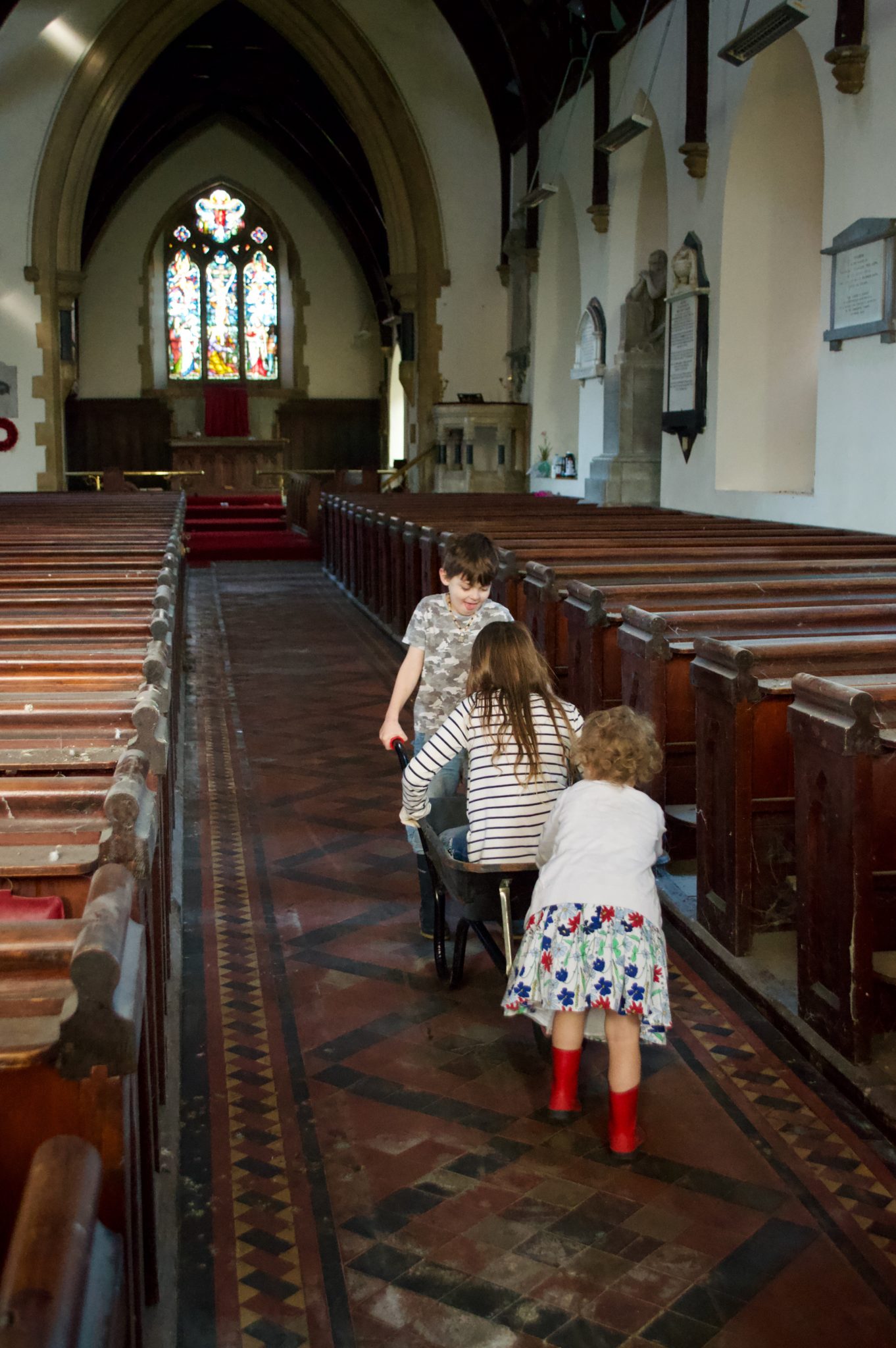 Let There Be Light – Power Returns To Holly House

Cleaning Out The Tower At Holly House