You are here: Home / As They Grow / Caterpillar Company 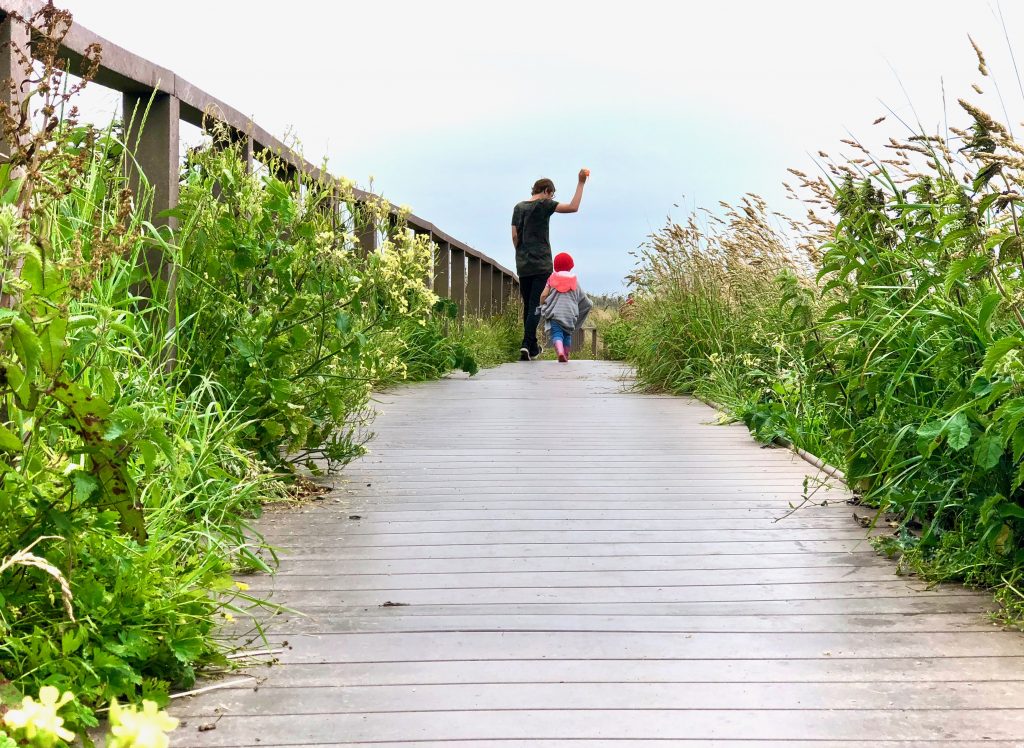 And today it was the smallest of things that showed me what a huge connection the teenager and the toddler have. An encounter that brought them together, as close as close as could be. A moment they entwined within each other’s company as I stood on and watched with a knowledge that these two share a beautiful bond.

We headed to the ocean for a walk and while there we crossed paths with a caterpillar. 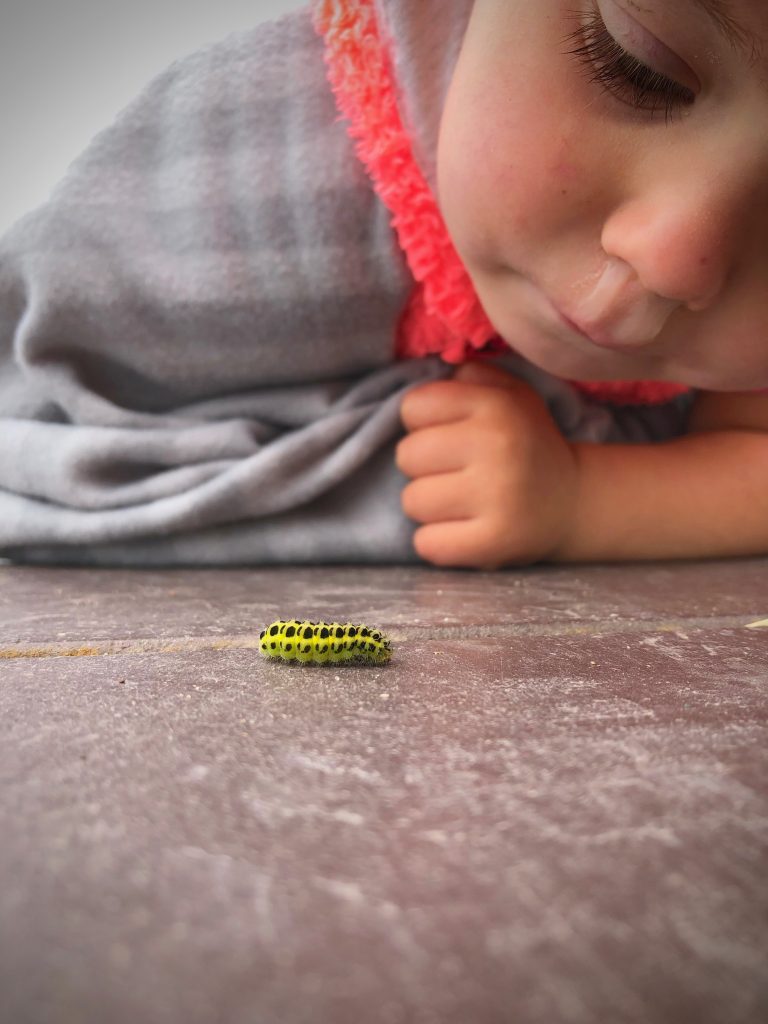 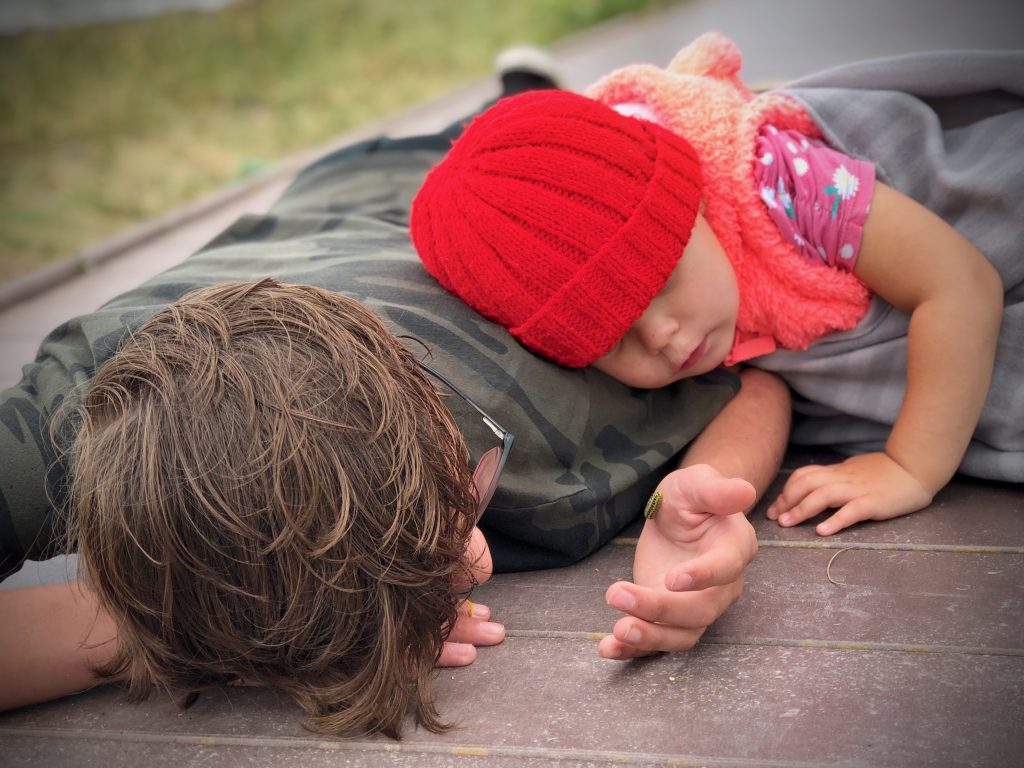 As the teenager spotted the caterpillar he proceeded to introduce it to Boo.

She immediately dropped to the floor for a closer inspection as it ambled across the walkway.

‘Pick it up! Pick it up!’ she shouted at him, so he lay on the ground at her level to share in her excitement. 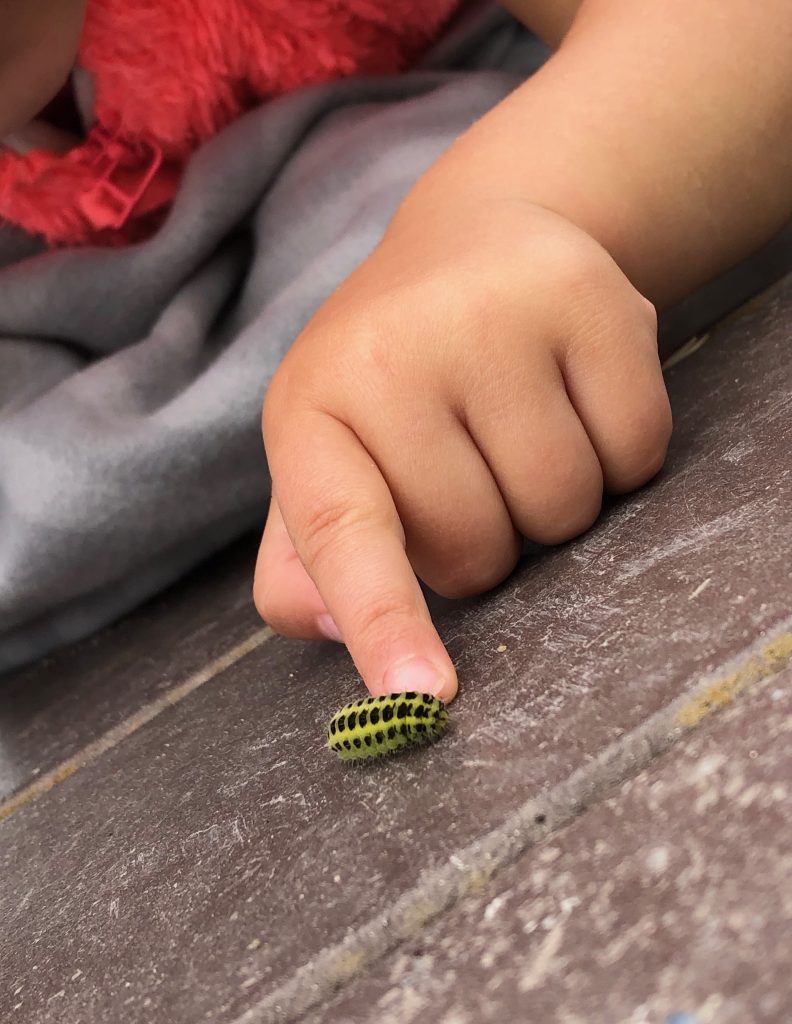 …and his excitement at the encounter was just as evident too! 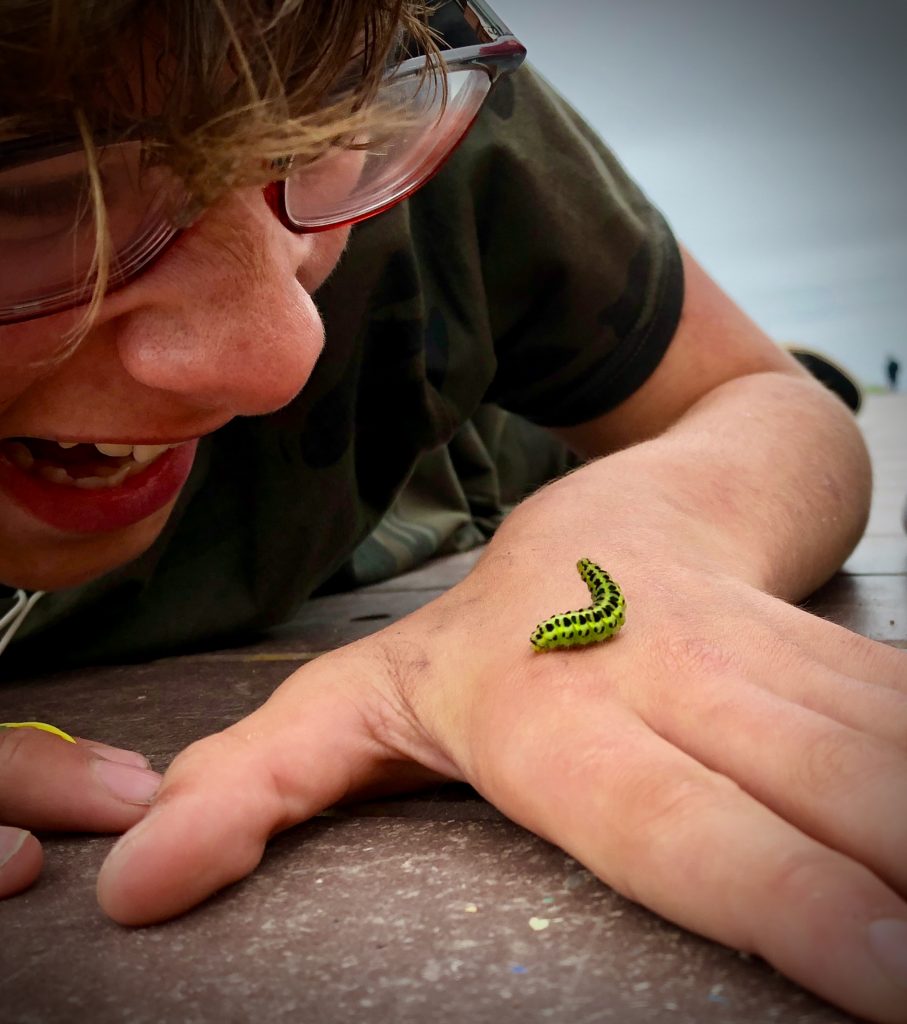 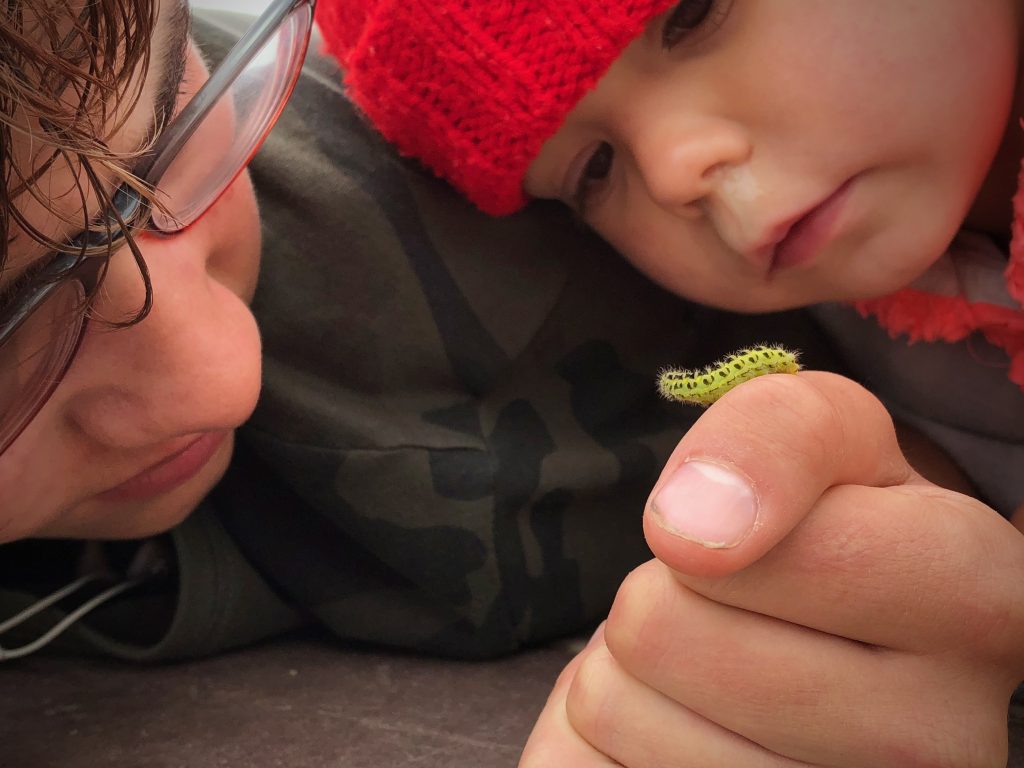 …and the little fella really seemed to be returning the intrigue. 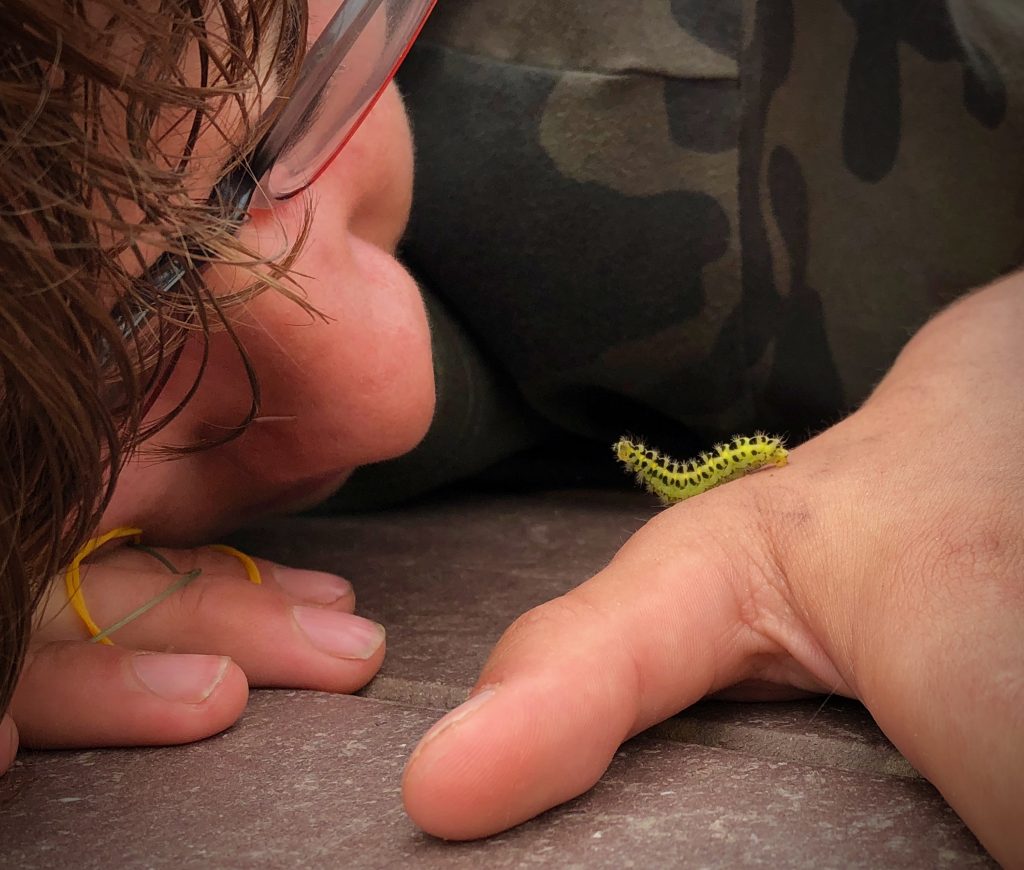 They spent ages watching it, feeling it wiggle across their hands and seemingly looking into its eyes. They smiled at each other time and time again and held each other’s attention. They lay in a comfortable world of their own sharing moments of silence and exuding the curiosity together. 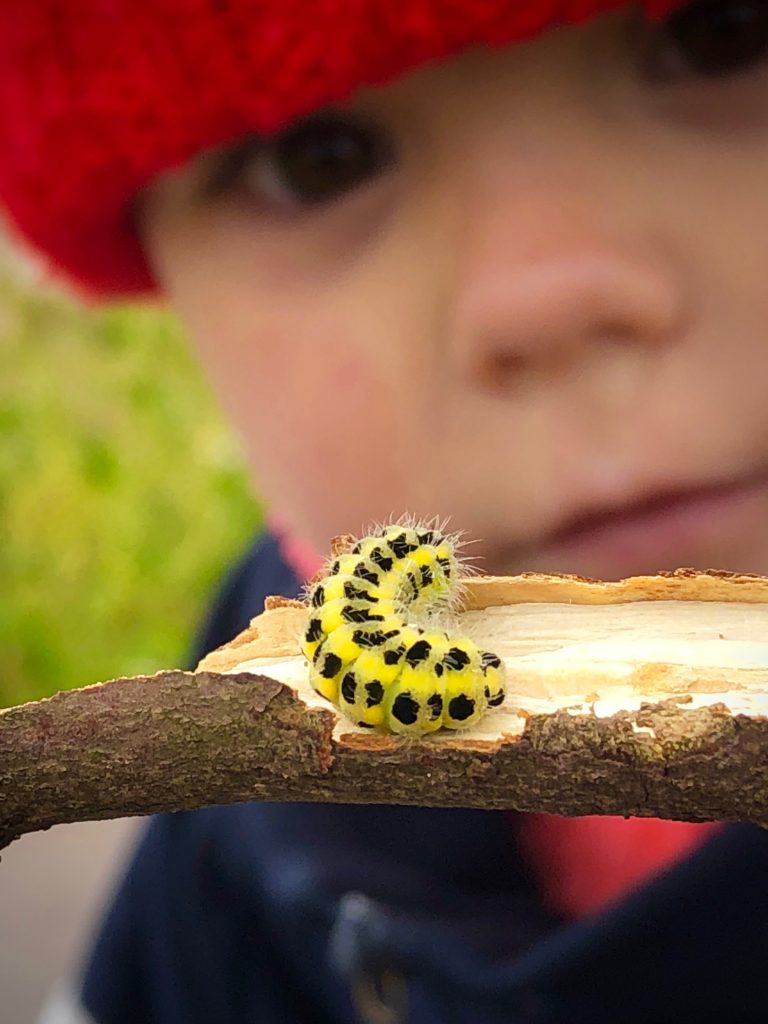 After the moment shared, they gently picked up the caterpillar and popped it in the grass and said farewell. 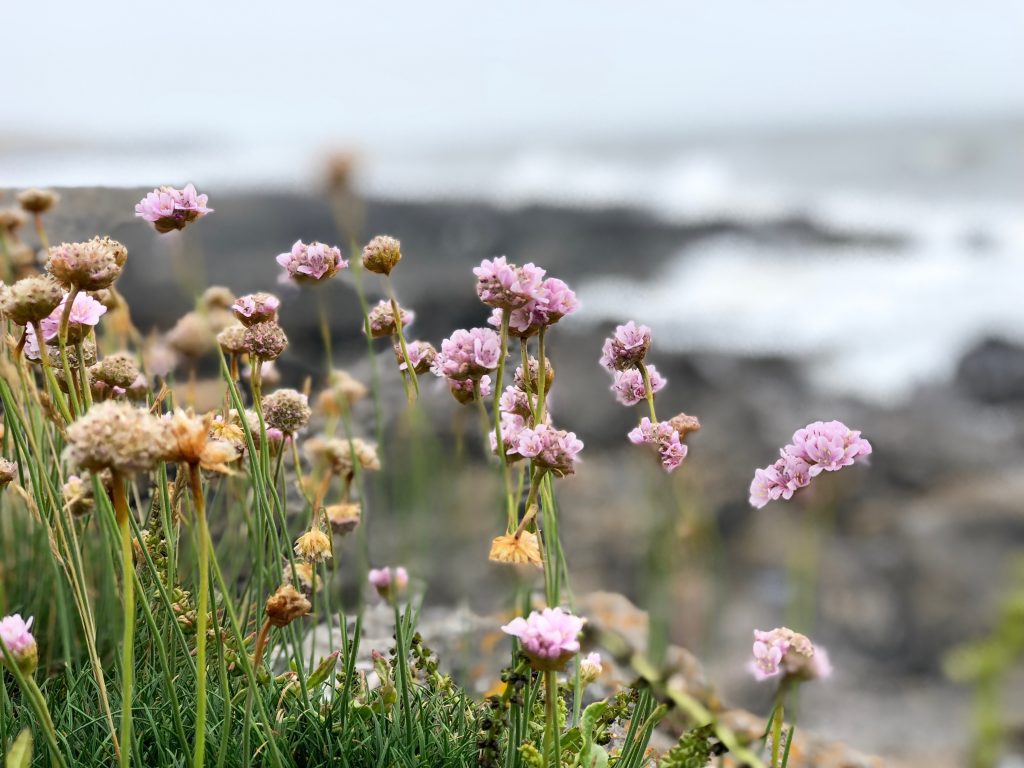 With the moment captured, and the closeness between them strengthened that little bit more, we headed home. And although I didn’t have a hand to hold I was completely content watching them hold onto each other’s hearts tightly. 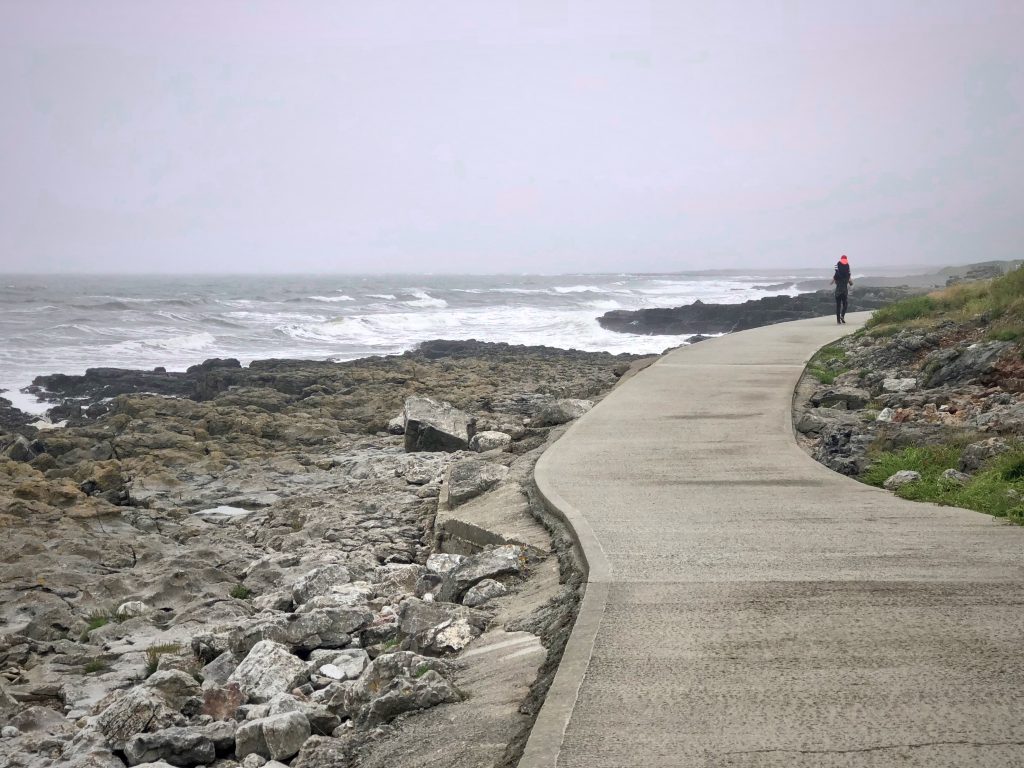 A Letter To My Big Brother

Changing In The Ranks