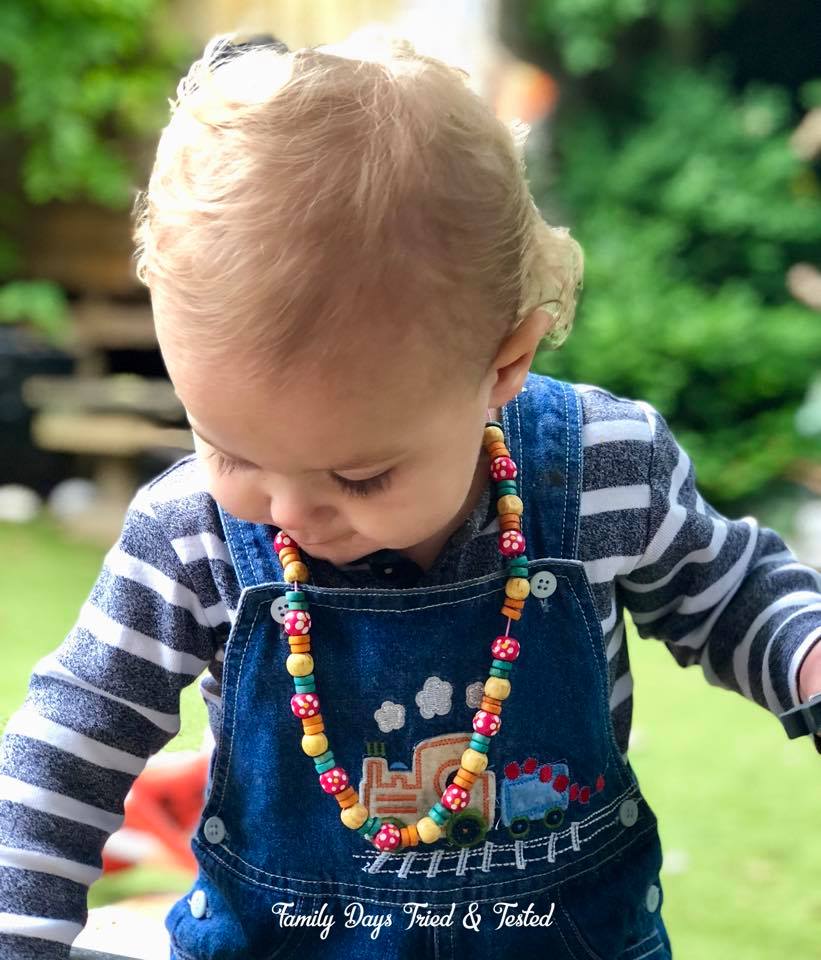 As Boo was choosing herself a necklace from the knee-height display cabinet in the charity shop, Jude bounded in with his chunky heavy handed fingers & grabbed one too. He was not letting go.

“You don’t need one darling. Boys don’t wear necklaces,” the shop assistant told him as she tried to prise it from his hands.

If ever there was a sales pitch to encourage you to buy something then that was the clincher and the deal was done and dusted right there before she’d even finished her sentence.

I paid the £1 and managed to prise the necklace from his hands to pop it on.

He may only be the littlest of boys but he was chuffed to beans.

No doubt it’ll be discarded under the sofa and forgotten about but for now, he’s highly decorated and super pleased.

He’s a child. He reached for his own happy within something that took his eye and that’s what matters.
Hold onto that Judey boy with the same force that you held onto that necklace.

Boo’s Basket – A Reminder Of Home

The Many Faces Of Ms A