You are here: Home / As They Grow / Birthday Cake Alternative 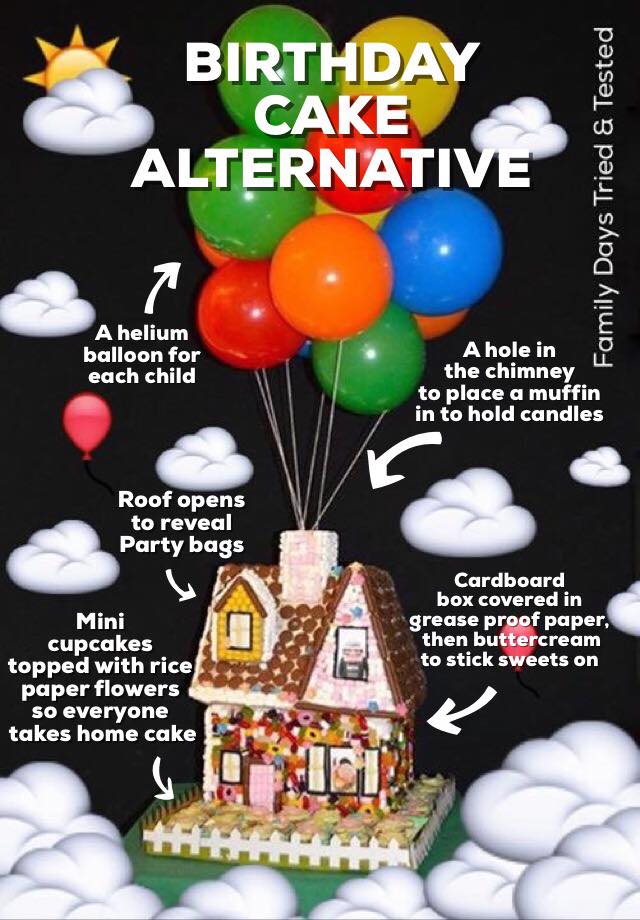 We decided to make an alternative birthday cake, our aim was to incorporate each child attending a birthday party getting a party bag, a balloon and the traditional cake to take home…we also needed the birthday child to be able to blow out some birthday candles….so we thought ‘outside the box’..or rather ‘inside the box’ and came up with a magical birthday cake with the ultimate surprise hidden inside!

So, our cake was basically a box covered in sweets with a removable roof that concealed party bags for each child (we opted for traditional 50p pic ‘n’ mixes as our party bags keeping in theme with the house).

The garden consisted of mini cupcakes topped with green buttercream icing and a sugar paper flower.

We covered the box with greaseproof paper.

I then used the top of the box as a base to build a roof using different cuts of cardboard and sticky tape, there was no plan or dimensions for this and i basically winged it. Once i was happy with the shape i also covered the roof with greaseproof paper too. I used cardboard to make a gallery window and a chimney that were slotted into holes and secured with tape.

After the house structure was complete came the fun bit of covering it with sweeties..

First we did the window frames, we added strips of liquorice which were secured by mixing together some icing sugar and water to form a paste..this was our glue. Alternatively you could buy a pot of ready made buttercream and use that (we did this later on to finish the roof). 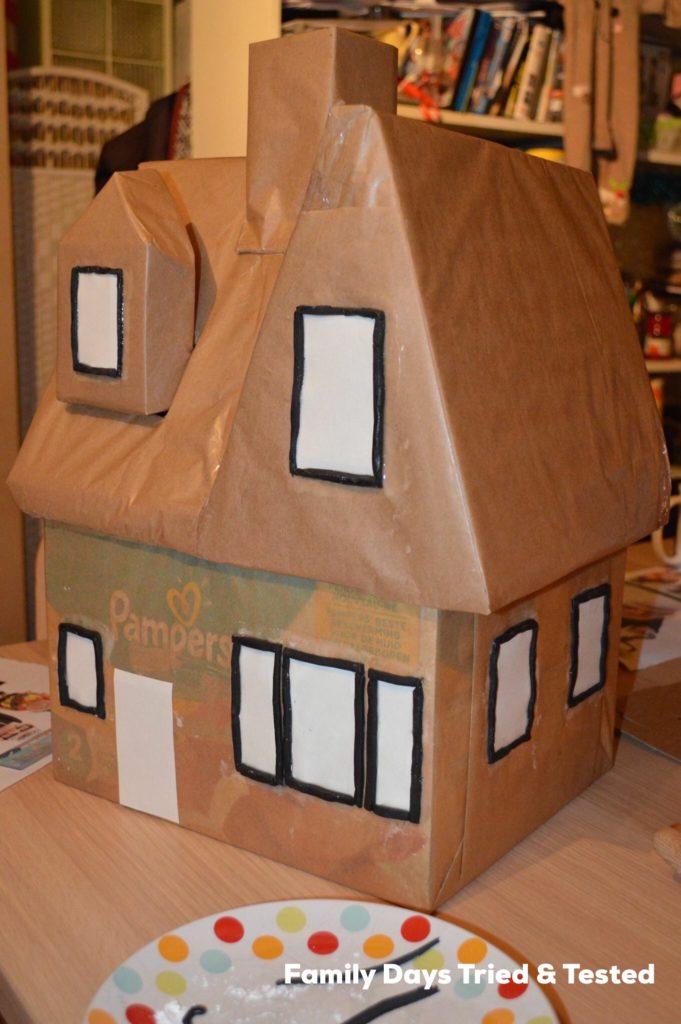 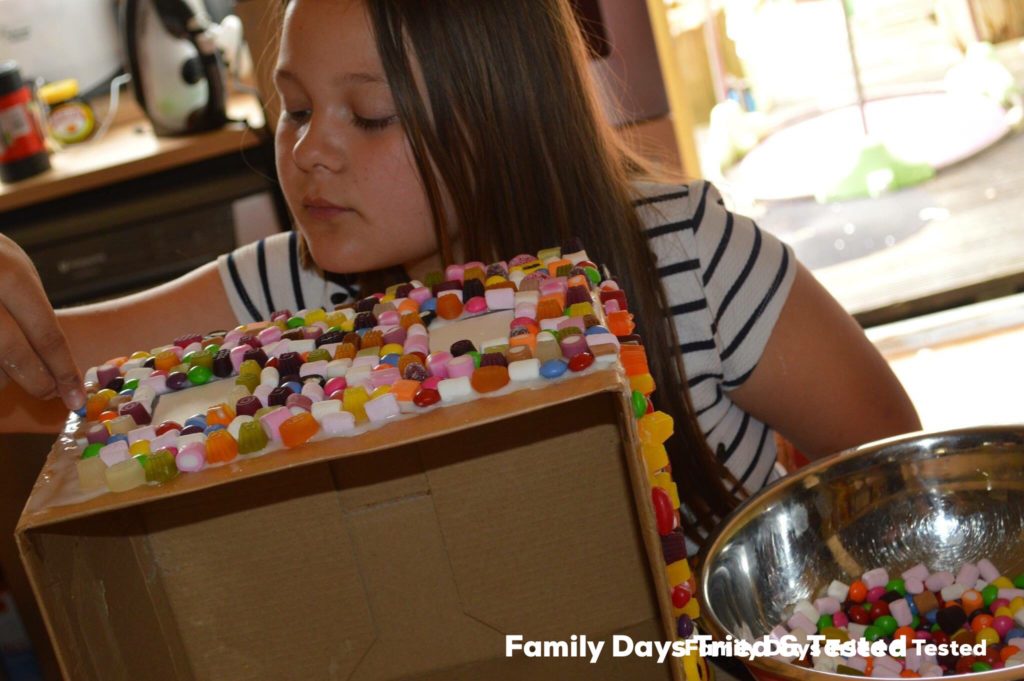 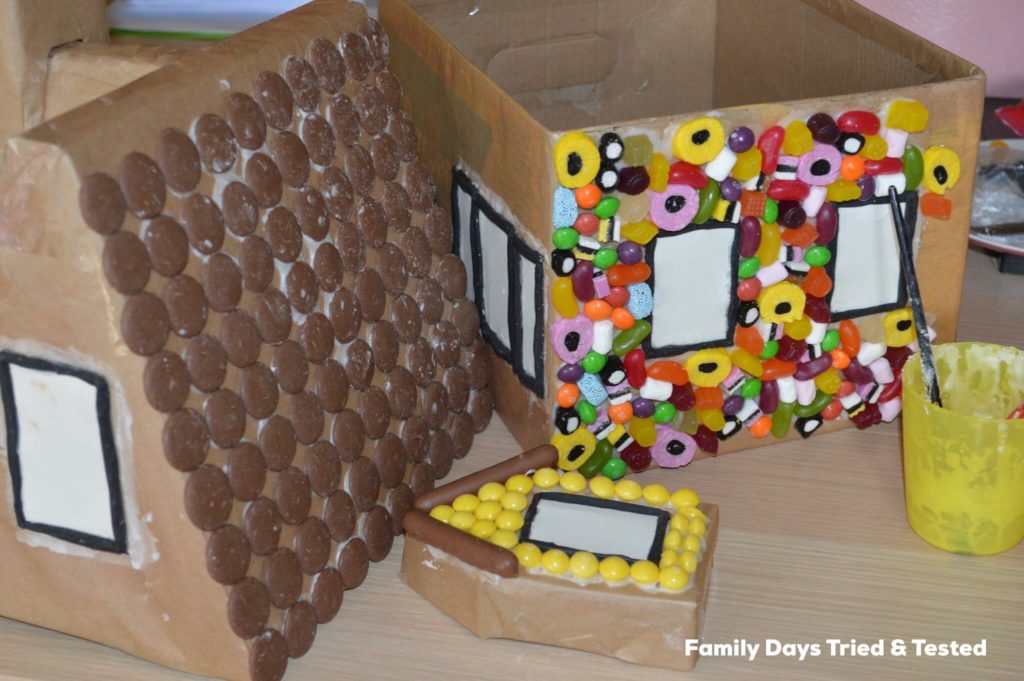 We printed off some UP characters to place in the windows and used a tray layered with green napkins to act as the garden and enable us to transport it. 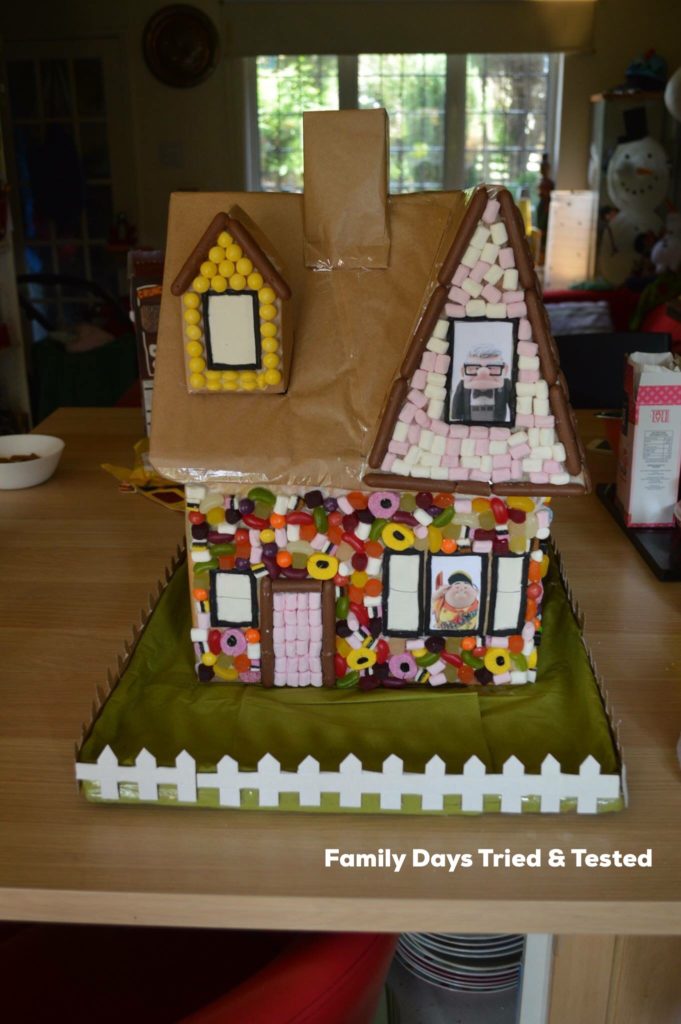 We made our picket fence by cutting out lengths of white card. 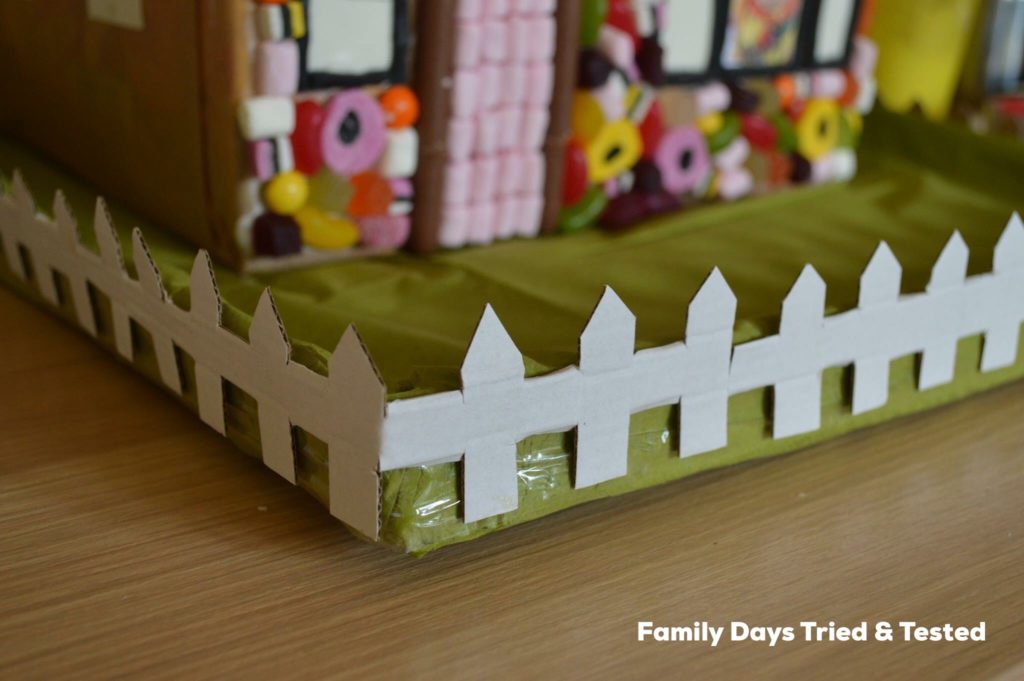 We finished by ladening the garden with mini cupcakes.. 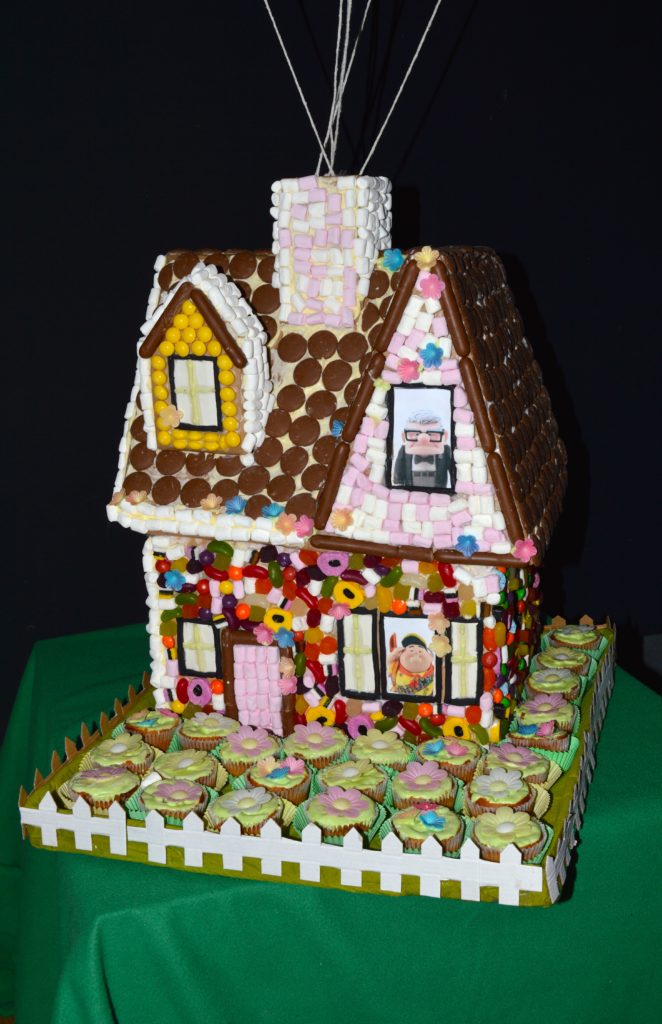 And all  that was left was to take it to our party venue, fill it with the party bags, and place the helium balloons in the chimney until it was time to sing happy birthday…we then simply removed the balloons from the chimney and replaced them with a muffin topped with candles… 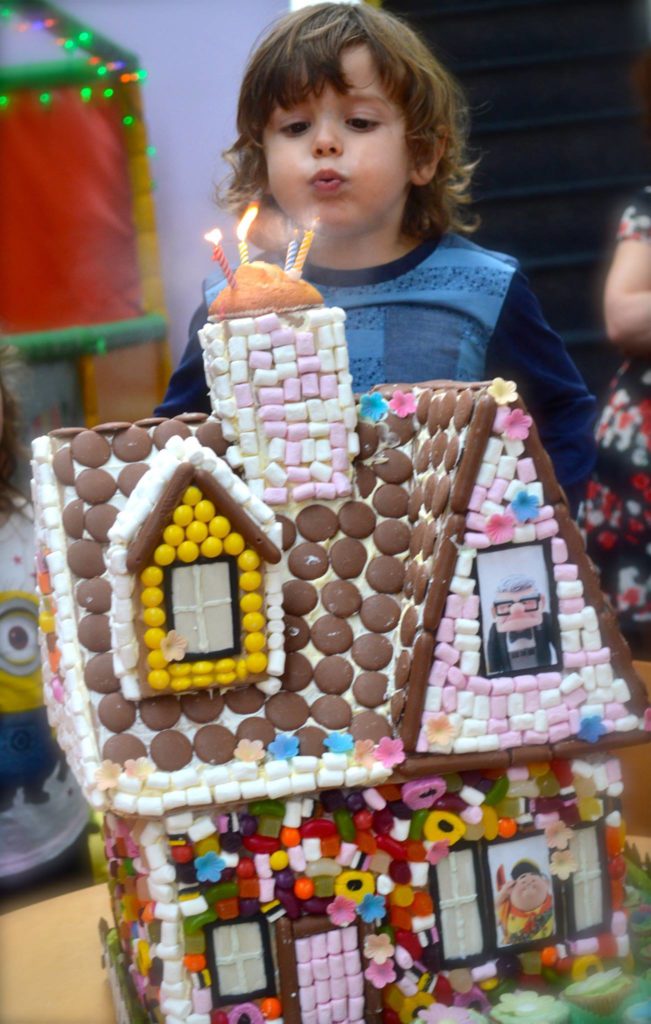 We spent the next few days picking off the sweeties 🙂